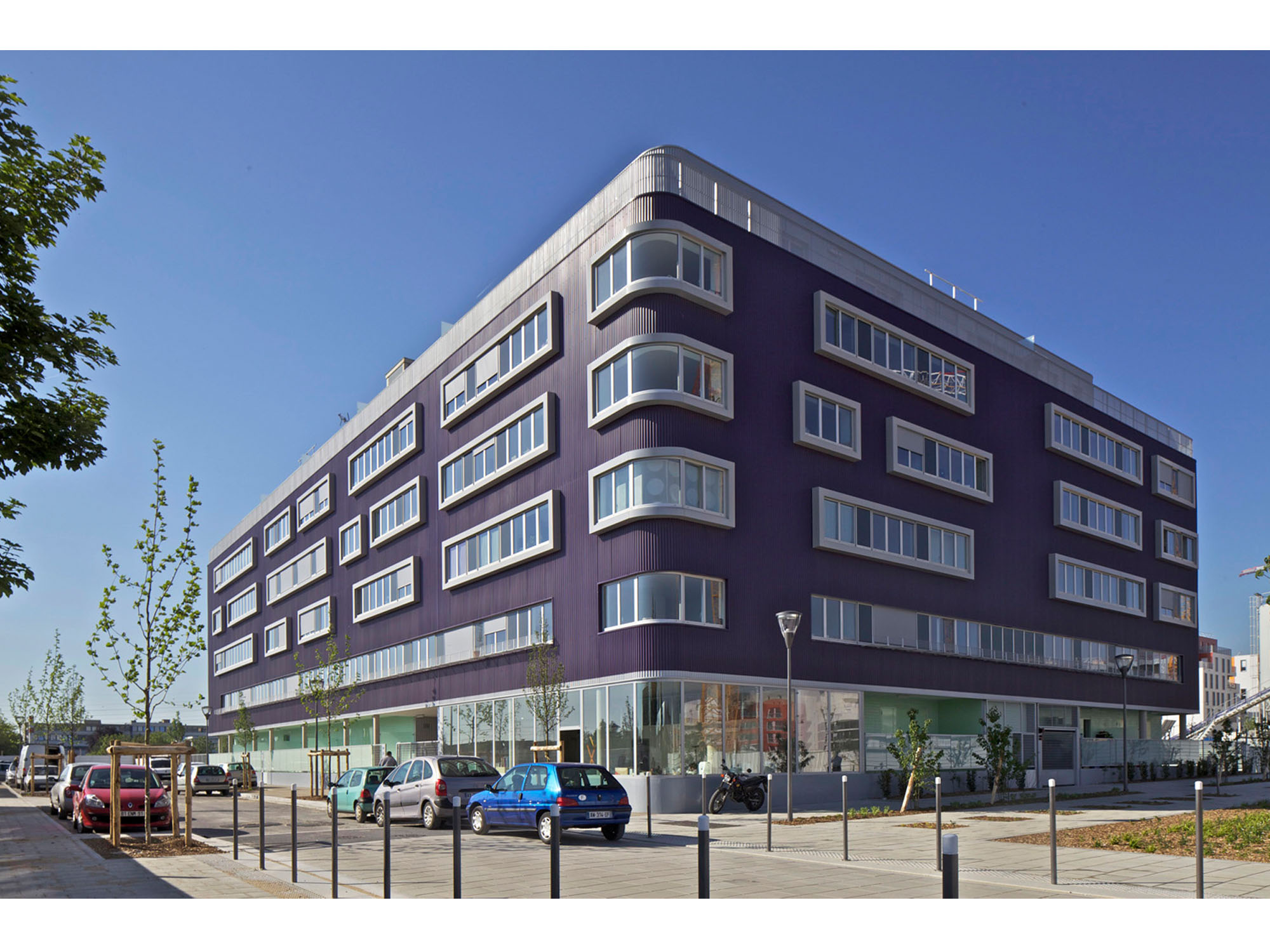 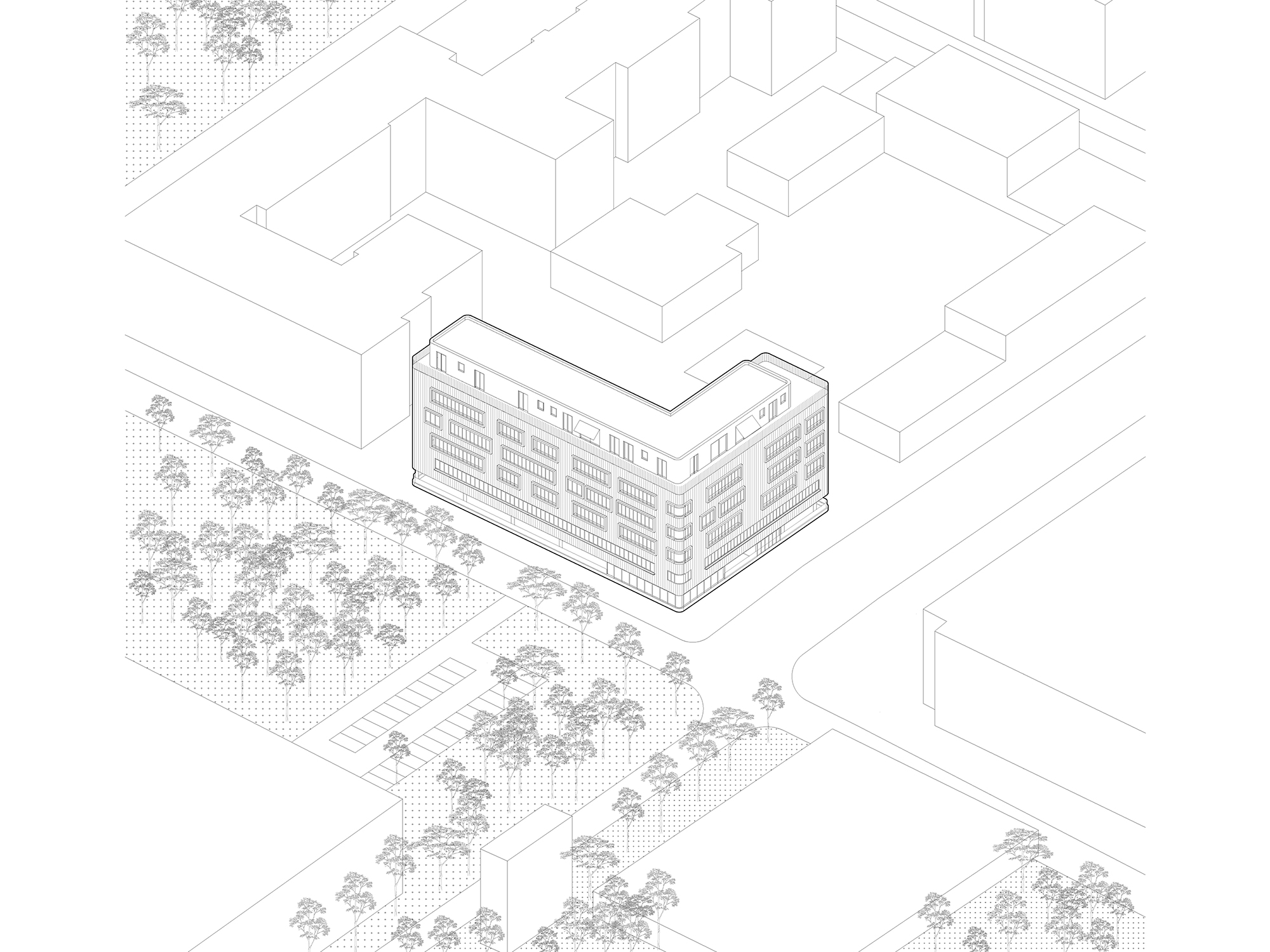 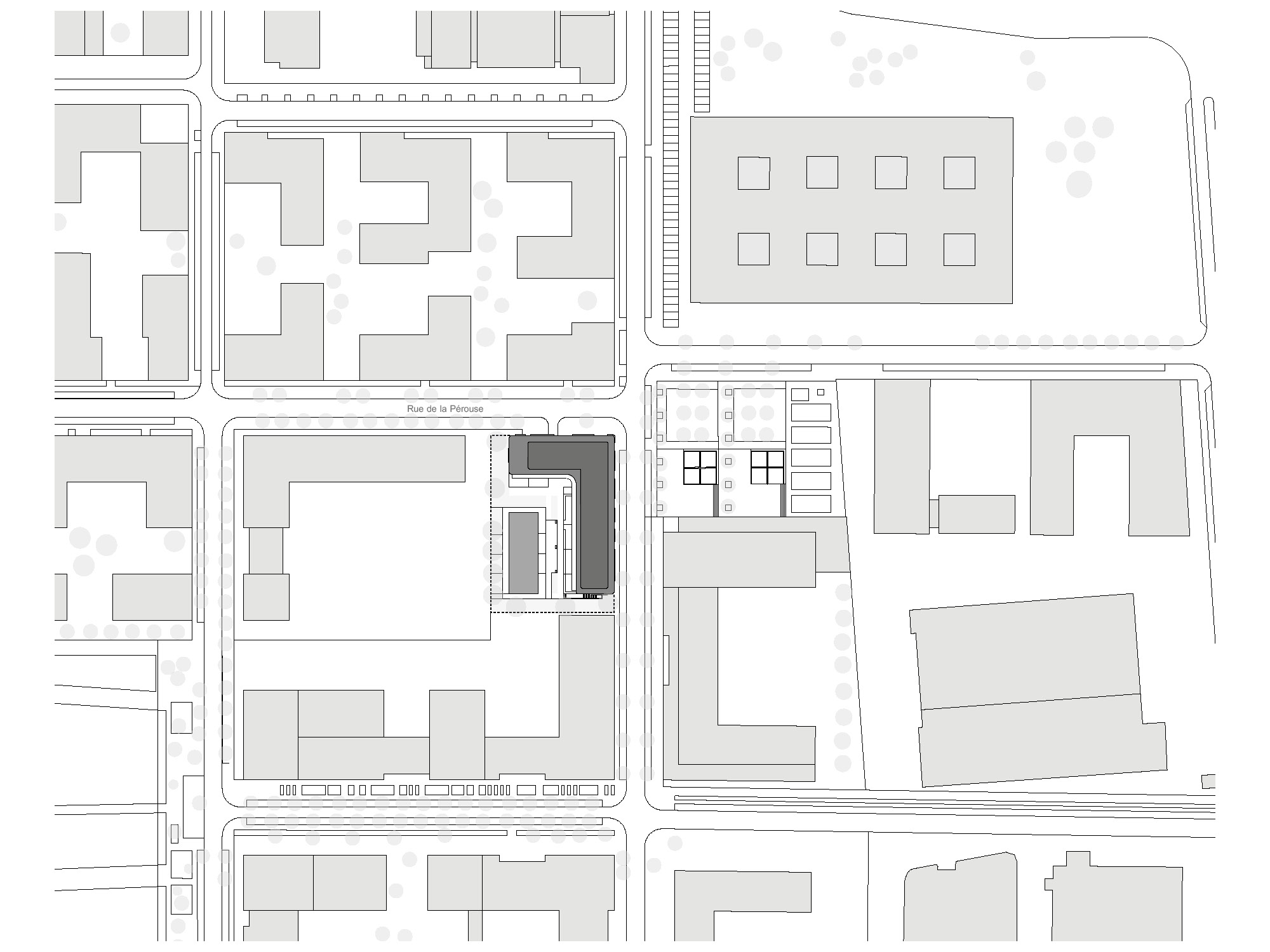 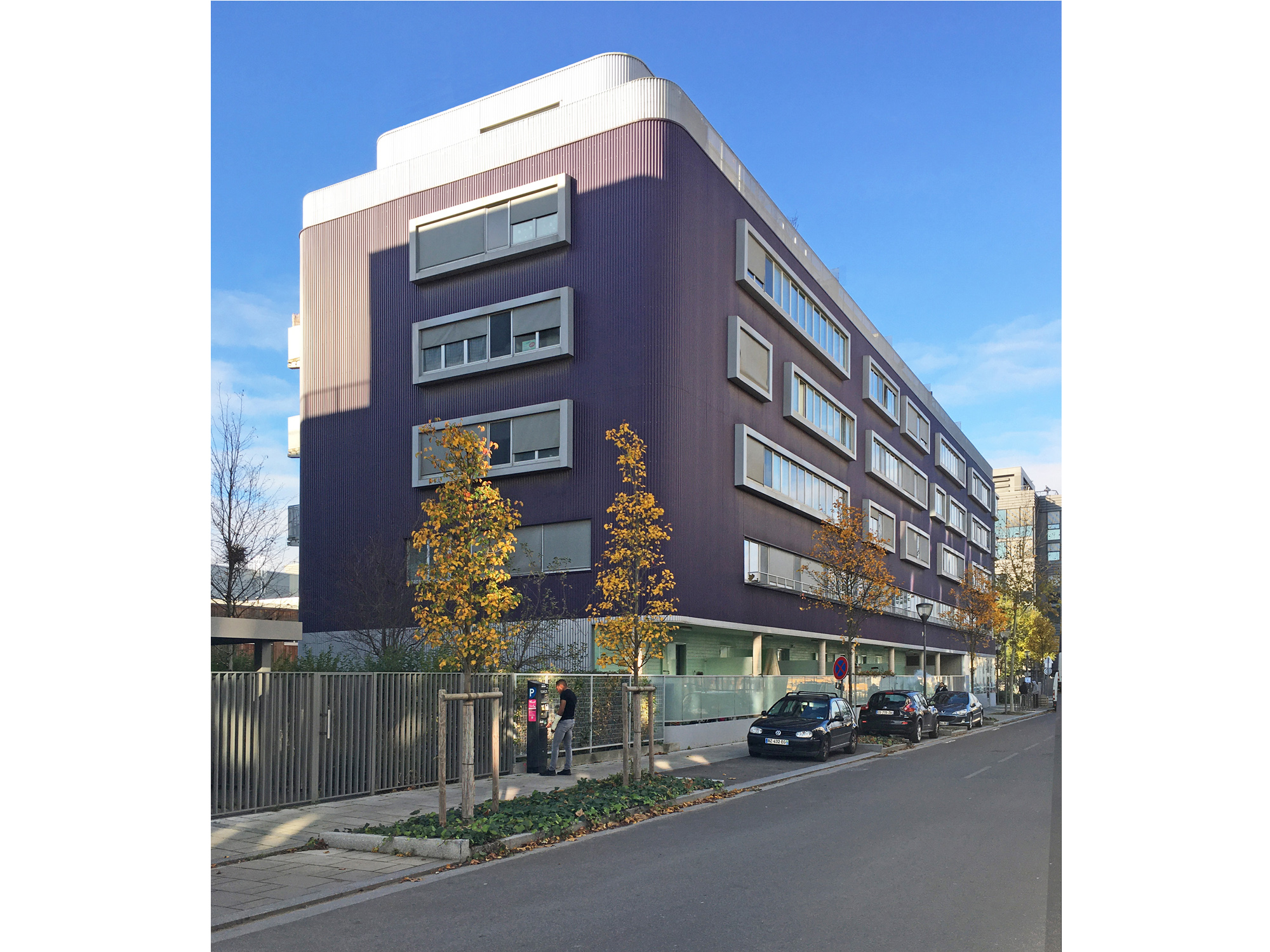 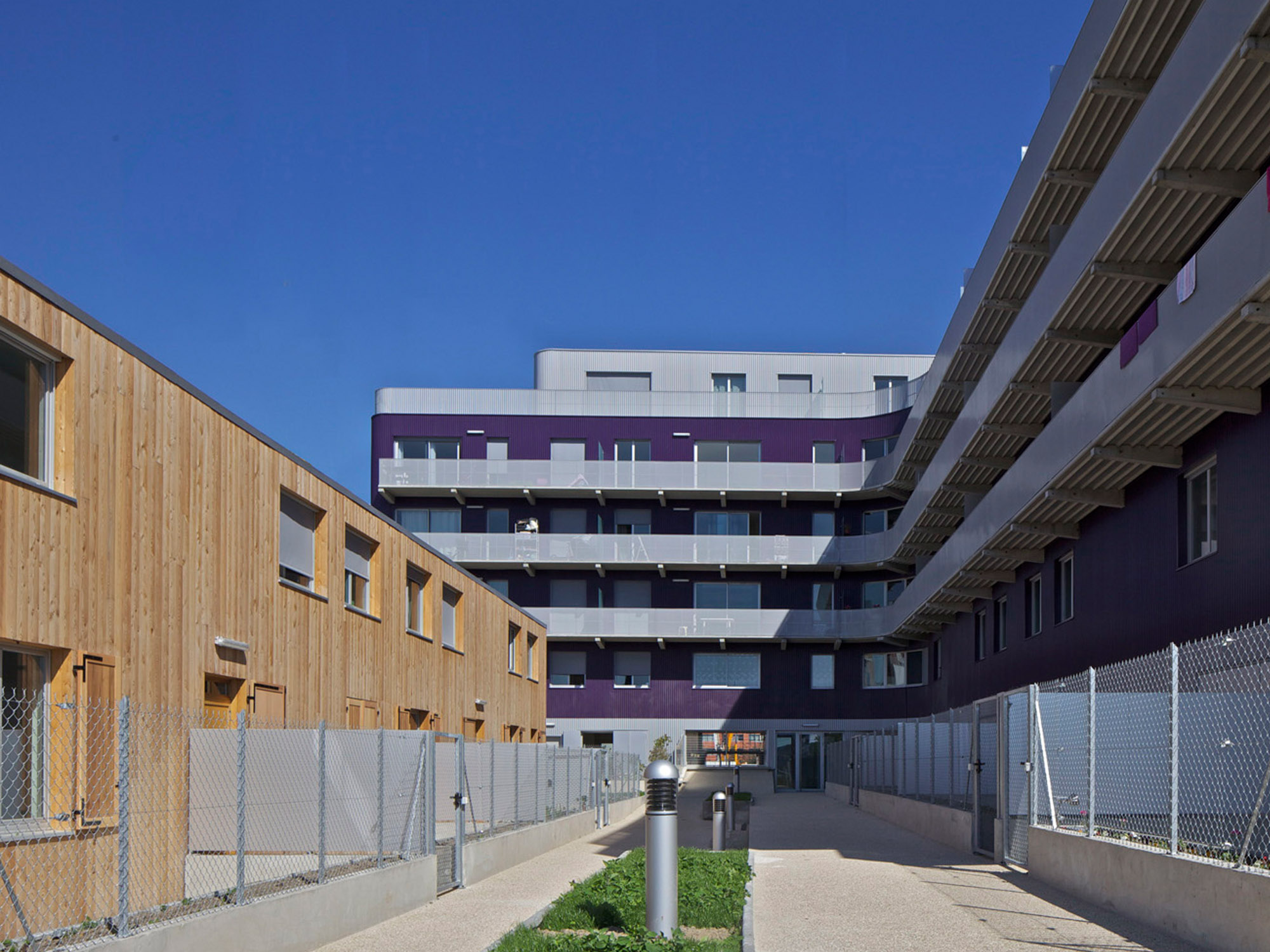 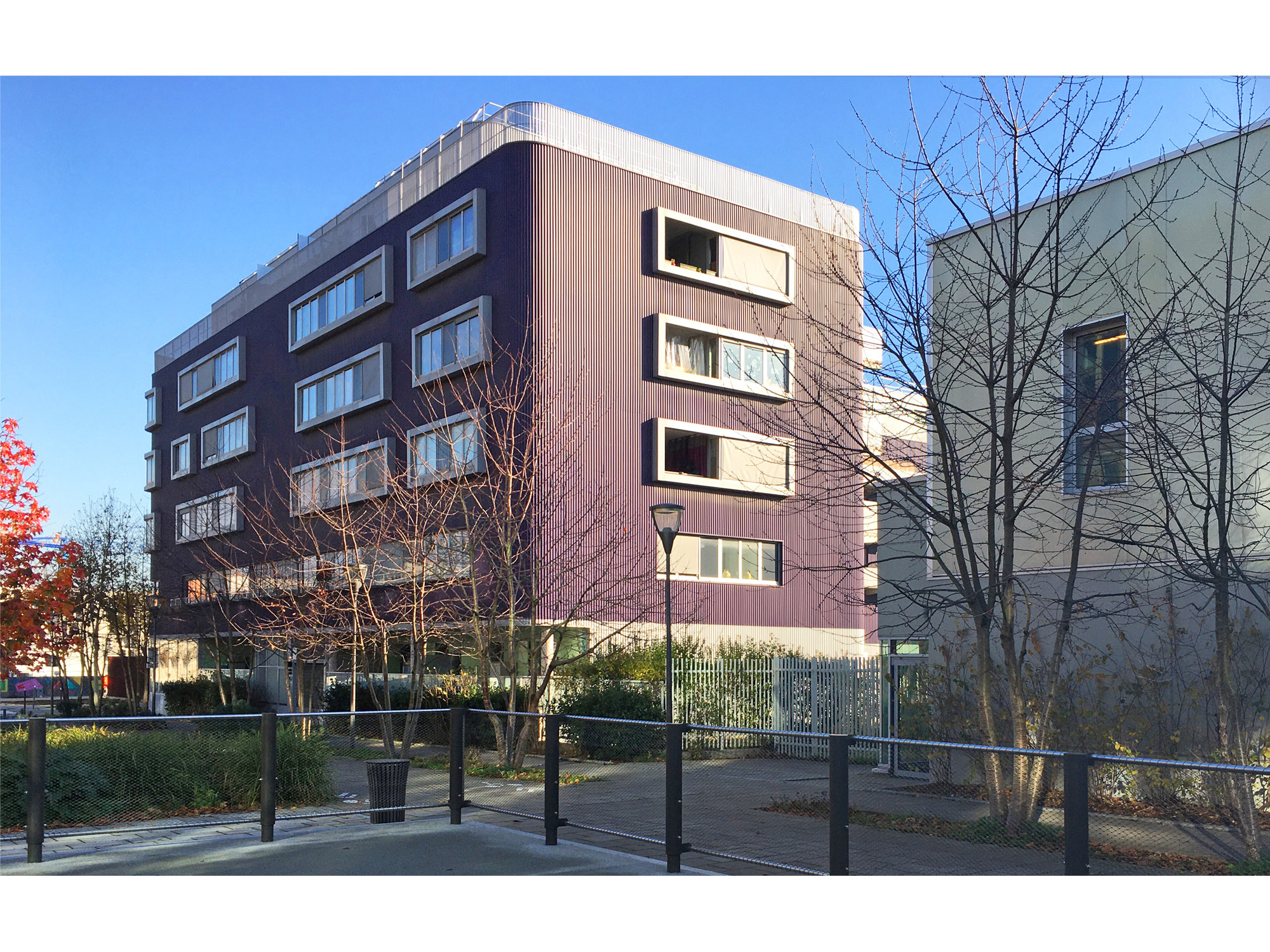 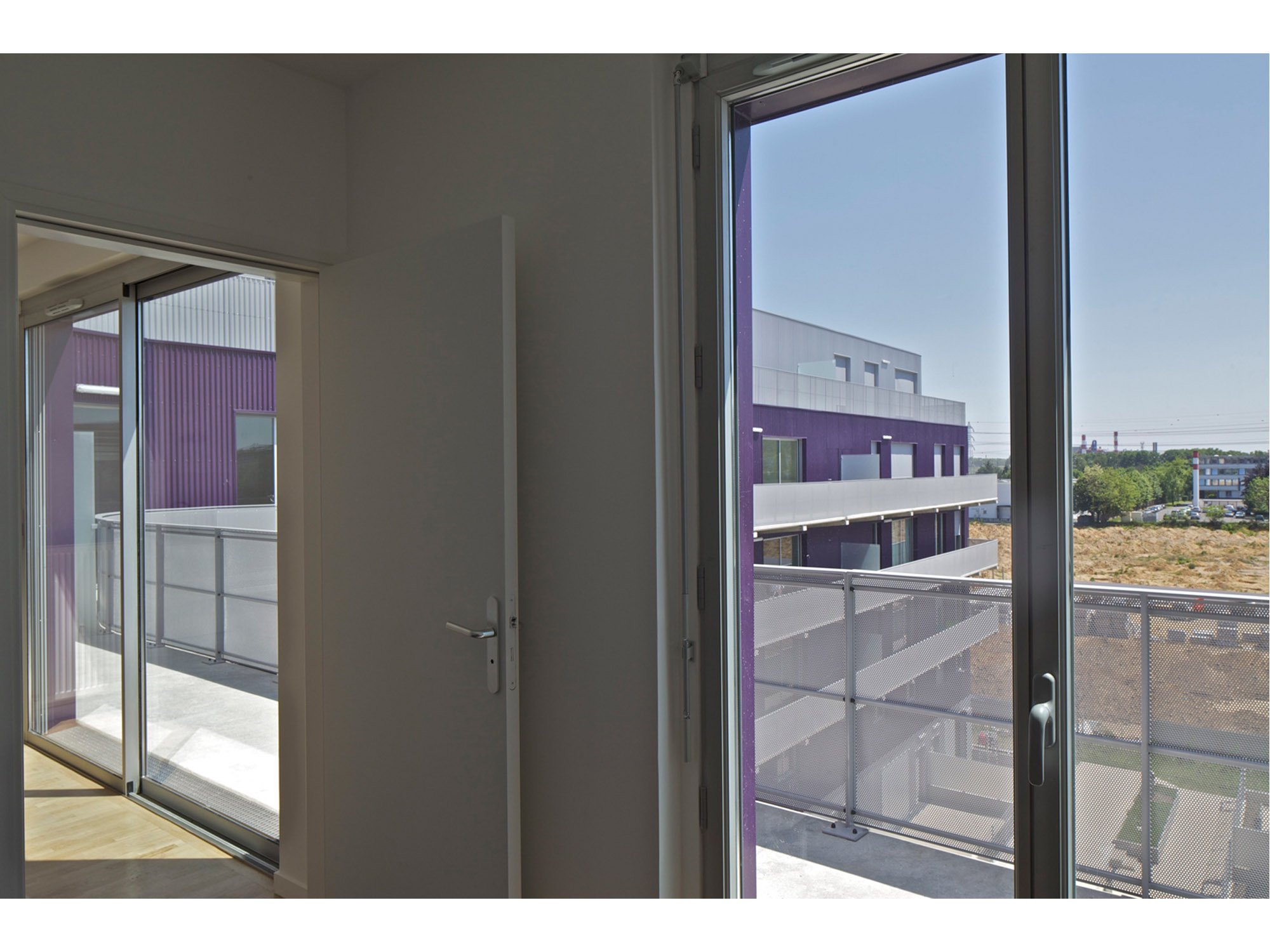 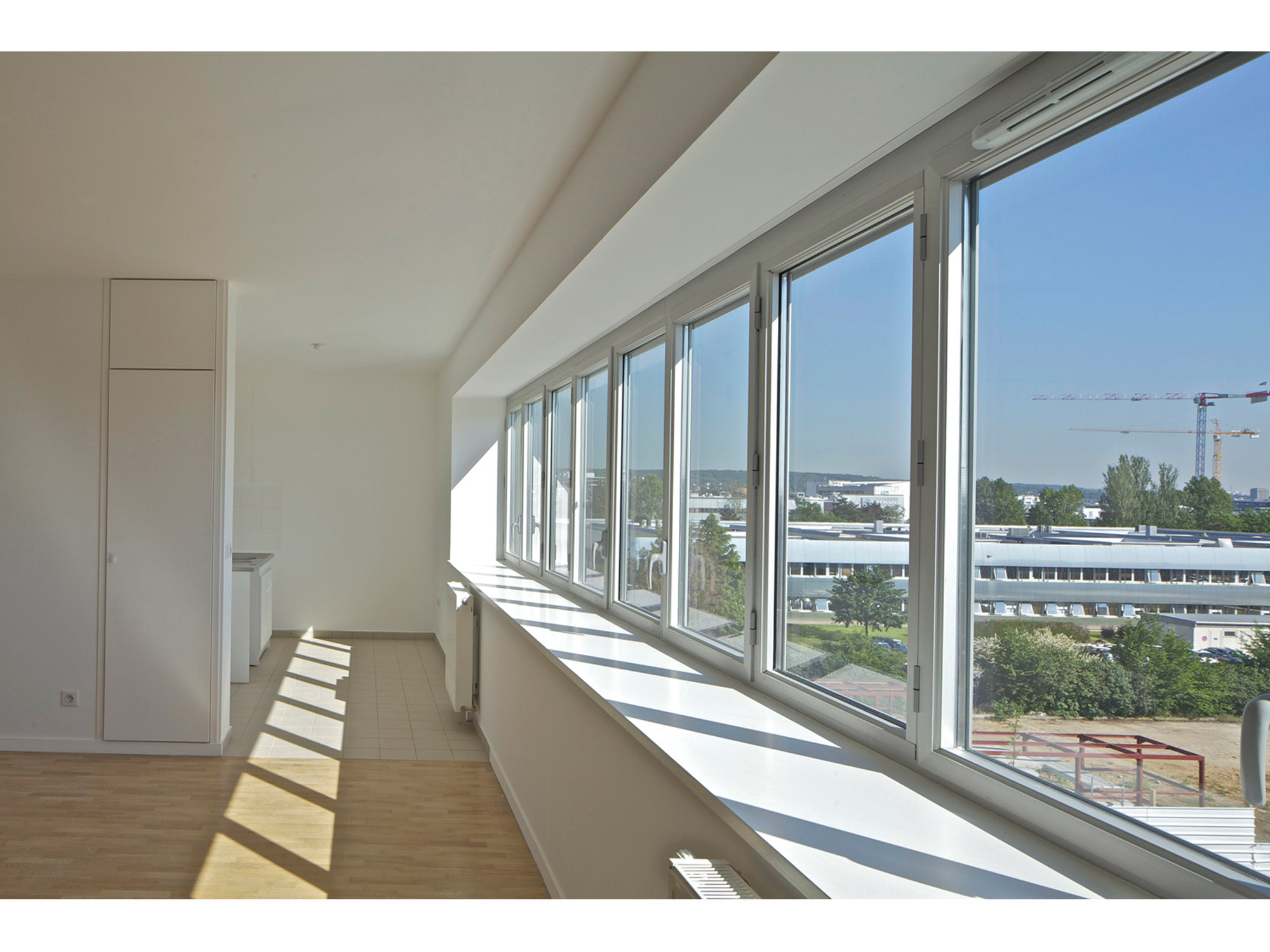 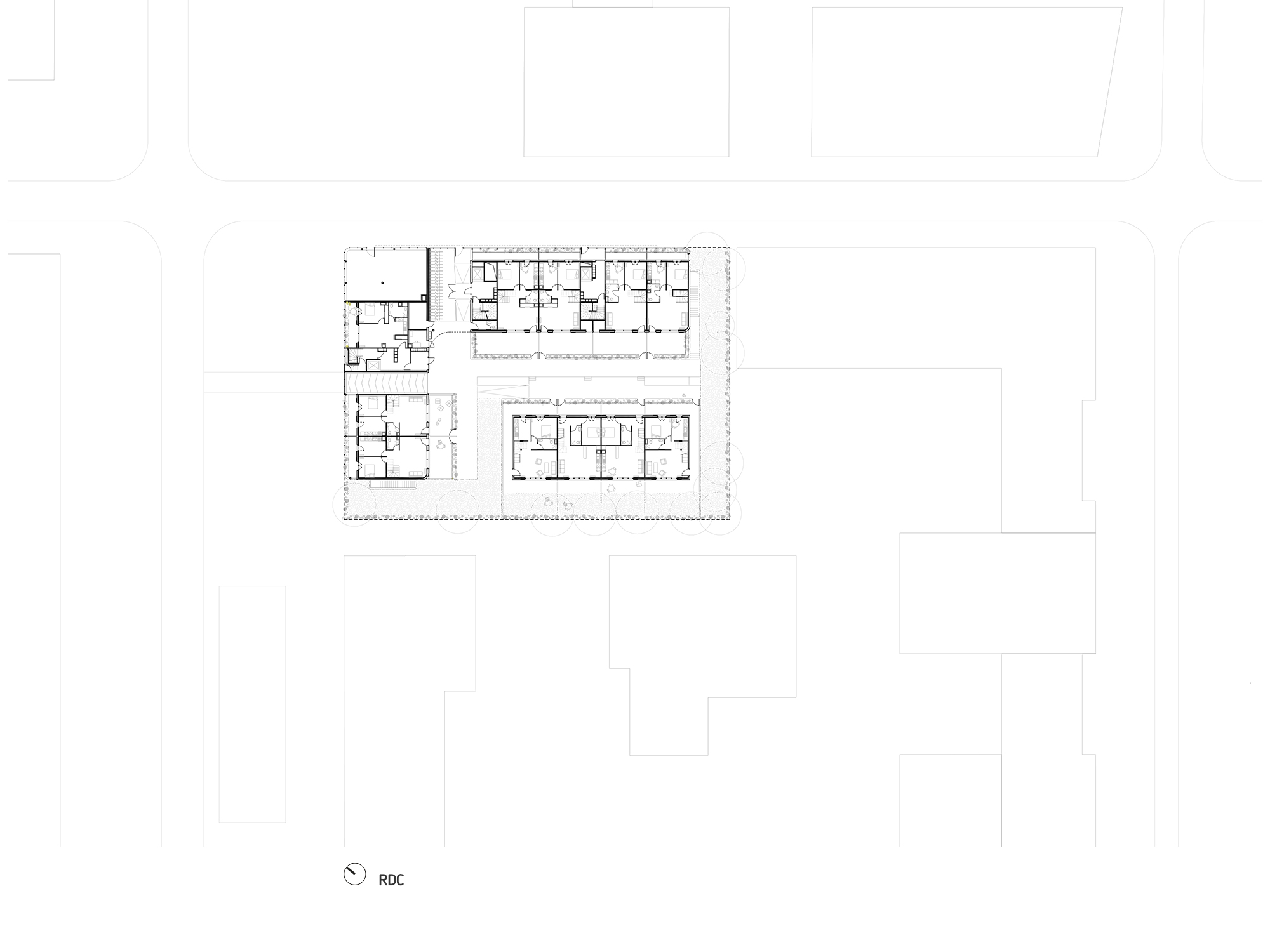 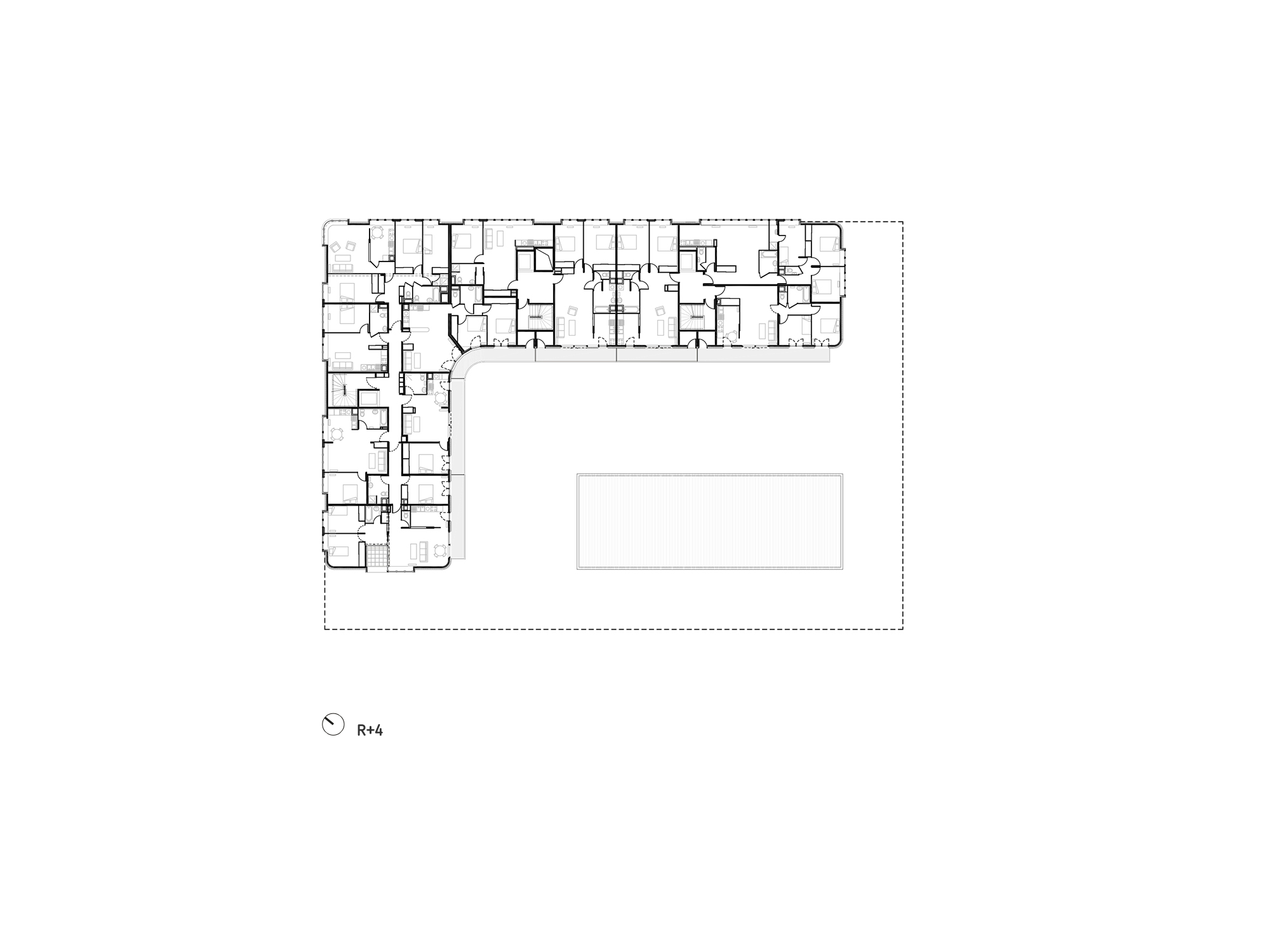 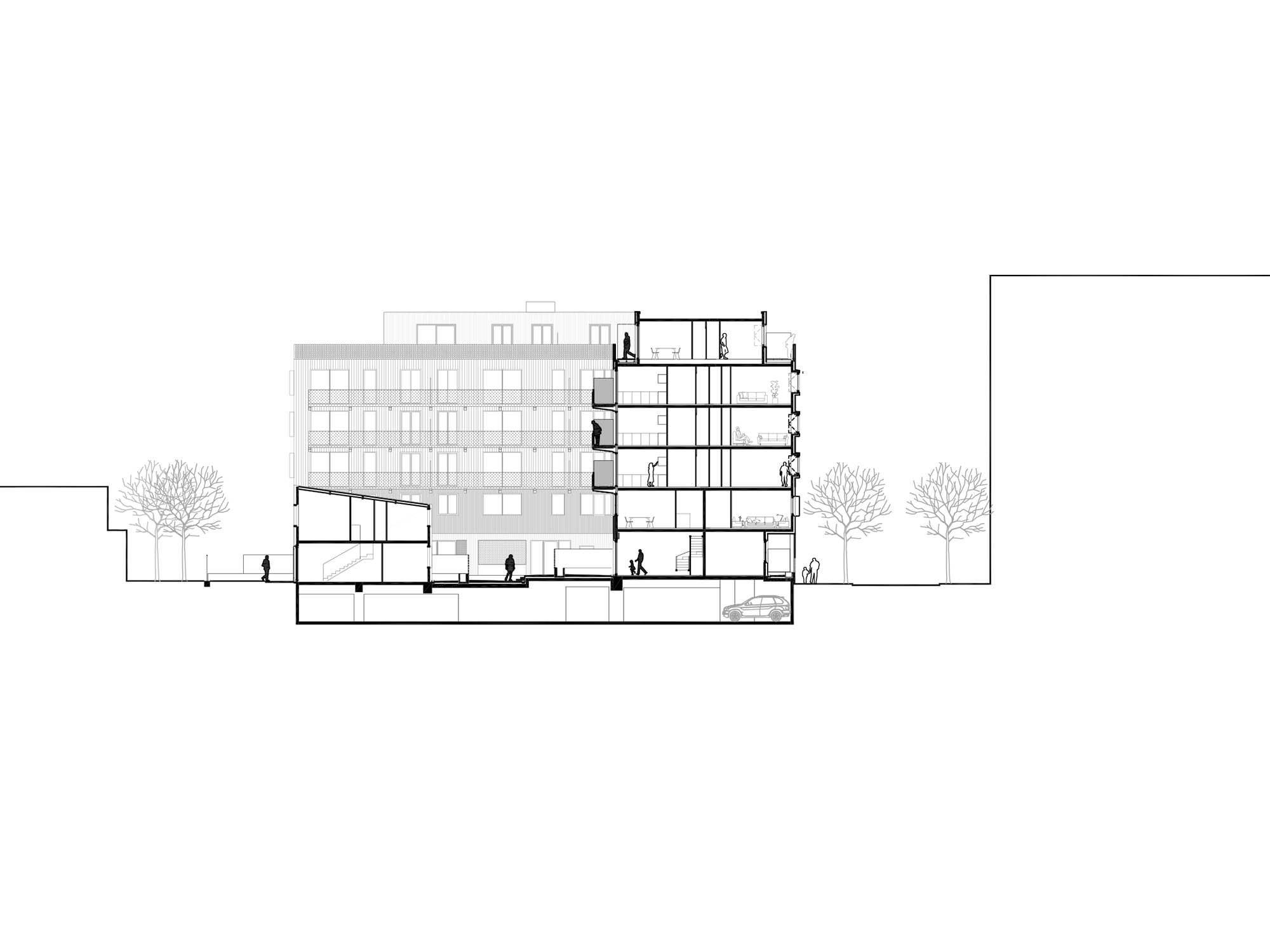 The building stands at the corner of two streets and faces a square.

The building stands at the corner of two streets and faces a square. In order to hold its place efficiently within the urban fabric, its architecture is simple and takes advantage of the sheer size of the project.

The building seduces by giving an impression that the residents benefit from a number of advantages in term of living. Consequently, every architectural move corresponds to an asset : bow-window, loggia, large balcony, terrace, private garden, all these elements improve the dwellings, and nothing is gratuitous in what constitutes the facades. The color is an architectural element. It asserts the presence of the building while distinguishing it, without appearing capricious. The ground floor apartments are slightly raised above the street level, and they are set back in order to constitute a kind of planted loggia. That gives the building its urban scale and adds a vegetal depth in response to the row of trees running along the street. Inside the lot there is a collective garden and ten private ones allotted to the six duplex and to four terraced houses. The “Garden city” concept, conceived of to give coherence to a neighborhood featuring buildings of various dimension, finds confirmation.