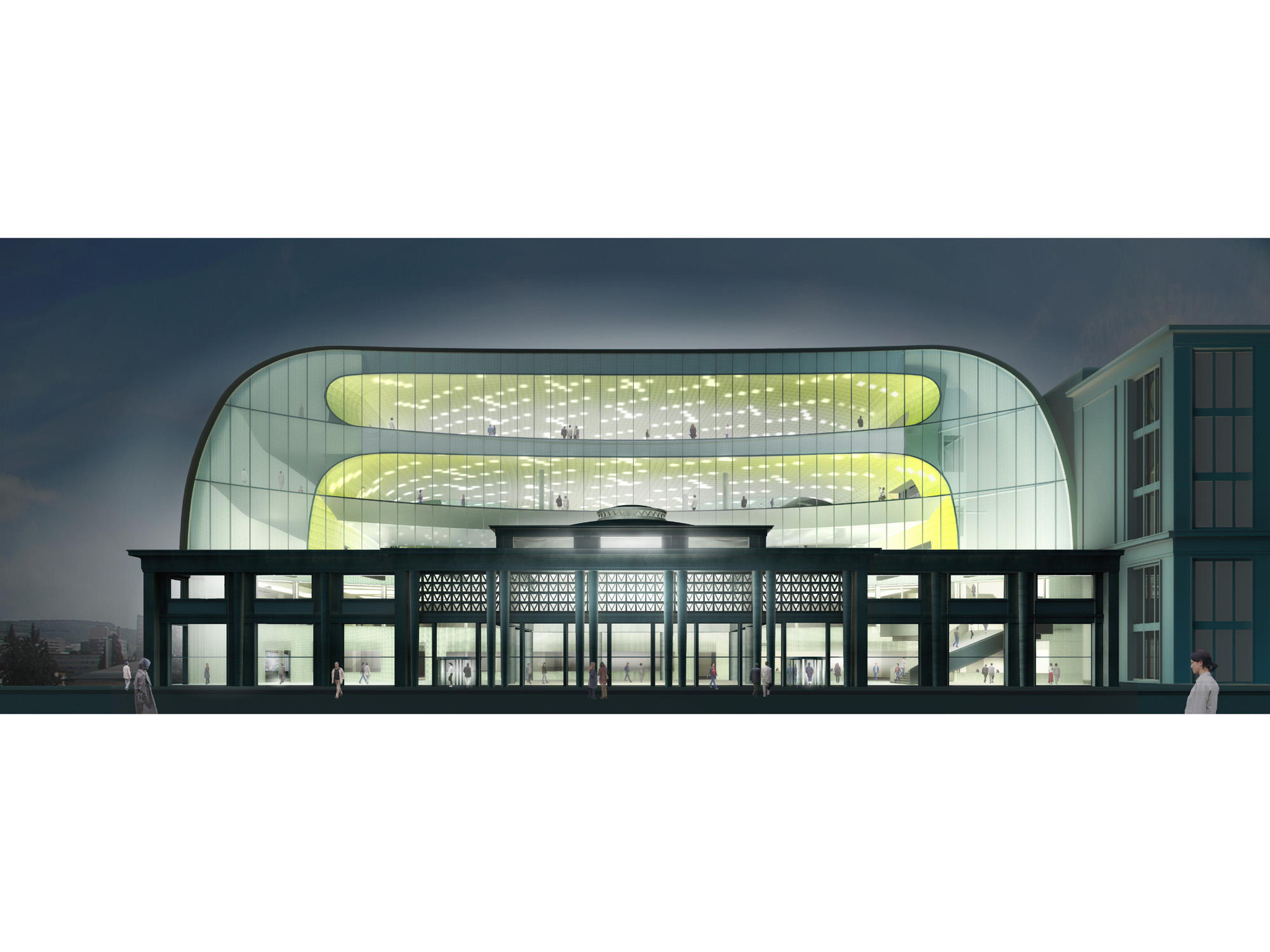 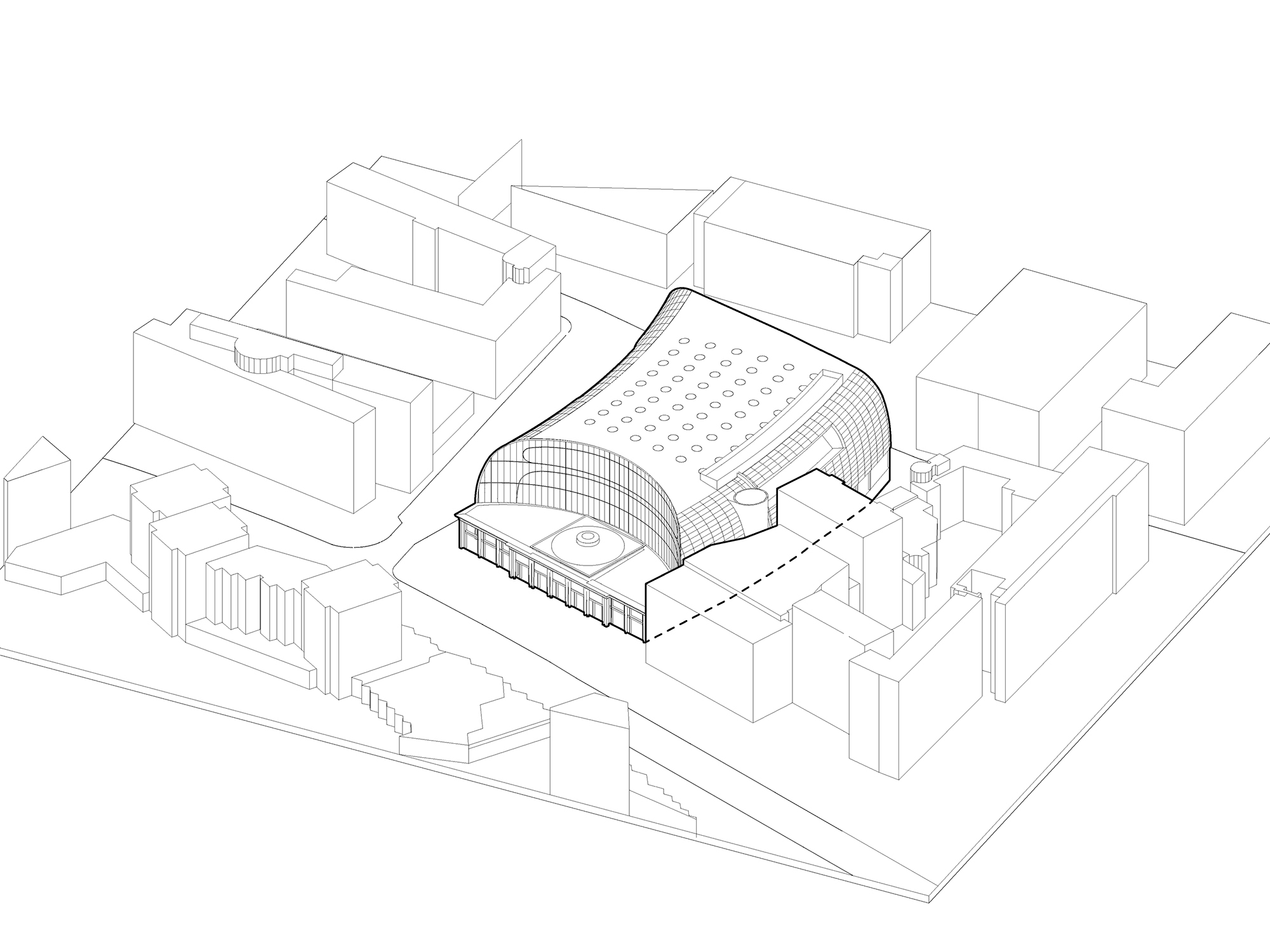 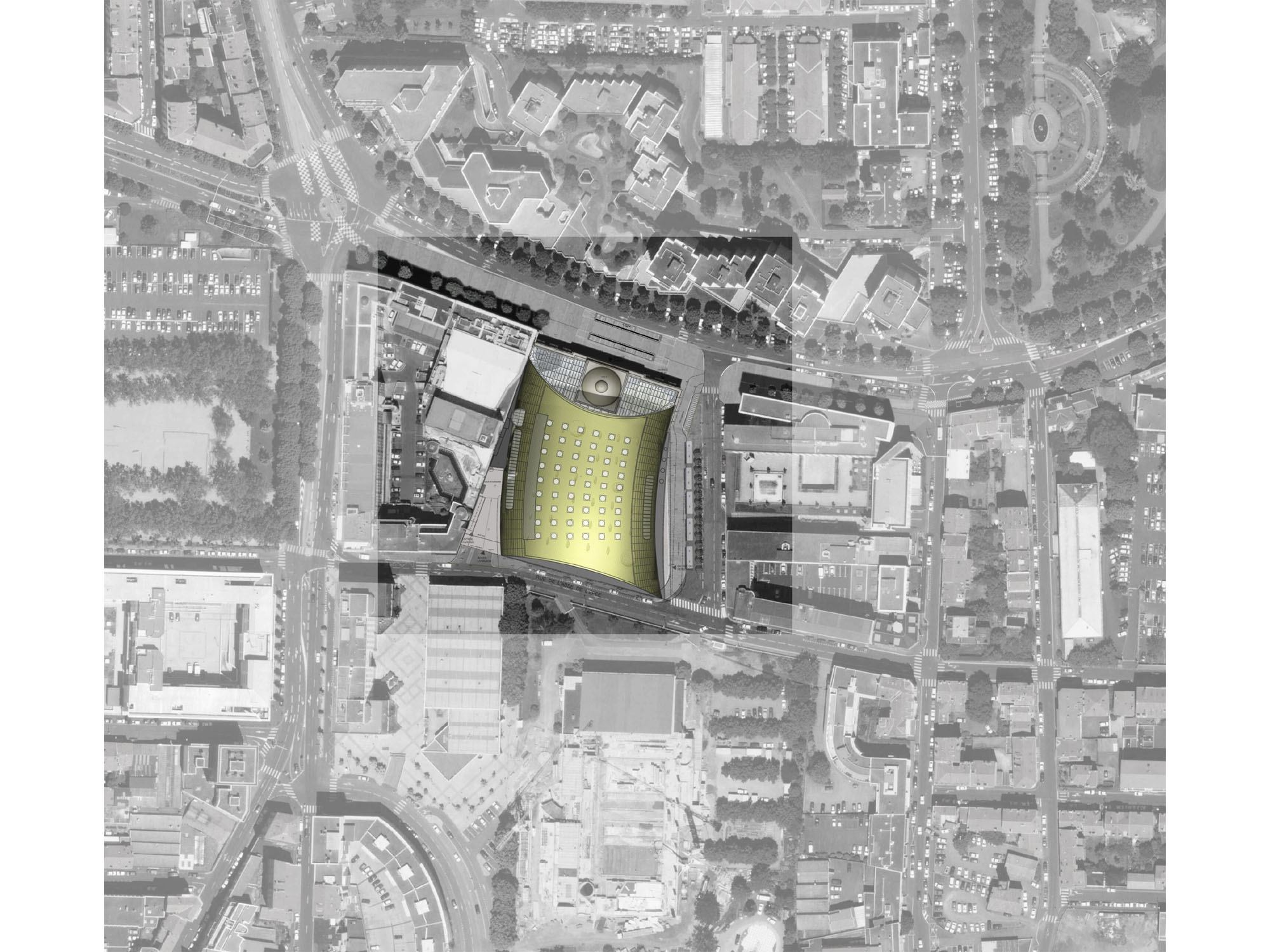 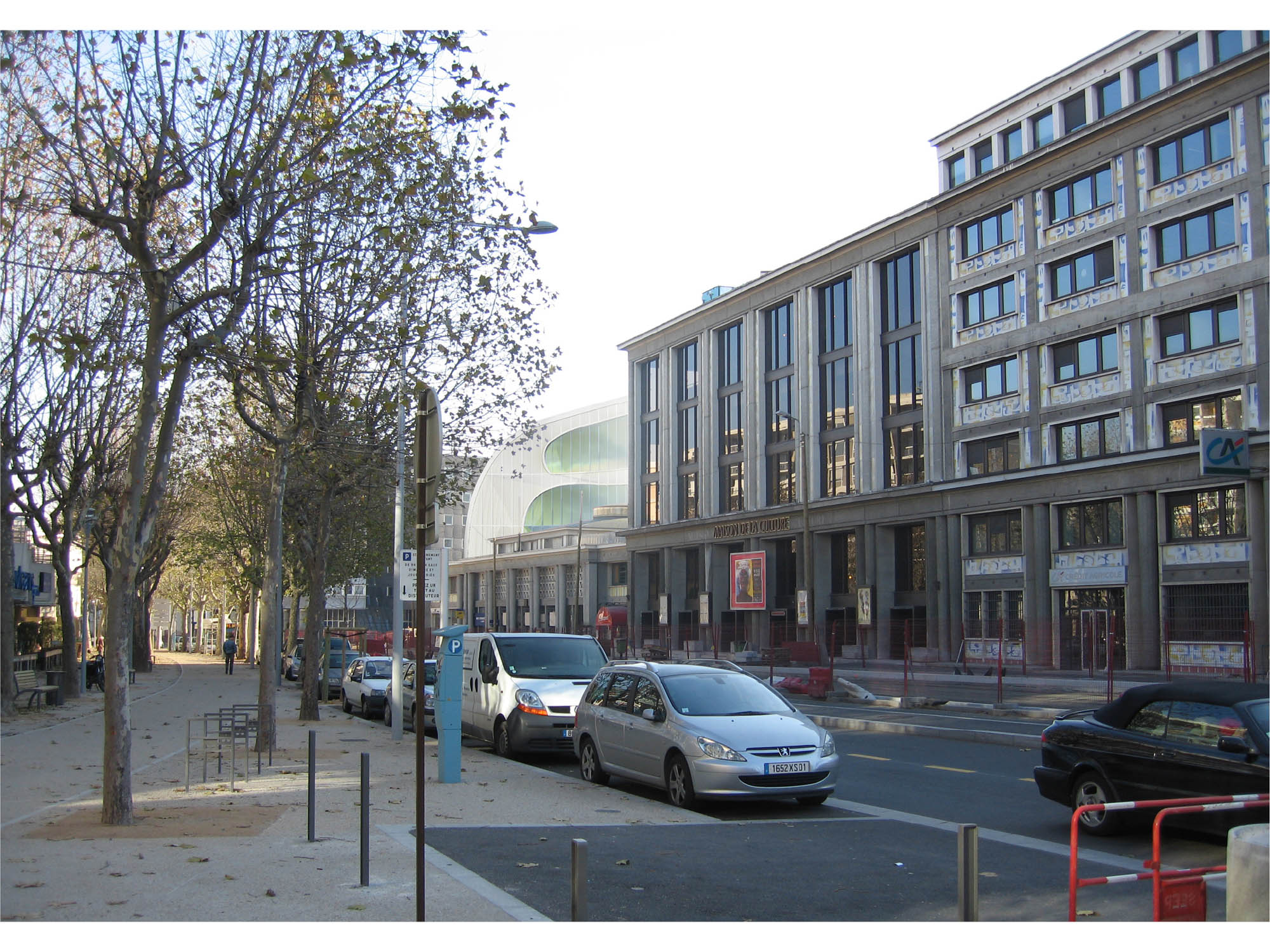 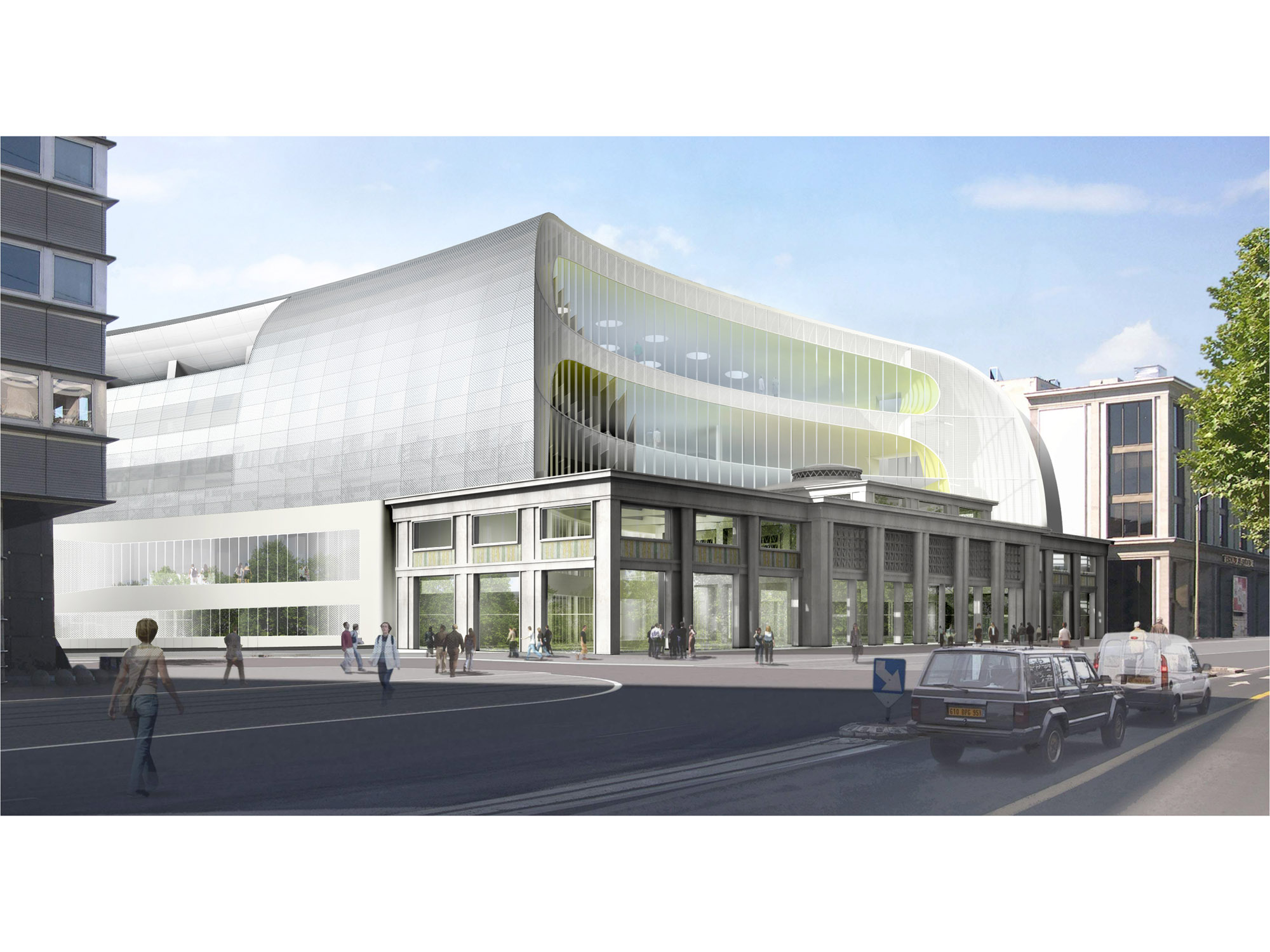 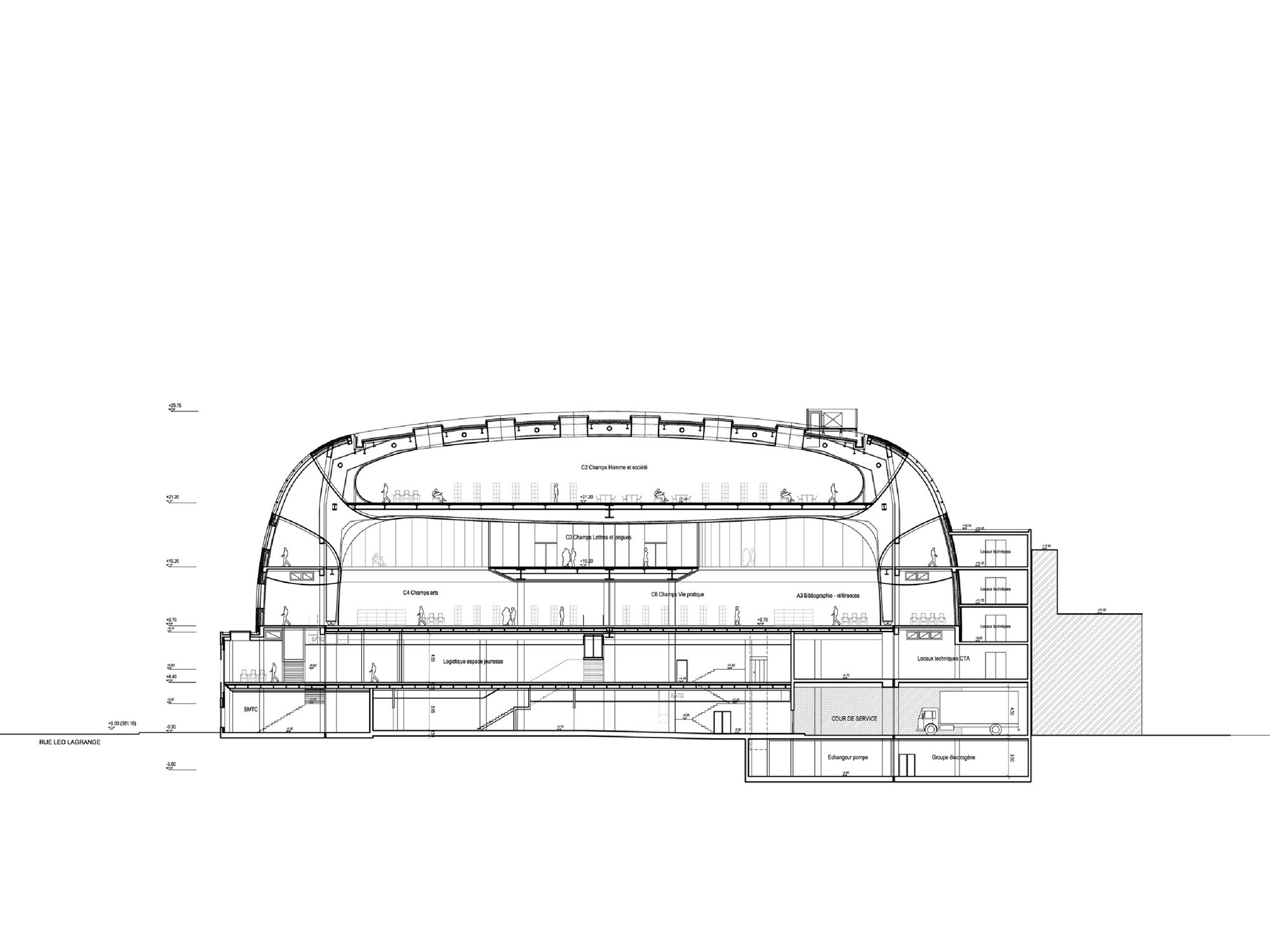 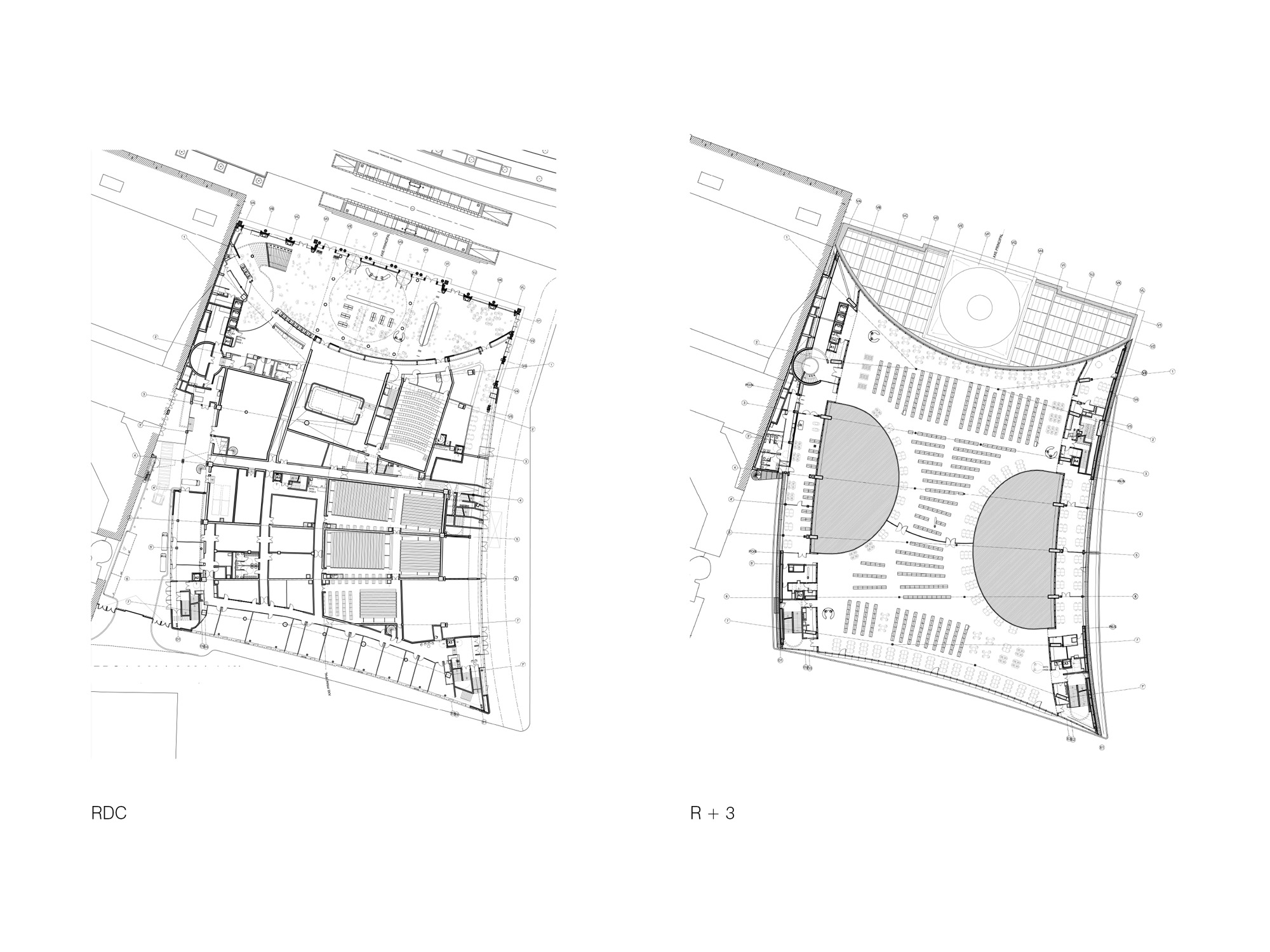 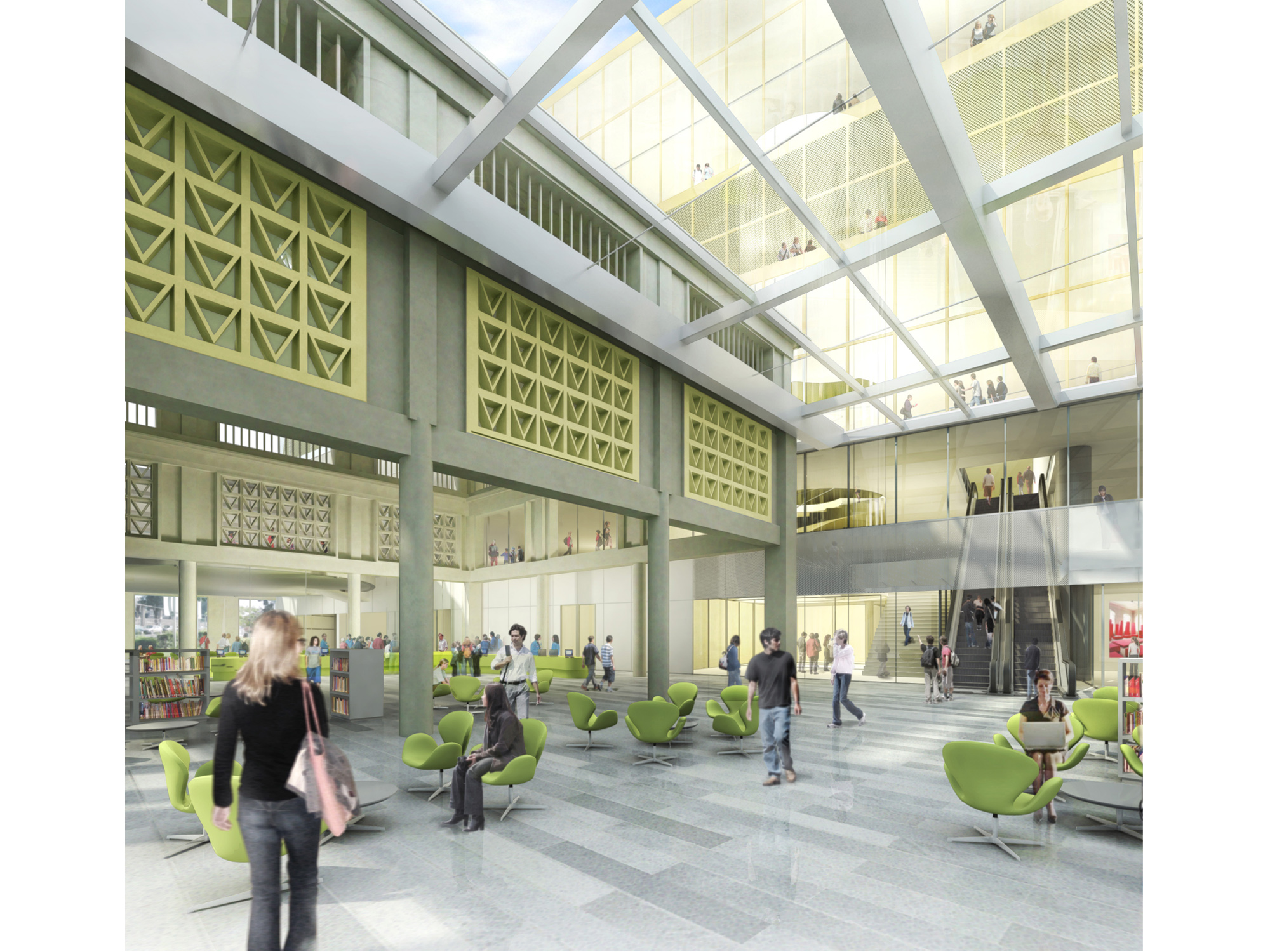 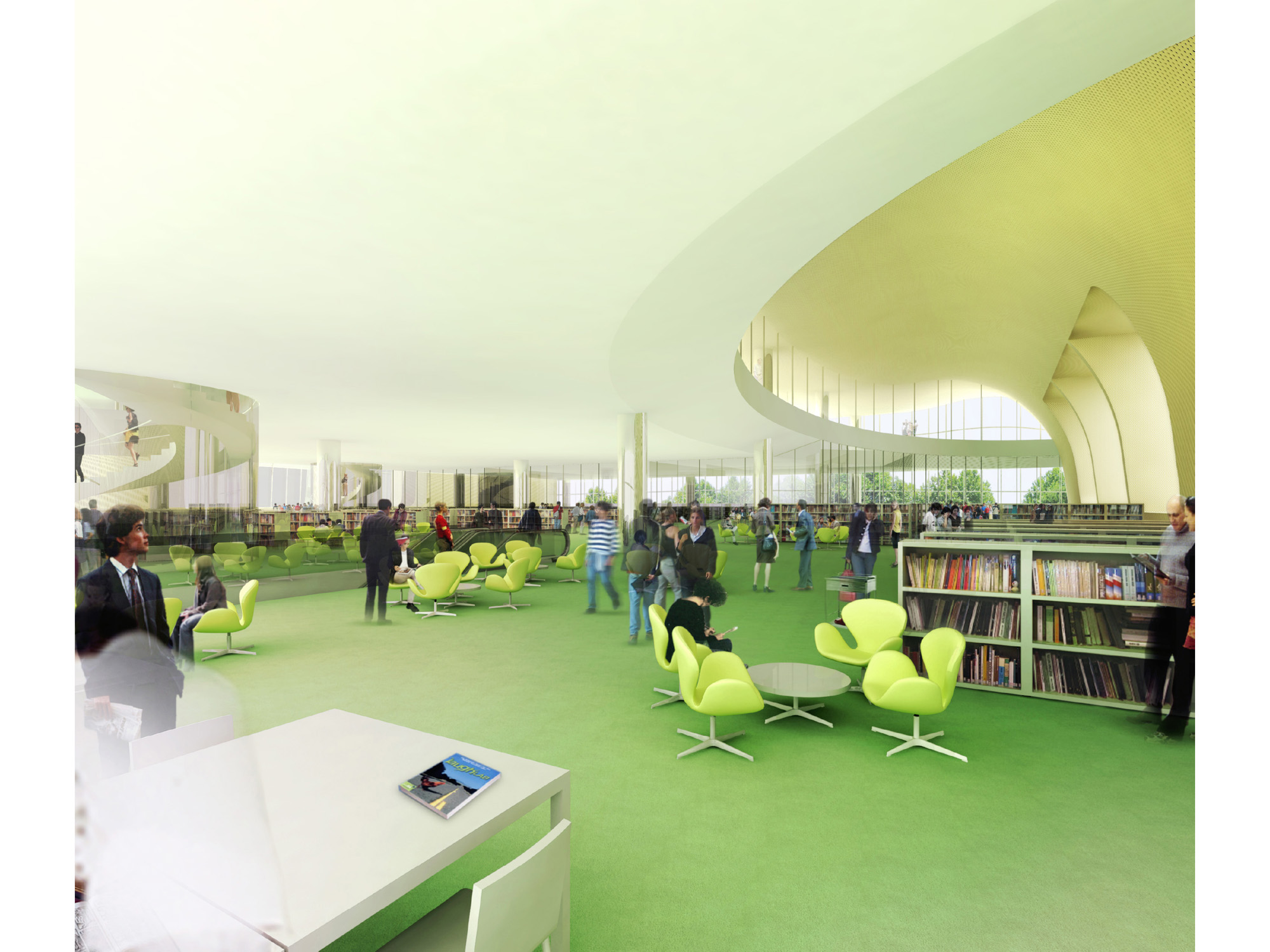 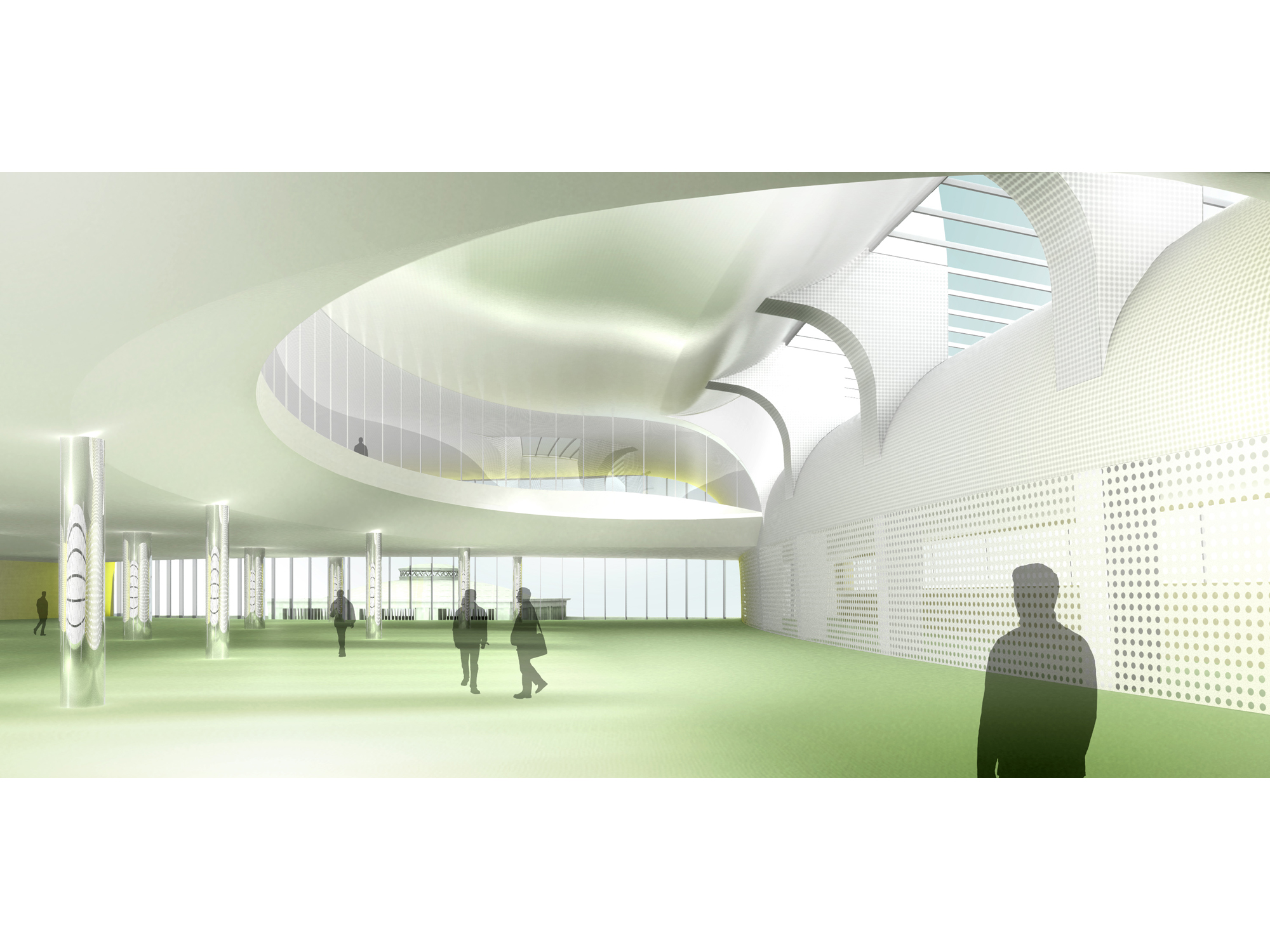 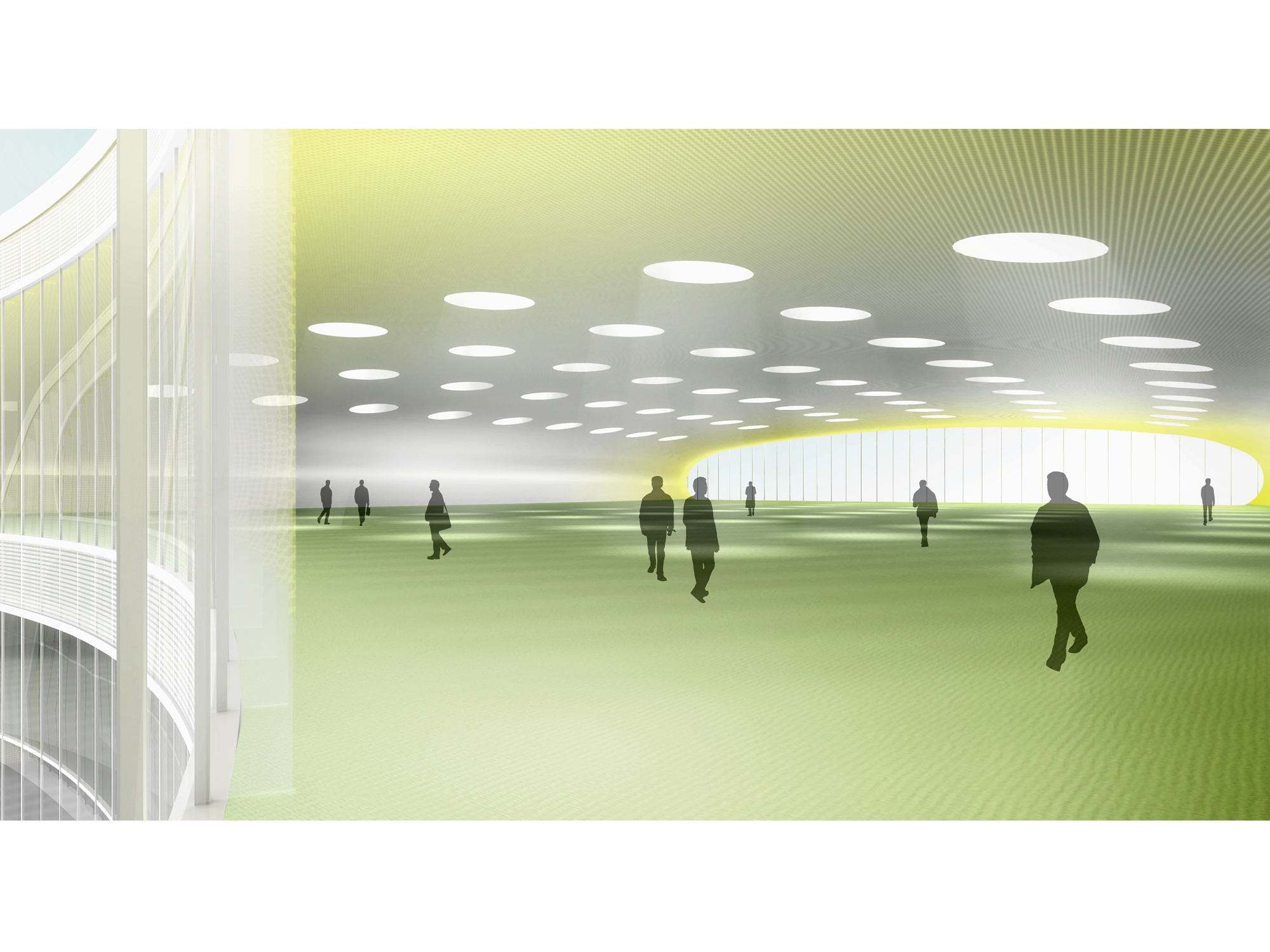 Clermont-Ferrand library is both a university and a municipal library. Two types of public and two collections are gathered together, and their needs and “cultures” do not necessarily correspond. This large building must also link a contemporary project with the remains of a former bus station in the foreground on the boulevard, which are to be conserved.

Since the architecture of the library must result from an intelligence and a coherence. What are they ?

The architecture of the library connects the importance of the project with the bigness of the building. The large dimension is essential to the project, given that the pleasure we take from the experience of a library depends on the perception of its size and of the accumulation of its documents.

Here the size is expressed by the vault, which gives an idea of unity and evokes the encyclopedic aspect of the library.

It also gives a new dimension to the site. The vault is autonomous - it is not constrained by the limitations of the site. It succeeds in catching the light along the high blind wall to the west, adapts itself to the unevenness of the site, and, the vault connecting north and south facades, it doesn’t create a dark mass on the north façade along the boulevard François Mitterrand. On the contrary, it opens out the urban space, giving it depth and light.

The vault, both spectacular and objective, dominates the older building without overpowering it. The conserved part of the bus station is considered neither as a ruin nor as remains - its constructive and aesthetic principles are respected, and it accommodates the reception area.

Under the vault a new ground, an alternative landscape of urban dimension, is created. This is a platform of 5000 m2 which is occupied by some reading rooms. It is easily reached by an escalator. Here, one is at the same time in the heart of the city and set back from the hubbub. This new ground escapes from routine constraints.

Everything departs from this point.

The library links two publics and different thematic areas using the idea of intellectual progression, its fluidity and continuity. The reading rooms proceed from this principle : they are linked by the same curve, and are fitted together rather than being superimposed. There is no interruption in the experience of space. The numerous vertical circulations have an equally spatial quality ; rather than interrupting the experience, they extend it. The very size of the planes contributes to the idea of totality ; they leave ample space for movement and setting up.