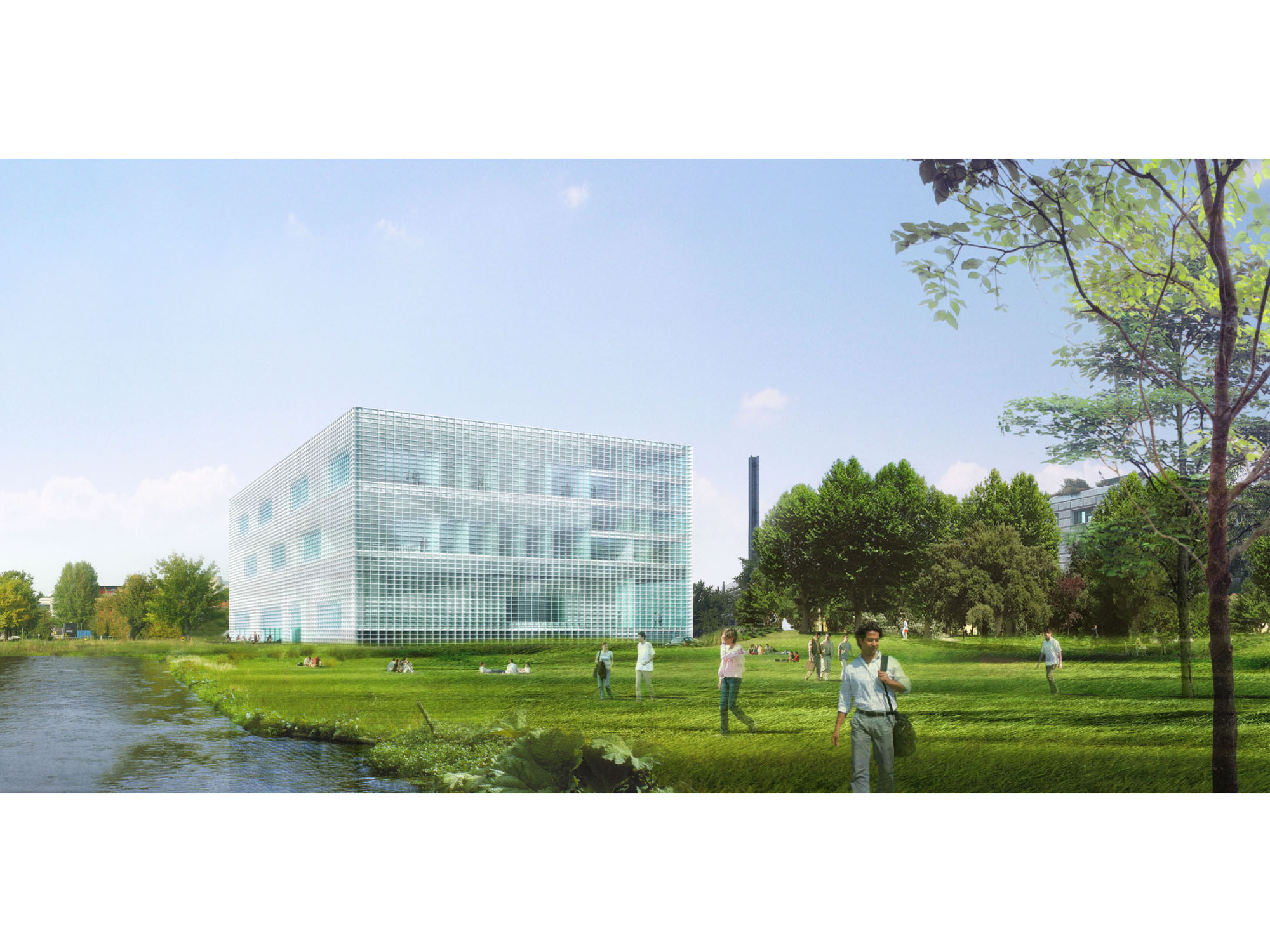 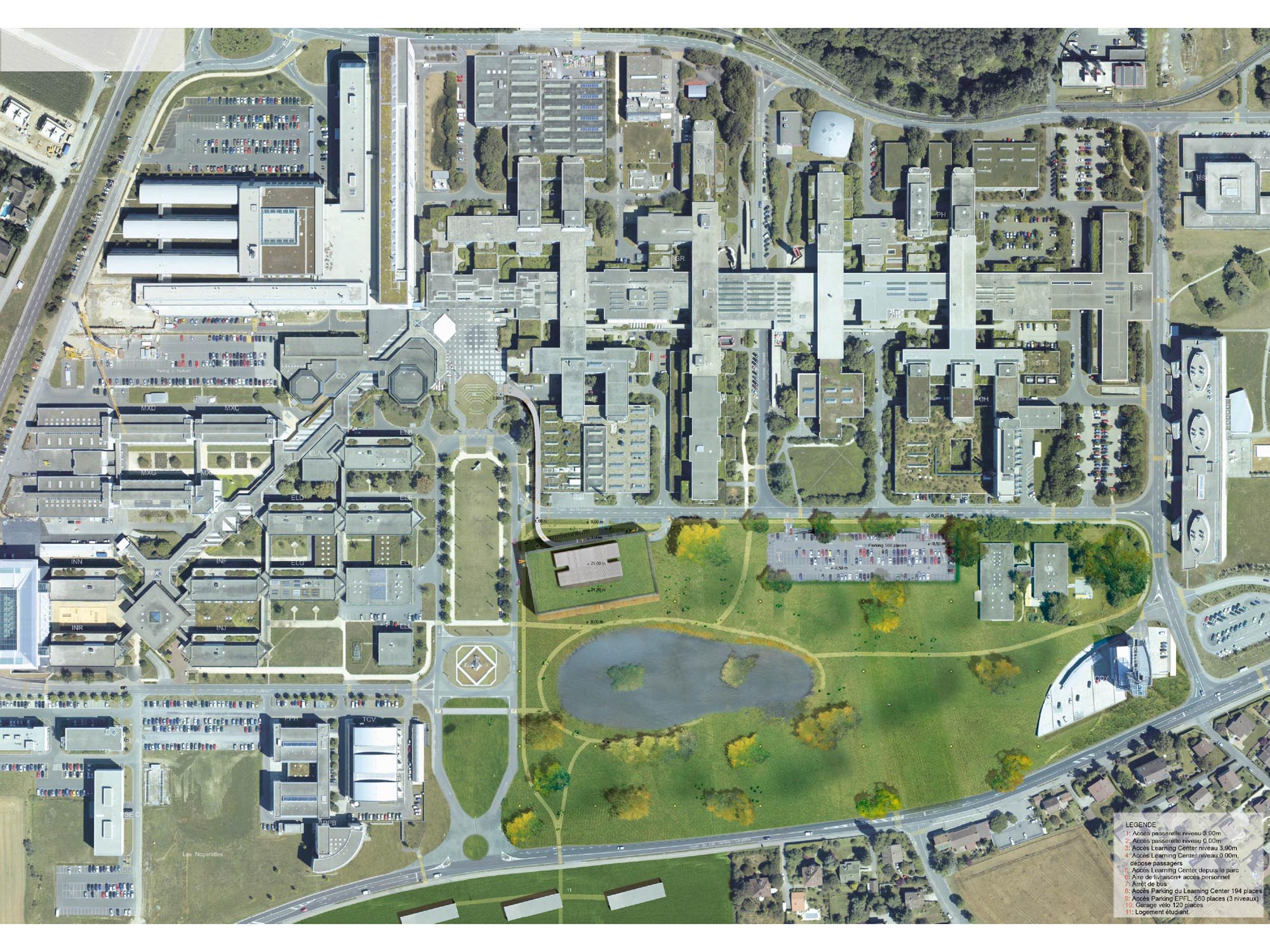 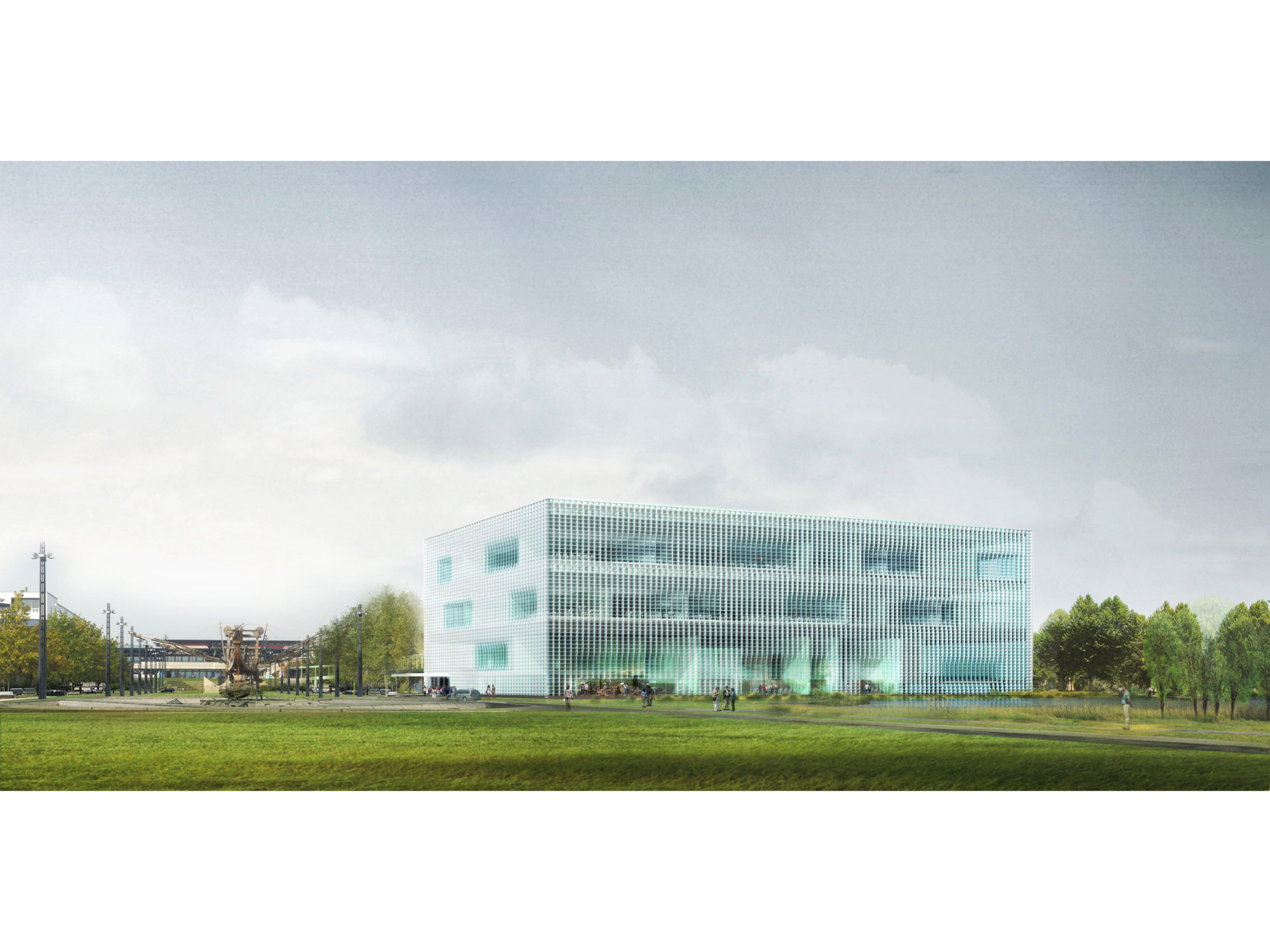 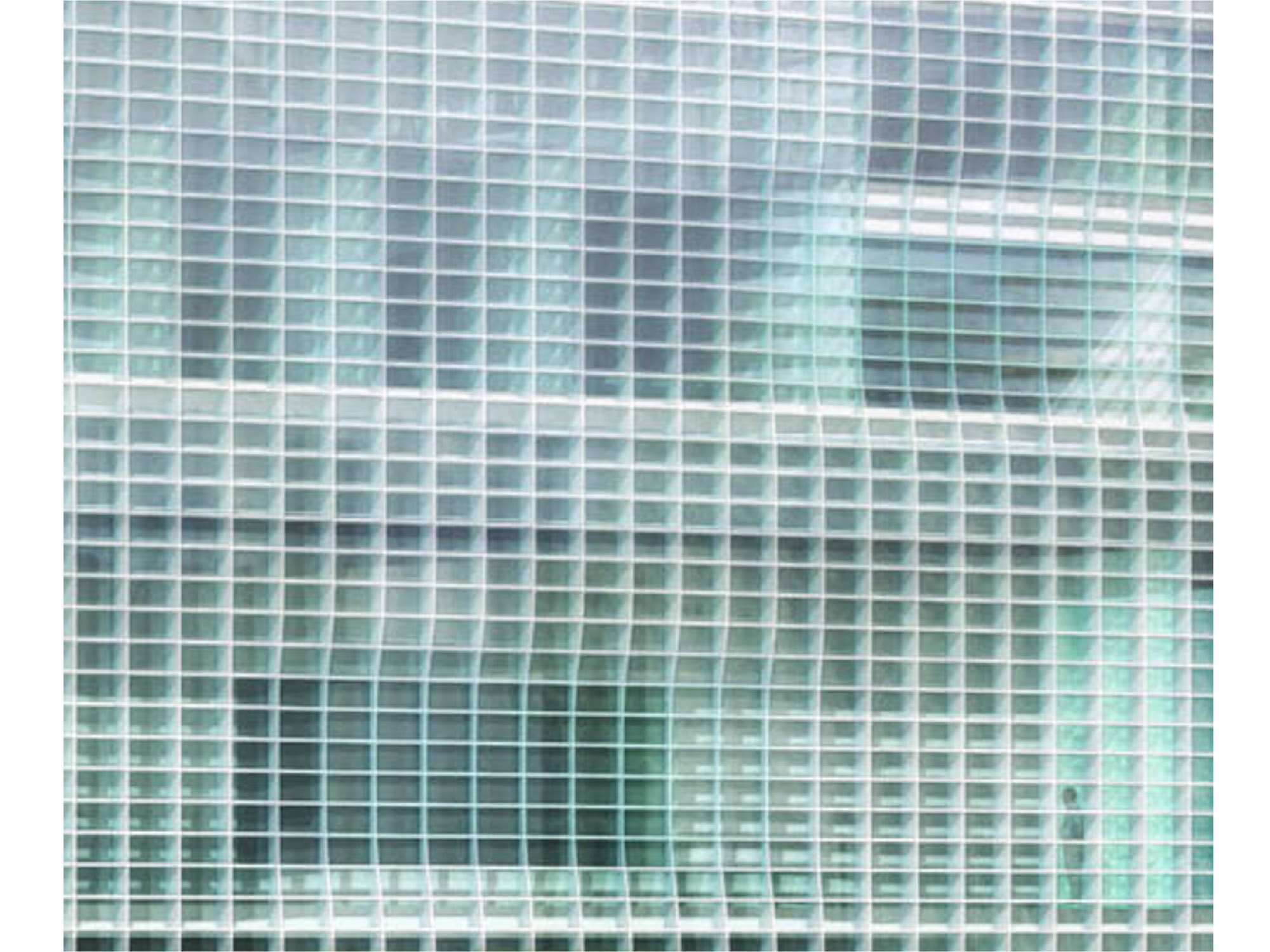 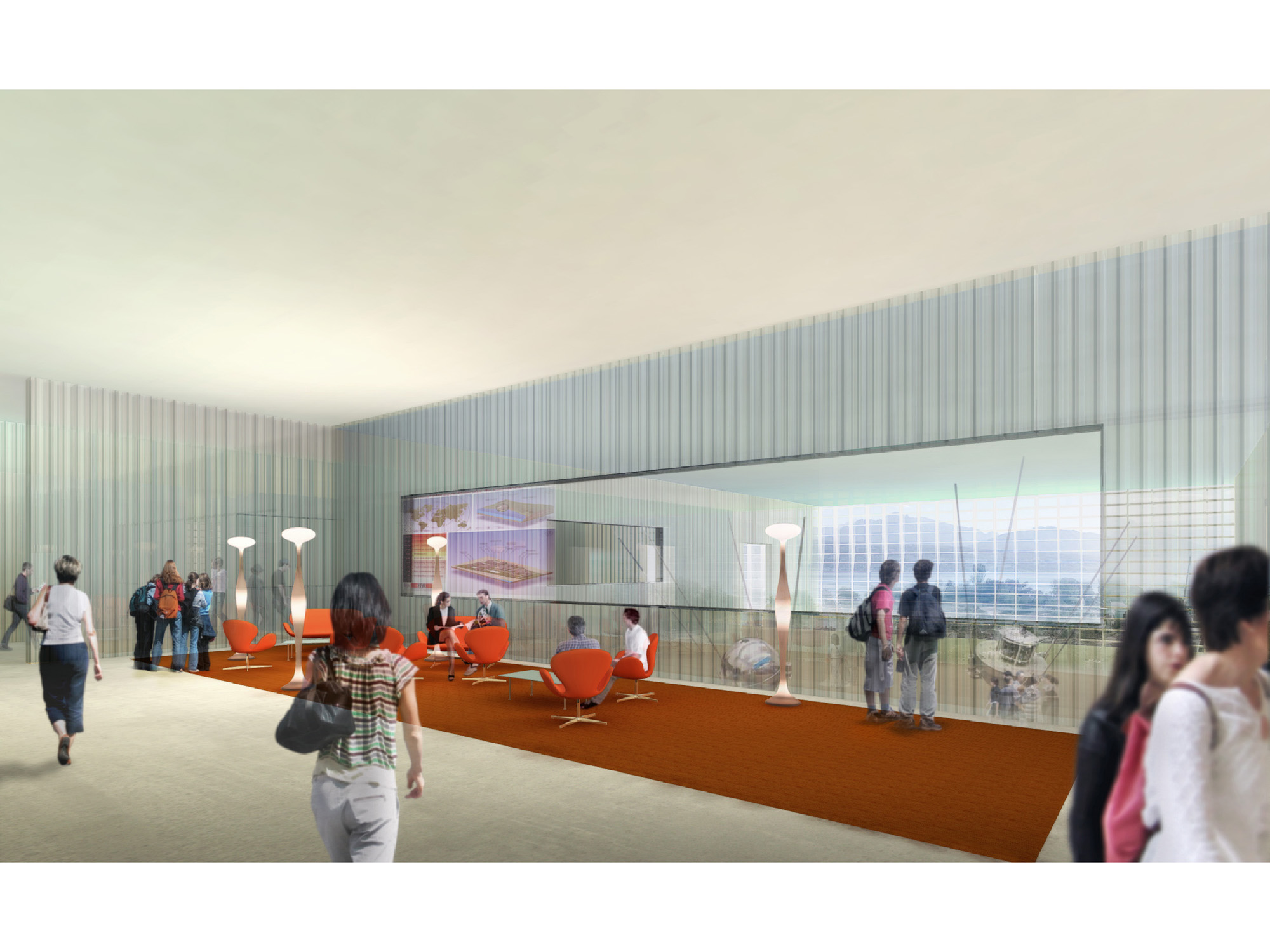 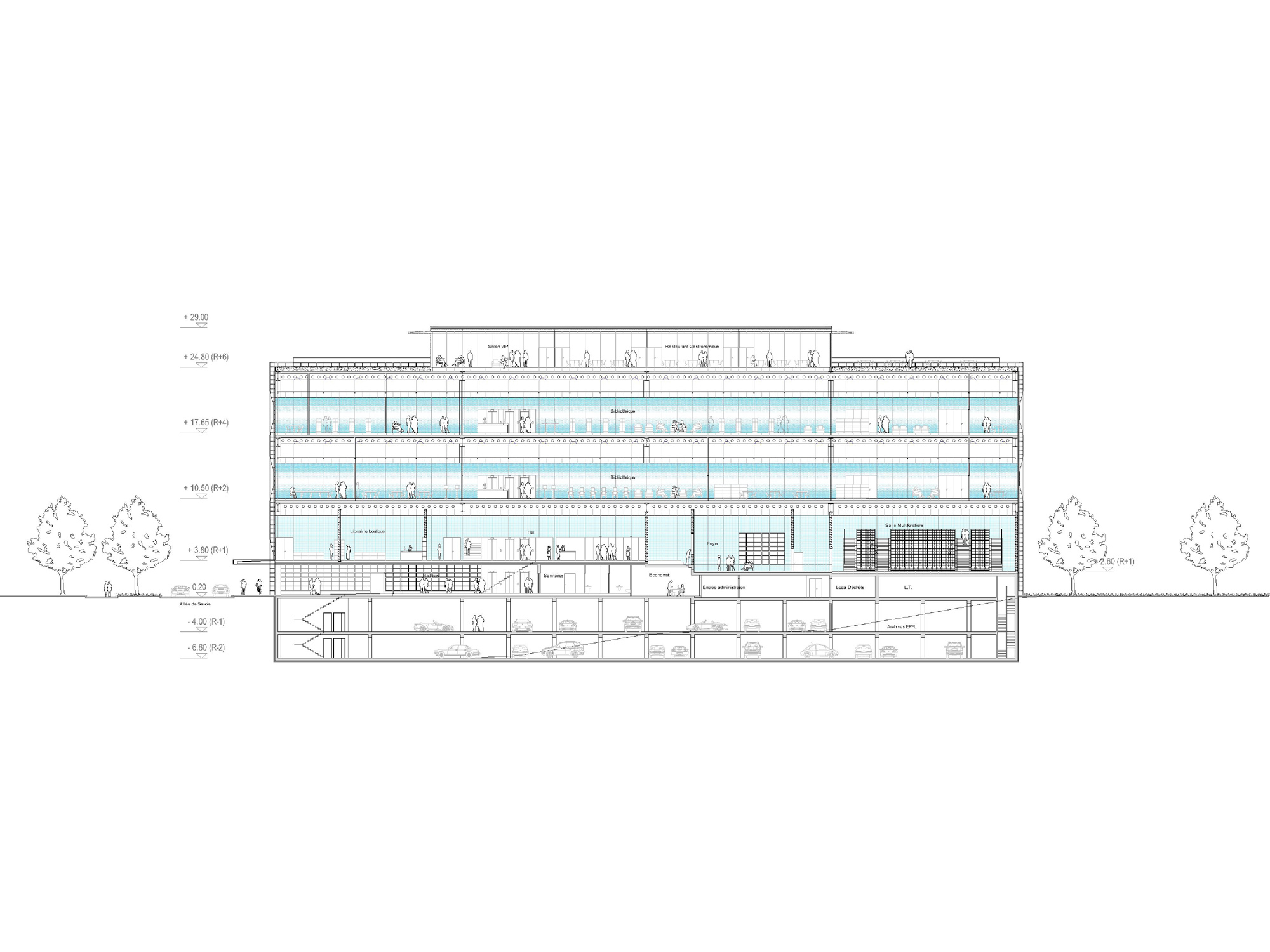 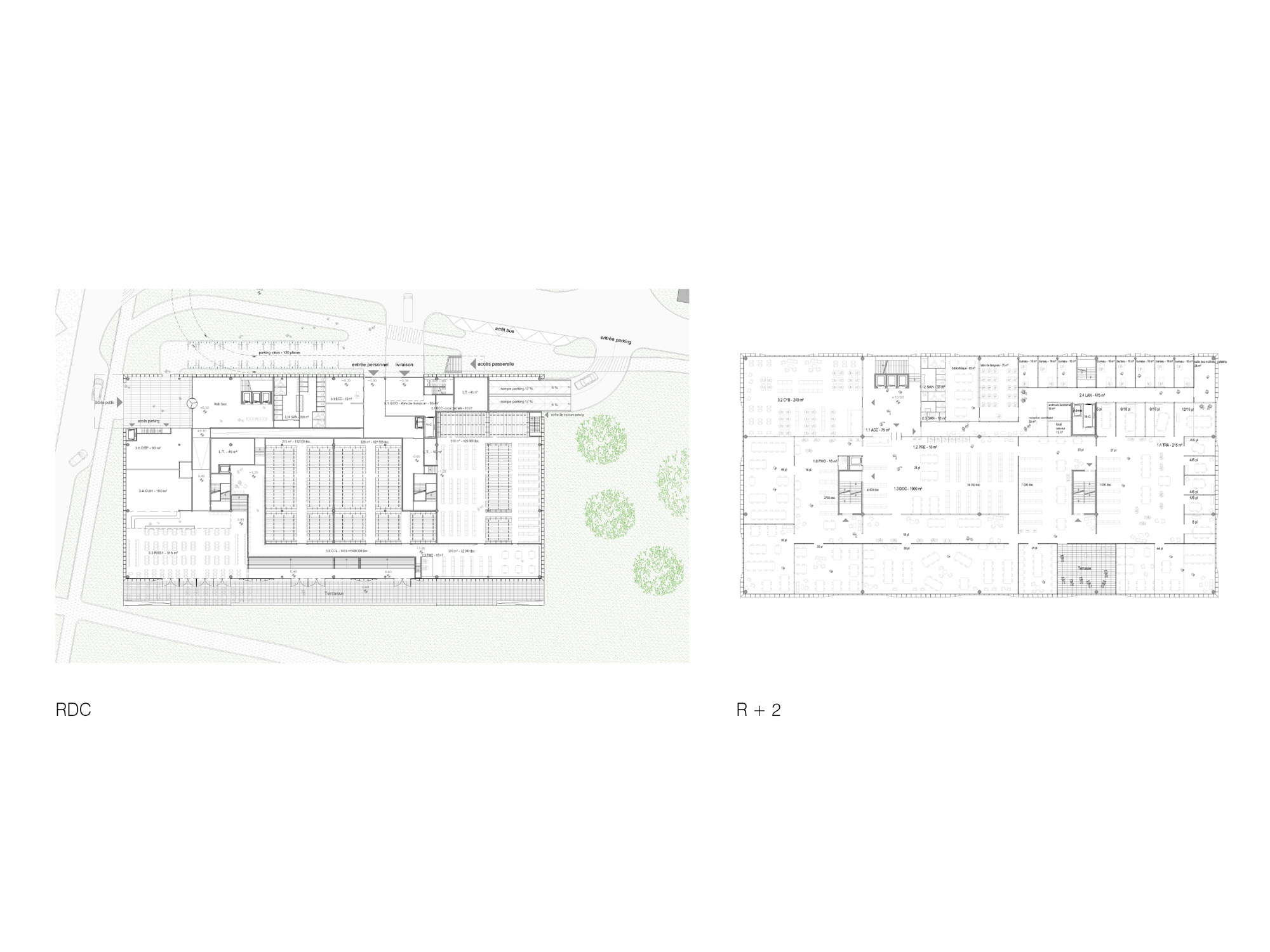 The Learning Centre on the campus of the Ecole Polytechnique Fédéral de Lausanne (EPFL) consists of a library, a bookshop, classrooms, two restaurants, a cybercafé, an exhibition area and a lecture theatre.

With these different services, the objective of the Learning Centre is to promote the acquisition and exchange of knowledge.

Although the diversity and complementarity of the services are a potential, they do not constitute a coherent project. The ambition of the Learning Centre is to acquire a strong coherence.

The notion of continuity will give coherence to the project. The Learning Centre will be a place of continuity : from the gastronomic restaurant to the library, intelligence and information will find their ways.

From the architectural point of view, continuity is reached by erasing all sense of hierarchy, by creating a certain kind of neutrality and by organizing equivalences.

To establish this architectural continuity, the following means will be used :

Rather than impressive spaces, a series of limited spaces is preferred.

The spaces dedicated to distribution are reduced, the passage from one space to the other is uninterrupted..

The architectural expression is supported less by spaces than surfaces - their materials, and the light that they generate or absorb. Continuous environments are created, rather than spaces.

The façades are made of a thick, translucent lattice in thermoformed polycarbonate. They are carved in places. The effects they produce are also found in the interior spaces. The distinctions between materiality and void and between interior and exterior are blurred.