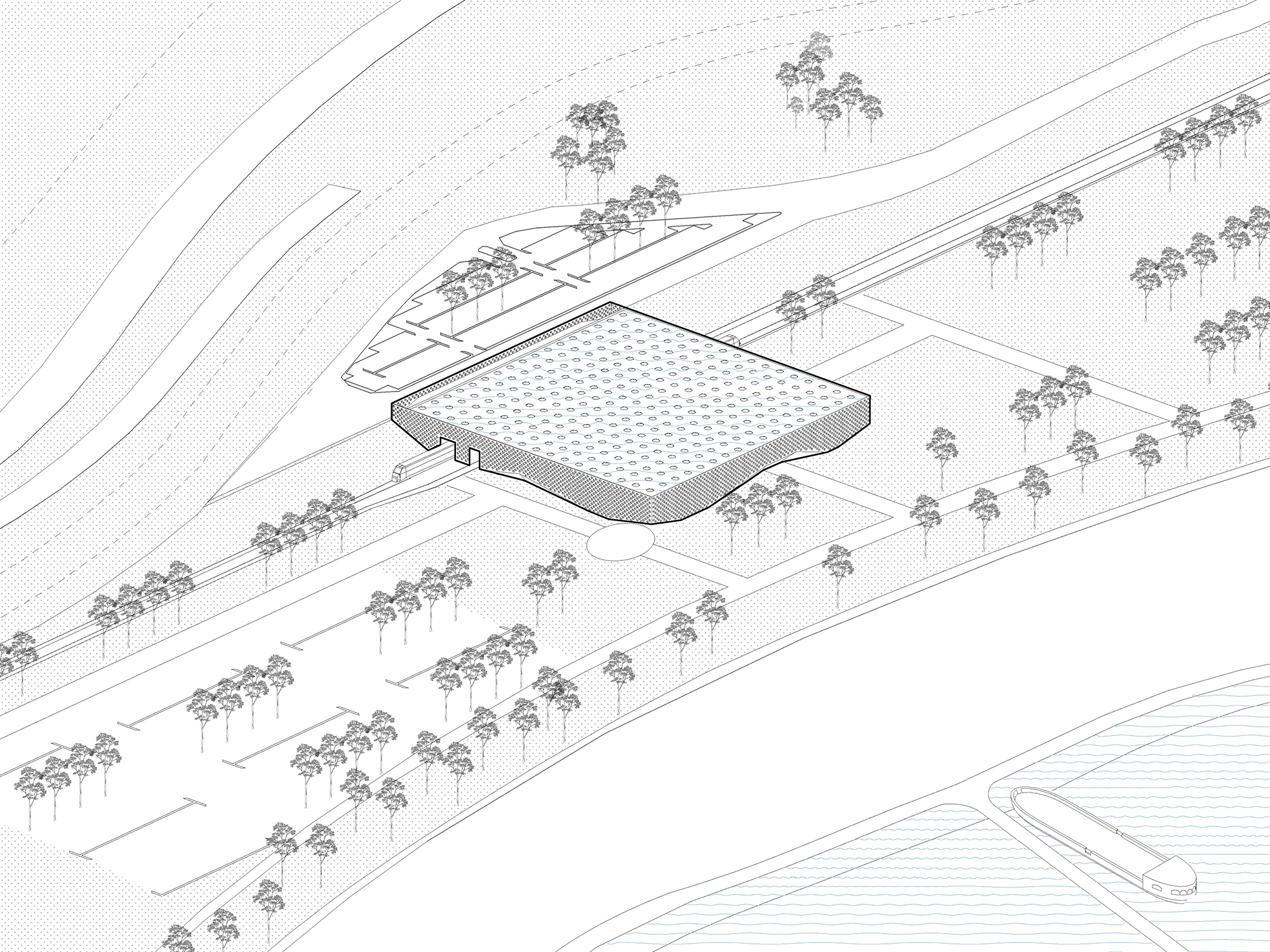 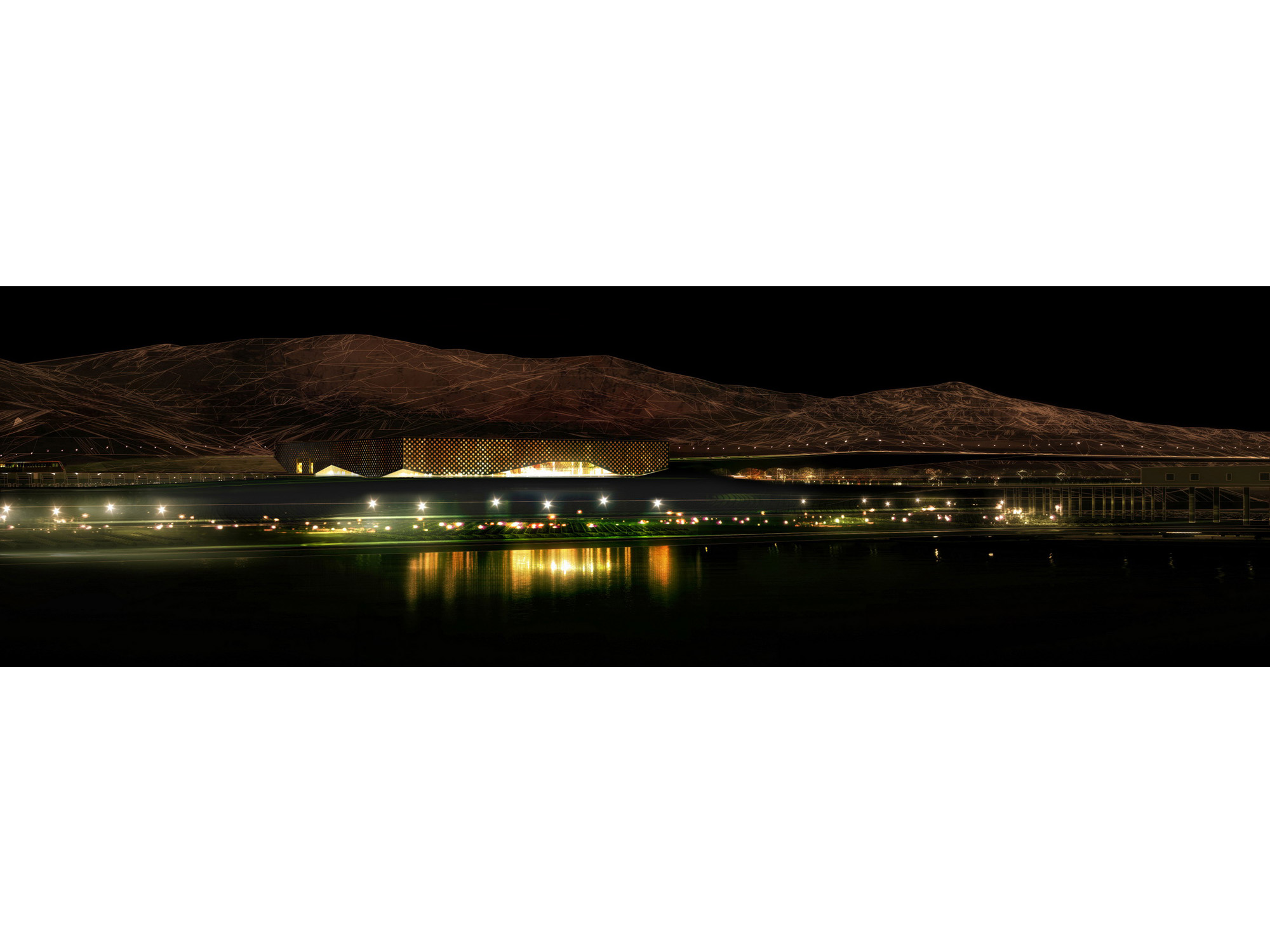 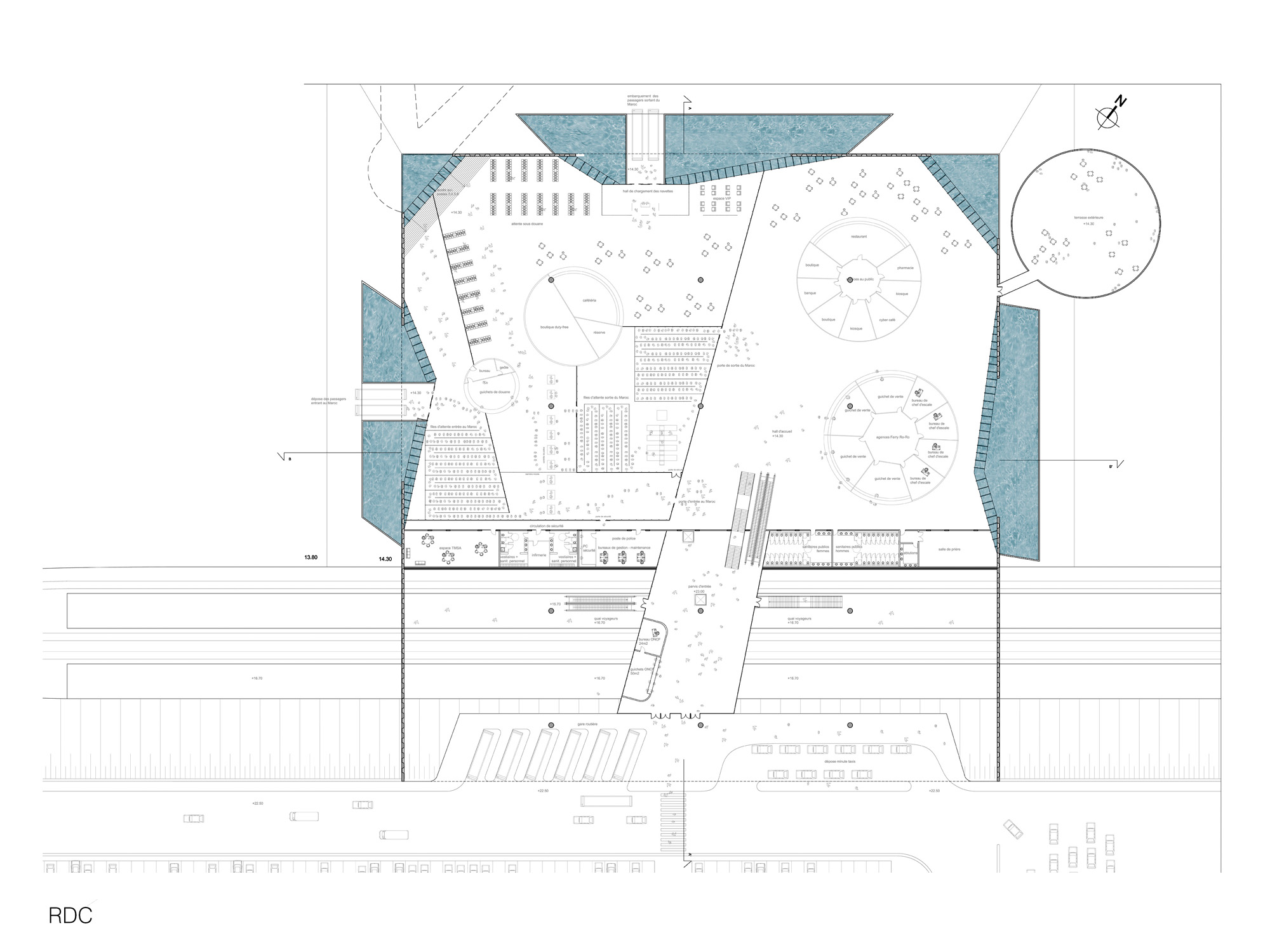 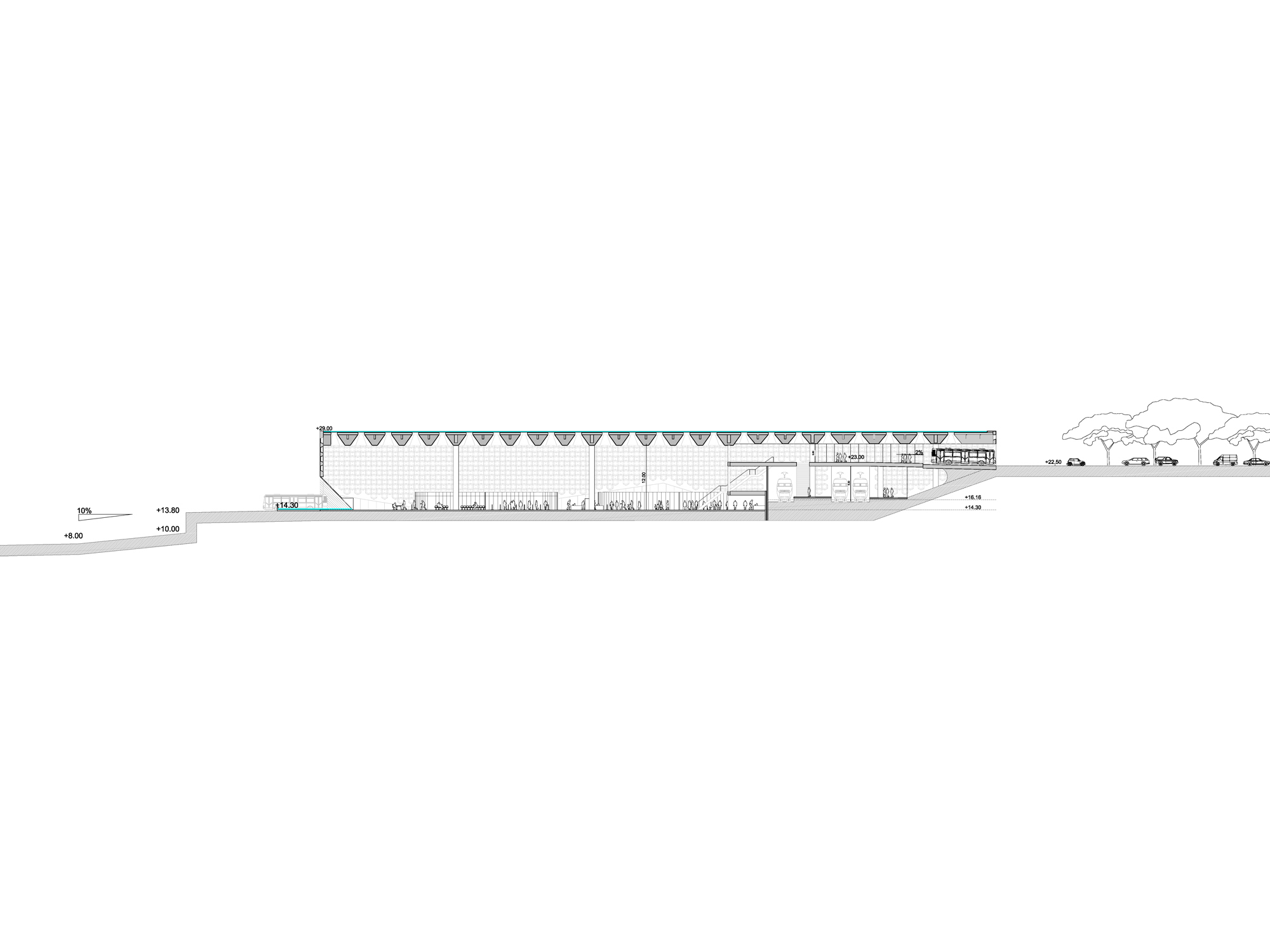 To the east of Tangier the Moroccan state has built a deep water port opposite Gibraltar. Here it has established an industrial park, and a ferry terminal for both travellers and trade vehicles. A high speed train station completes the infrastructure.

Straight away a splendid panorama emerges, where the forms of the swelling seas meets a topography reshaped by massive infrastructures. In order to impose on this dramatic setting where the water, the mountain and human undertaking measure up, the terminal needs to reconstitute to its advantage the relationships maintained by these three elements. This new combination will manifest itself straightforwardly. What are the relationships between the terminal and the three components of the landscape ?