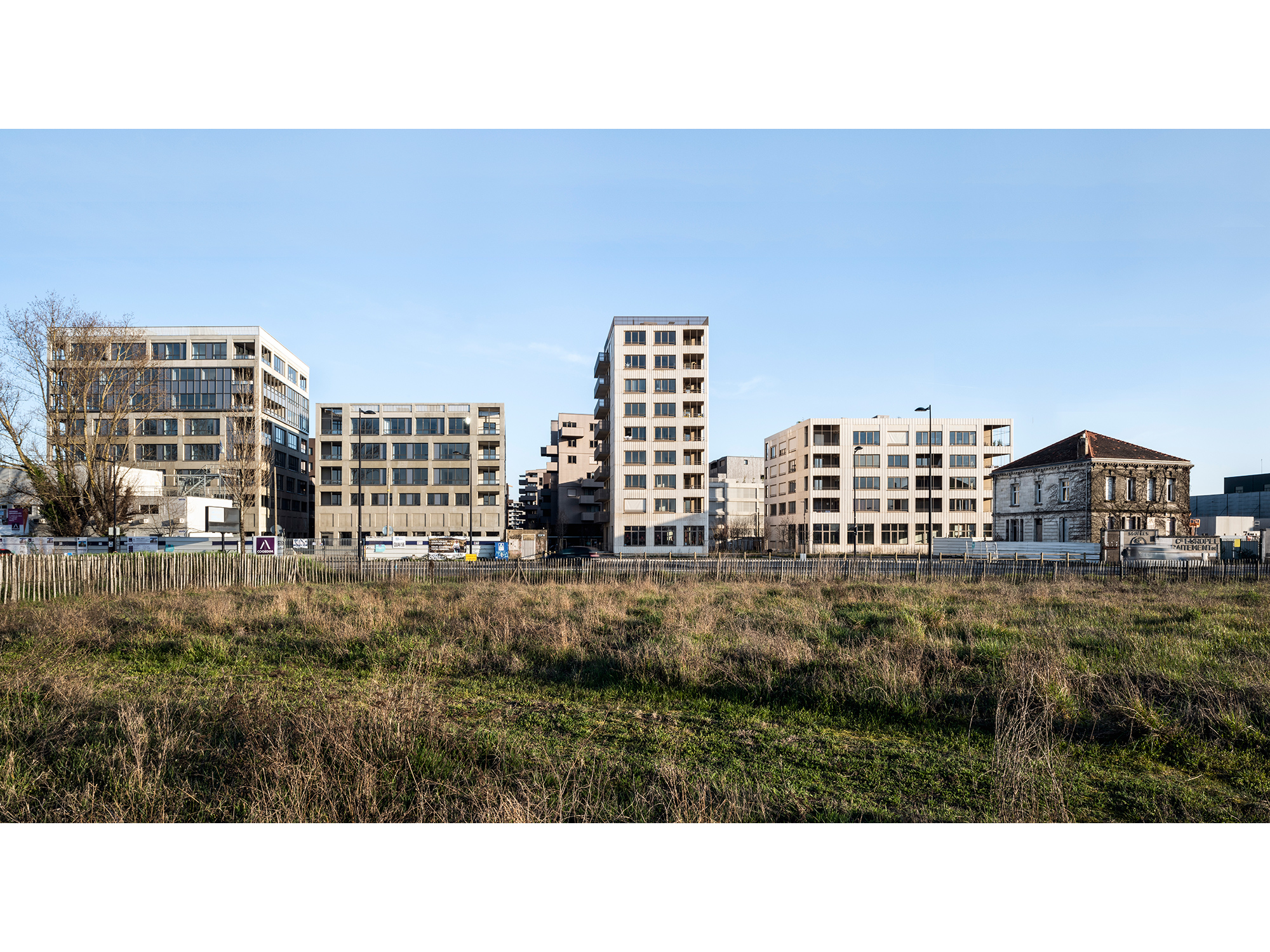 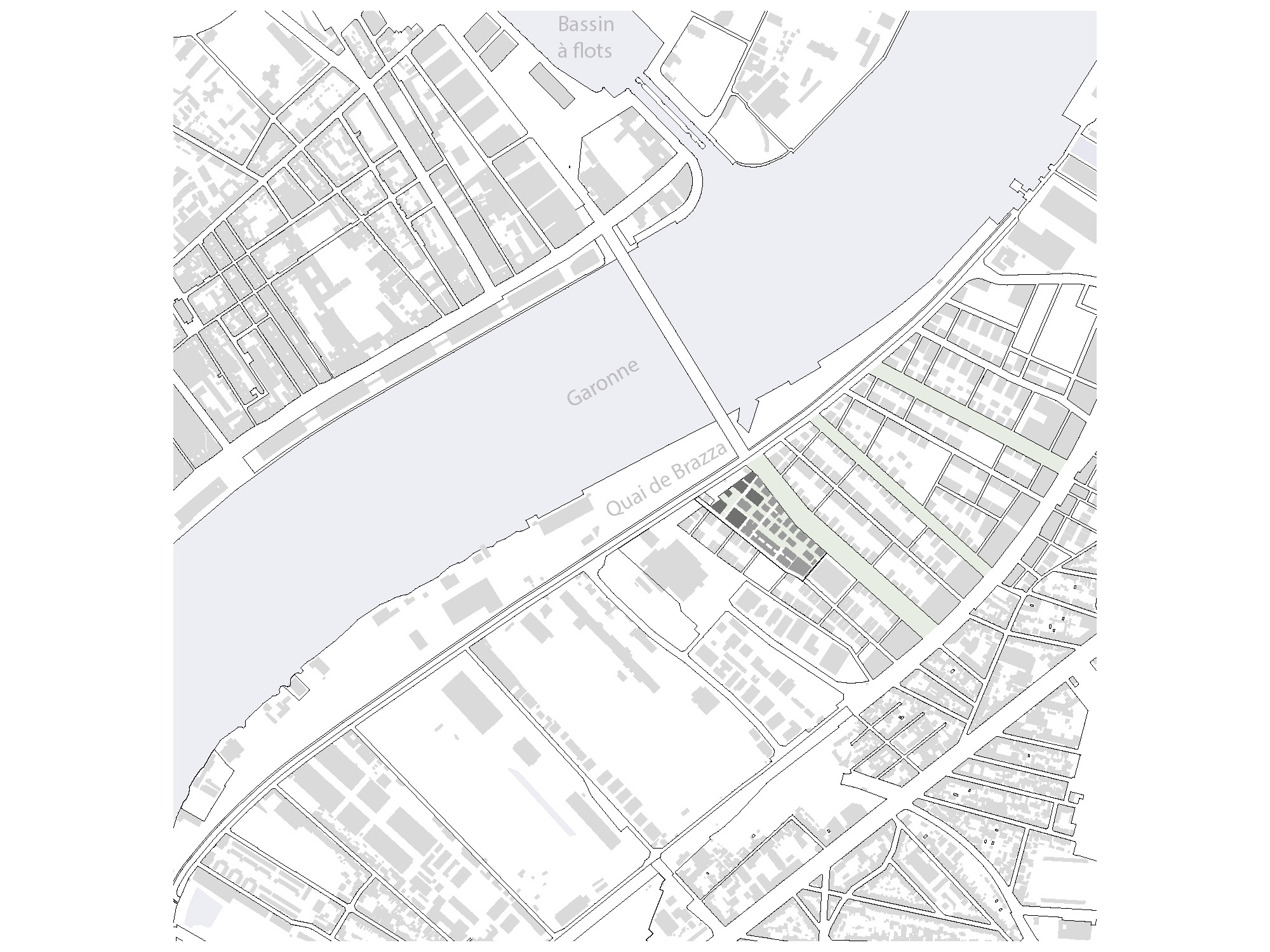 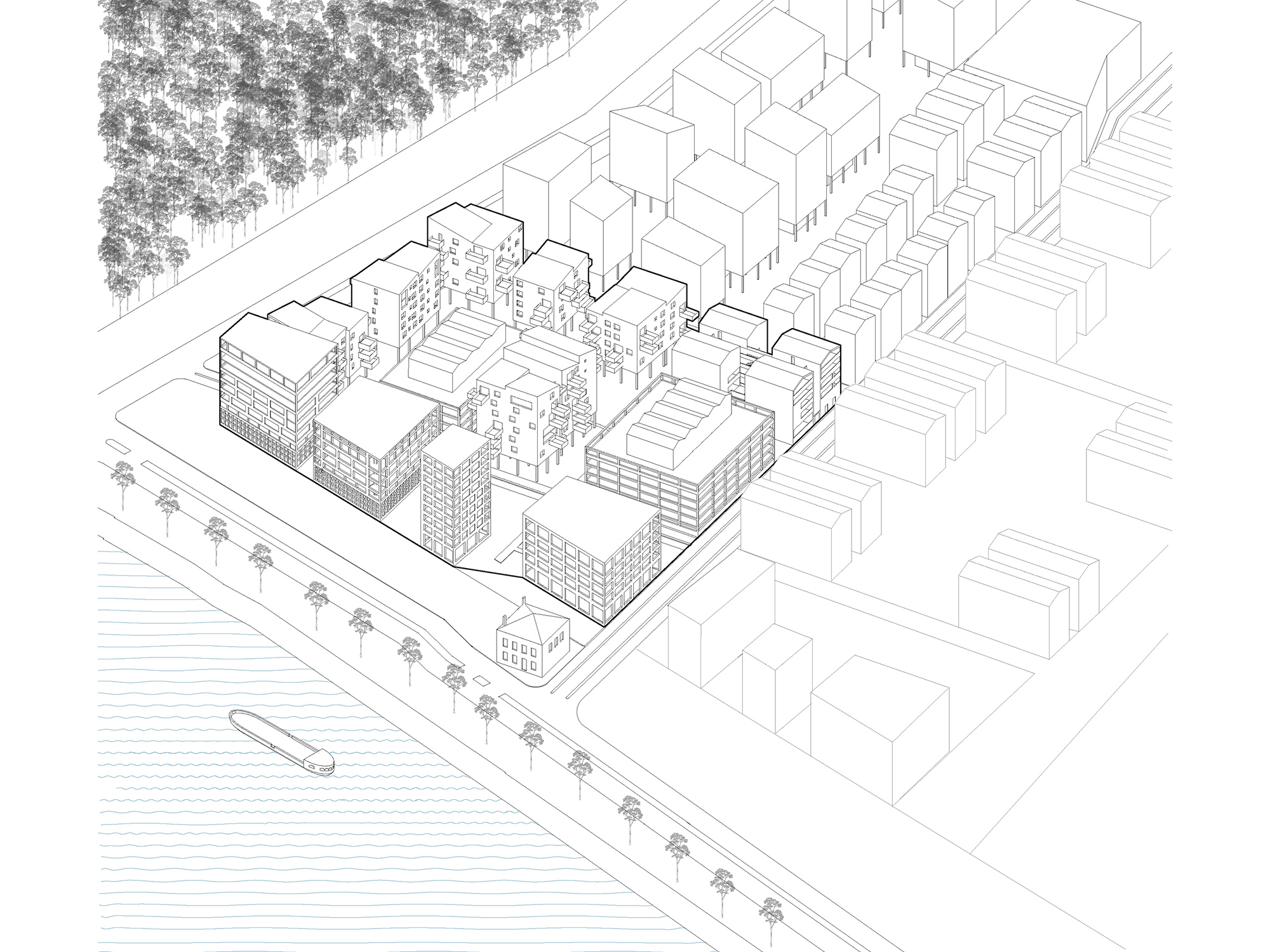 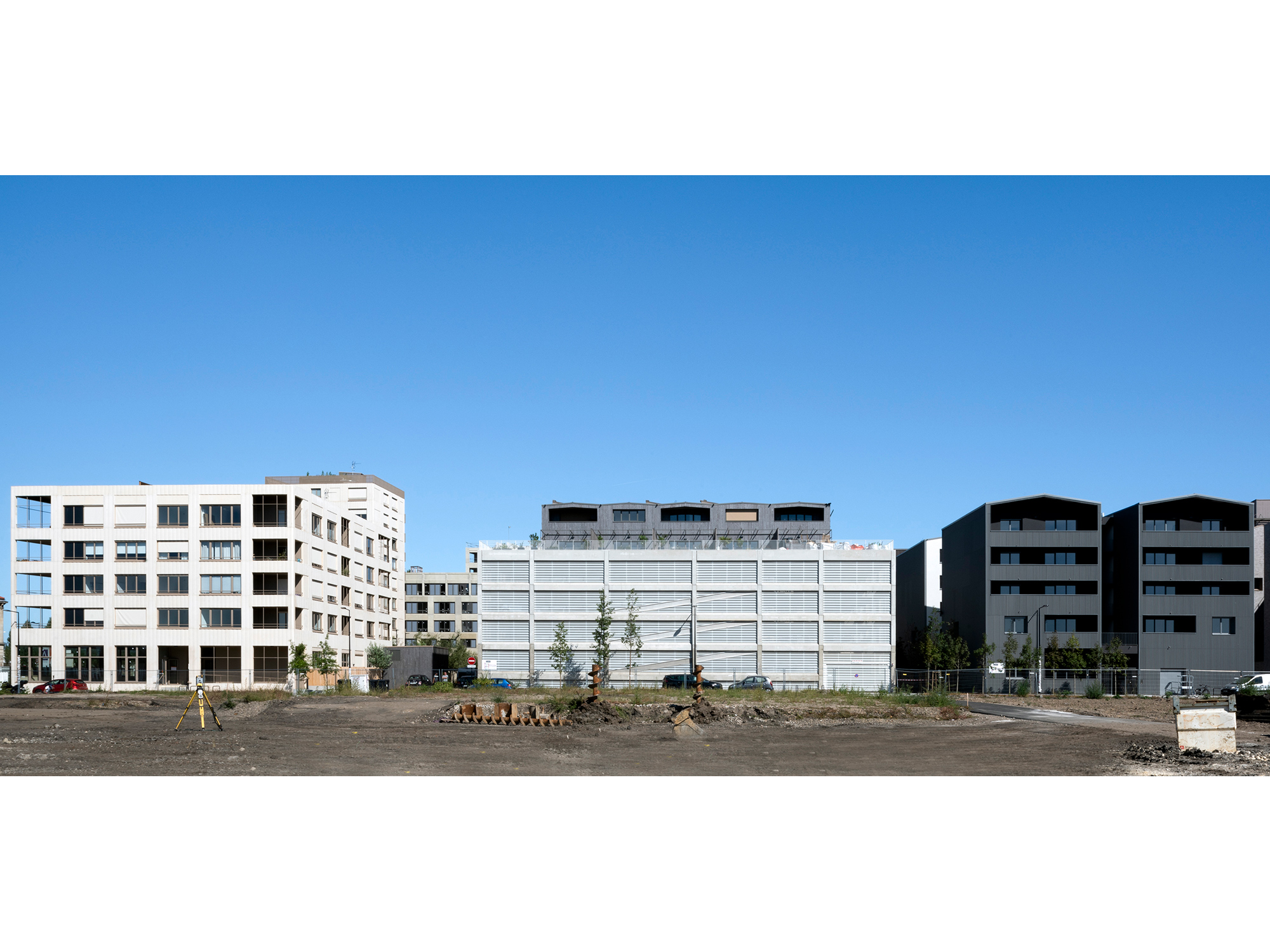 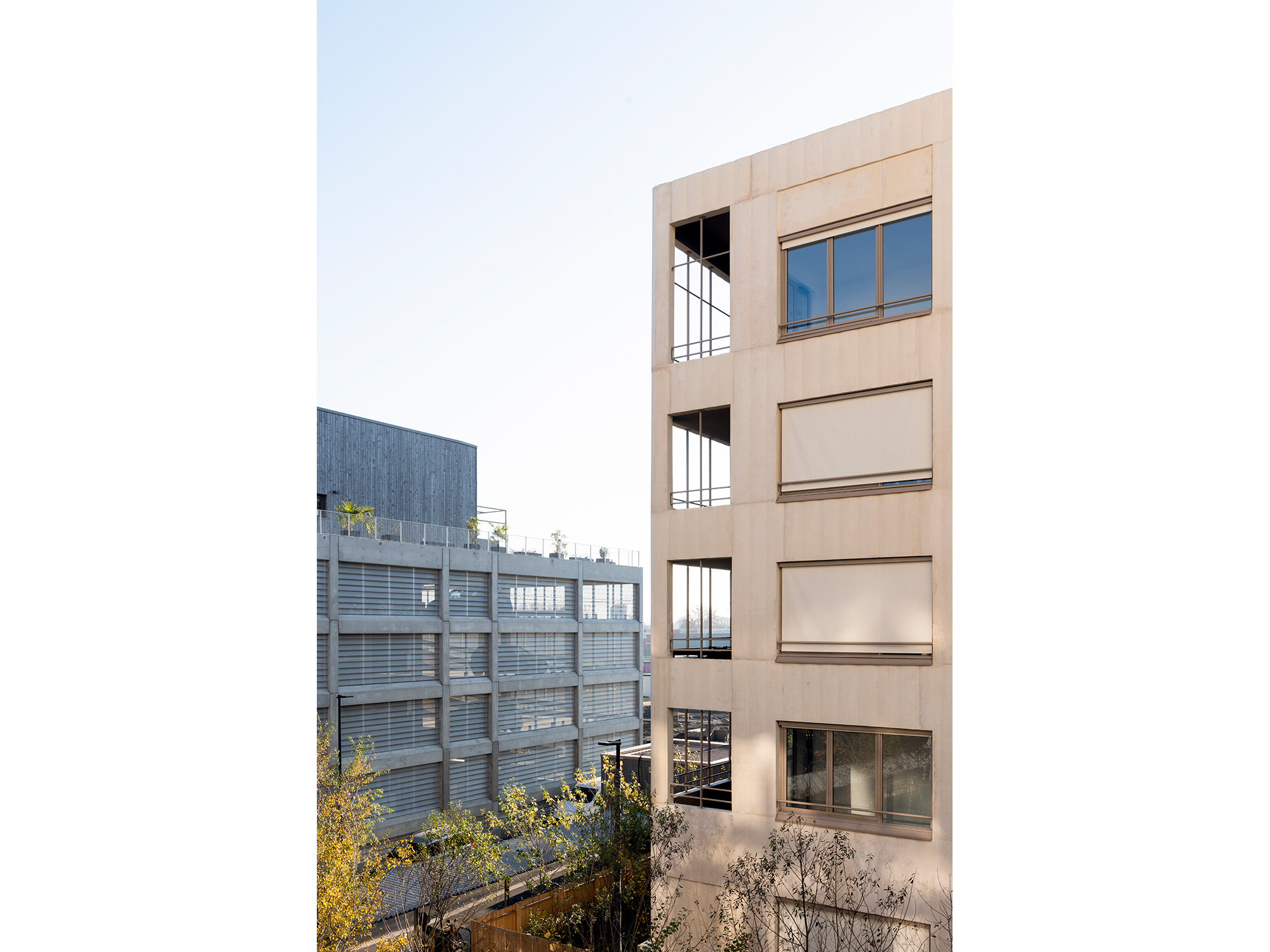 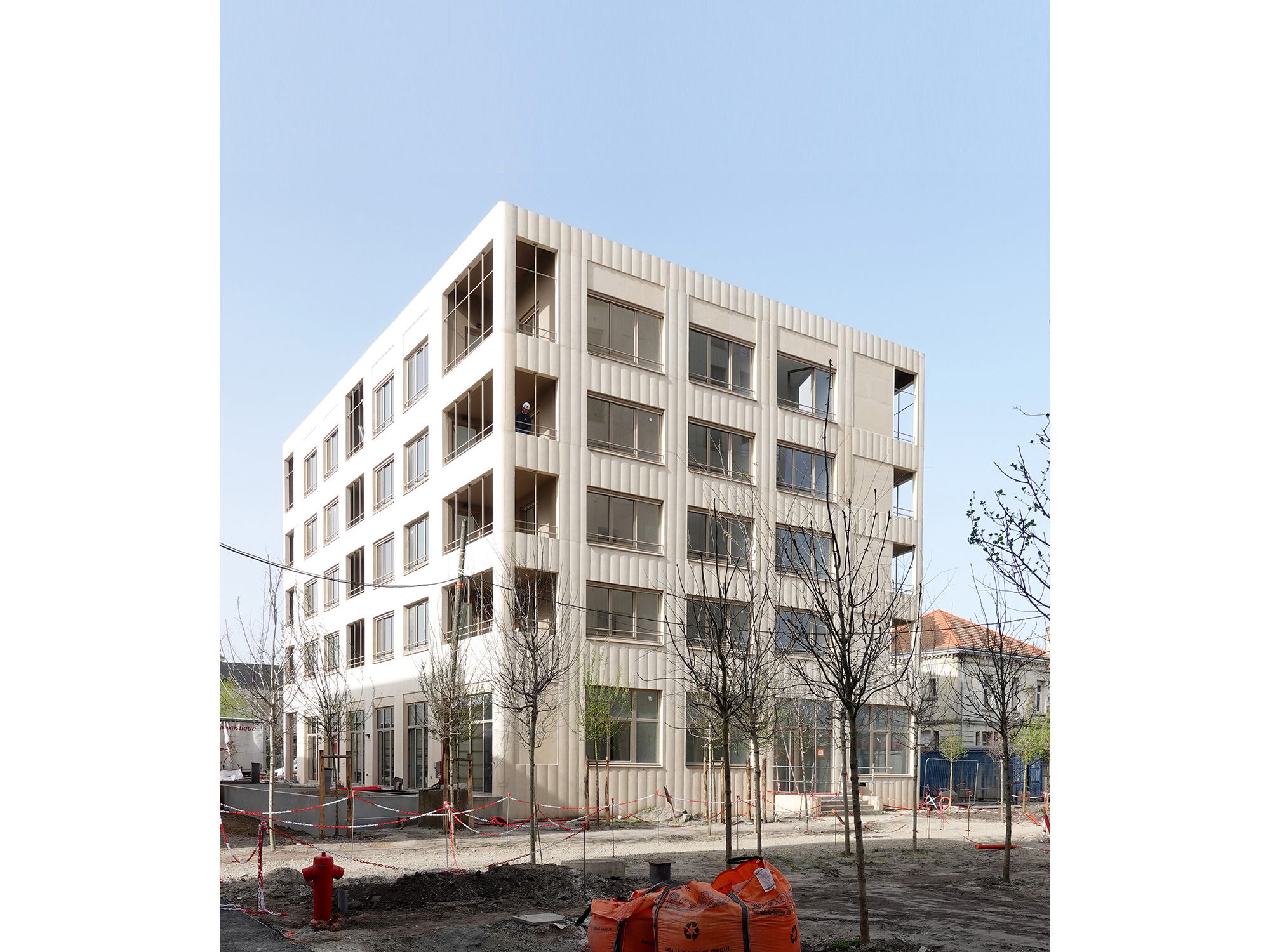 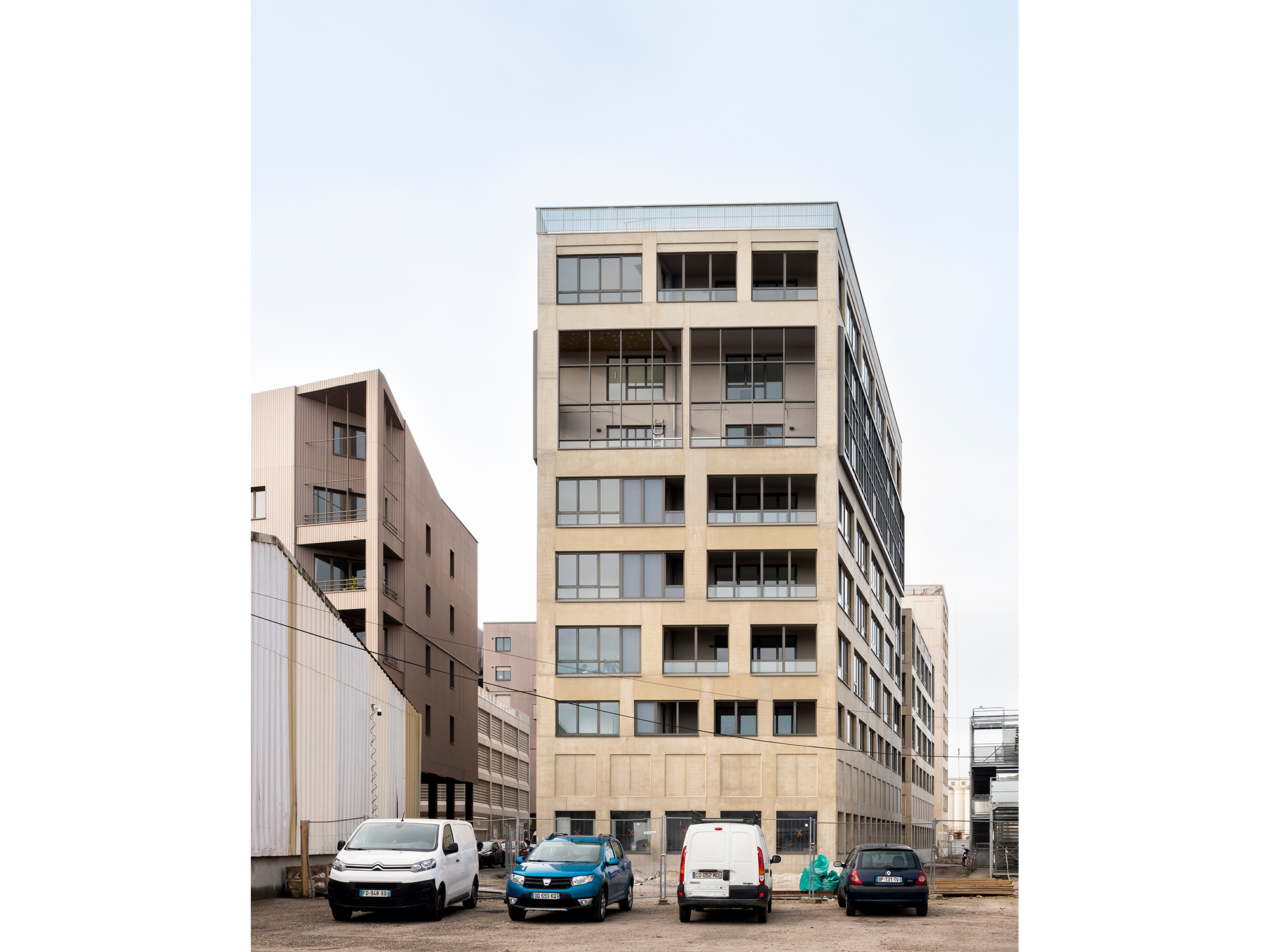 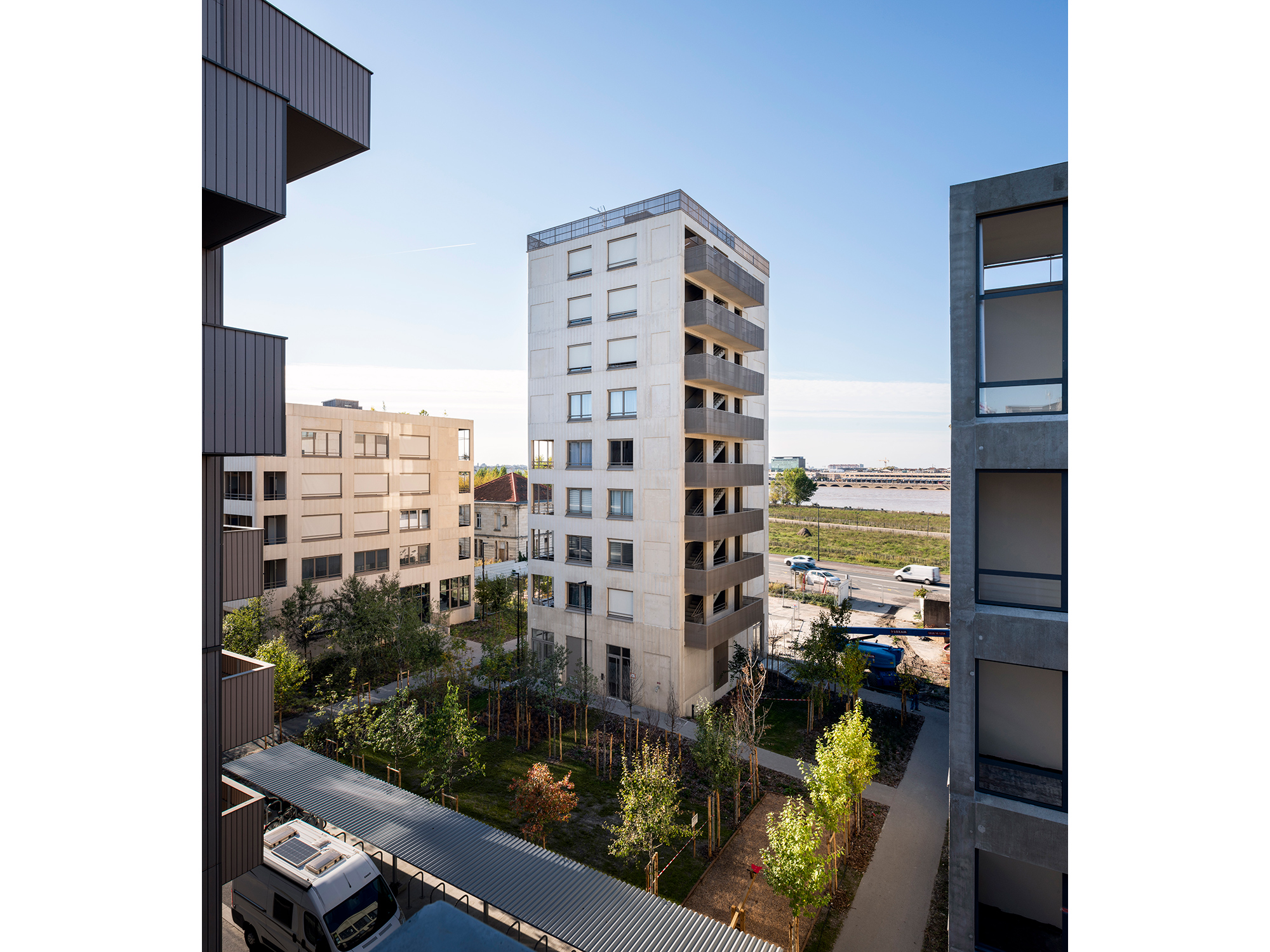 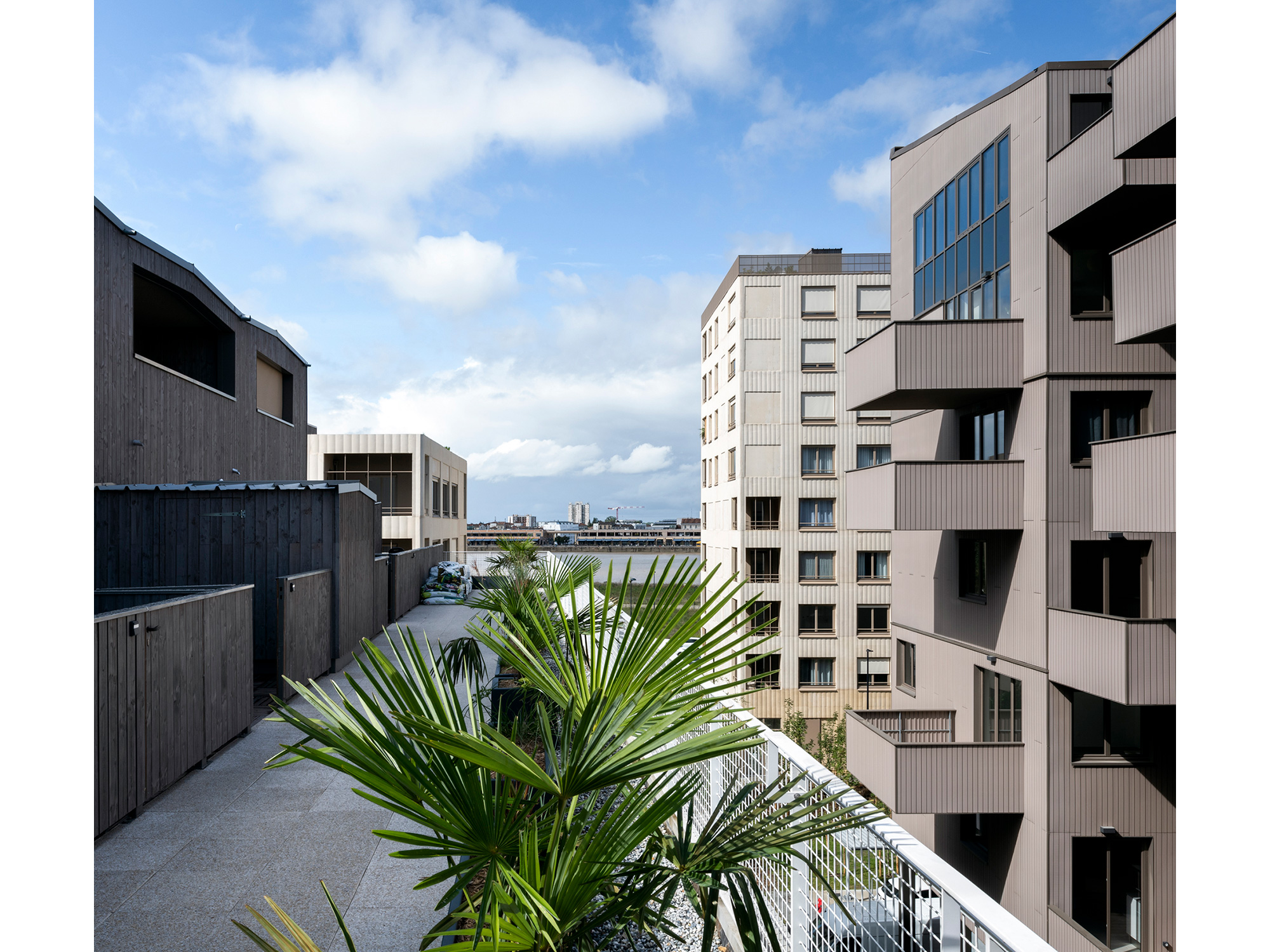 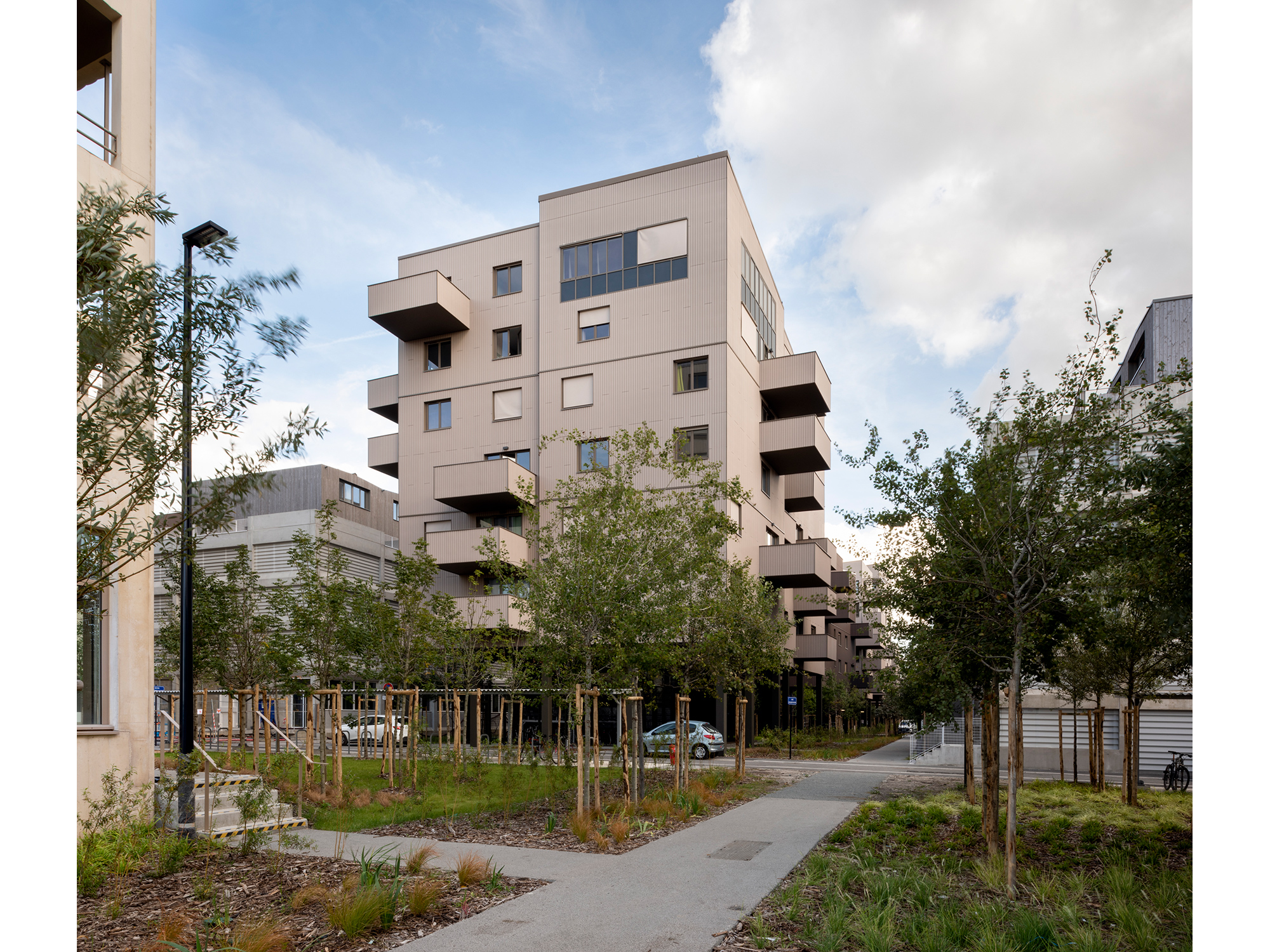 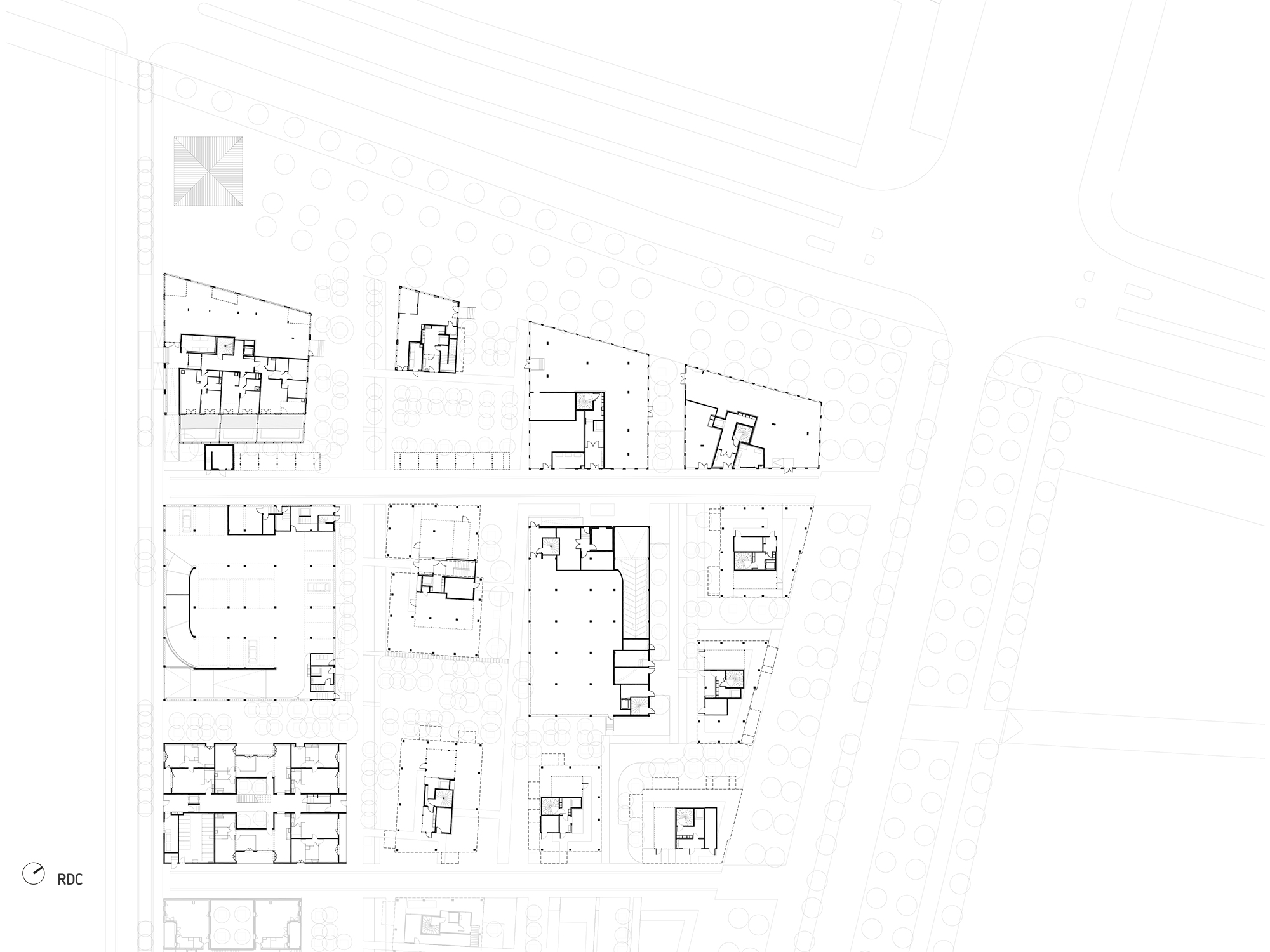 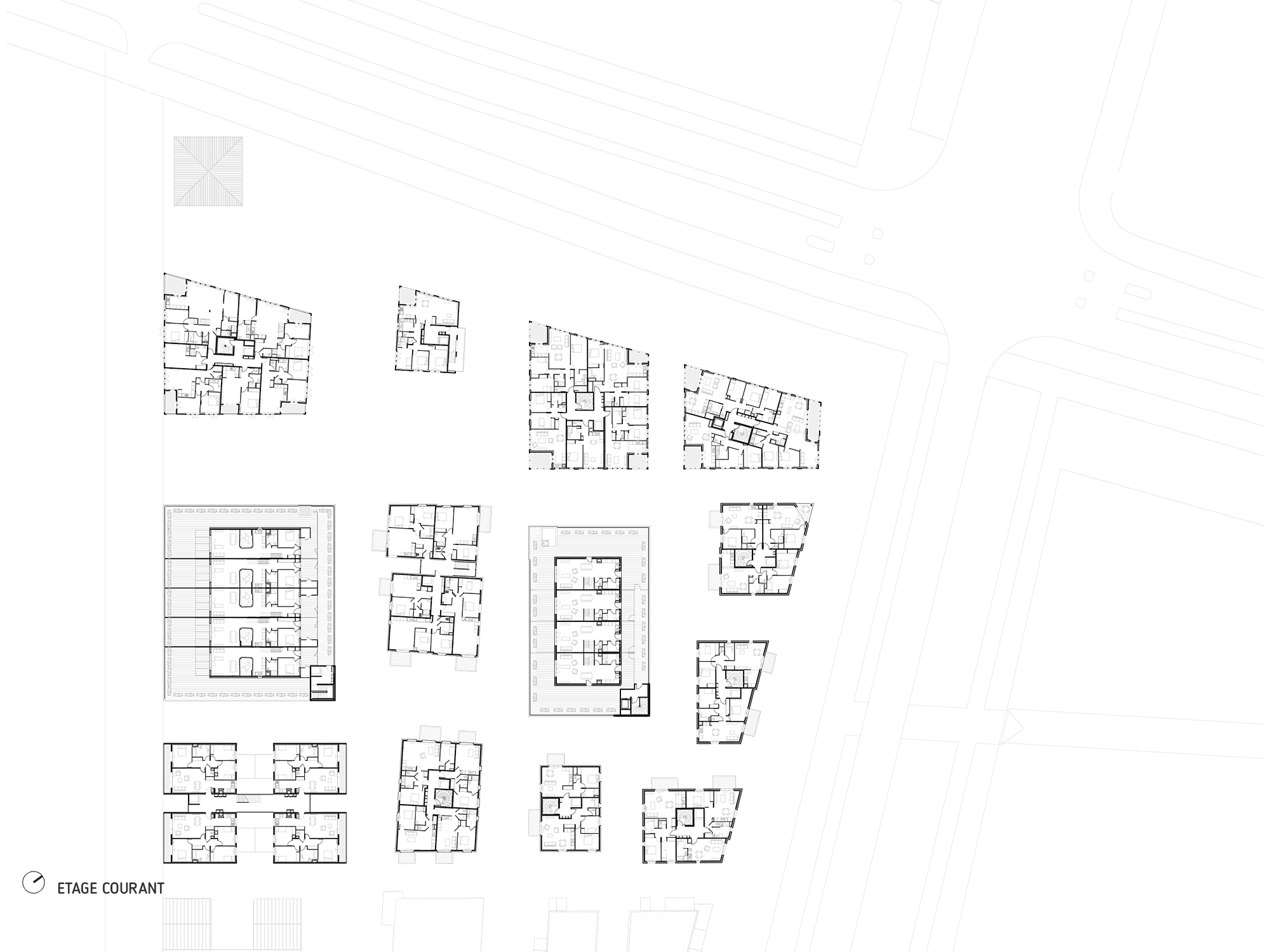 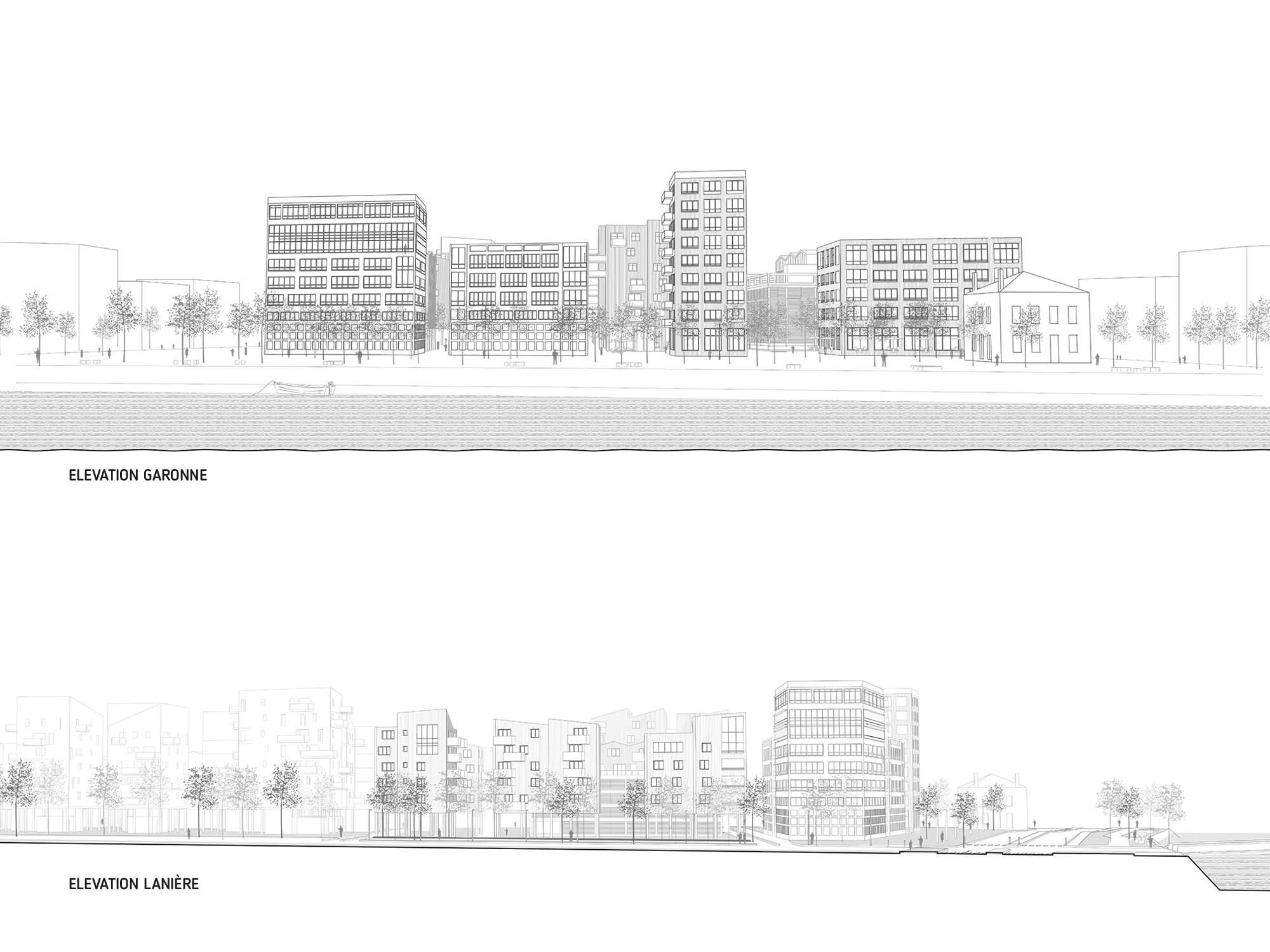 The city of Bordeaux develops along the eastern bank of the Garonne, opposite its historic center. The new Bordeaux Brazza district is located at the end of the new Jacques Chaban-Delmas bridge, which links the eastern and western parts of the city. The overall plan for the district was designed by the architect-urban planner Youssef Thomé and the landscape architect Michel Desvigne. The lot on which we are working is carried out by Cogedim-Aquitaine. The site is subject to the risk of flooding. We are responsible for the urban coordination of two strips of land perpendicular to the river, on which will be built 27,000 m2 for 376 accomodations. We are in charge of the design of 206 accommodations, approximately 16,000 m2 and of two silo car-parks totalling 191 parking spaces.

The architectural specifications define four typologies : concrete buildings with simple forms along the urban front on the Garonne, buildings on stilts, surrounded by trees, silo car parks, and “capable volumes”, constructions that the tenant will be able to fit out as he wishes. All of the apartments open onto several orientations and have large balconies or loggias.