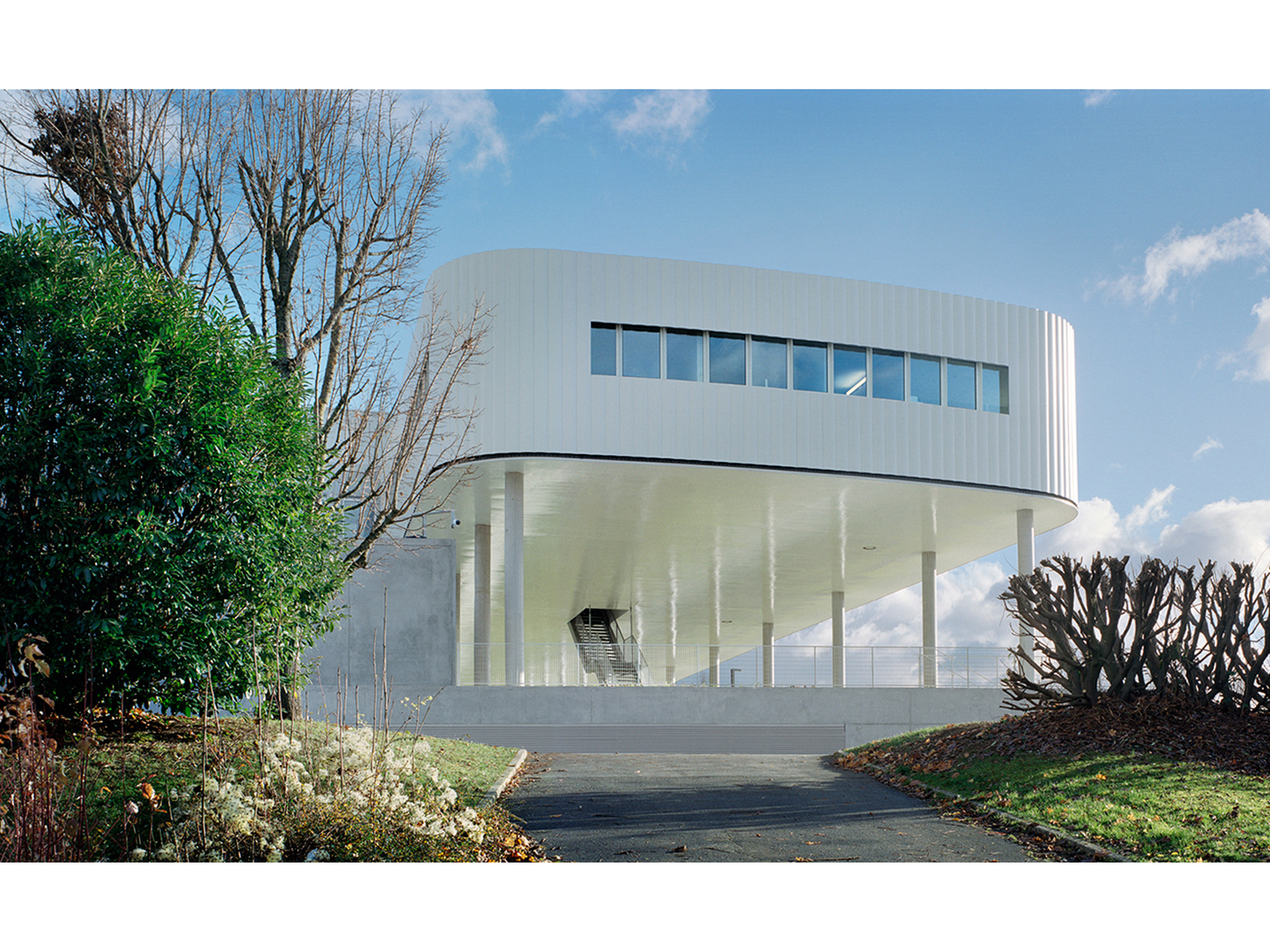 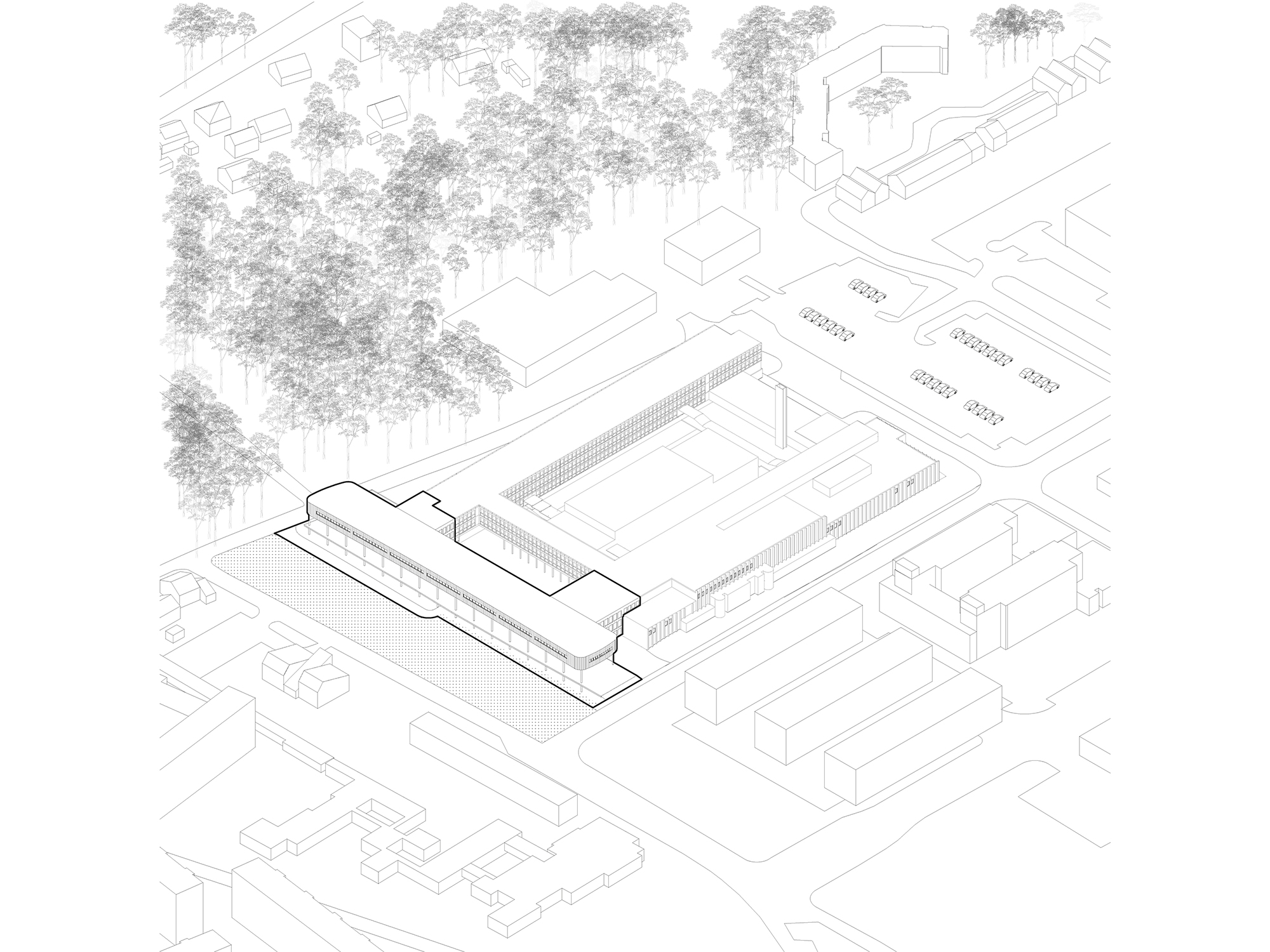 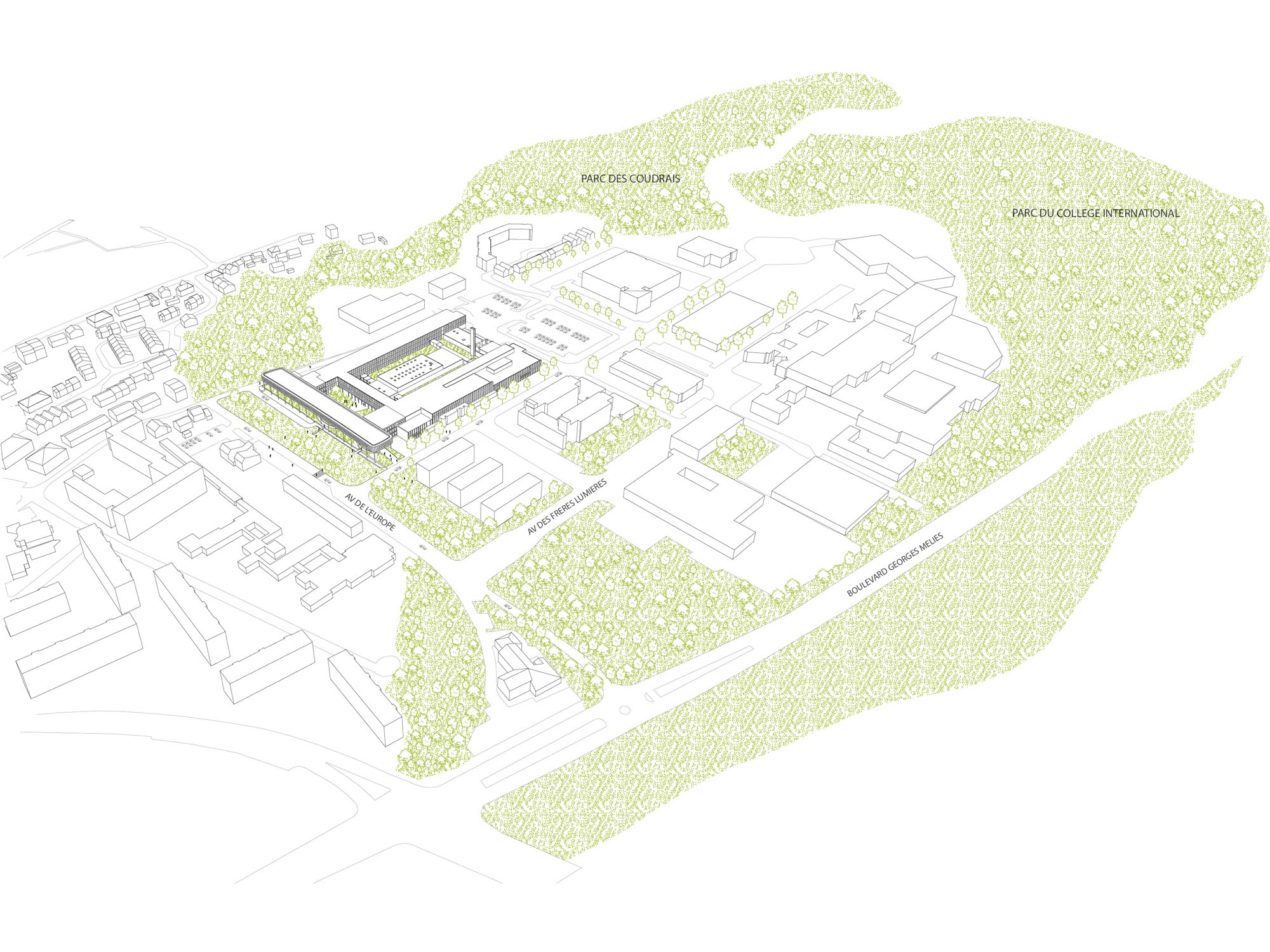 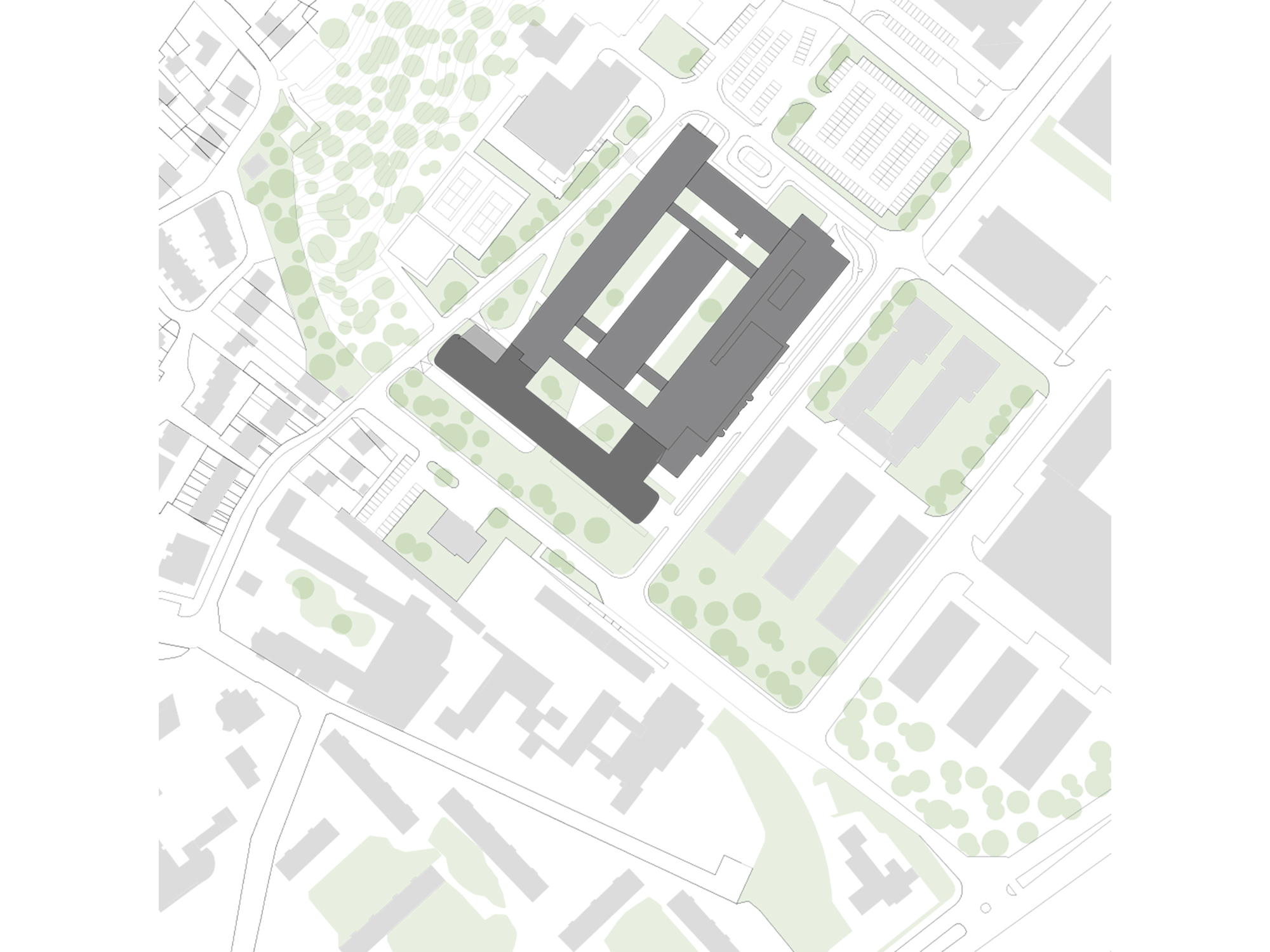 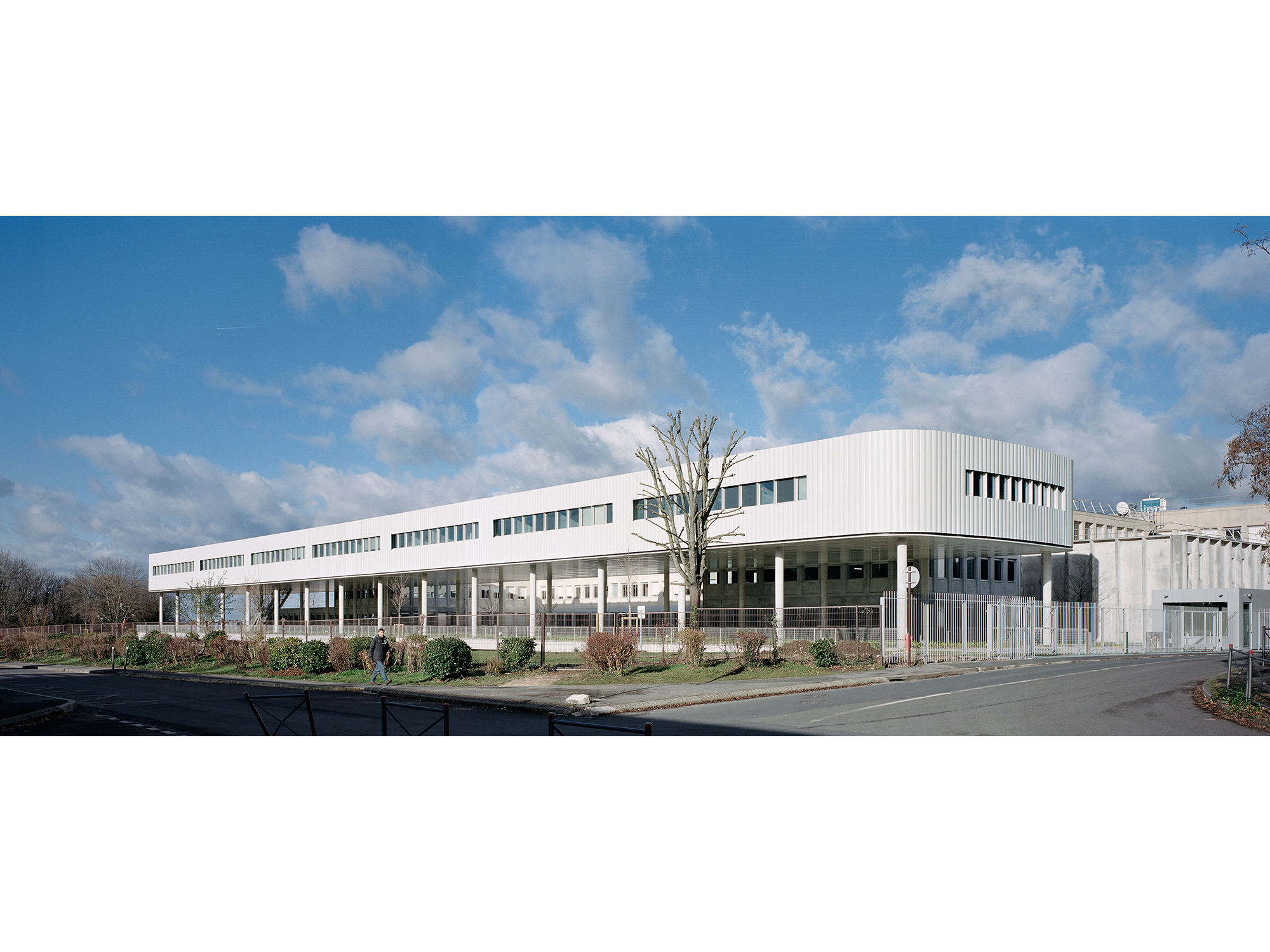 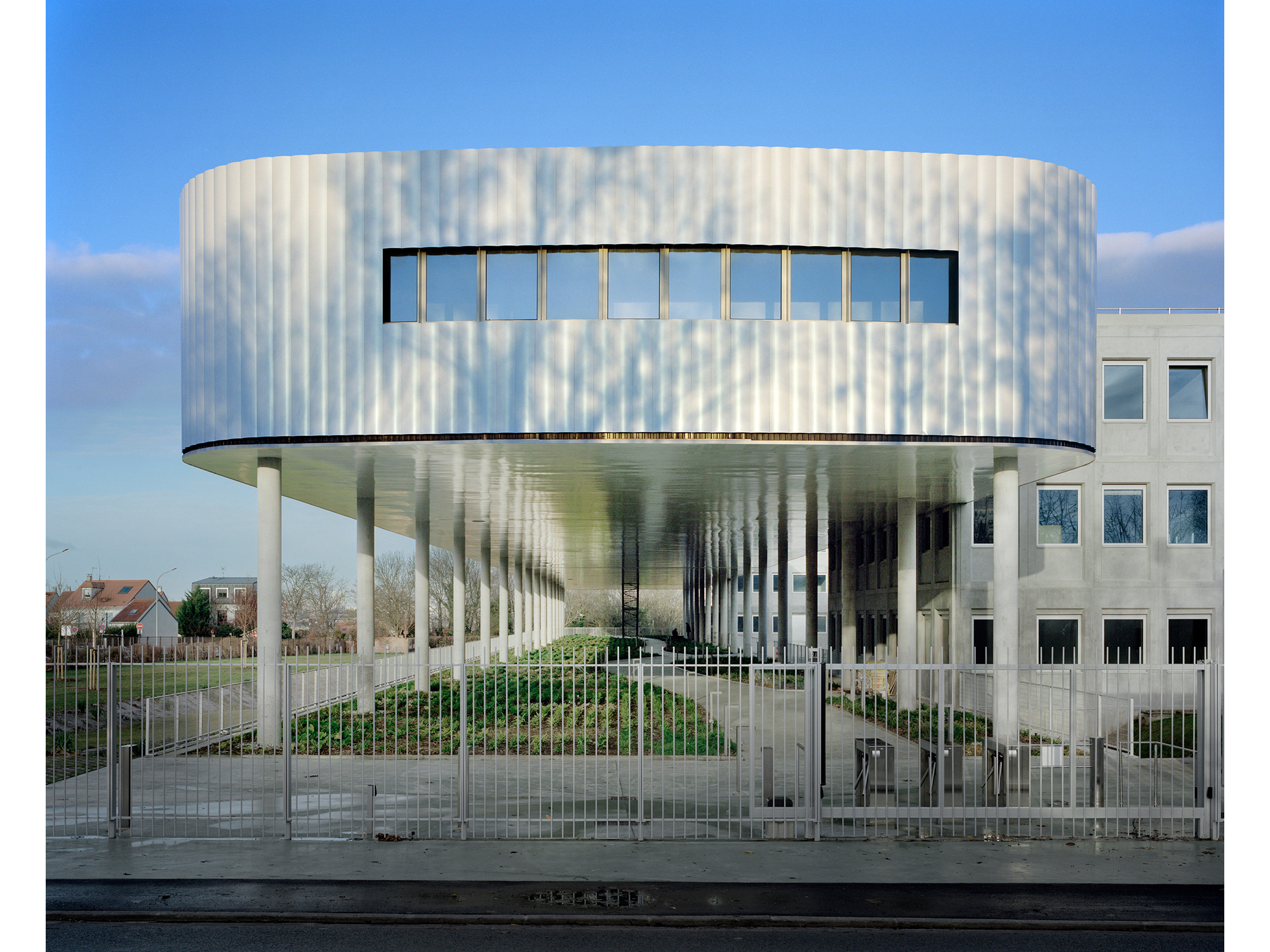 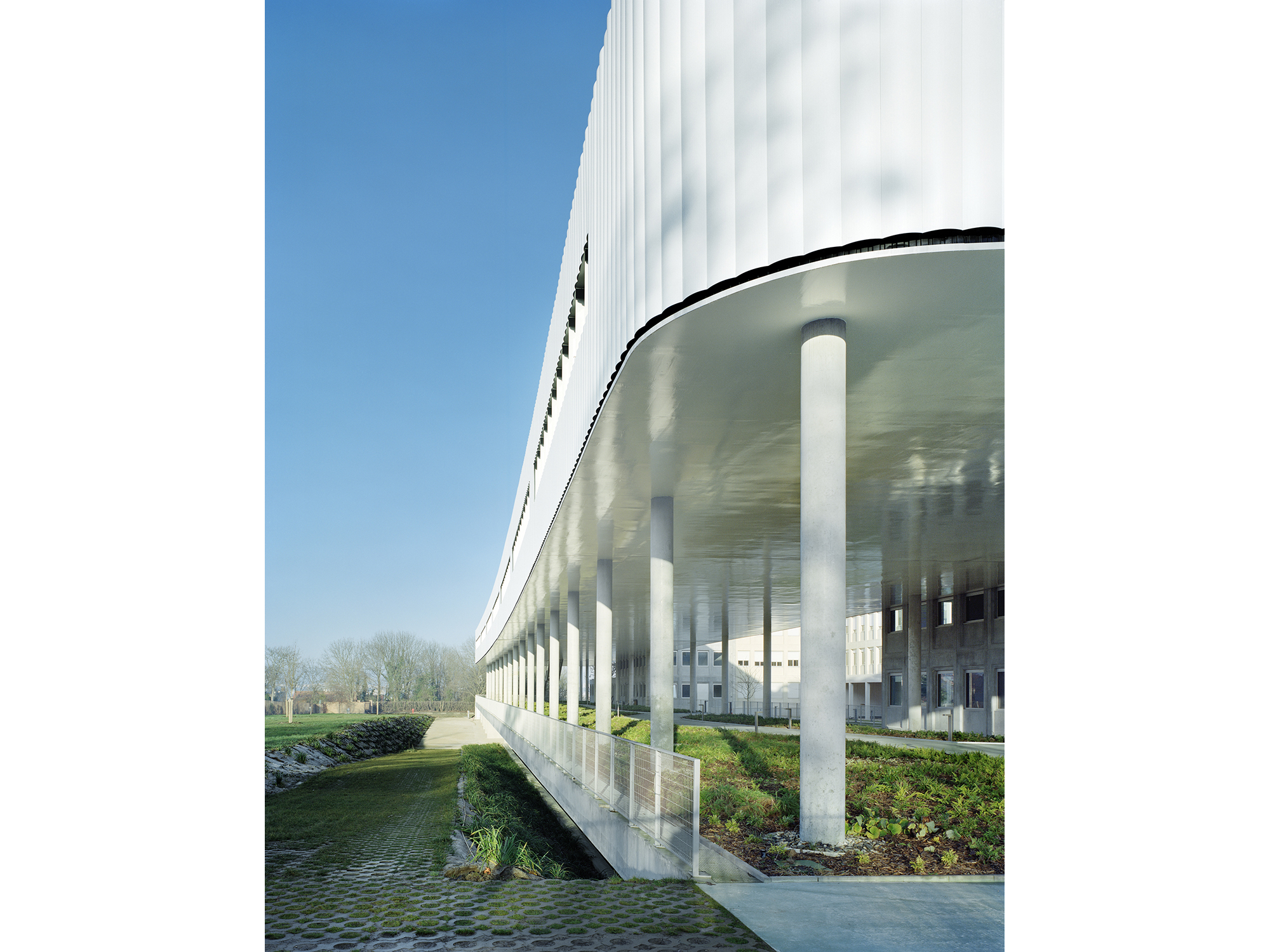 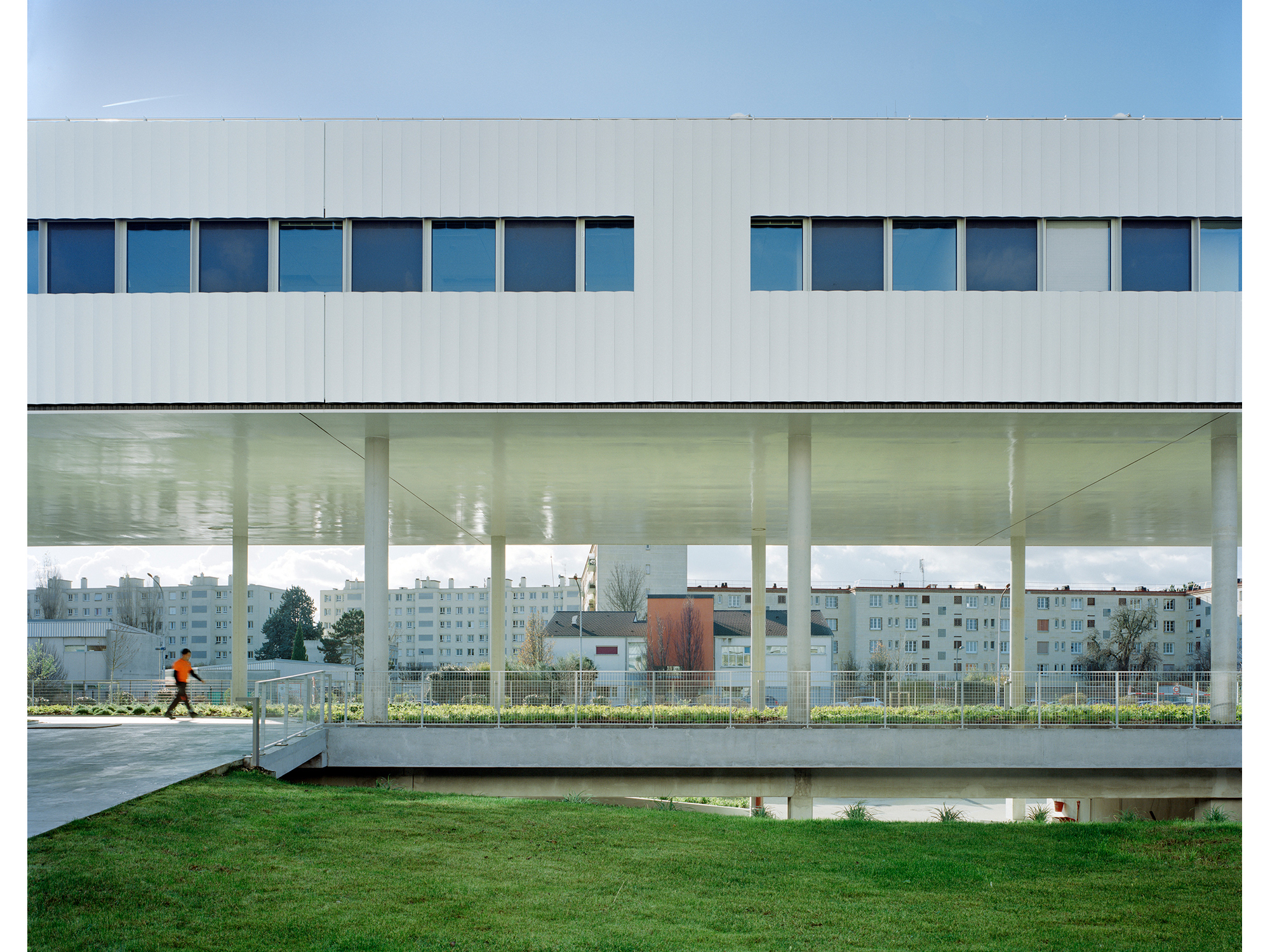 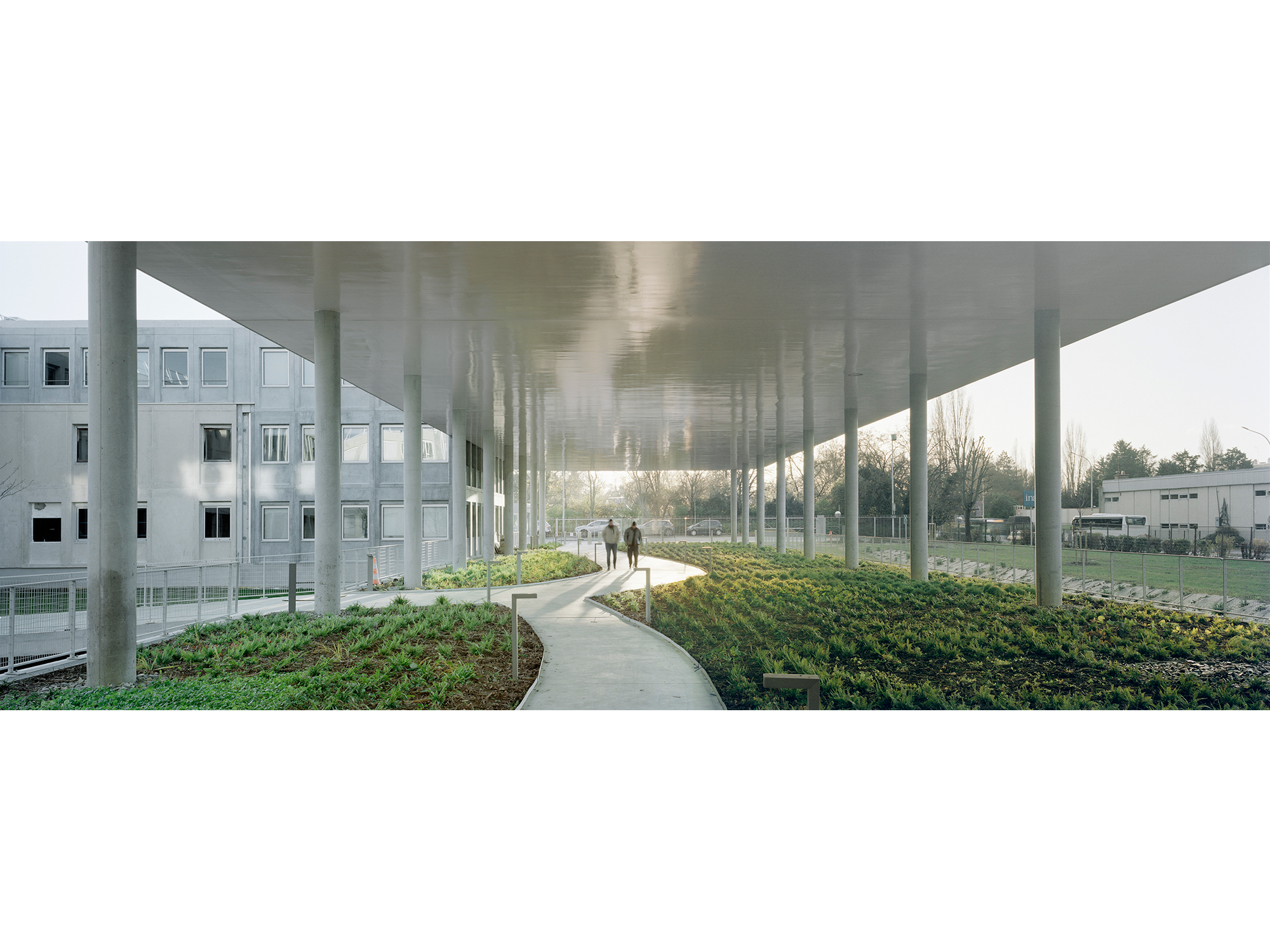 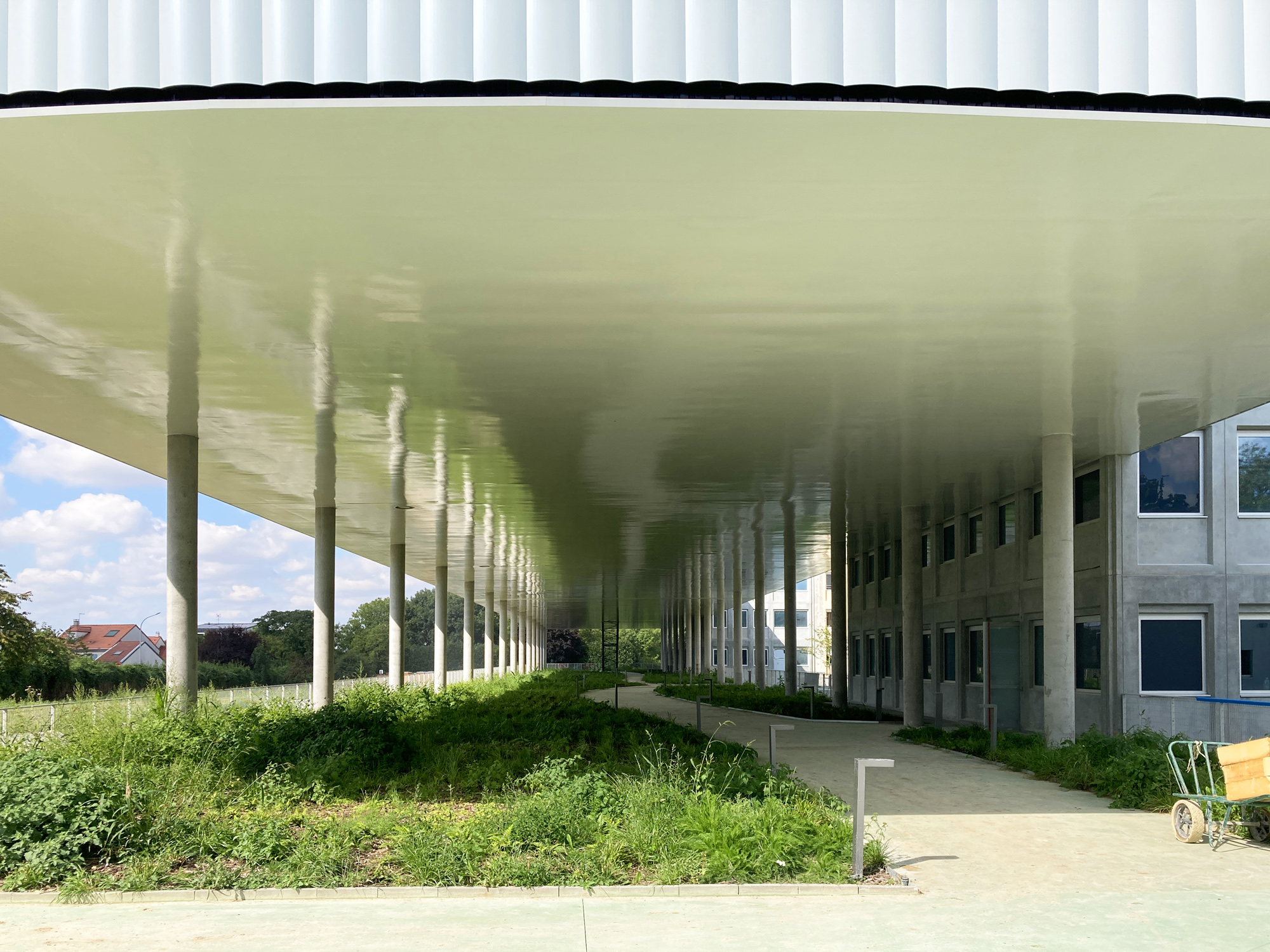 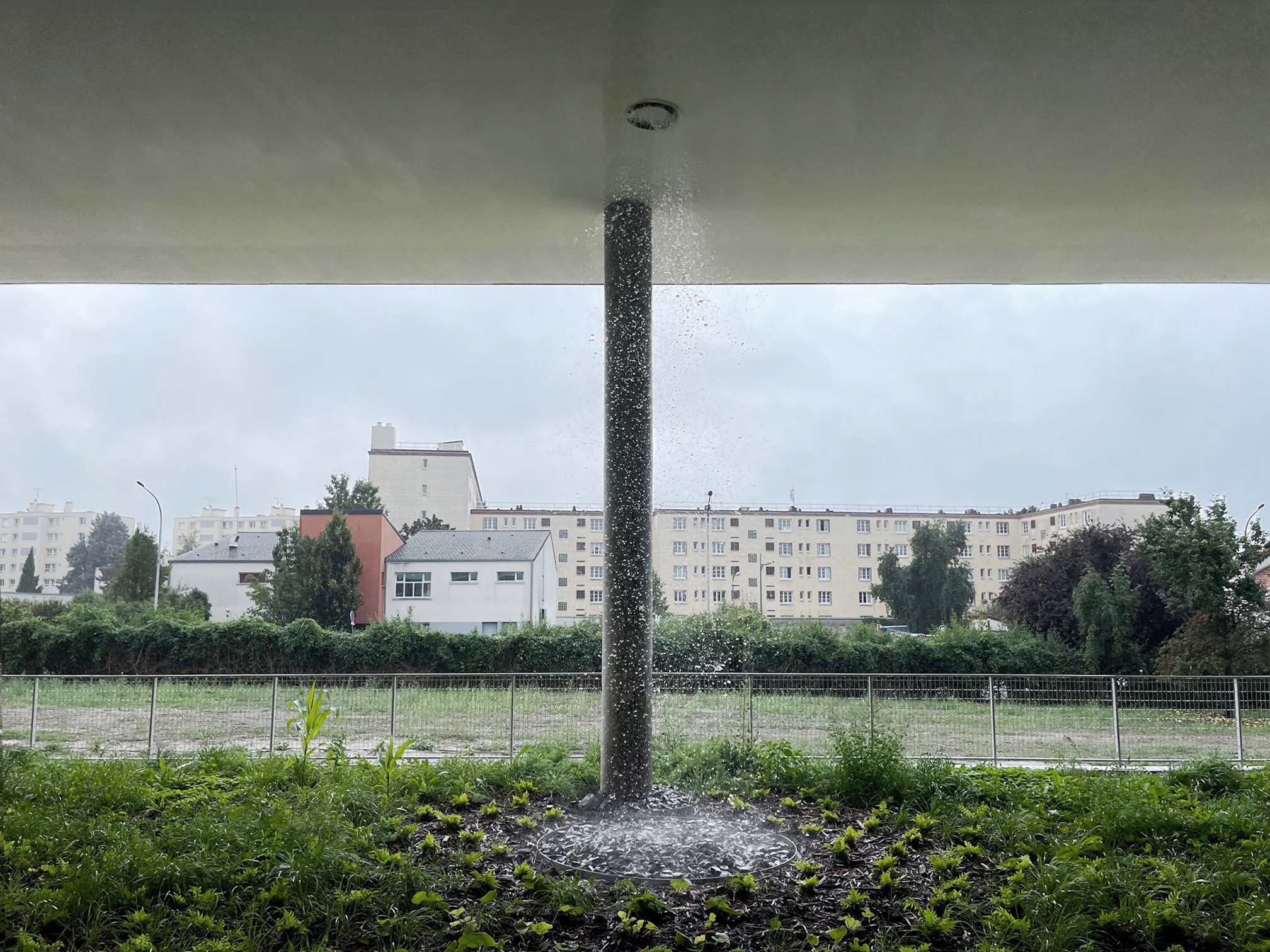 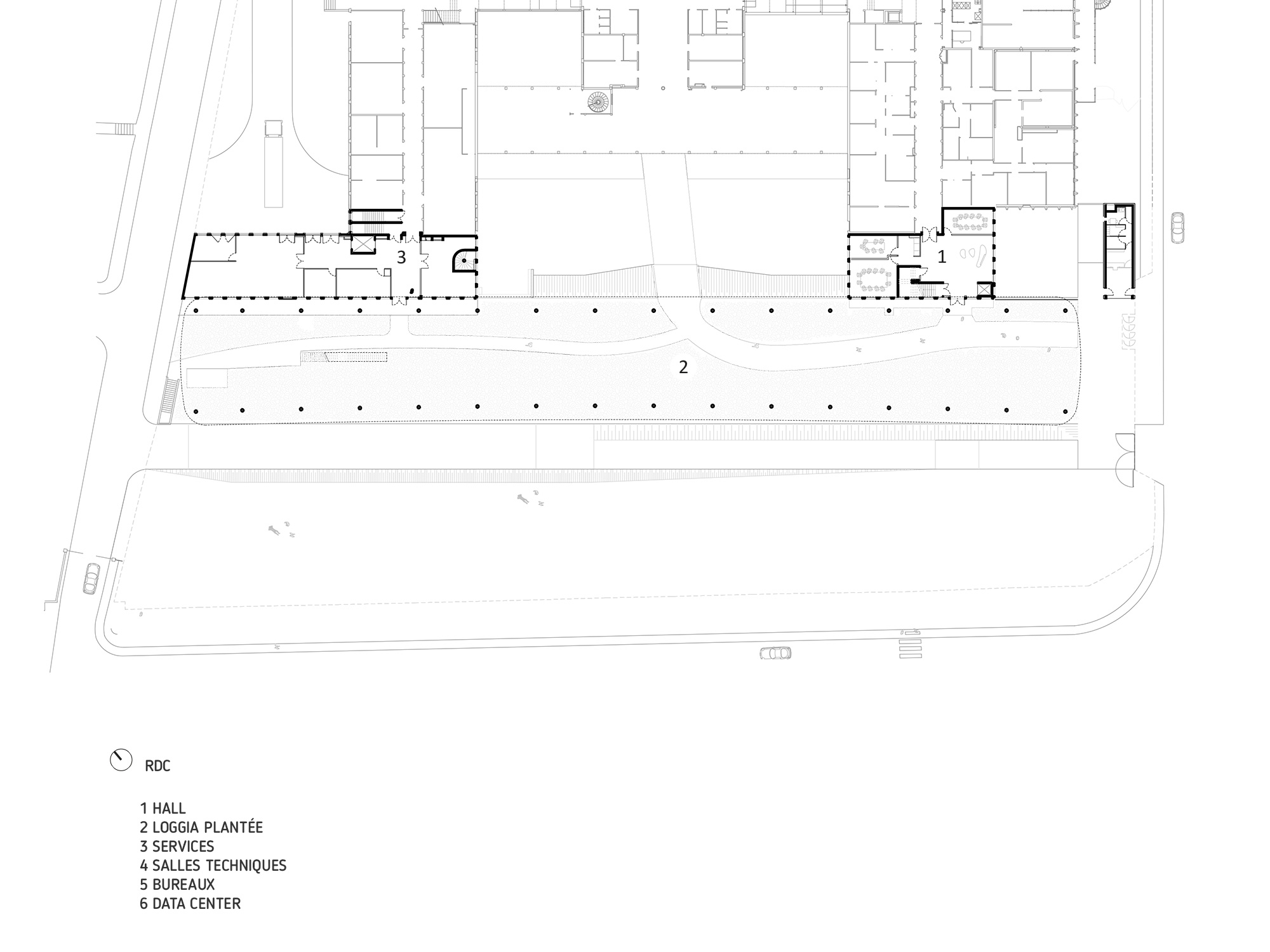 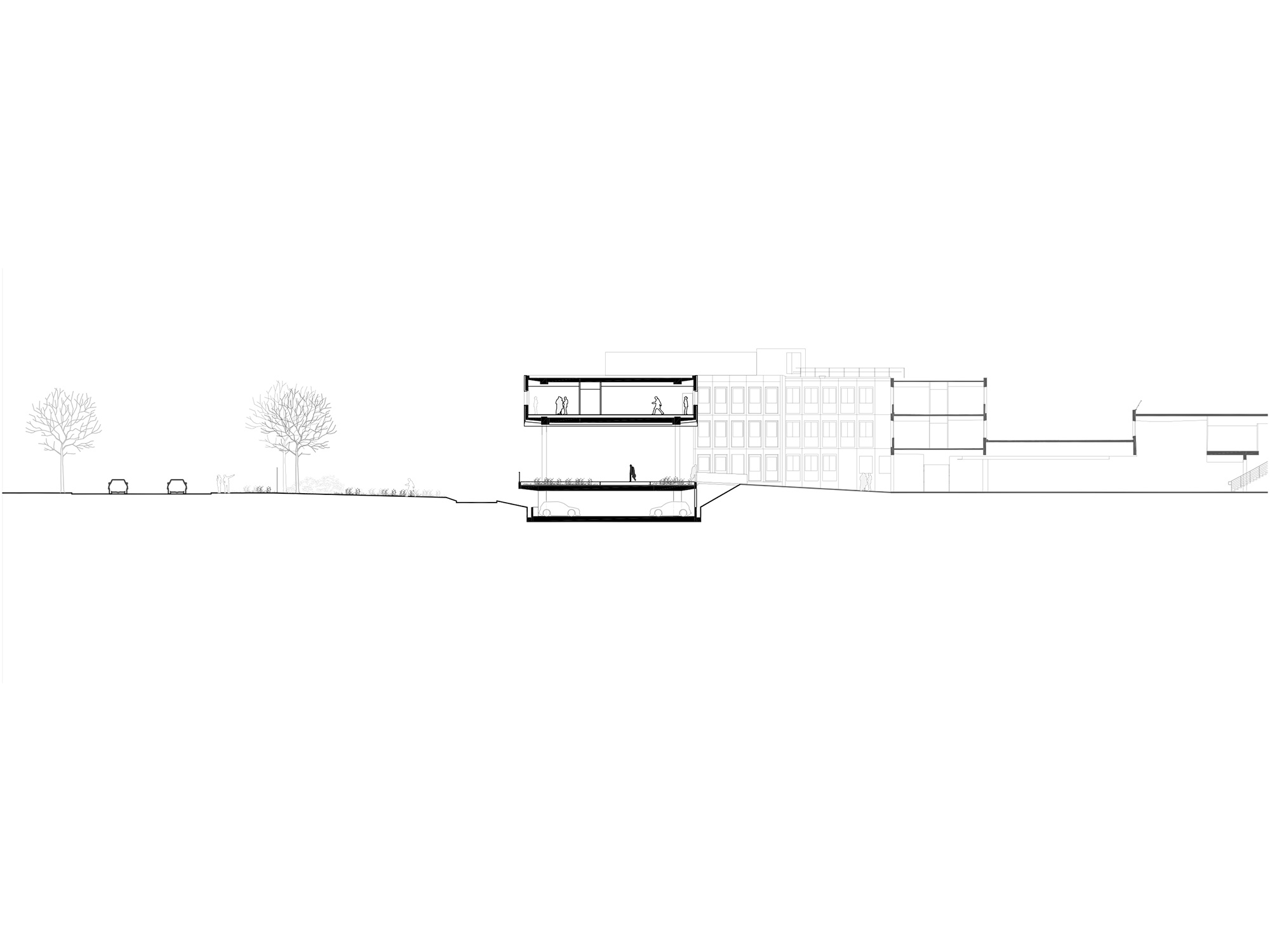 The building represents the extension of a very long and austere construction made of precast concrete panels that dates back to the 1970s and follows a rigorous grid pattern organized around two long courtyards planted with trees.

In order to avoid downscaling the architecture of the extension alongside the mass of the first building, the new construction follows the existing grid pattern and also develops a great length. However, the entire construction obviously needed to become more urban and enjoyable.

To fulfill that need, we created a spectacular occurrence that takes the city into account while offering a completion to the existing architecture by endowing it with a kind of positive fate. The largest part of the new building was raised by some 6 meters to make room for a 2,300 - square meter garden covered by a bed of ferns dotted with small trees. This ’planted loggia’ - 130 meters by 18 meters - set under the extension, gains an urban nature thanks to its size. It also enabled landscape continuity between a park, a large lawn, the existing planted courtyards and neighboring parks. The parking lots don’t infringe on the planted areas, as they are set under the loggia, yet remain open. The upper section houses the offices and recording studios while the data center is located under the garden slab.