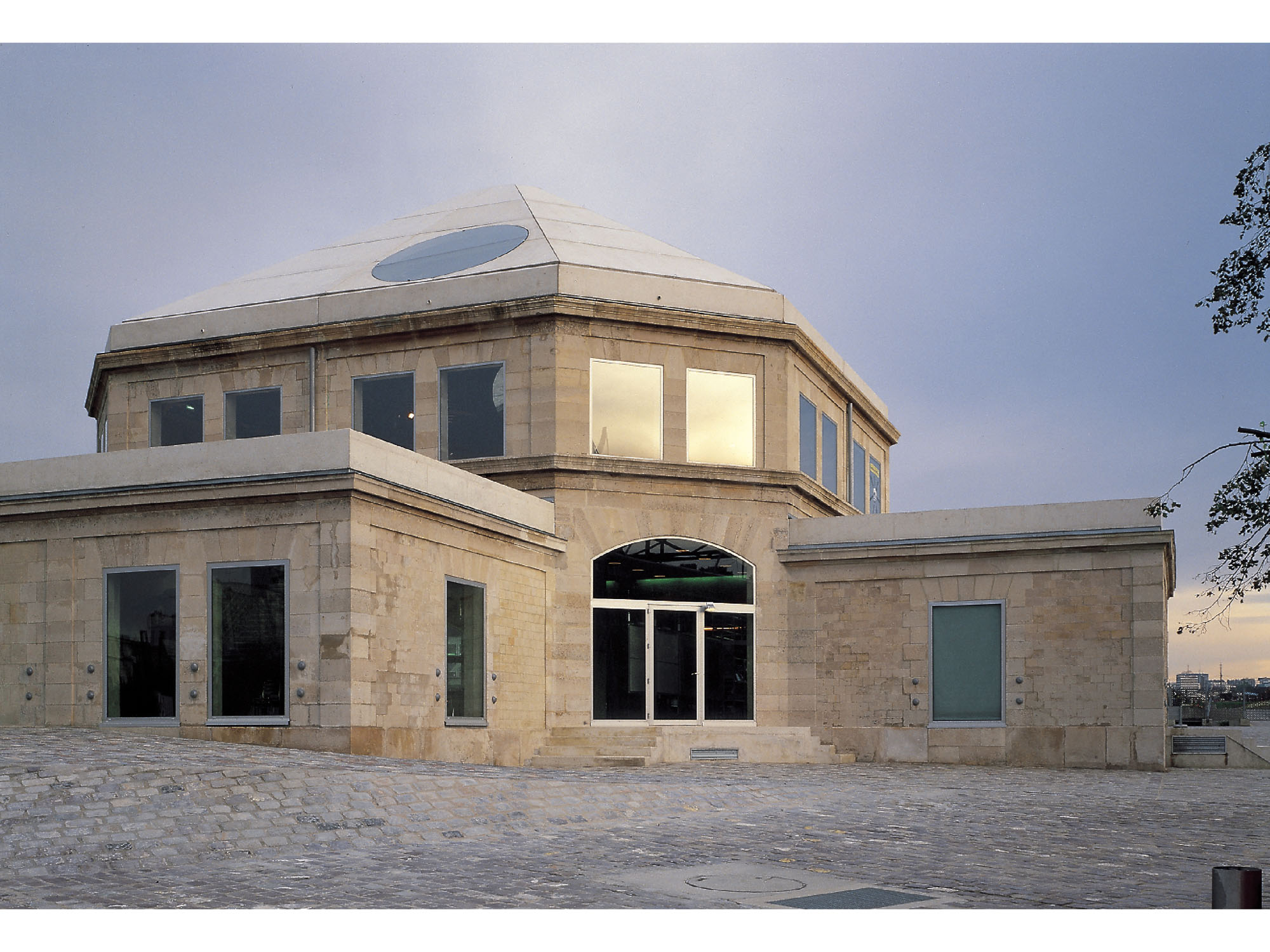 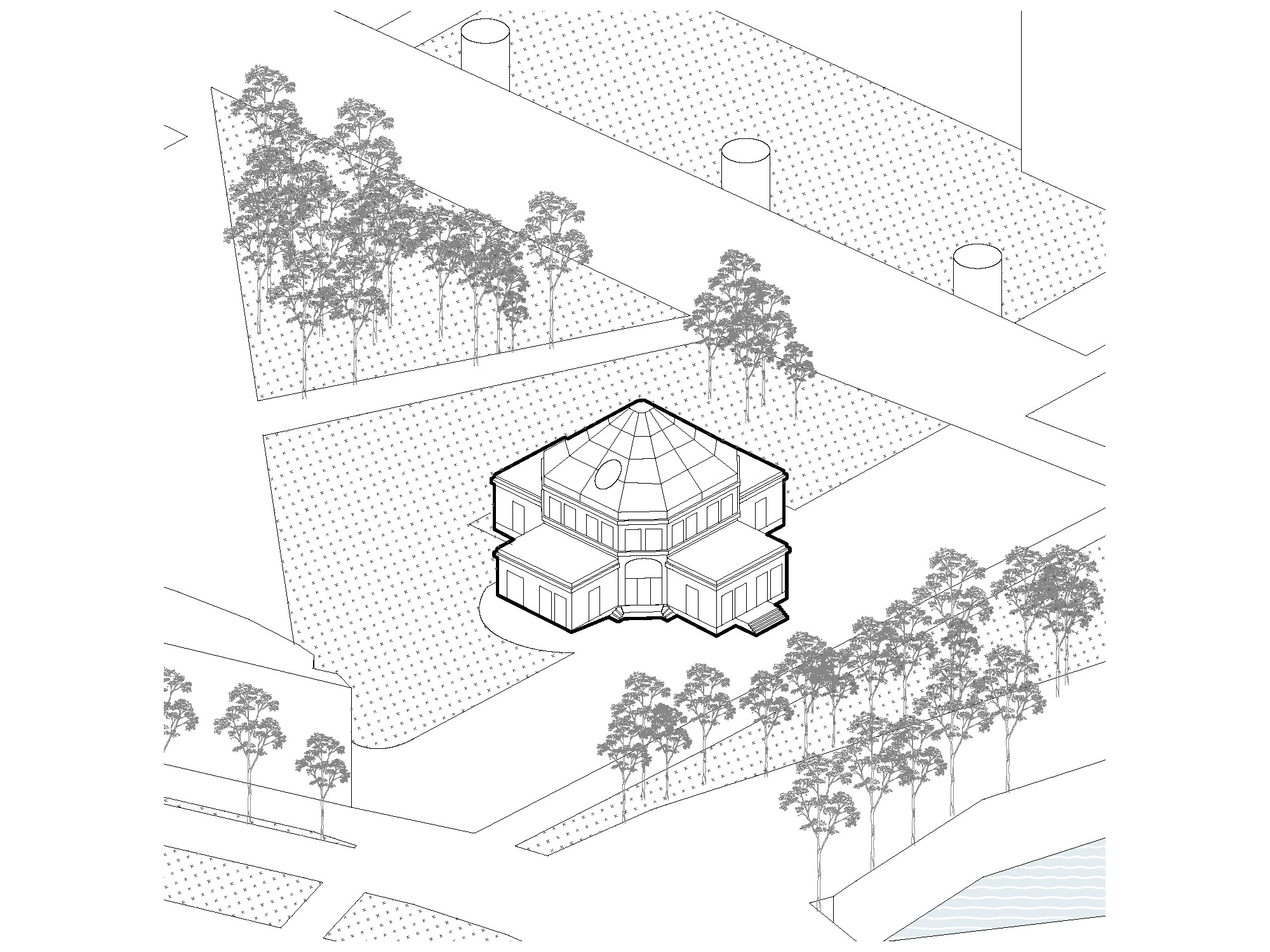 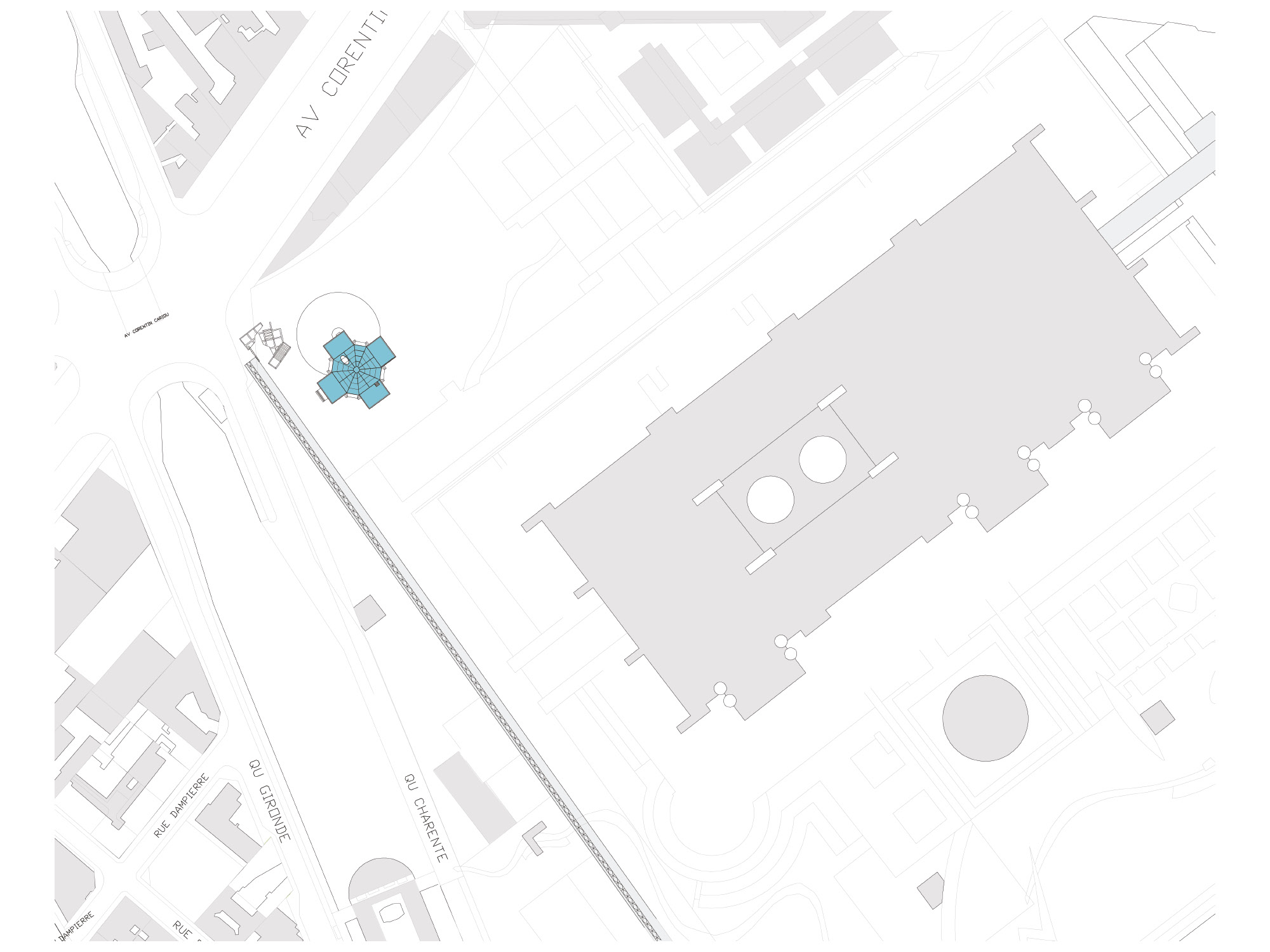 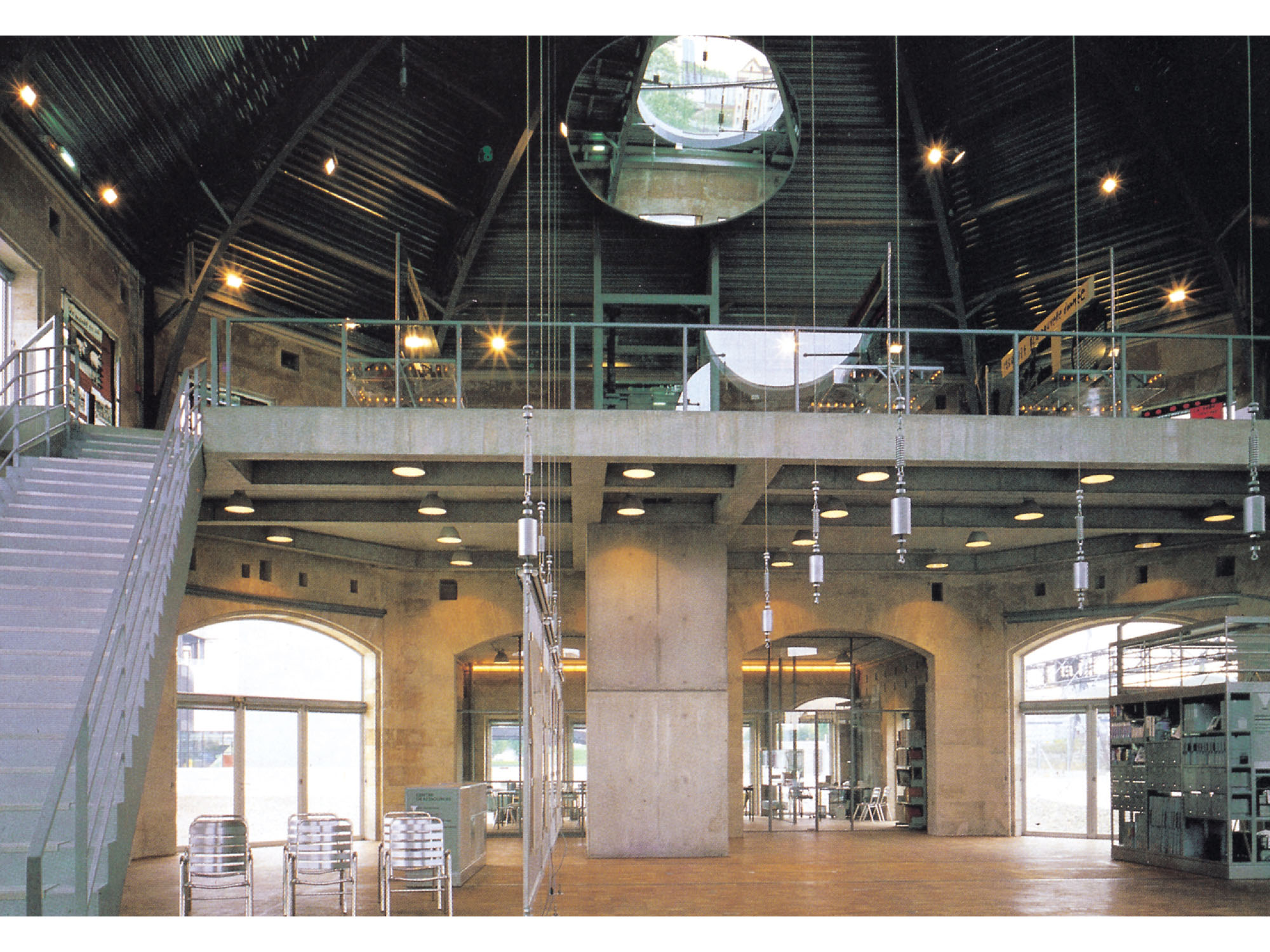 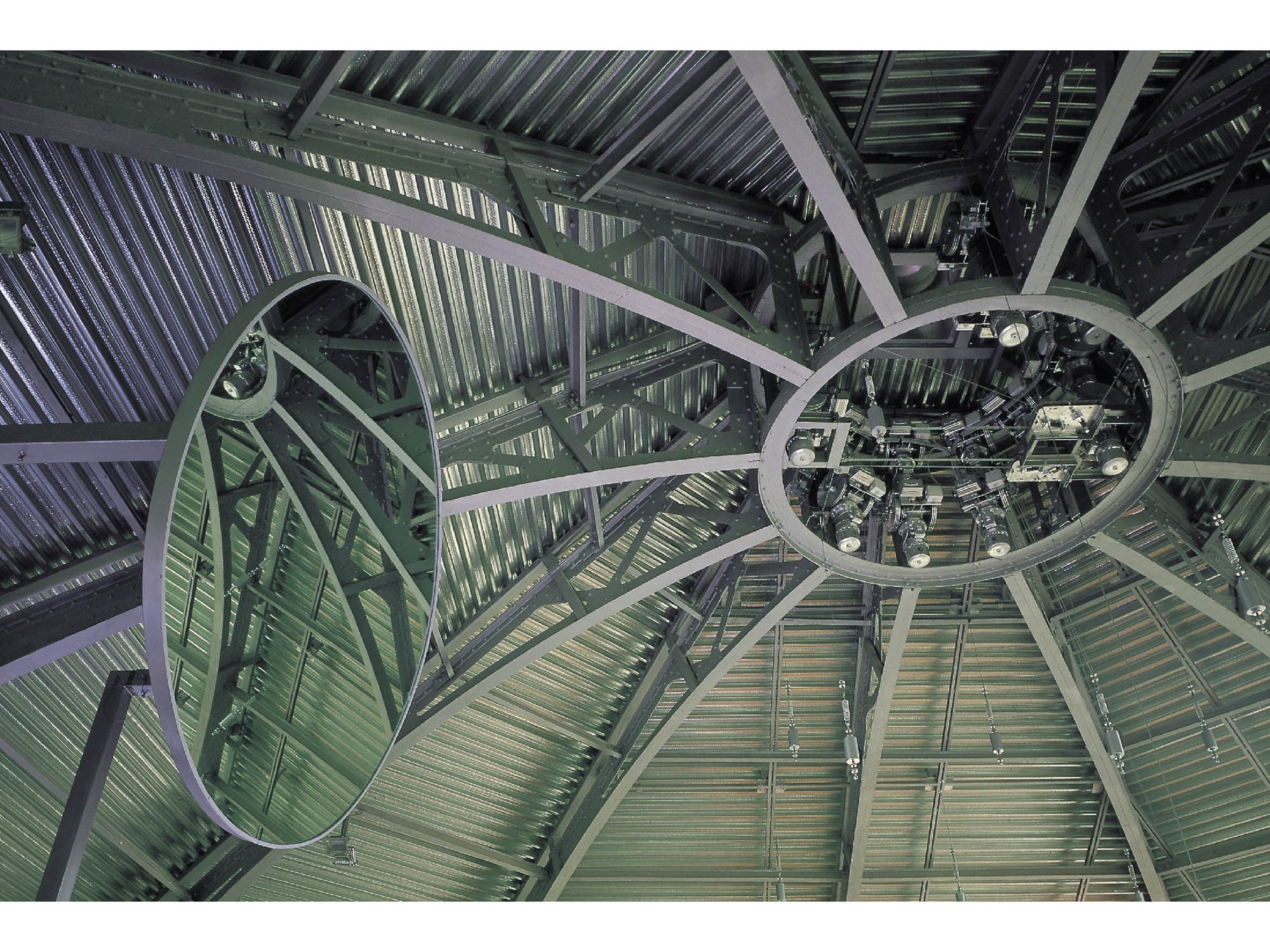 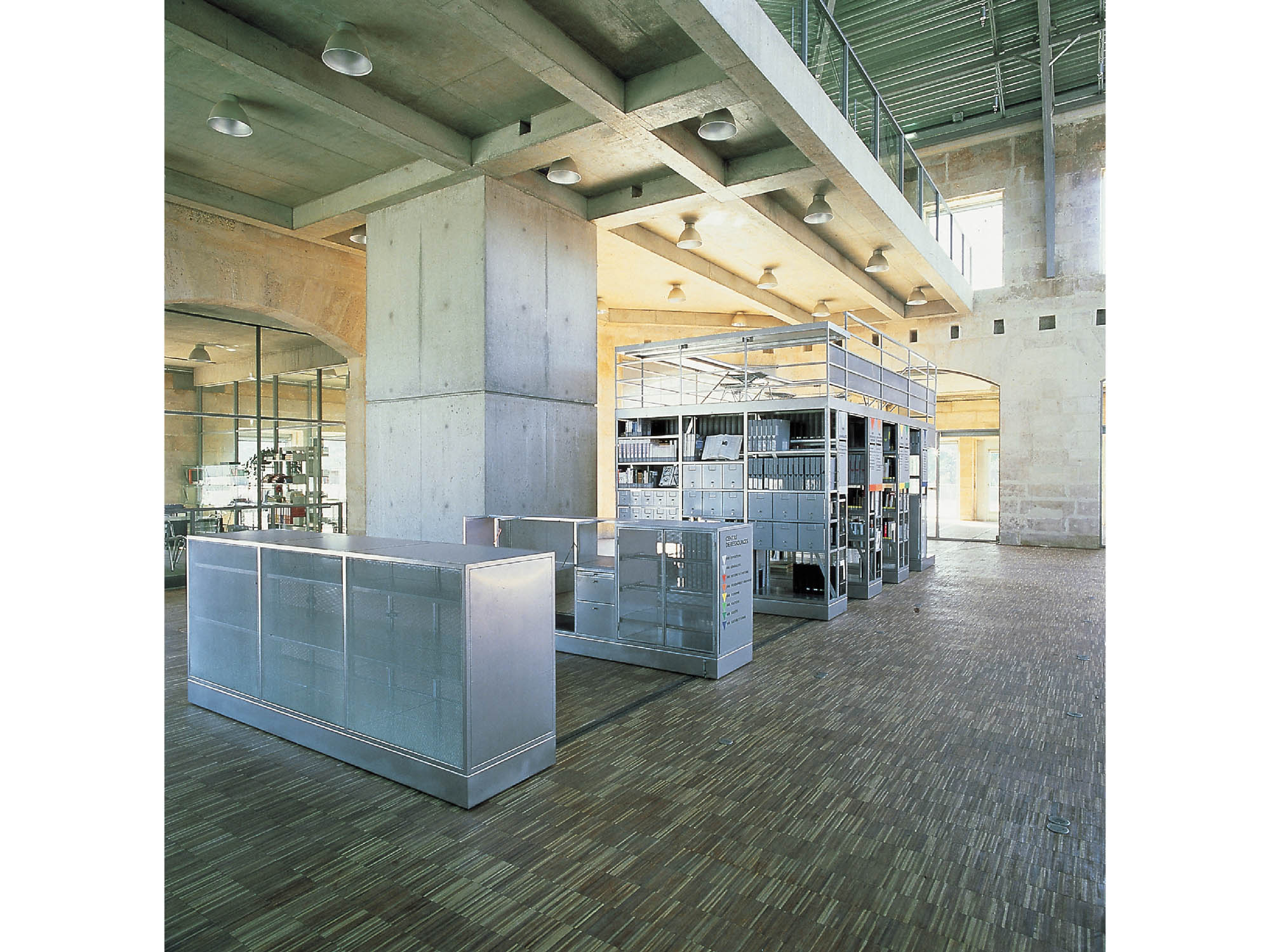 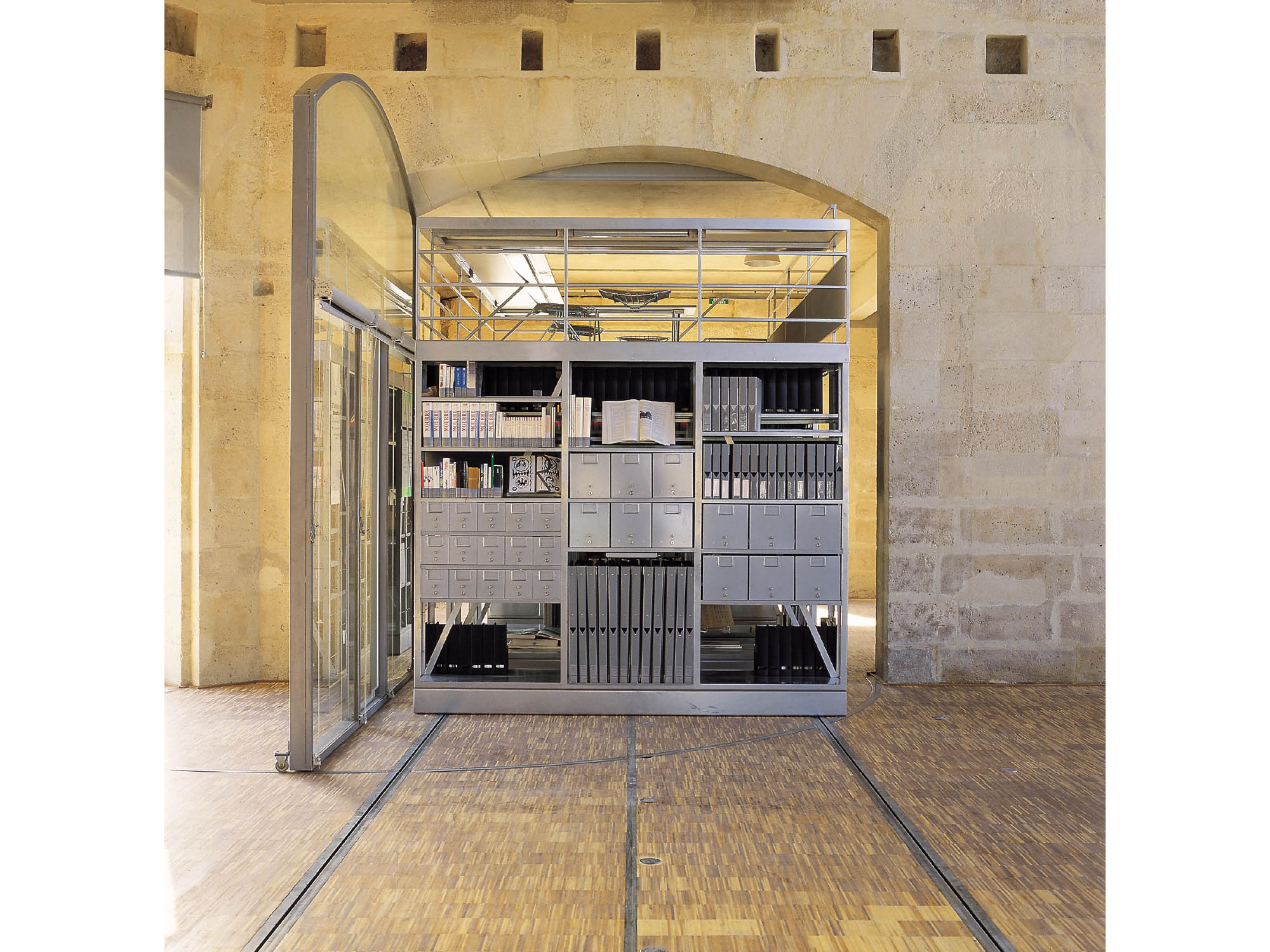 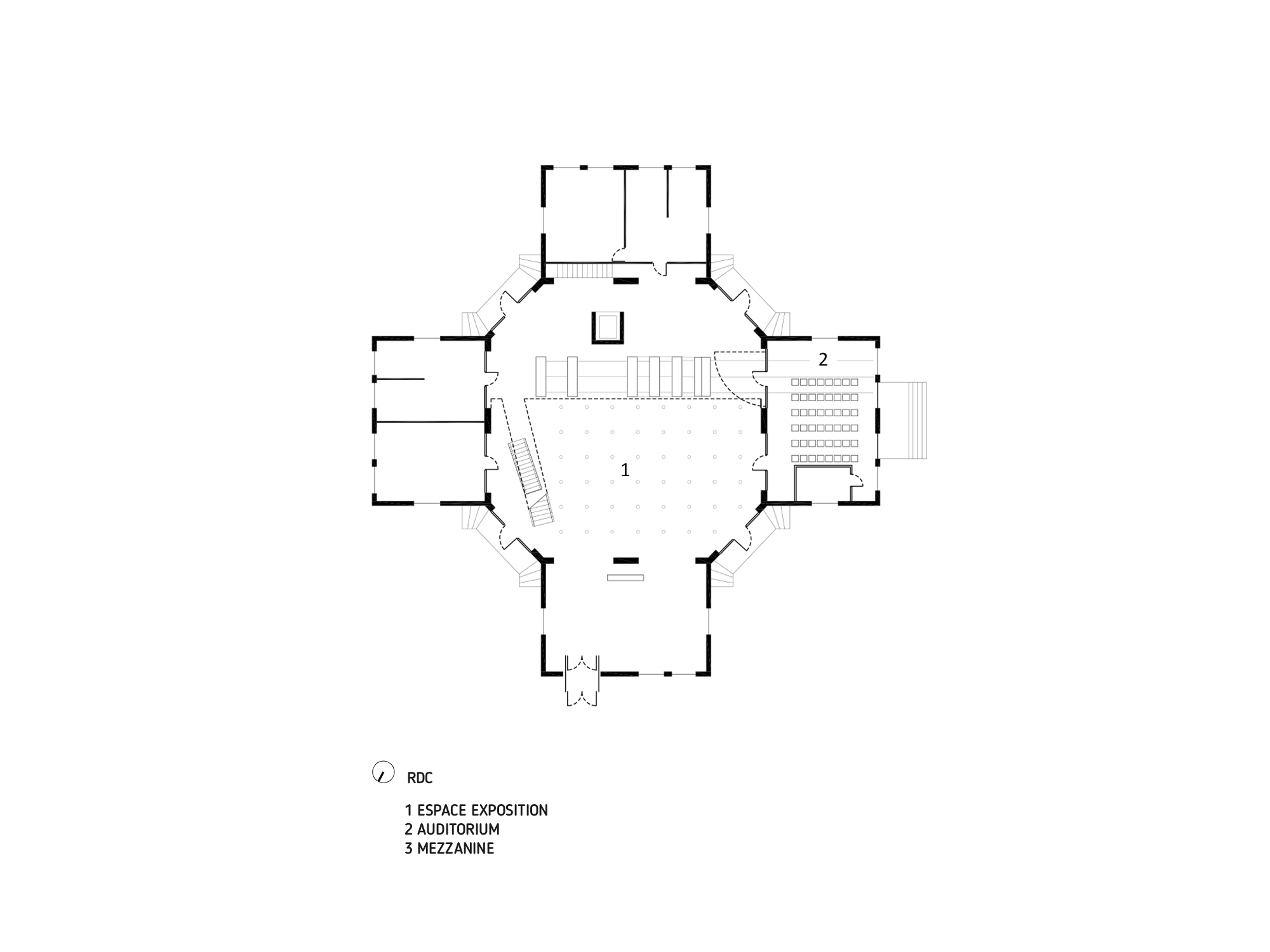 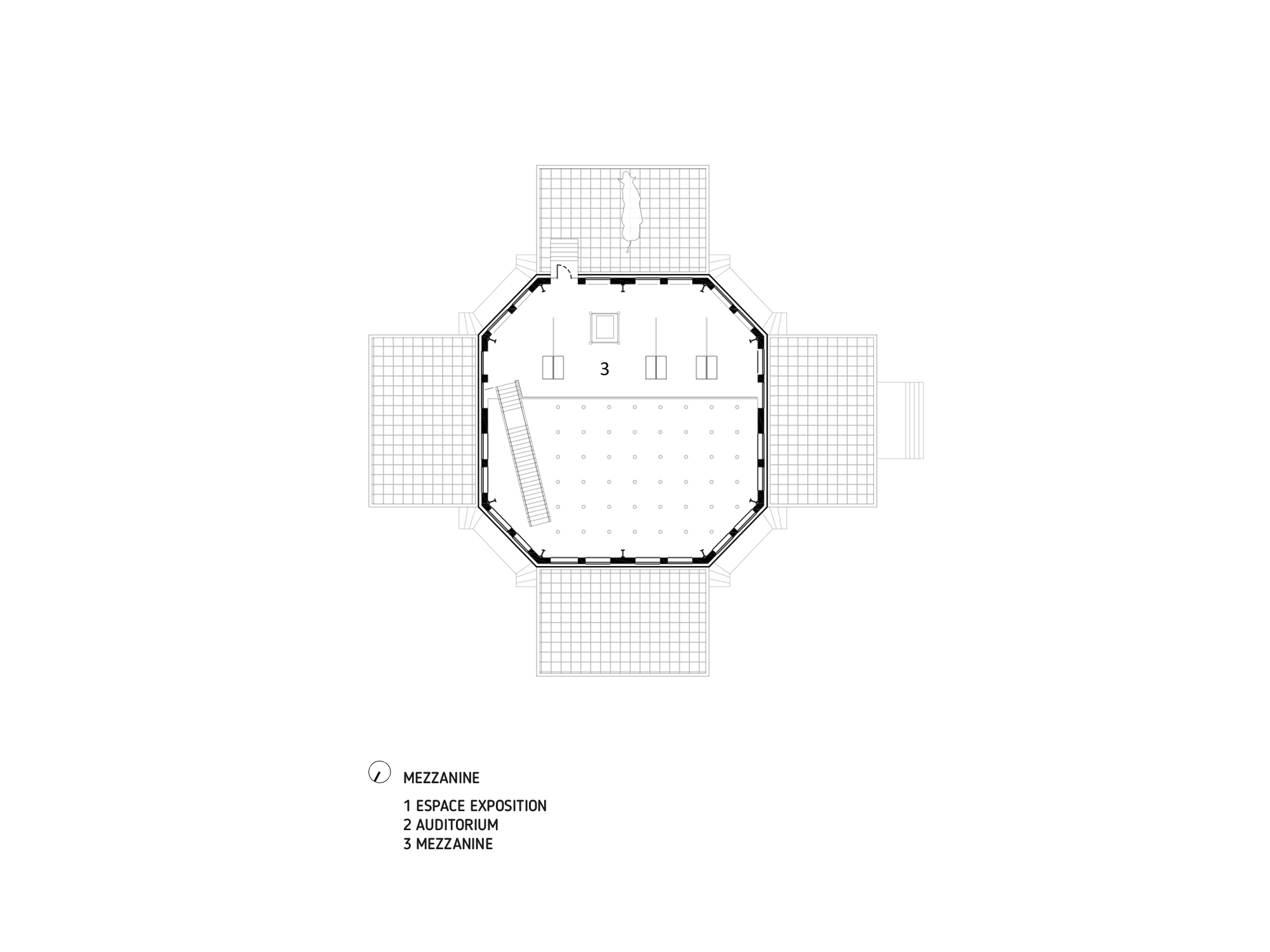 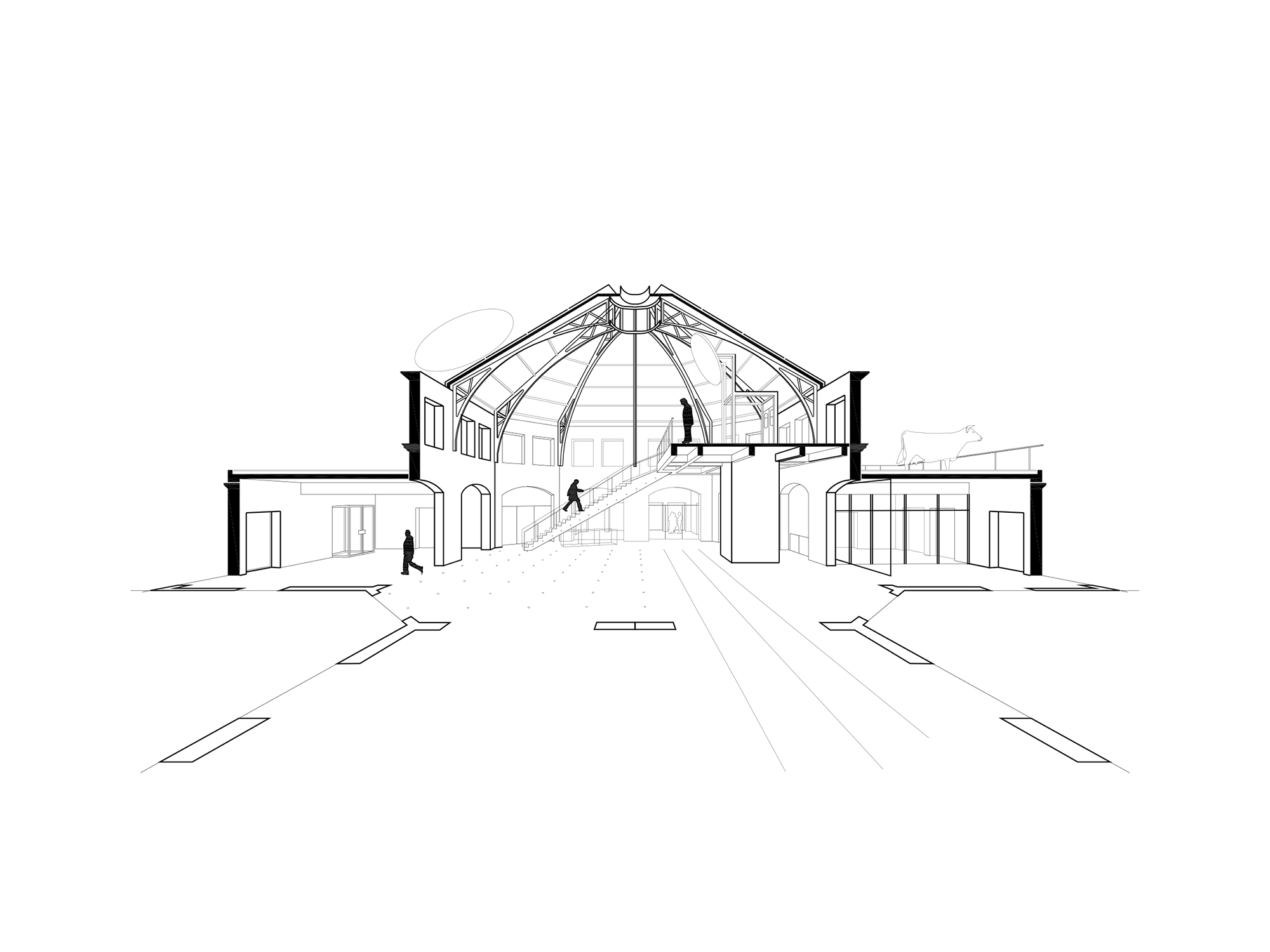 The original building, which dates from 1860, belonged to the slaughterhouses of La Villette. Transformed into the "Maison de la Villette", it was to house exhibitions and a documentation center. The whole was intended to inform about the present and past activities of the neighborhoods surrounding the "Parc de la Villette".

The park hosts many examples of contemporary architecture. Our building, modest by its size, does not measure up with this environment. To escape the architectural pressure, we designed mobile installations and staged moving images. The exterior of the building was simplified to emphasize the simple geometry of the rotunda. The roof is a flat, smooth surface, the windows are flush with the walls, in continuity with the stone envelope. The whole is monochrome. The interior space has been completely cleared, the partitions are transparent. For temporary exhibitions, a system of hangers descends from the roof. The mechanism is controlled electrically from the ground. Numerous configurations in three dimensions are made possible from the exhibition panels attached to the hangers. The library is contained in a large mobile and motorized cabinet. It can be stored in a wing of the building, behind a big door. Up in the center of the central space, a large mirror reflects the image of the surroundings through an opening in the roof. One can see the warehouses, the canal, the railroad tracks, the smoke of the factories. Typical scenes of a neighborhood of which this building is the conservatory.