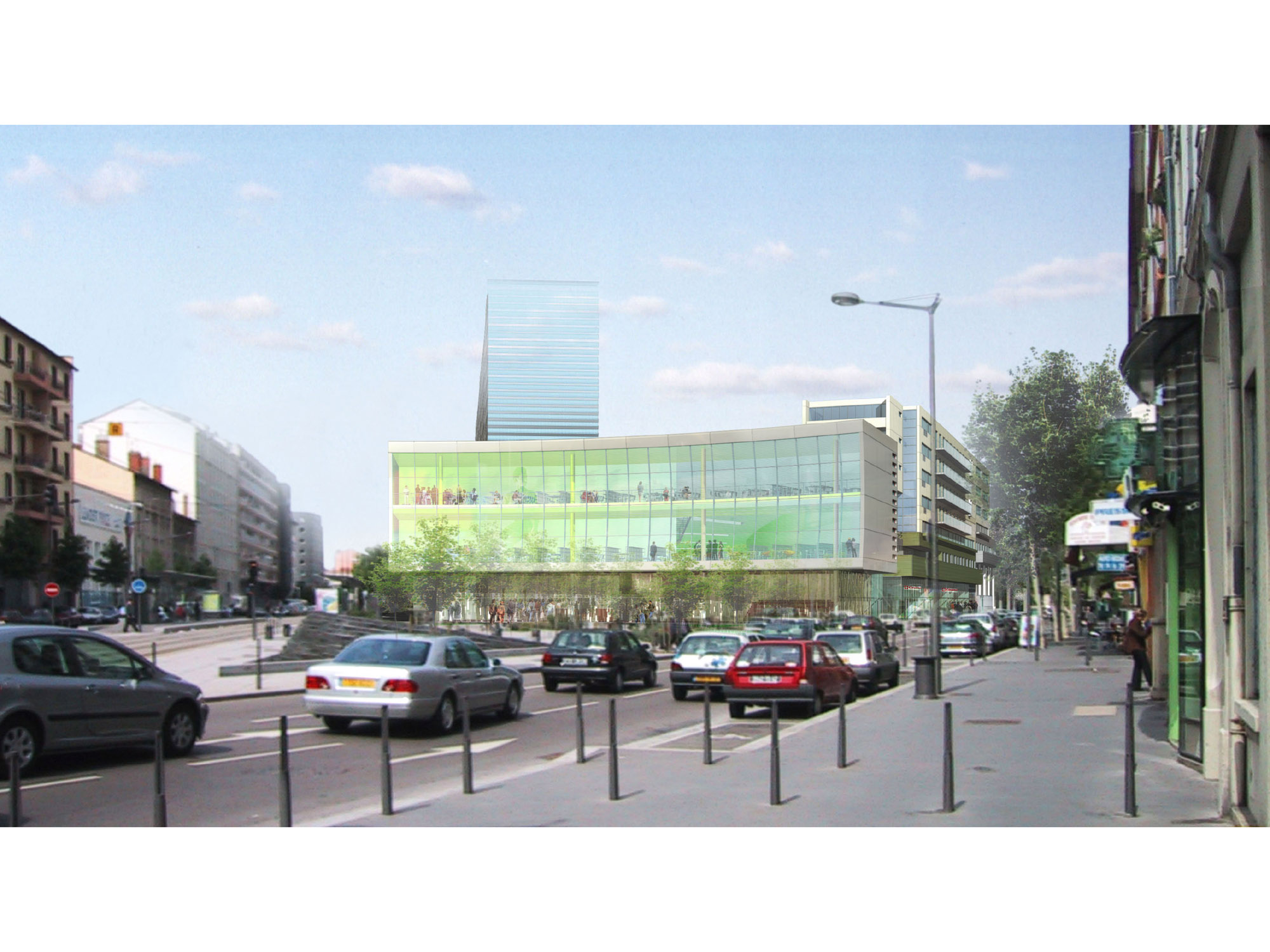 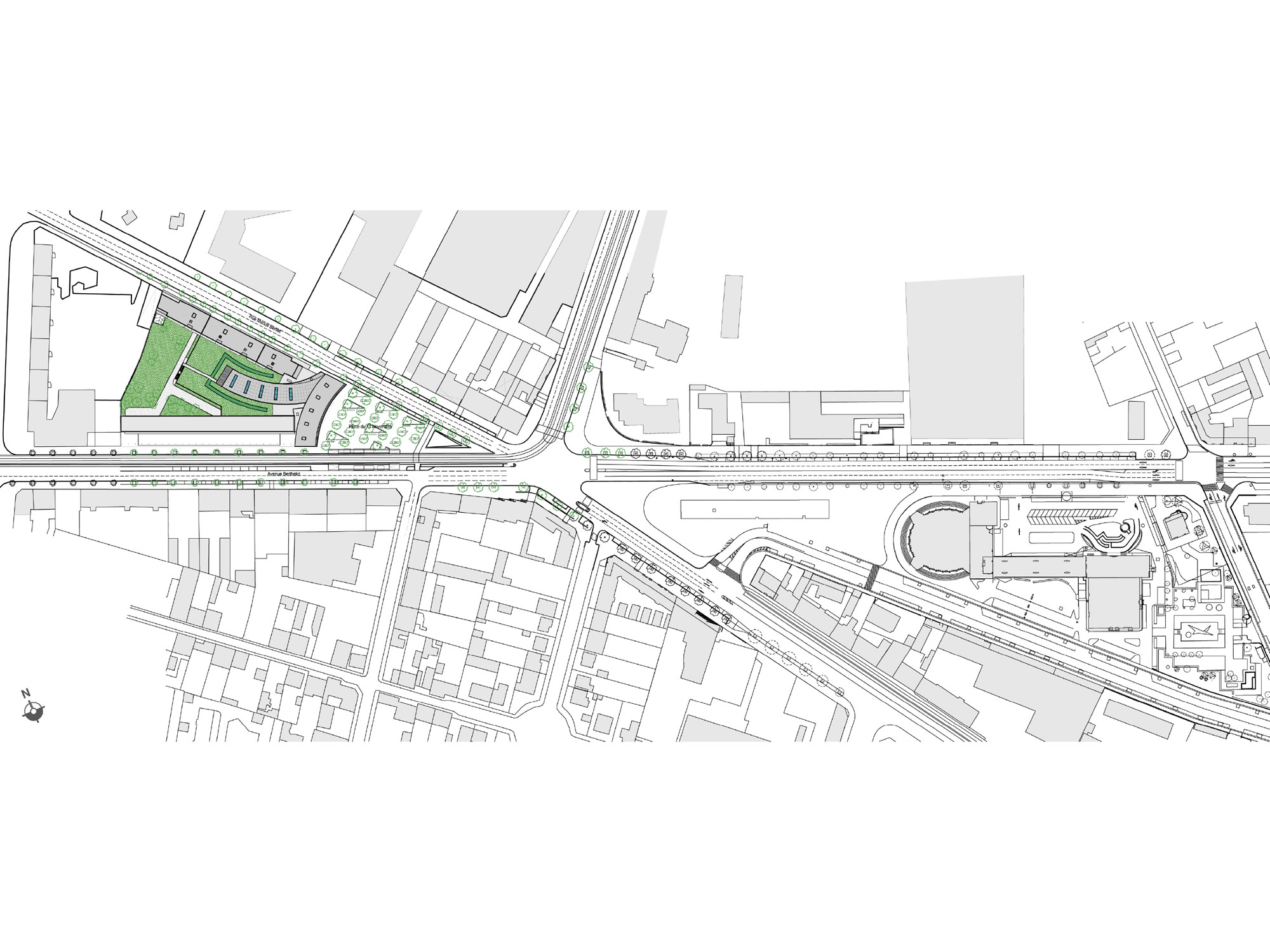 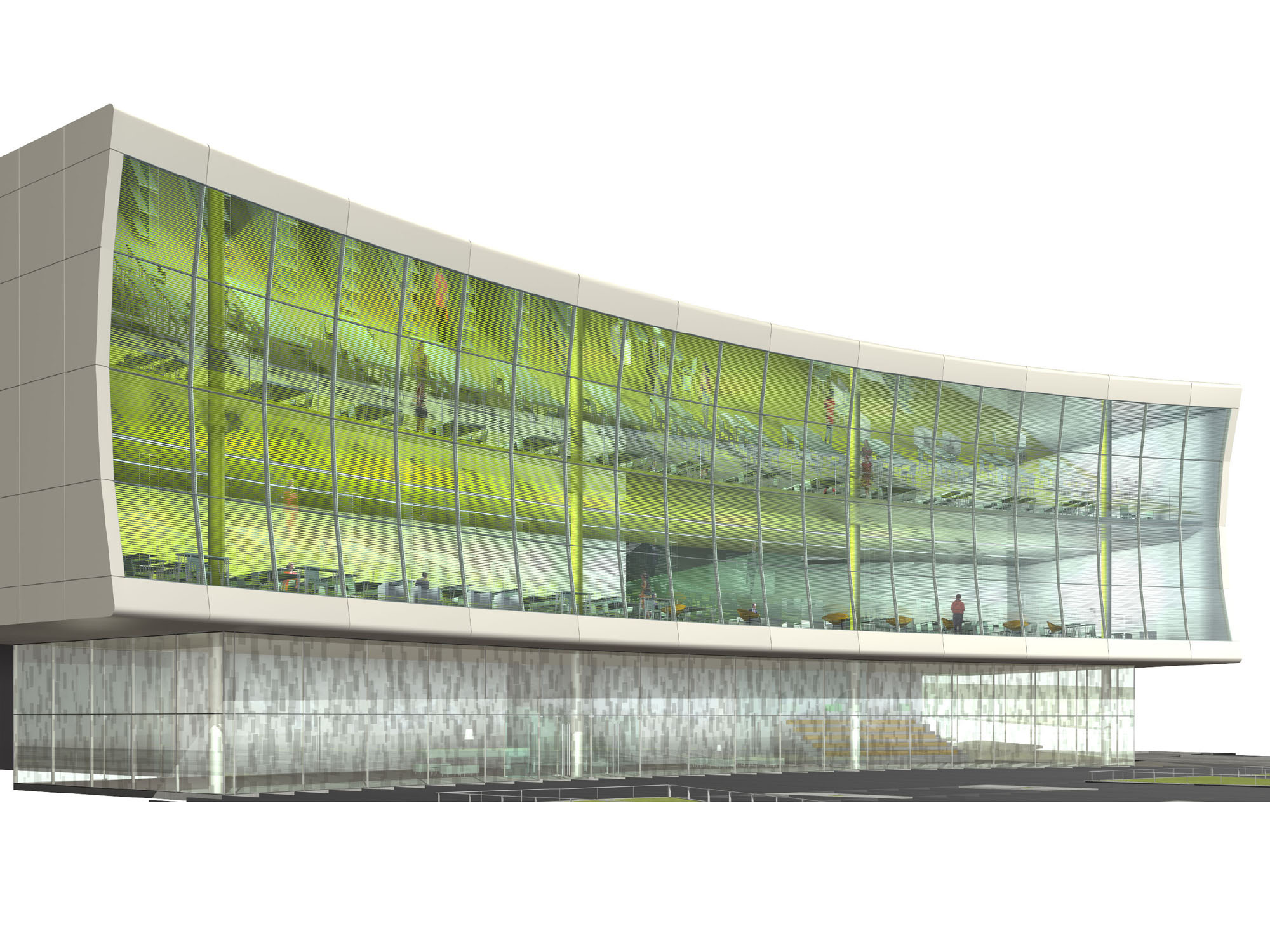 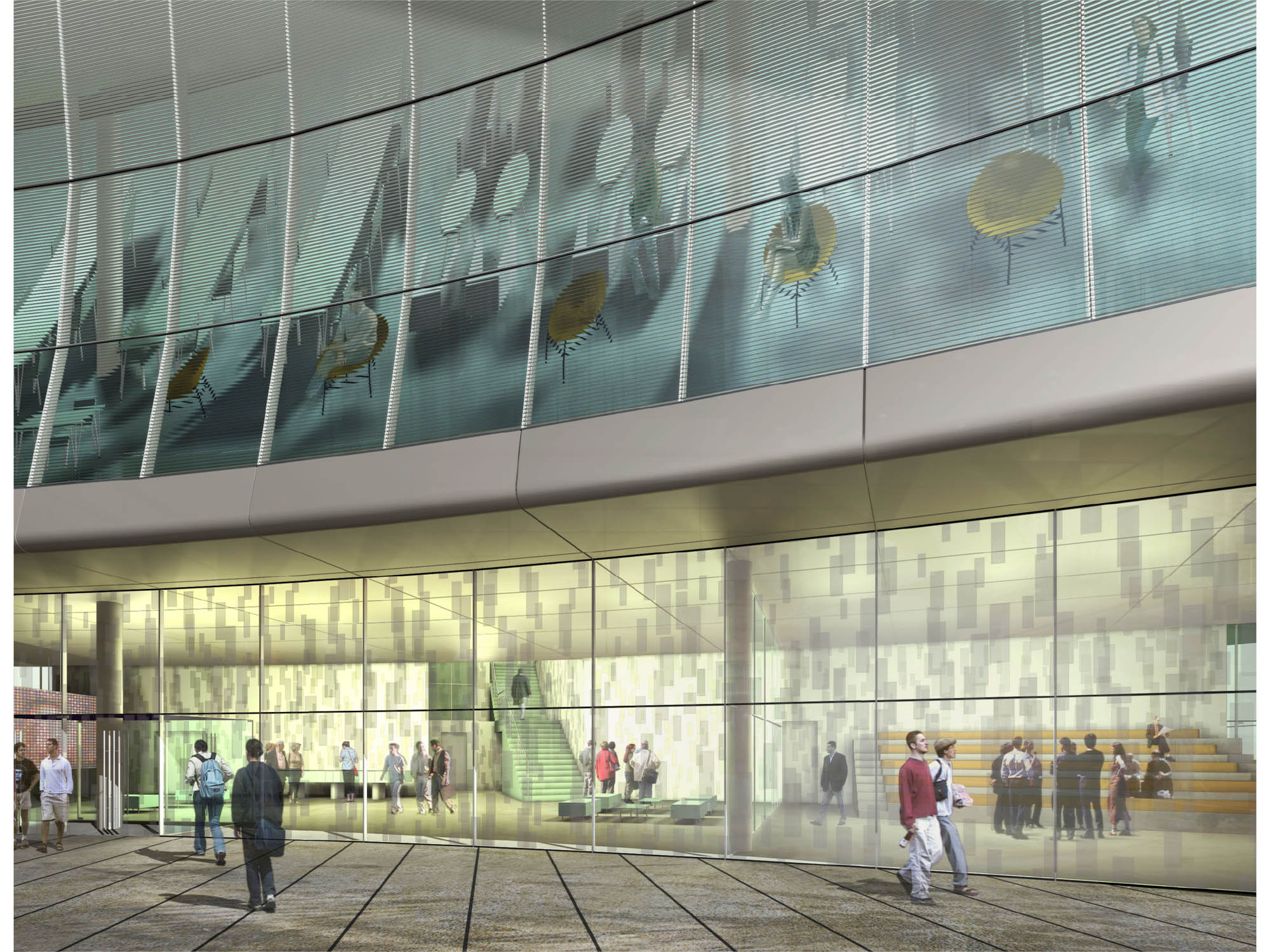 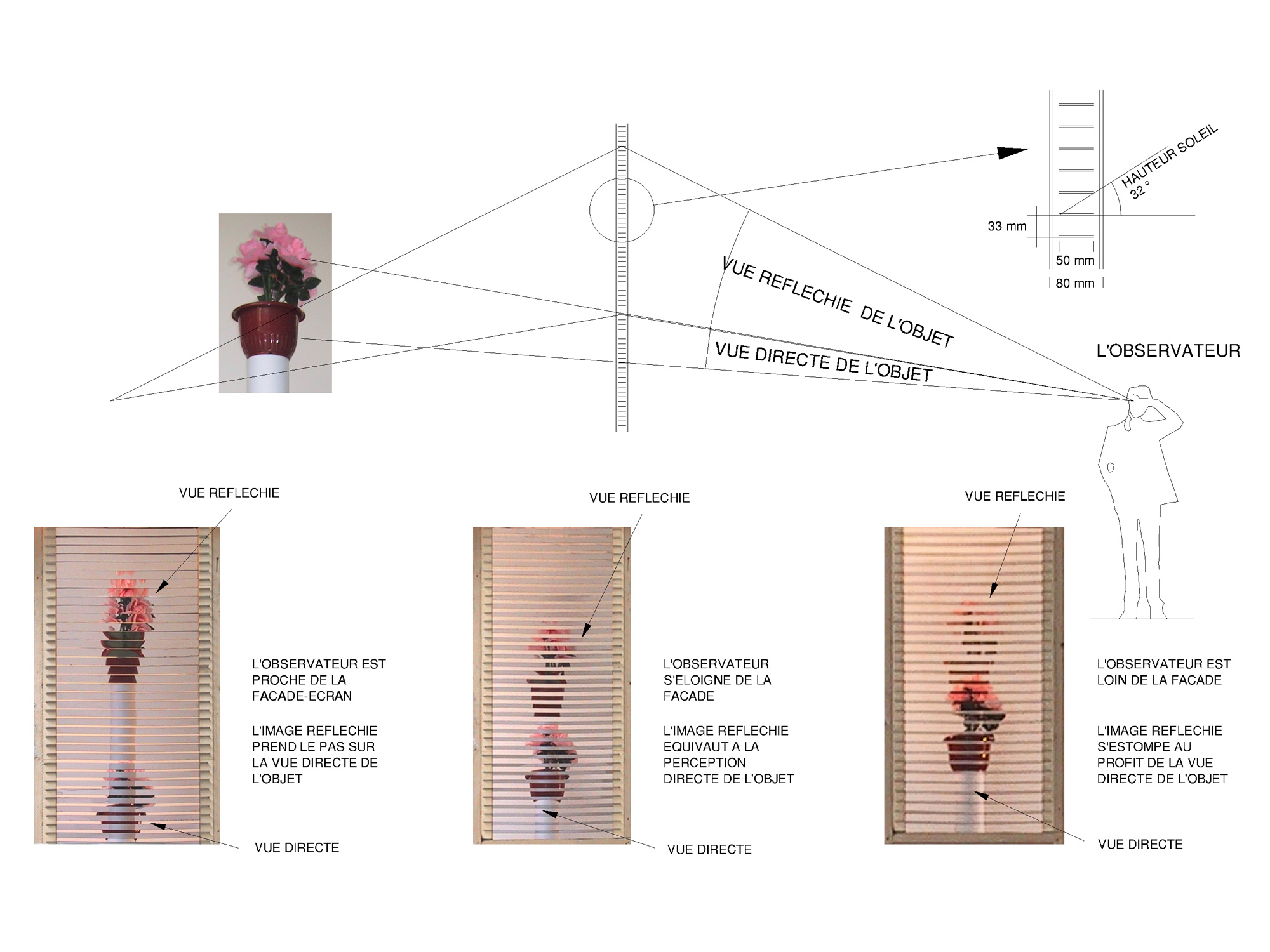 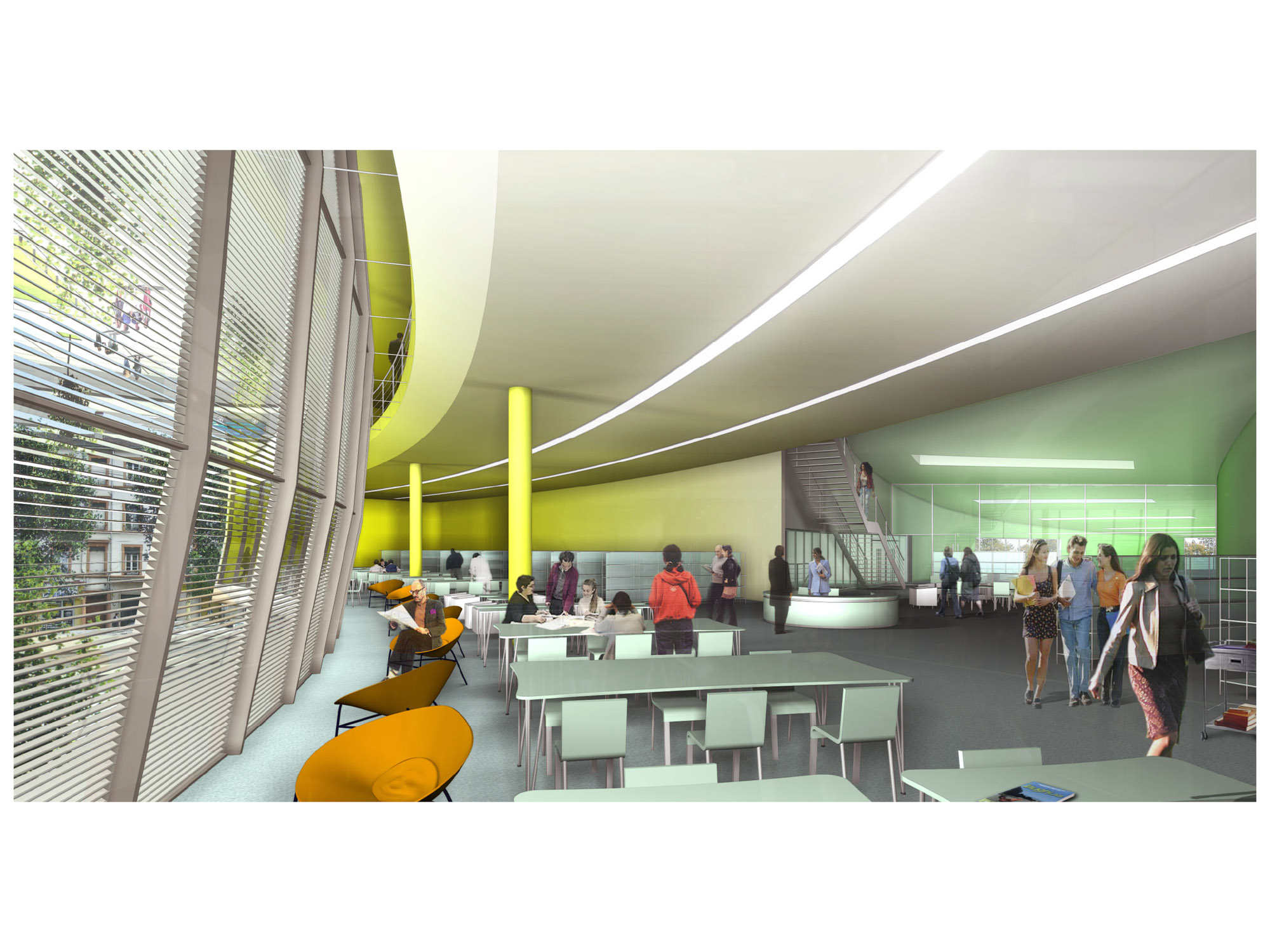 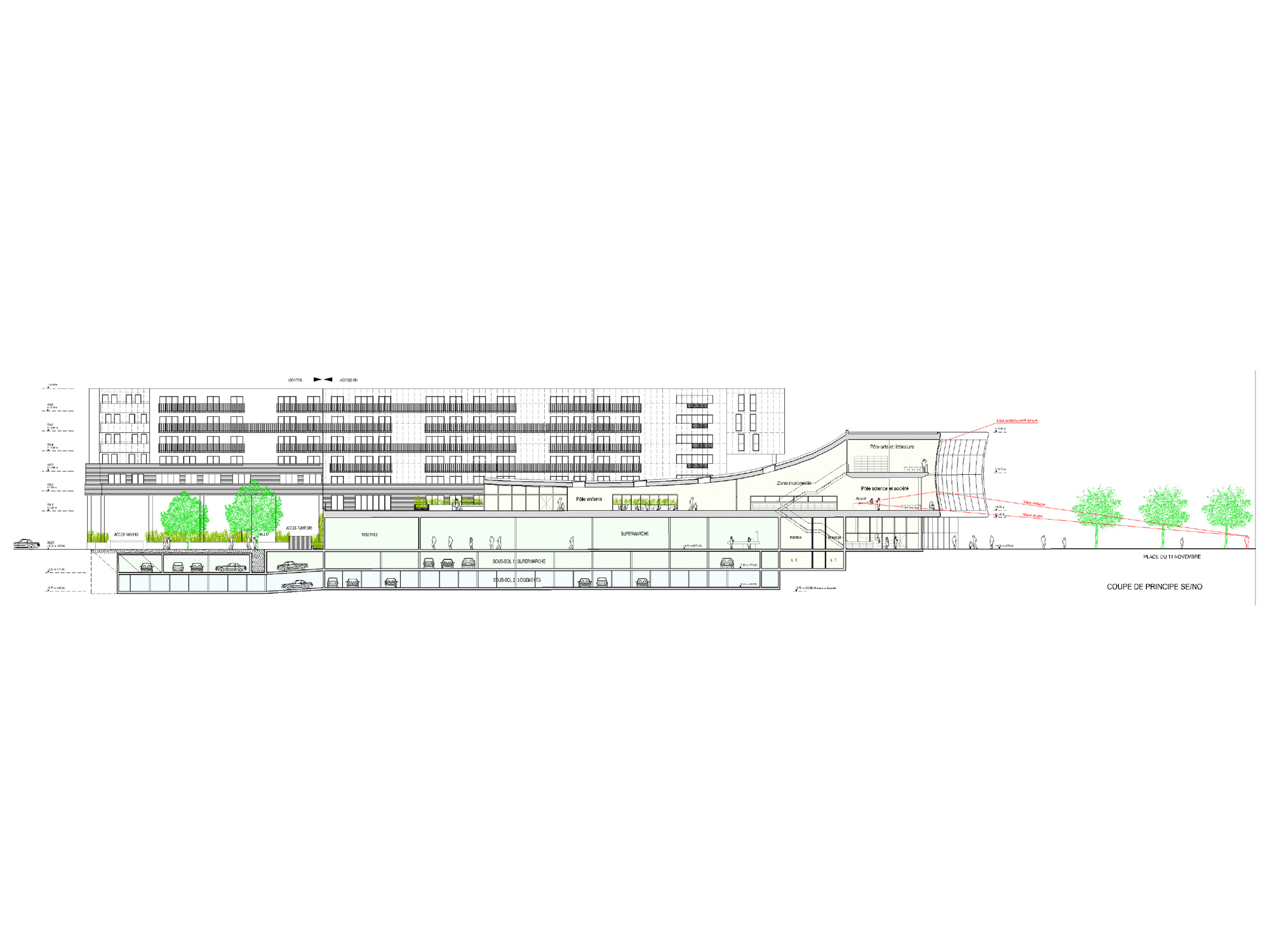 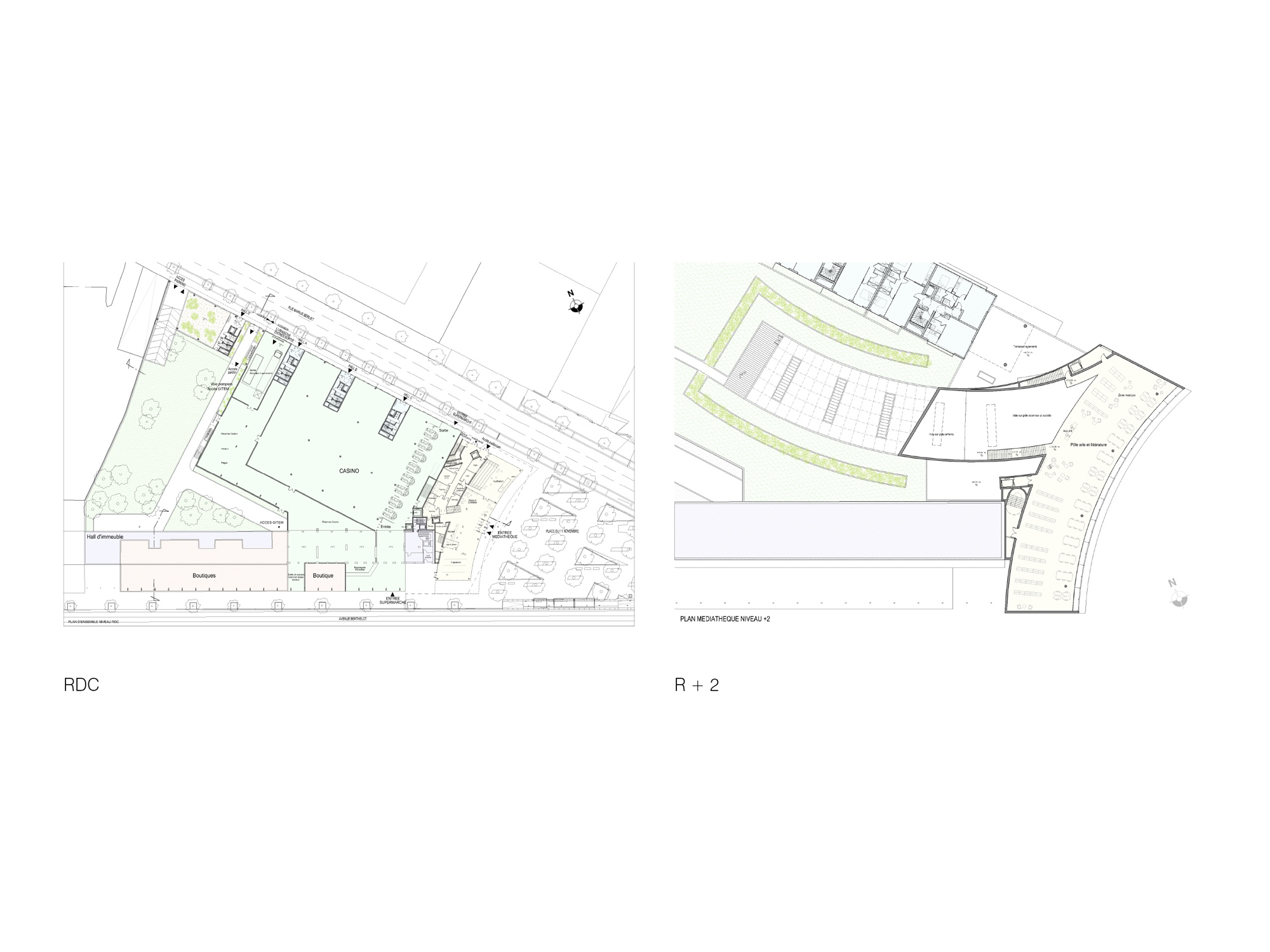 The program is a médiathèque, 67 apartments, and a retail space.

The site is on triangular place that is limited by two large roads crossing at a sharp angle and lined with big modern constructions. The perspectives are endless the site is open and generous.

The médiathèque is a small building compared to the scale of its environment. To assert itself it has to find a way that does not rely on size or bulk.

Its façade is an image, a moving image since it will be seen by car-drivers, and pedestrians crossing the wide space of the site.

The presence of that image is comparable to a very large billboard.

What has to be seen is the interior of the médiathèque itself, and slowly moving images that are projected on its walls. The reading-room is arranged as a balcony suspended over the site.

The façade is made of non reflective glass ; and a special device in the glass façade reflects the interior and at the same time protects it from the sun.