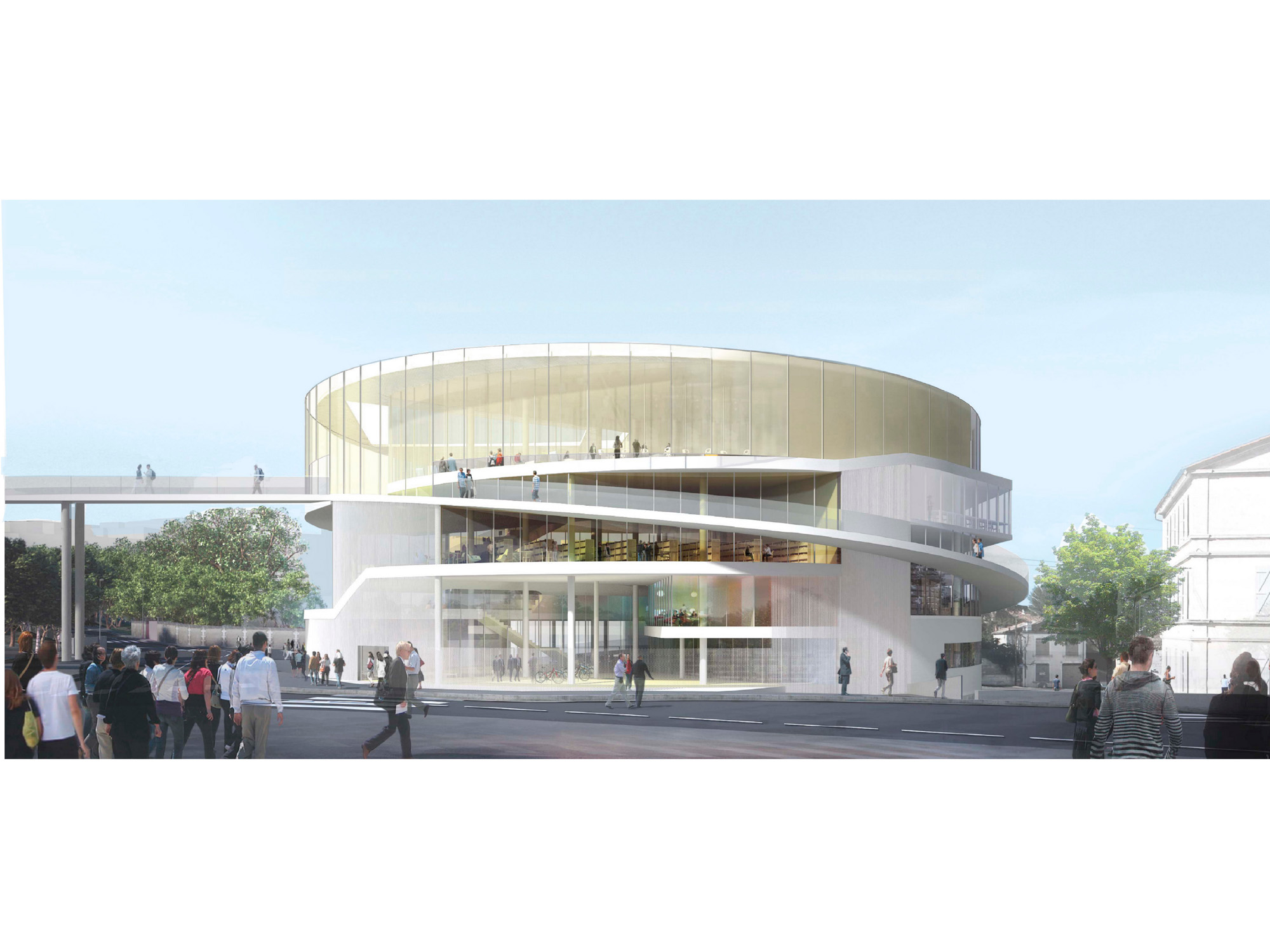 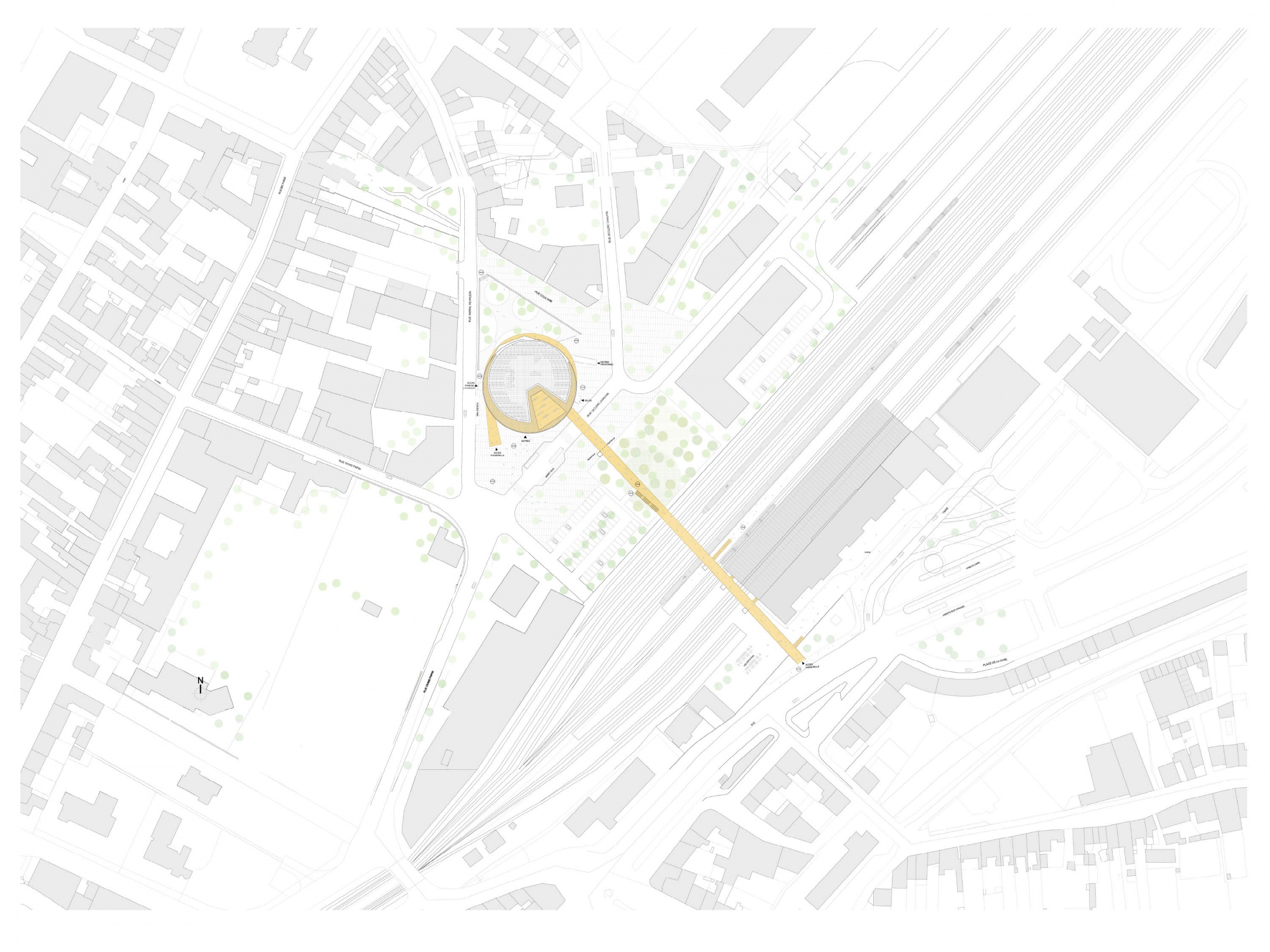 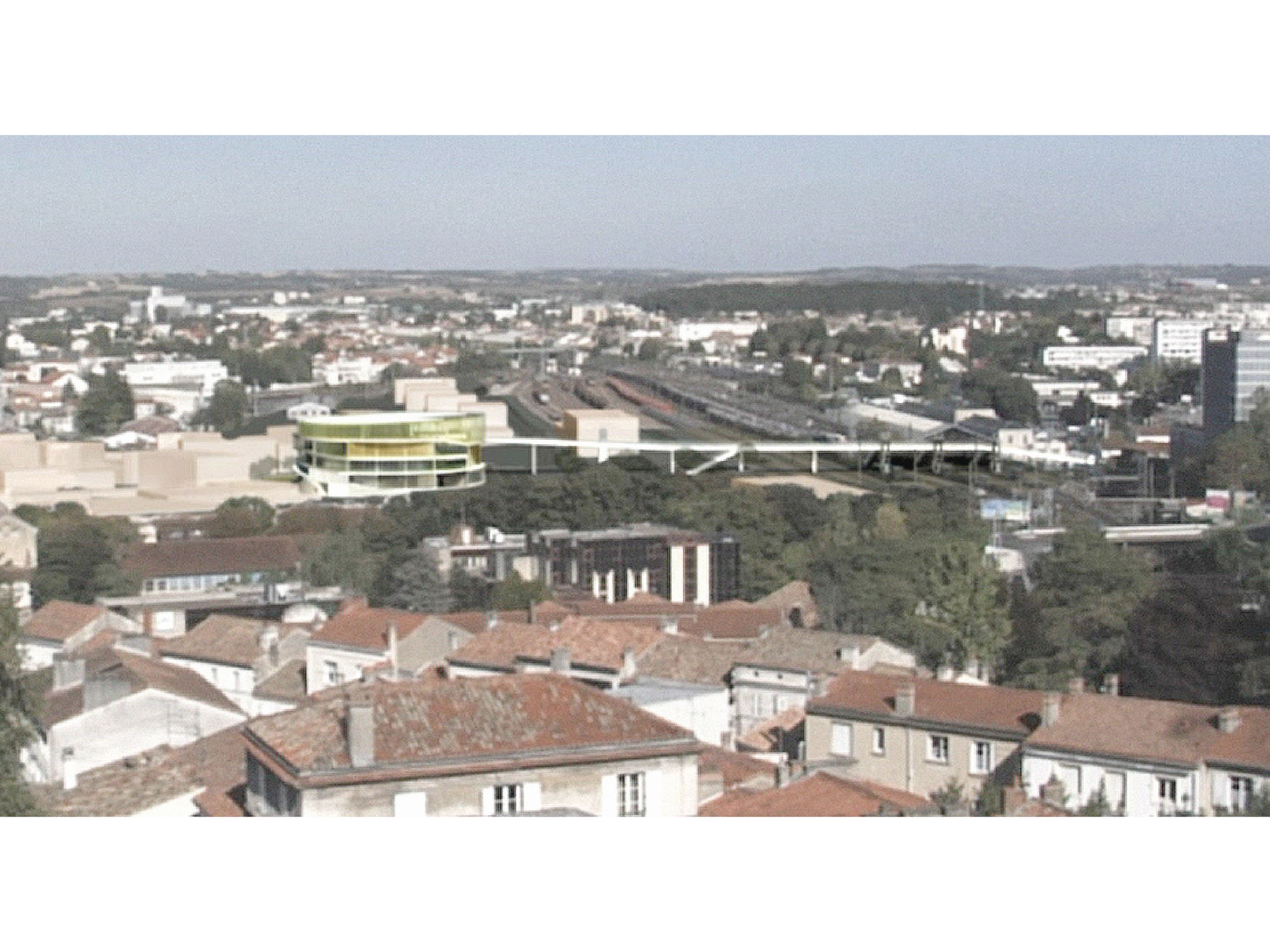 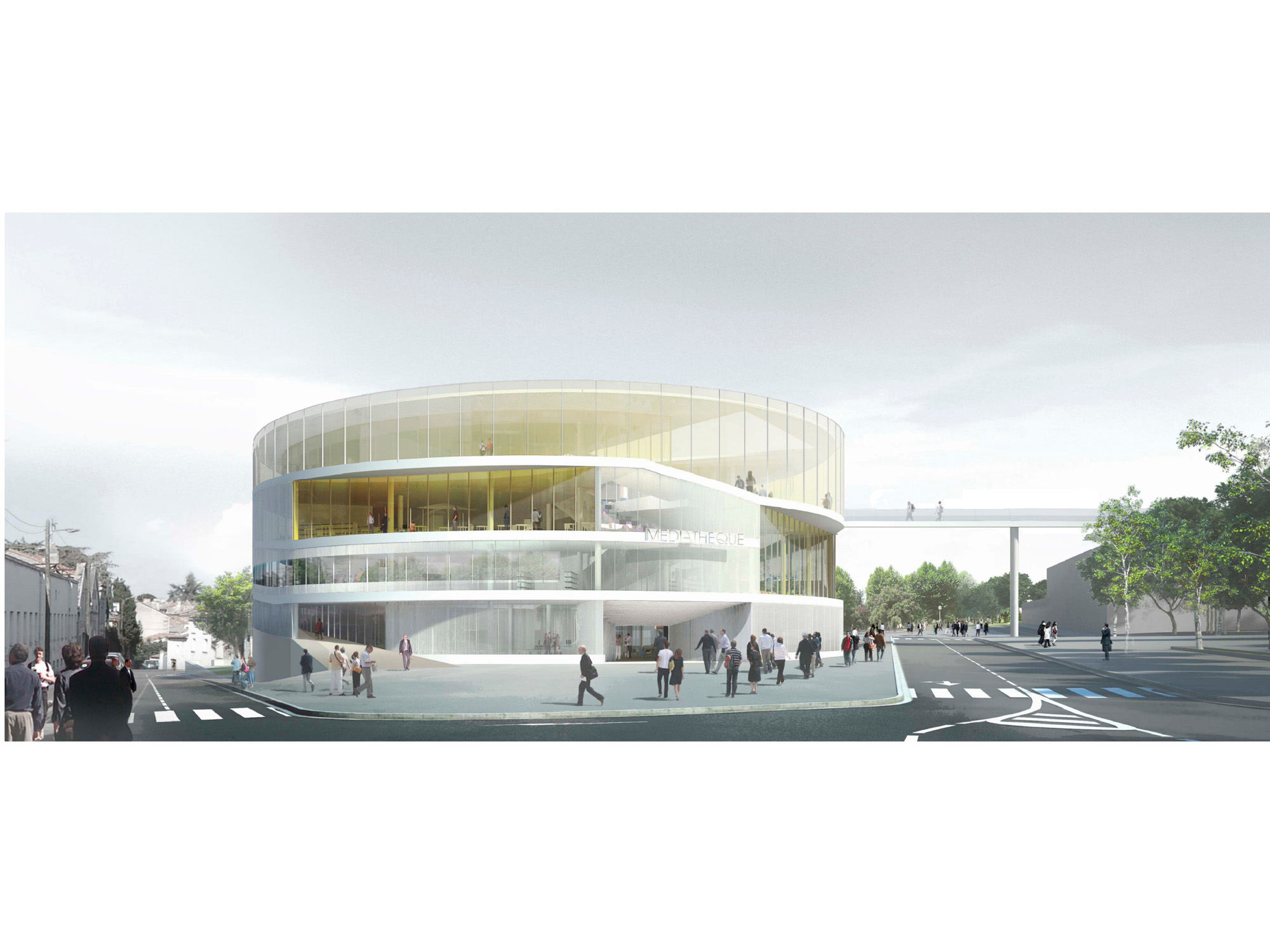 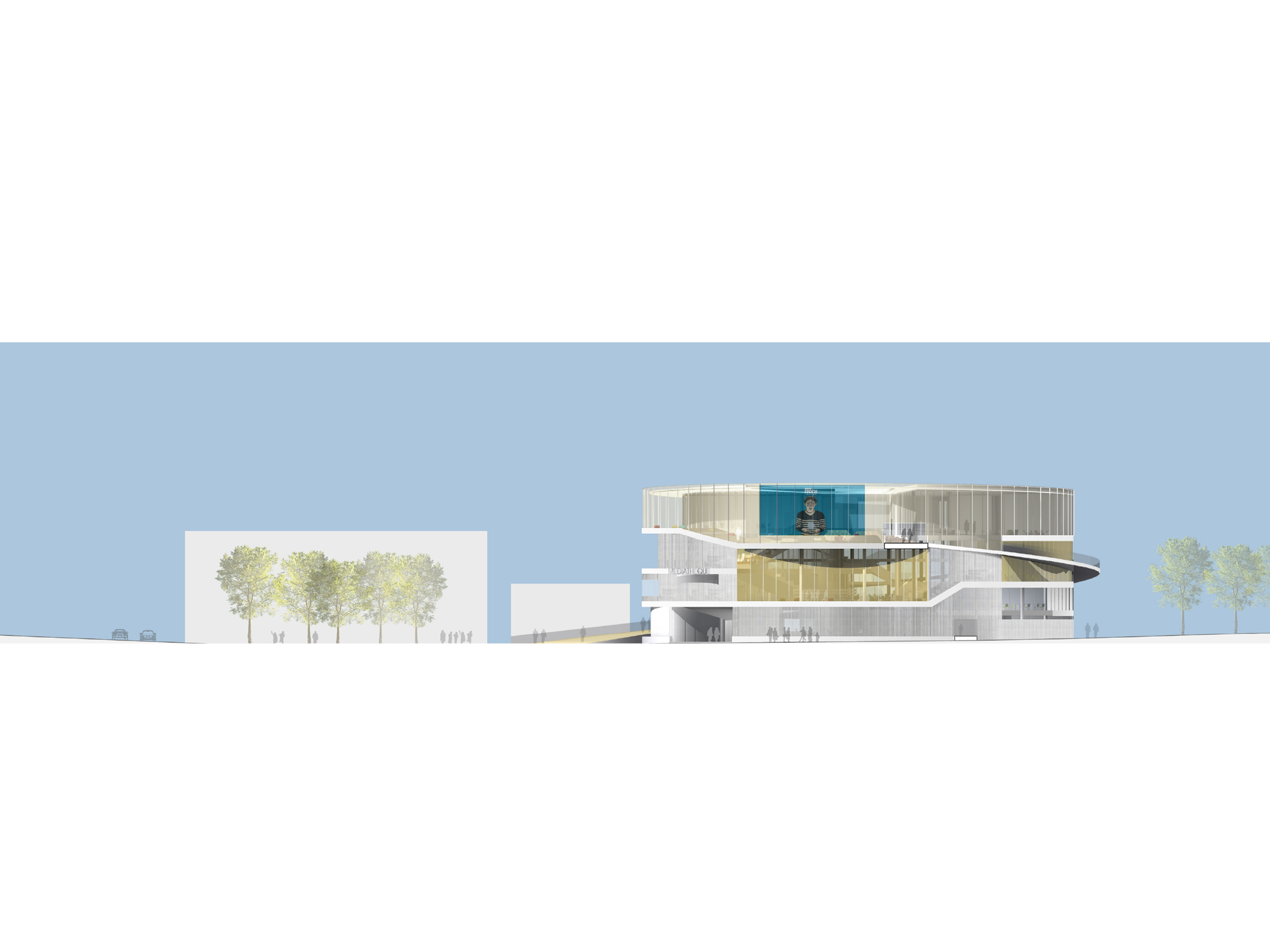 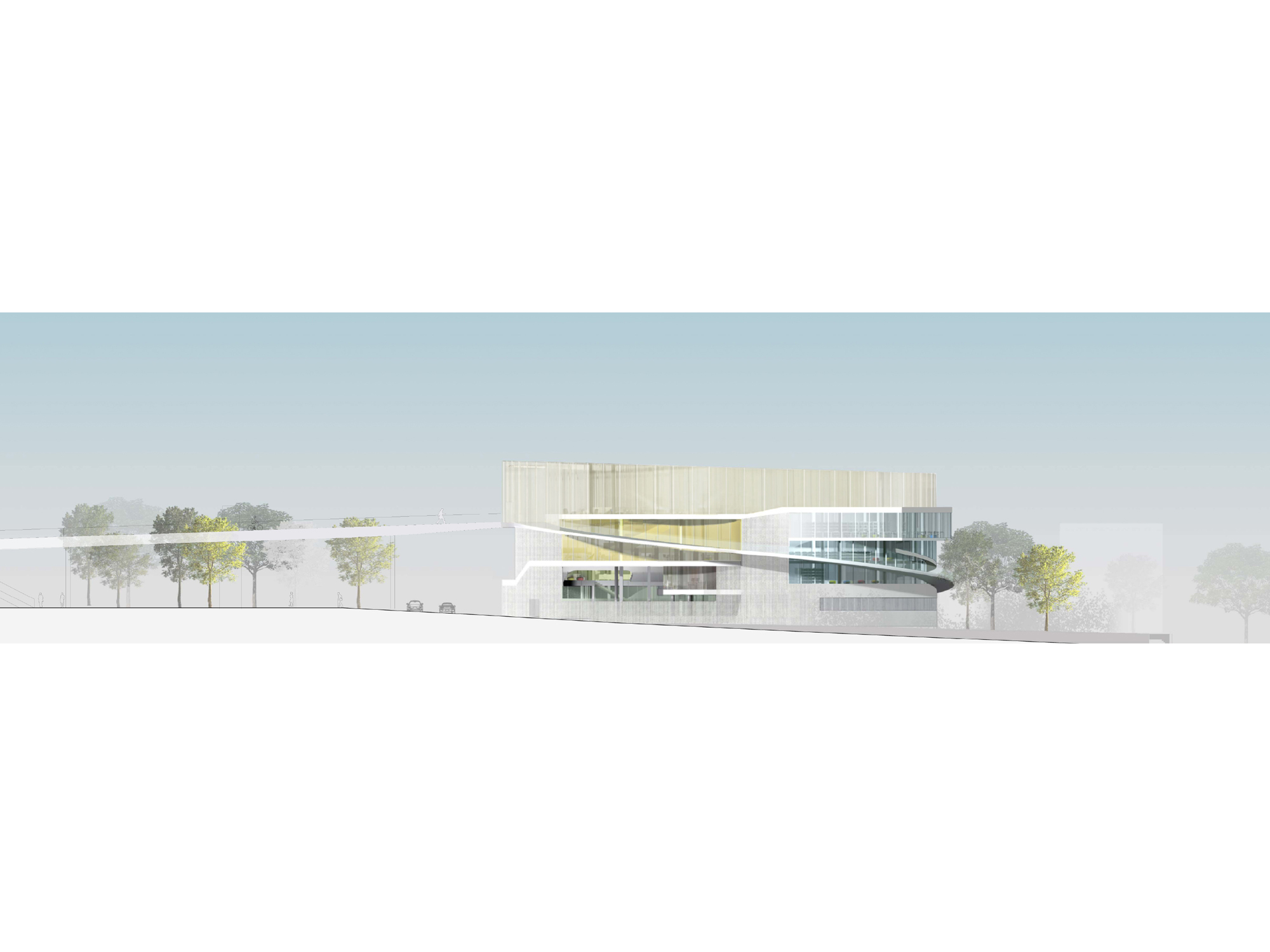 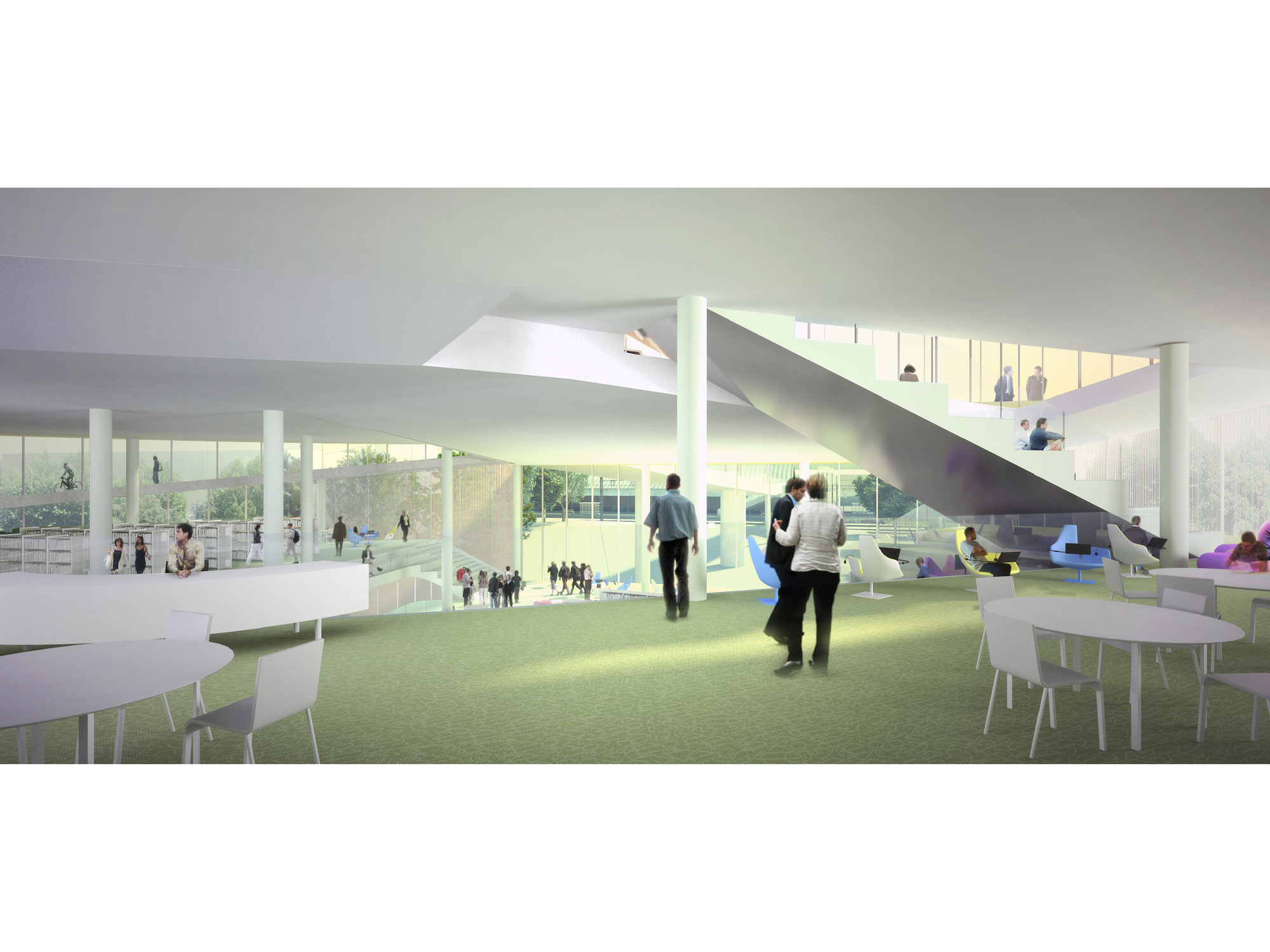 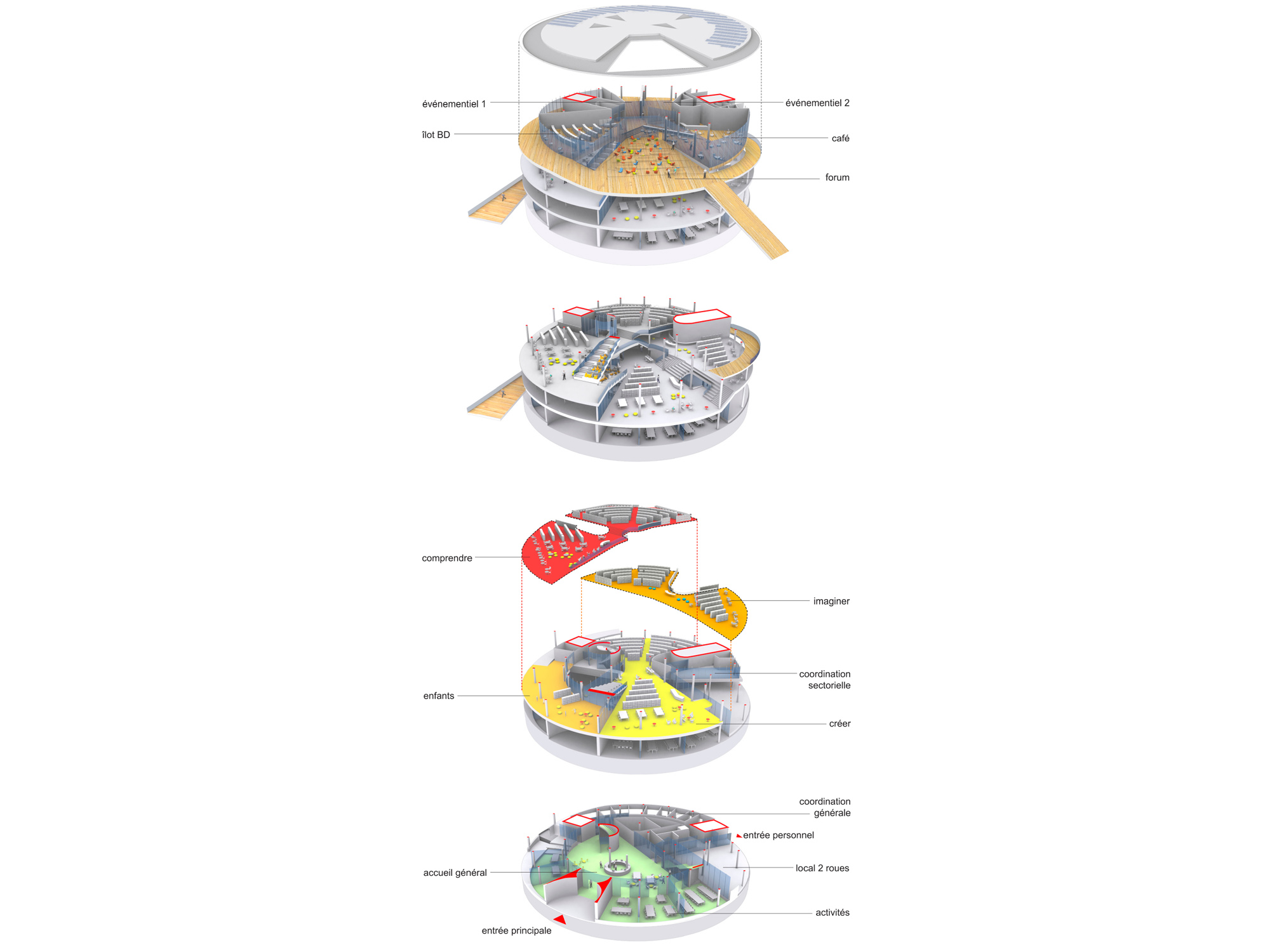 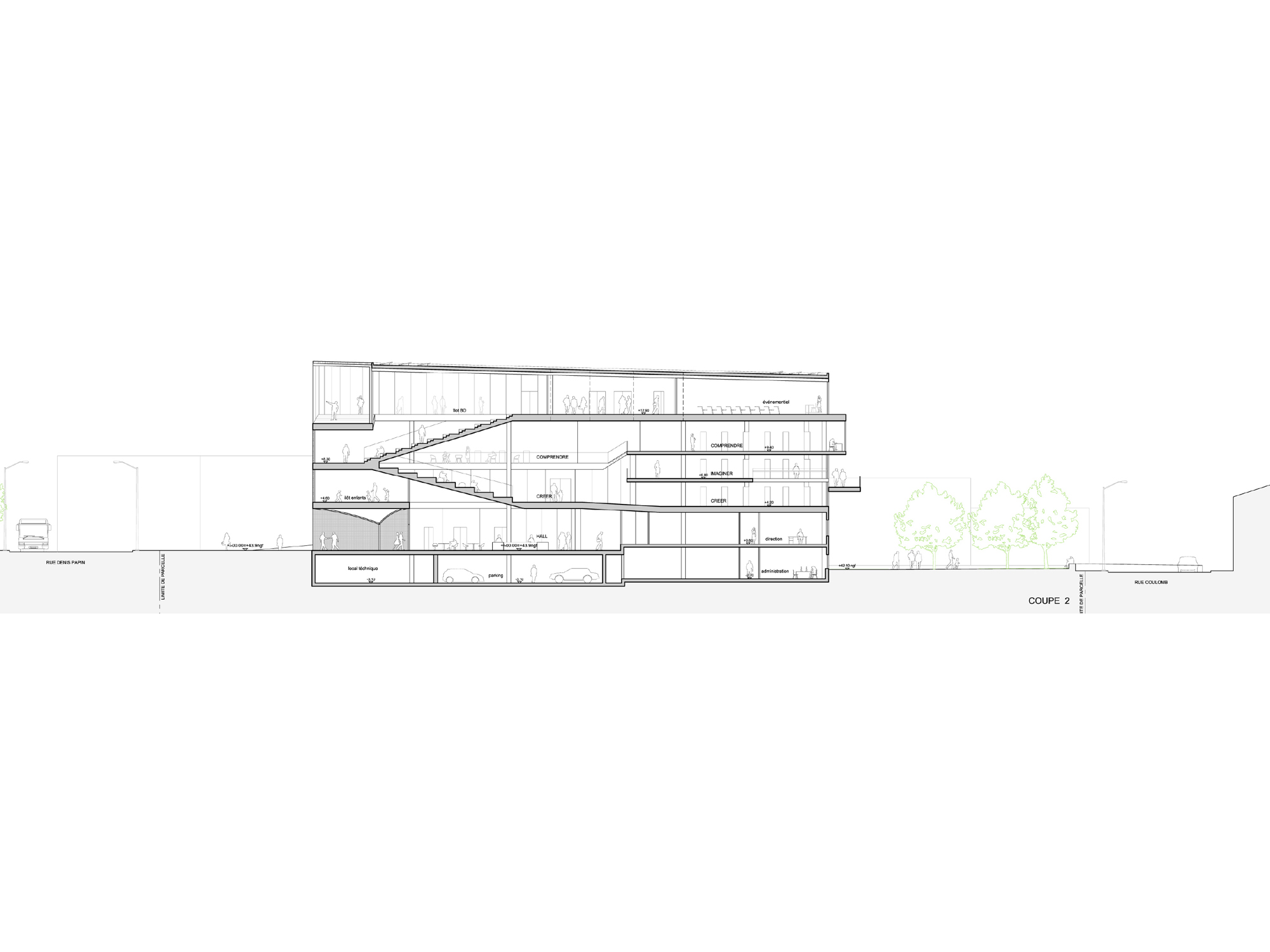 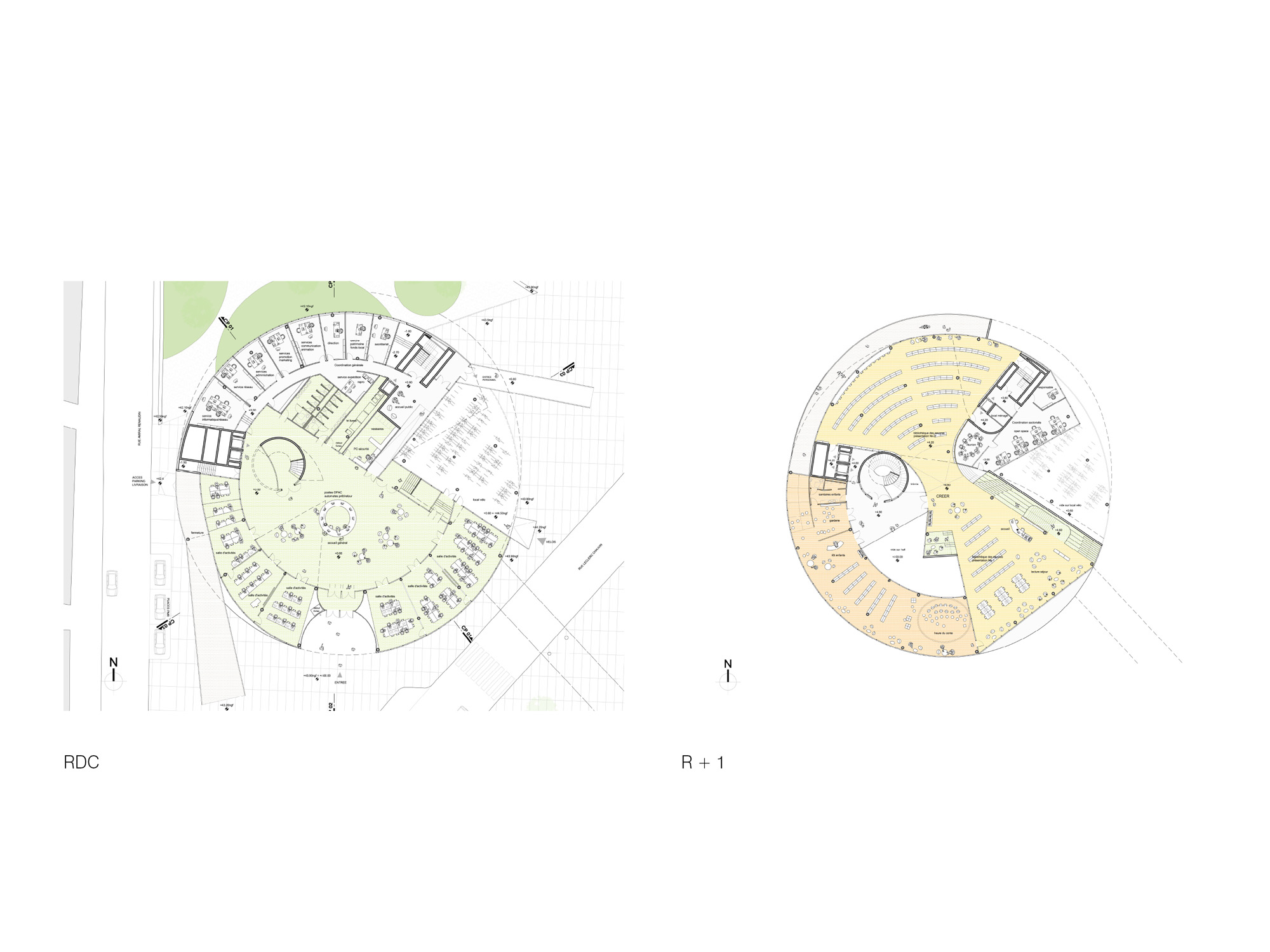 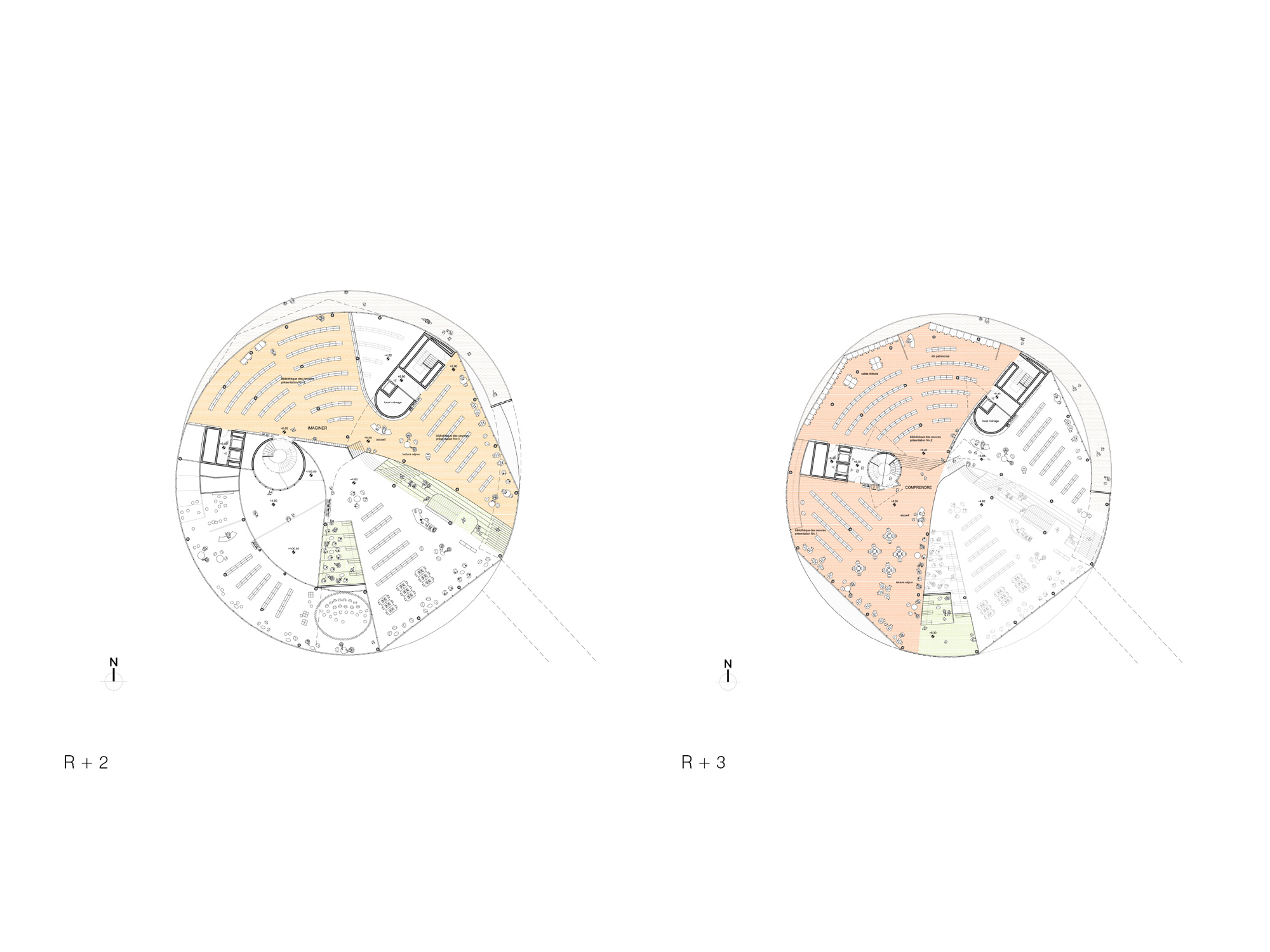 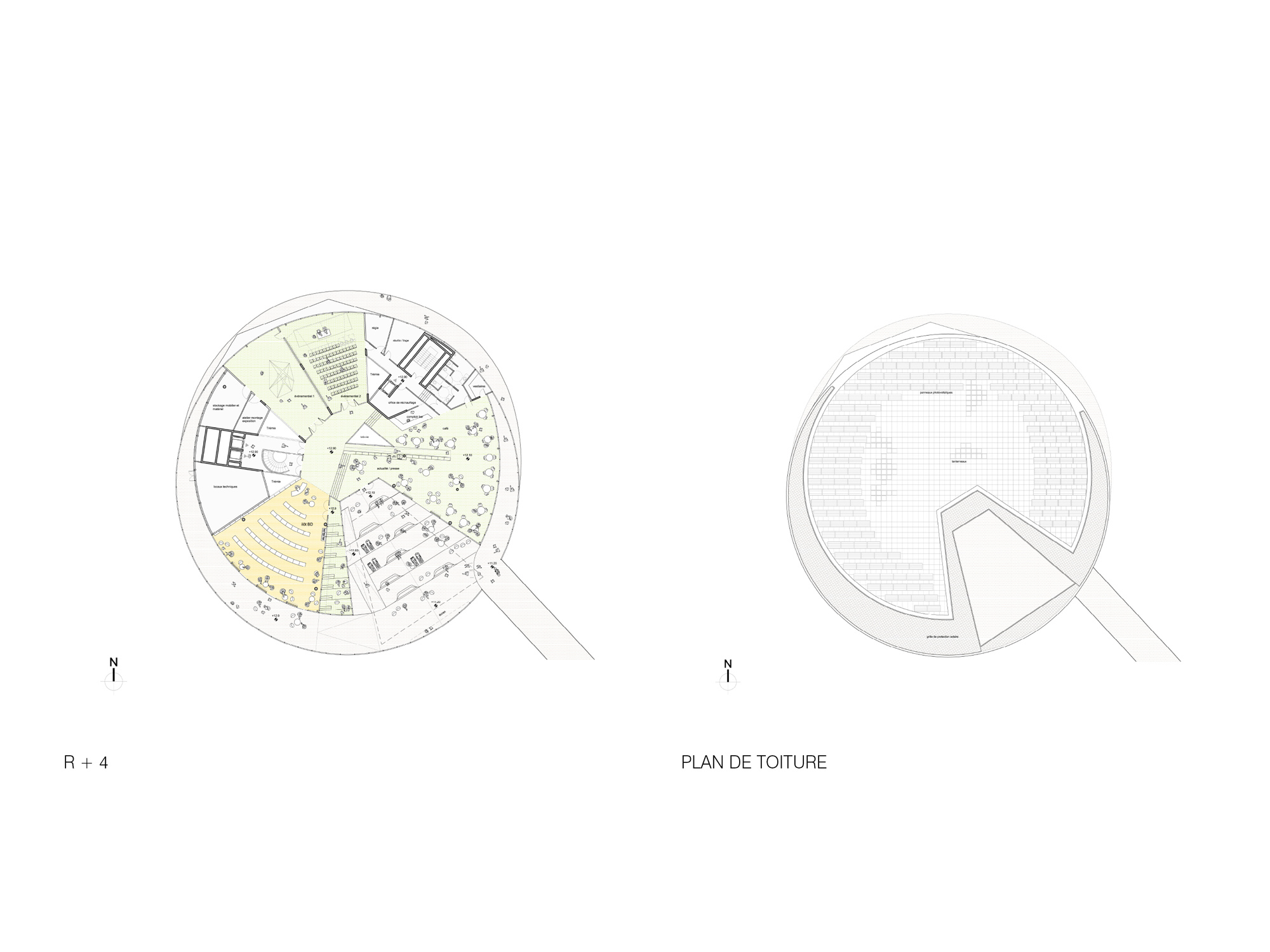 Placed in a middle of agglomeration, the media center is isolated from the center by the rail tracks and by 60 meters of level difference between itself and the upper town. Even the developing surrounding urban tissue will not generate enough public movement to energize the site.

Nevertheless, the media center has a historic role, the role to glue together lower town and upper town. It is an urban pivot point. Its cylindrical form turns back to no one. The new neighborhood will not find itself behind the media center that pays its respect to the upper town.