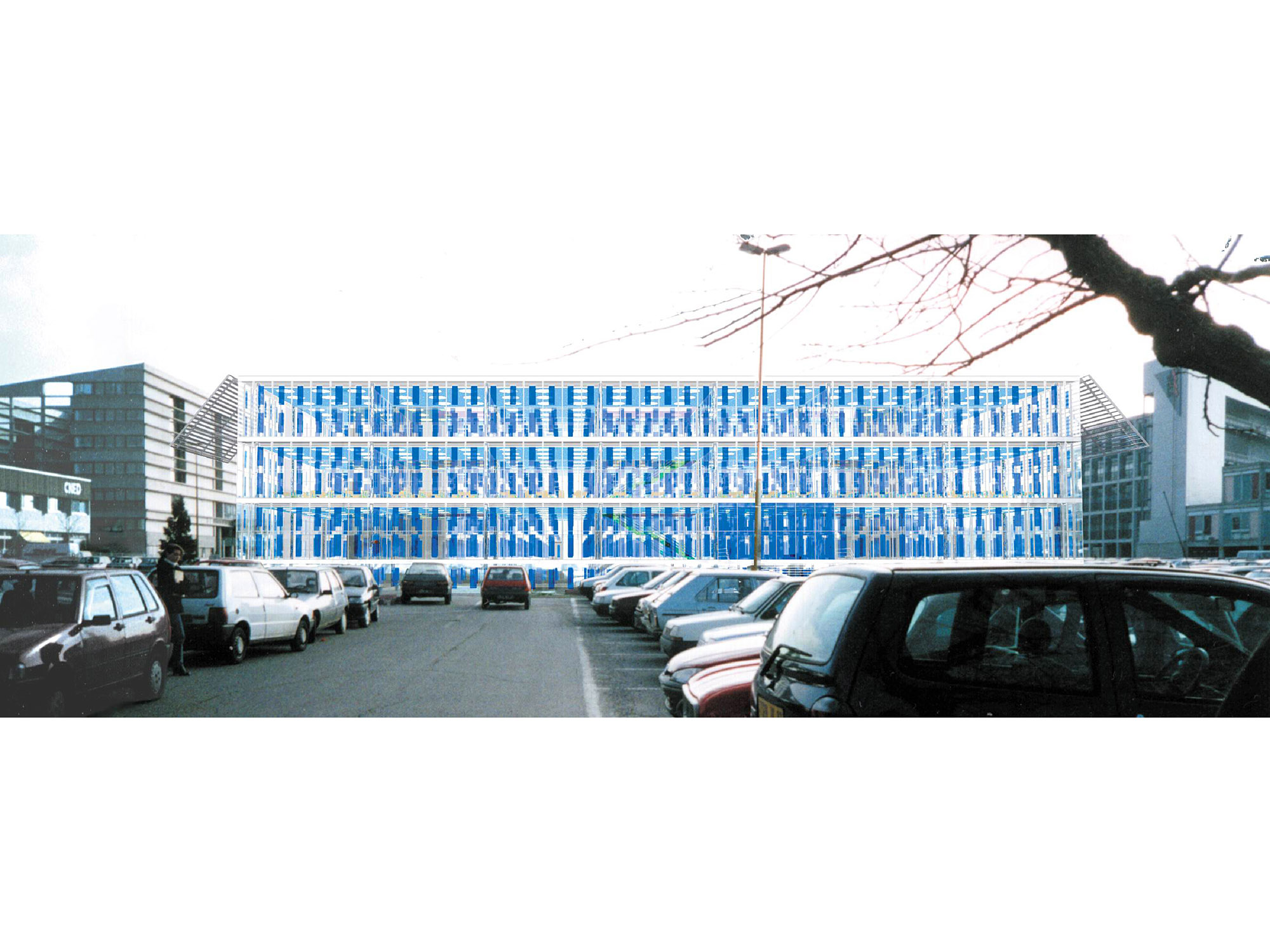 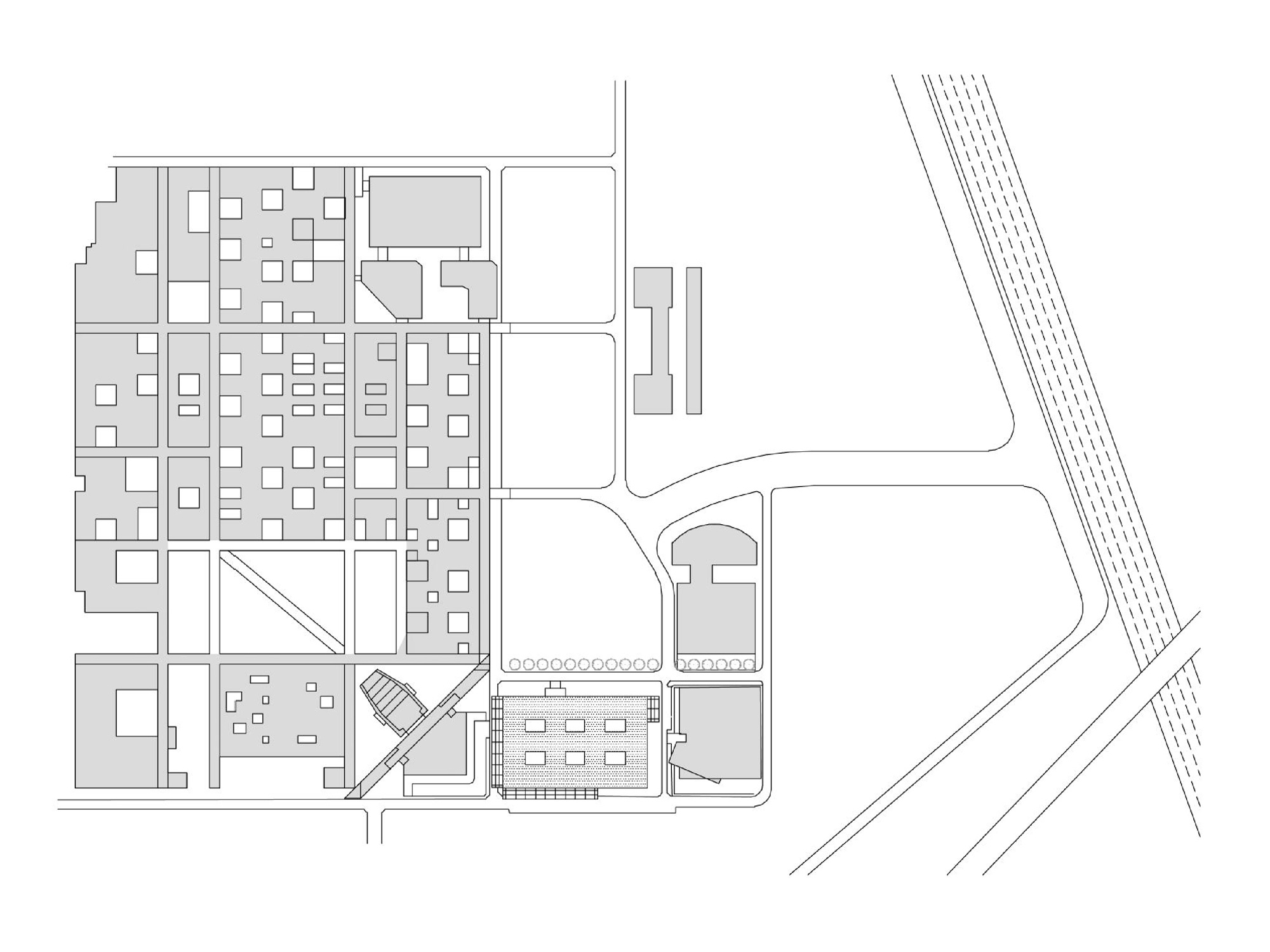 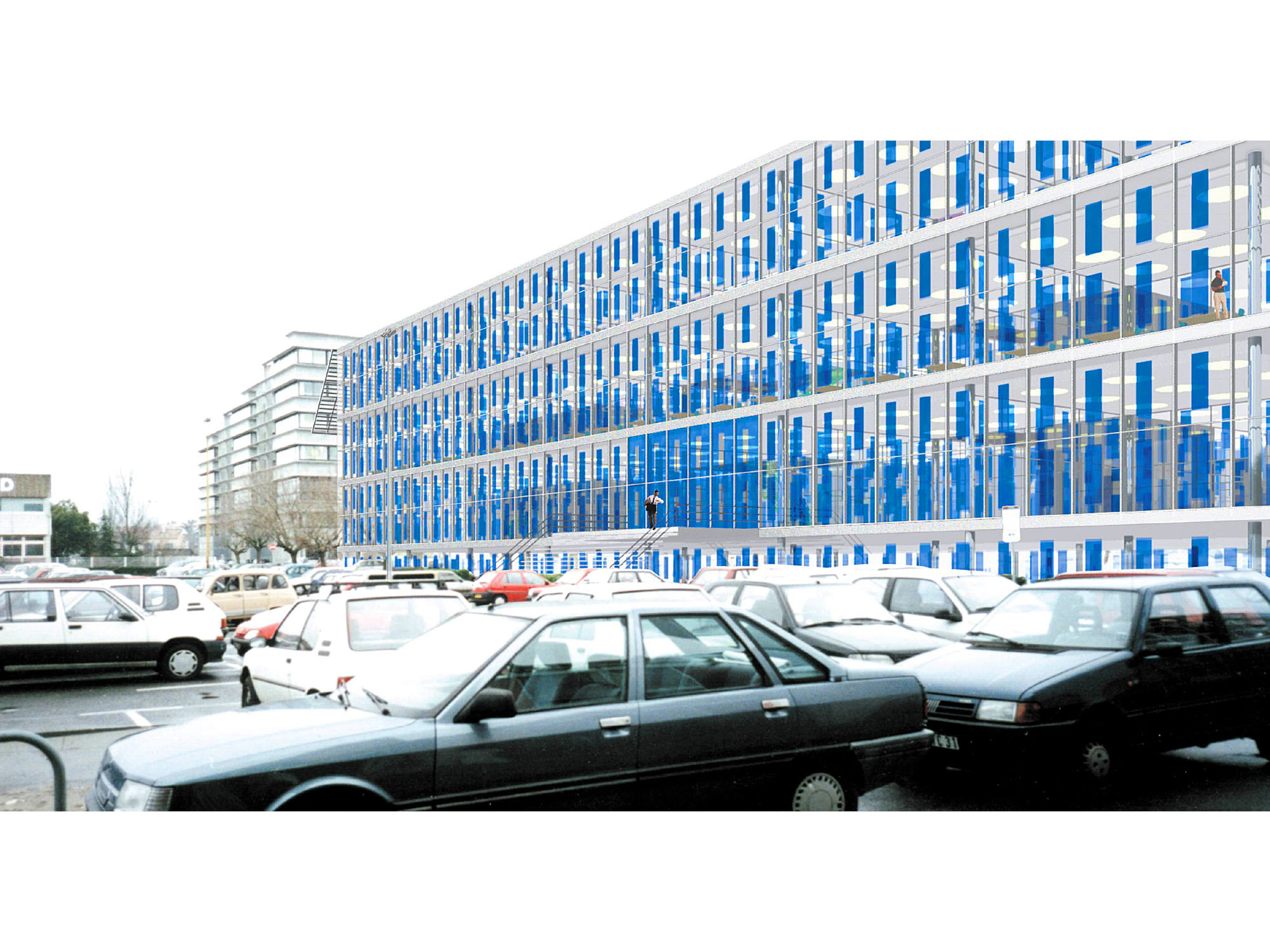 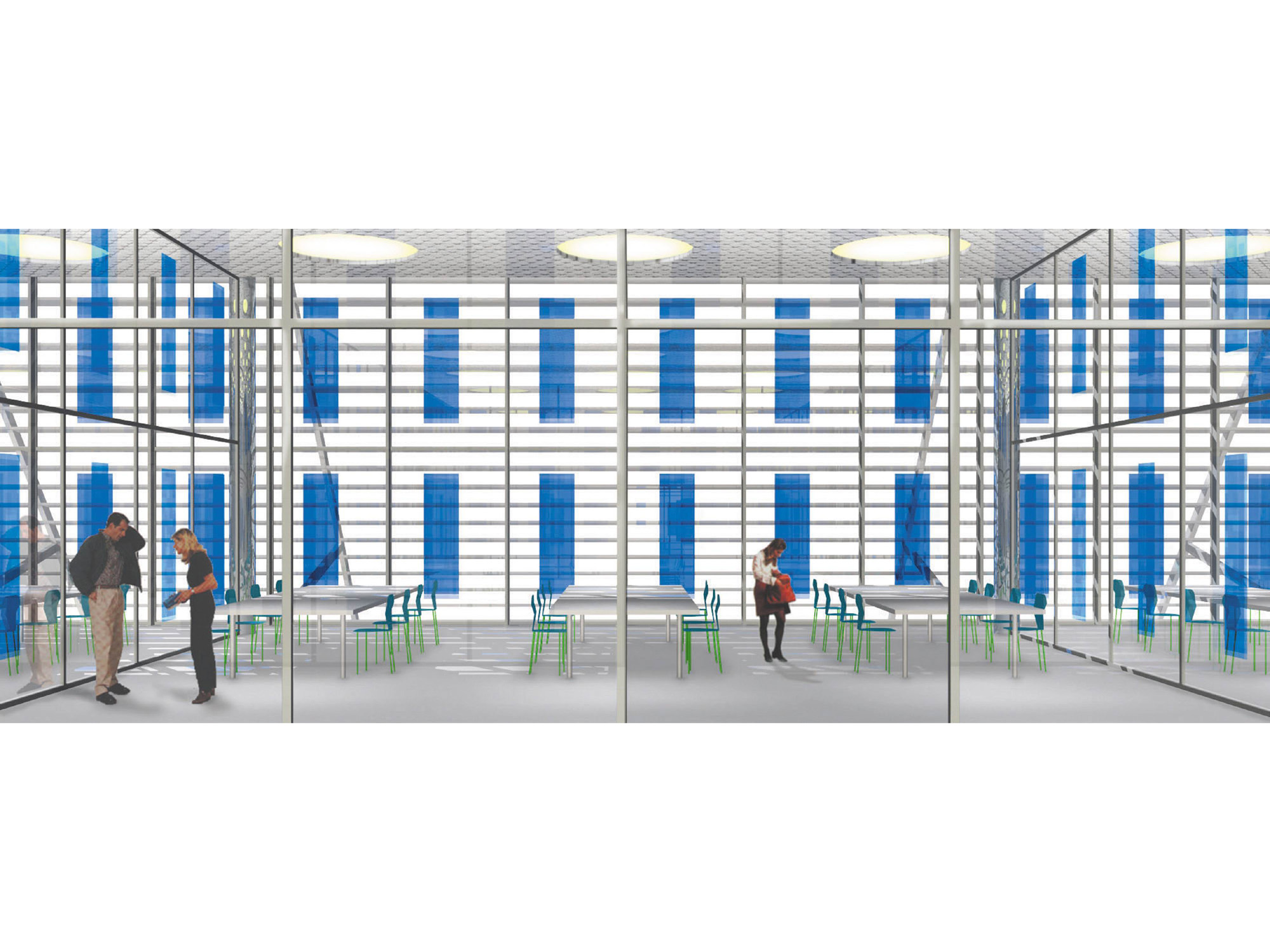 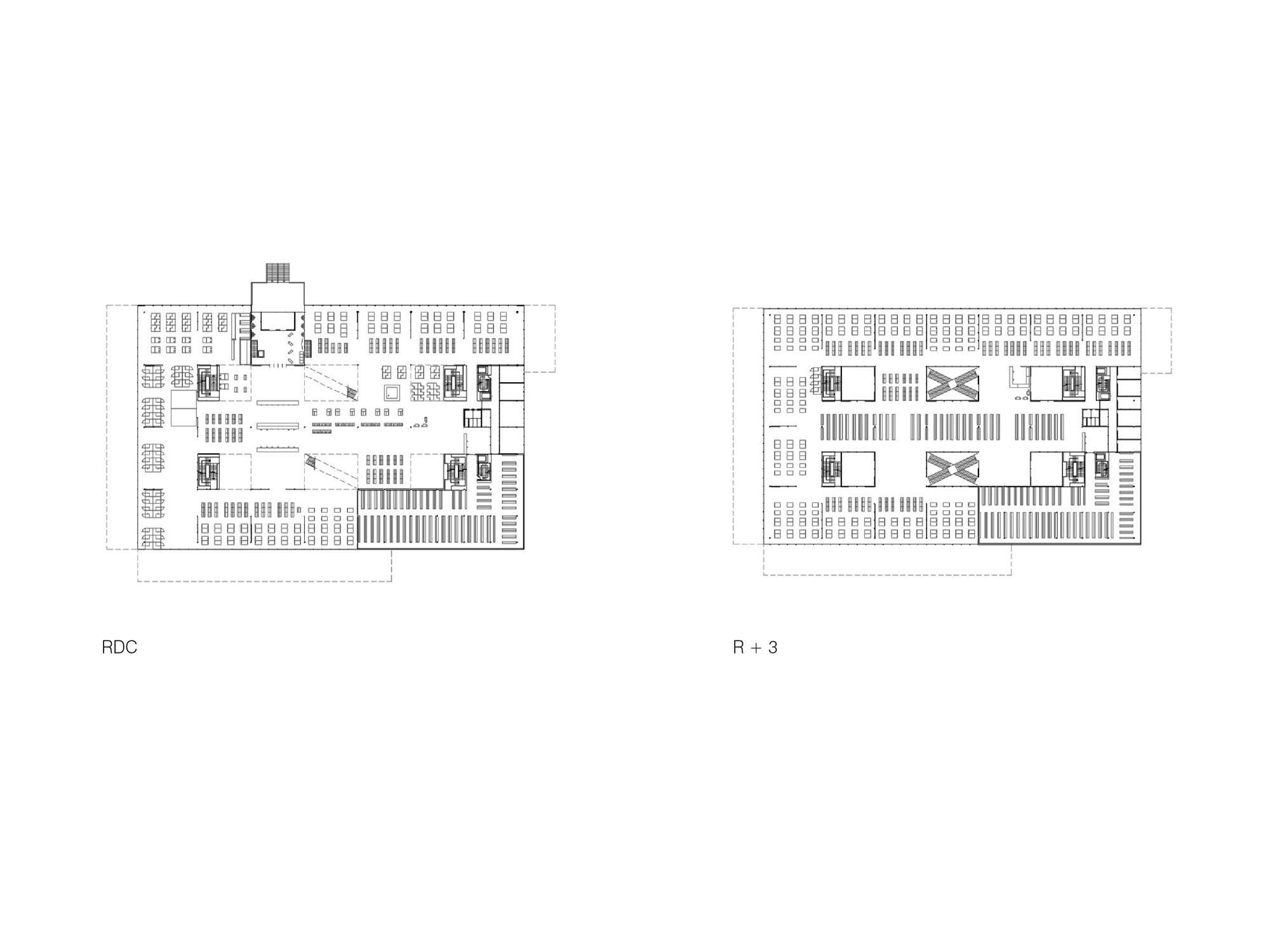 The architecture of a library must communicate ideas. Here, we seek to give the impression of depth, envisaged with the idea of going from the general (a mass of documents, the student community, the architecture) to the particular (a book, an individual, an adapted architectural device).

The building is made by repetition of the same elements. The repetition gives the depth. On each stripe is a word (in Aramean), its translation and its etymology. The building is a dictionary, a profound book.

The library is made up of vast, horizontal sectors, staged on three main levels, pierced by six patios containing six stairs : the library can be seen and used in its full width and height. The enjoyment procured by the library (before that of reading) is proportional to the knowledge one can have of the quantities of documents it shelters, the efficiency of its classification, and the possibility of taking full advantage of it. One can gain equal satisfaction from the sight of the student at work.

The effect of accumulation, classification and the regular arrangement of the different elements has merit as the greatest expression of the library.

The library is less a building than a device, the notions of space and articulation of spaces is abandoned.