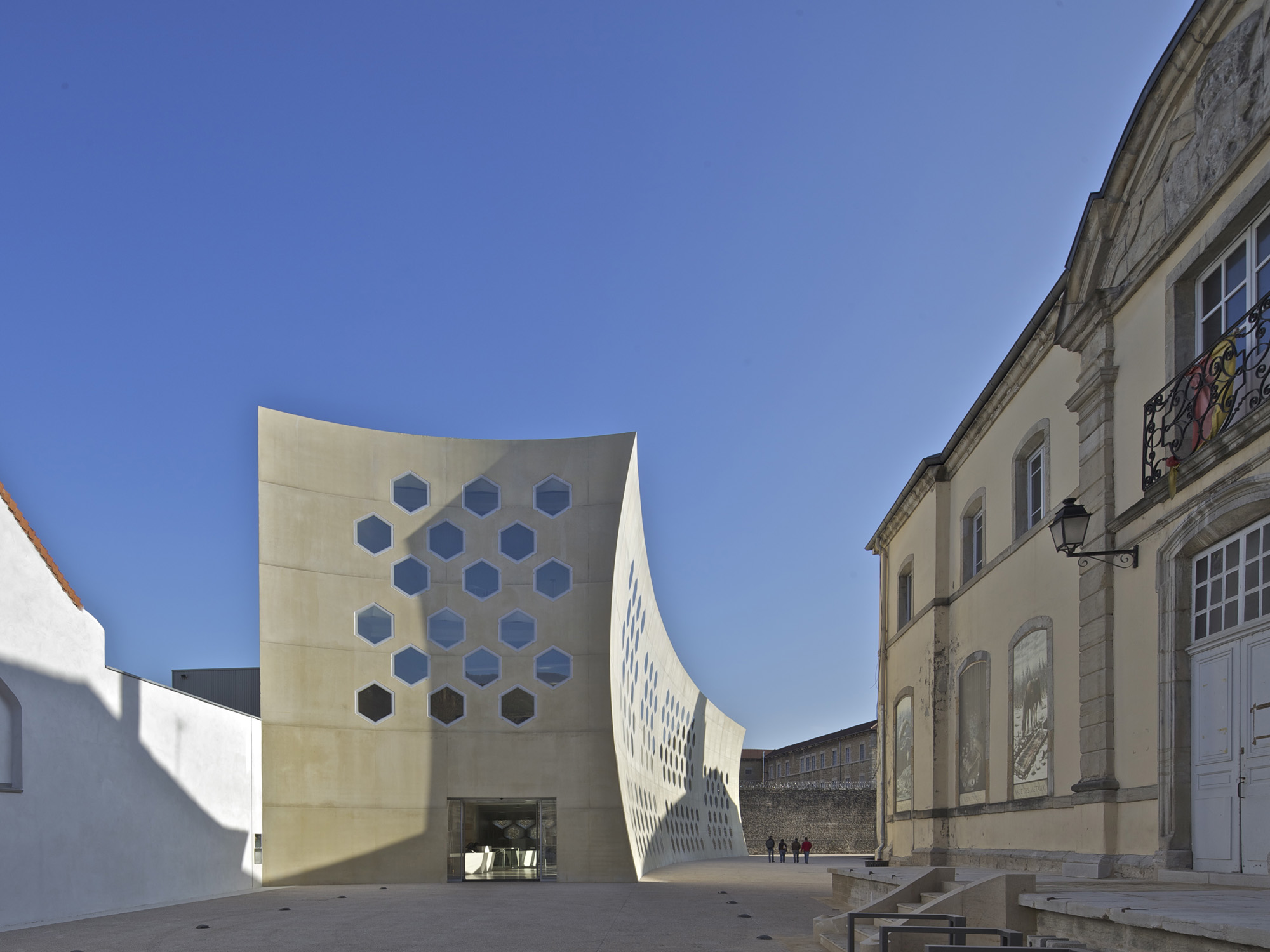 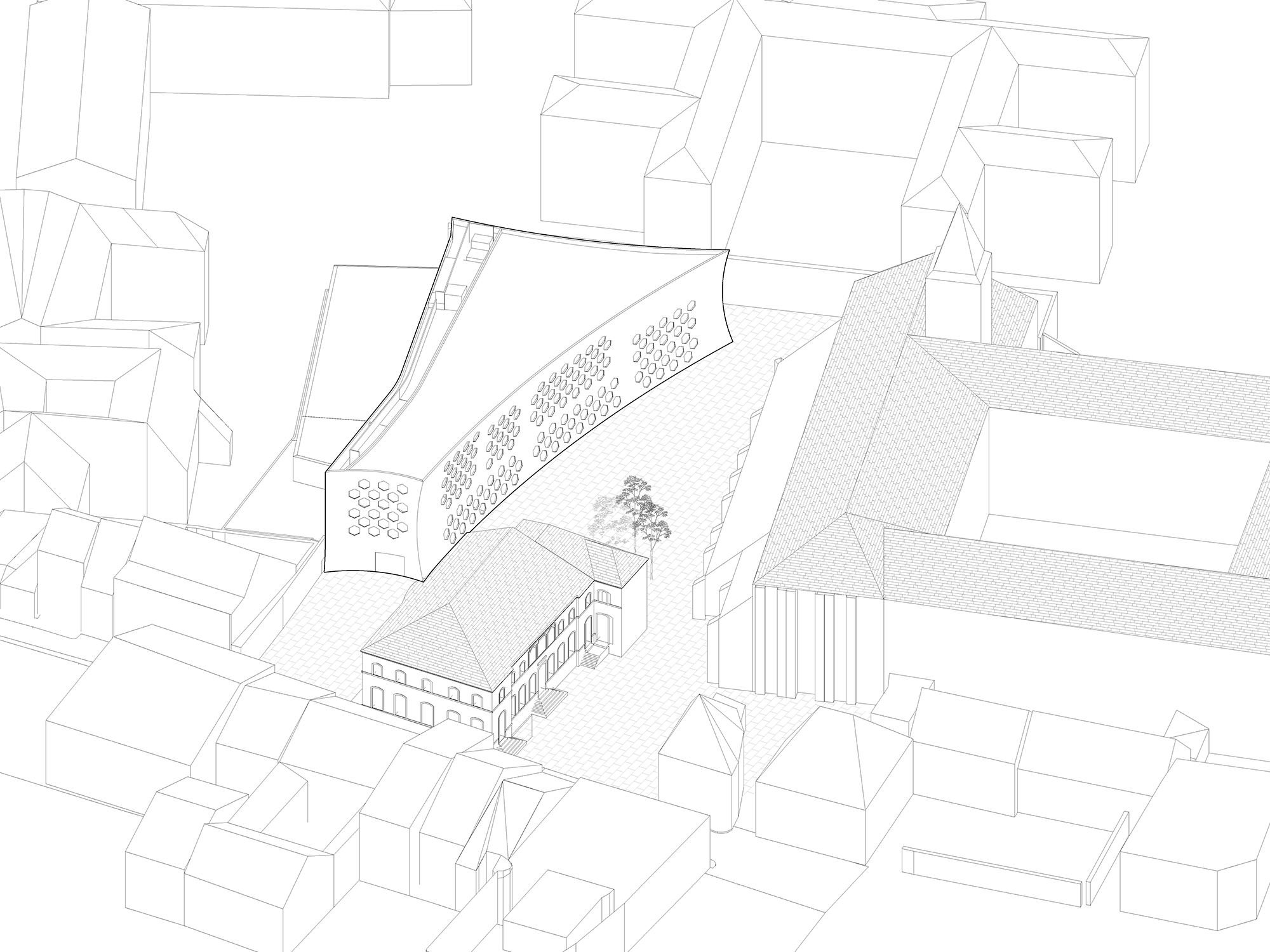 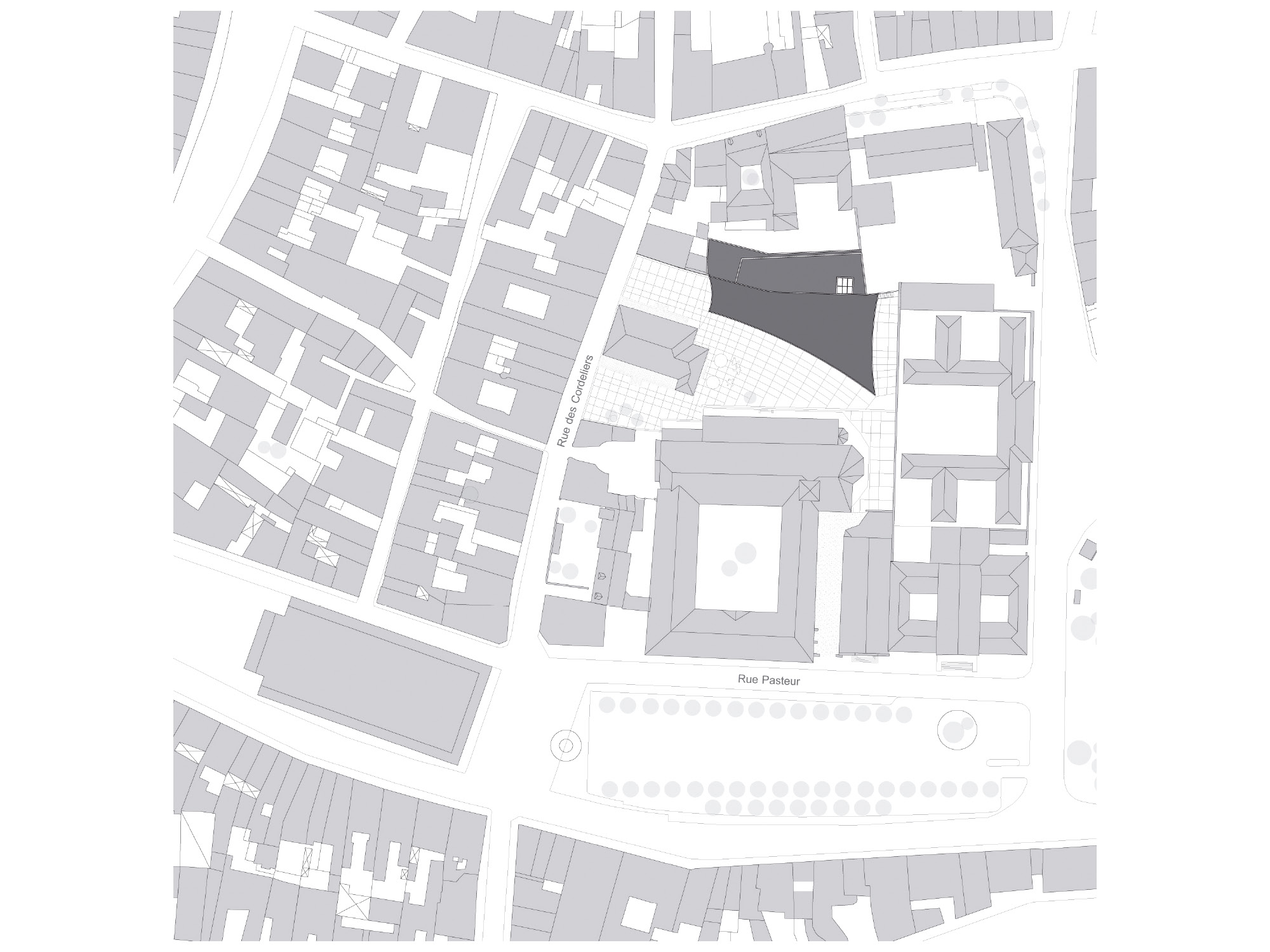 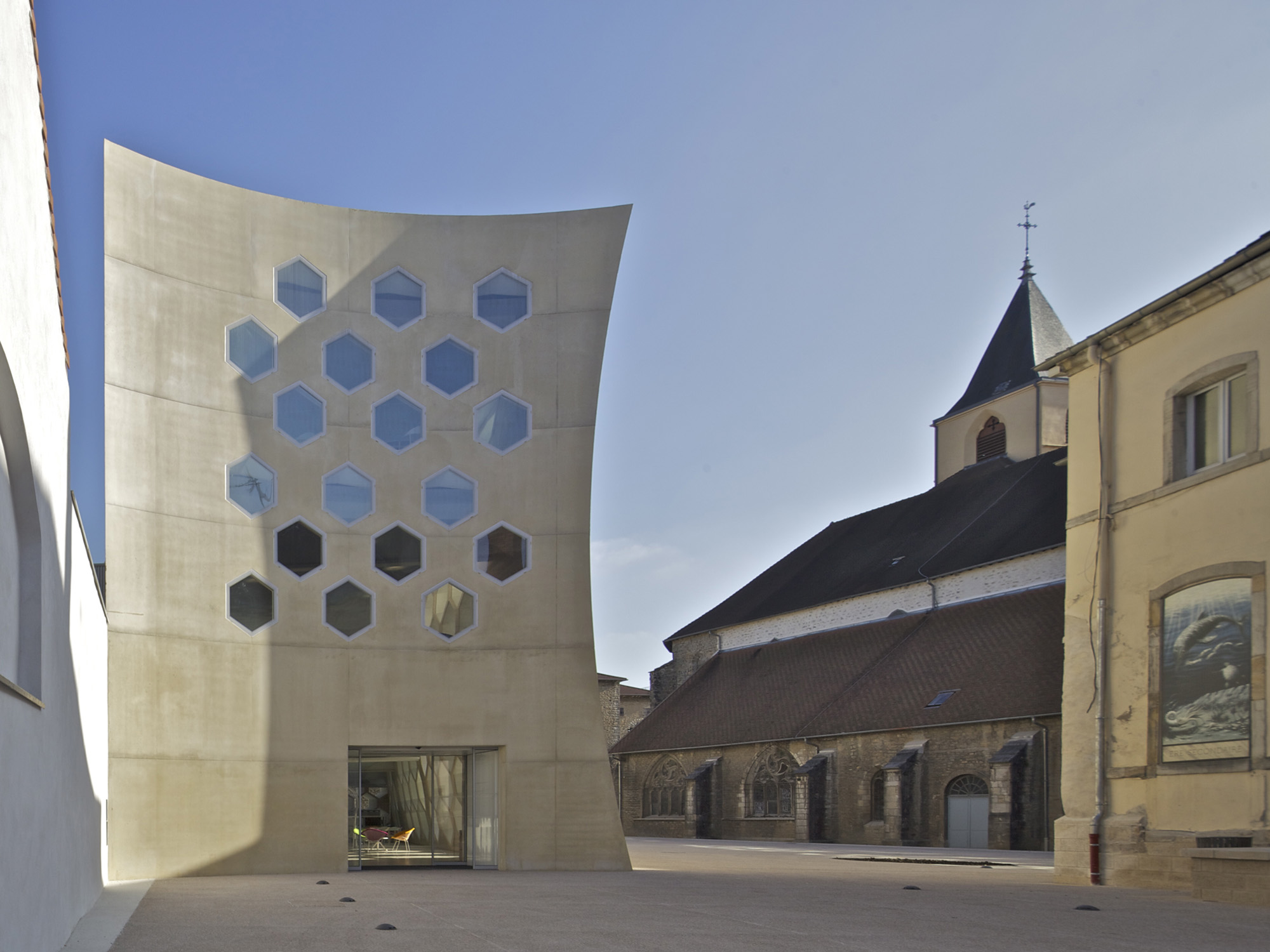 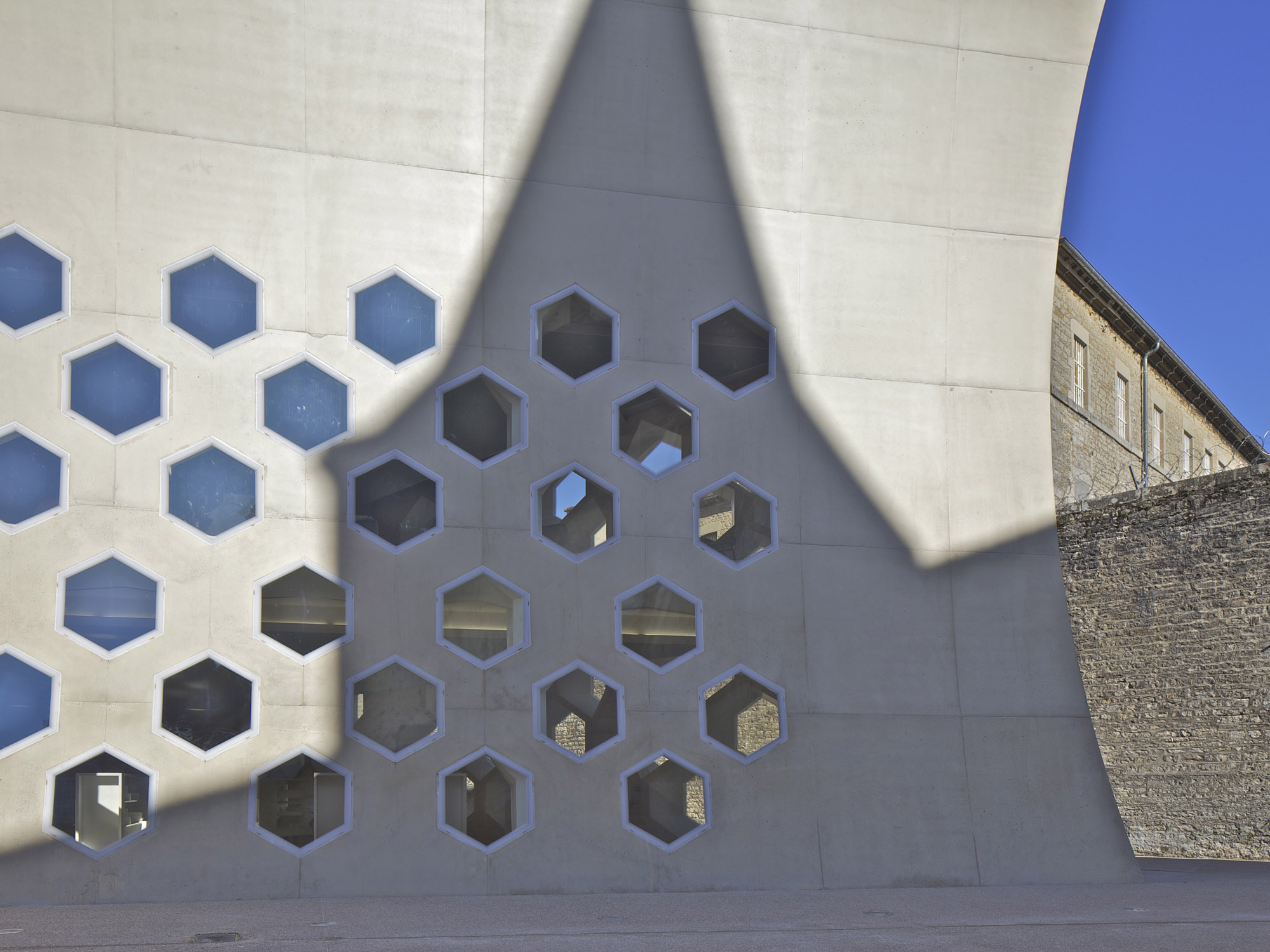 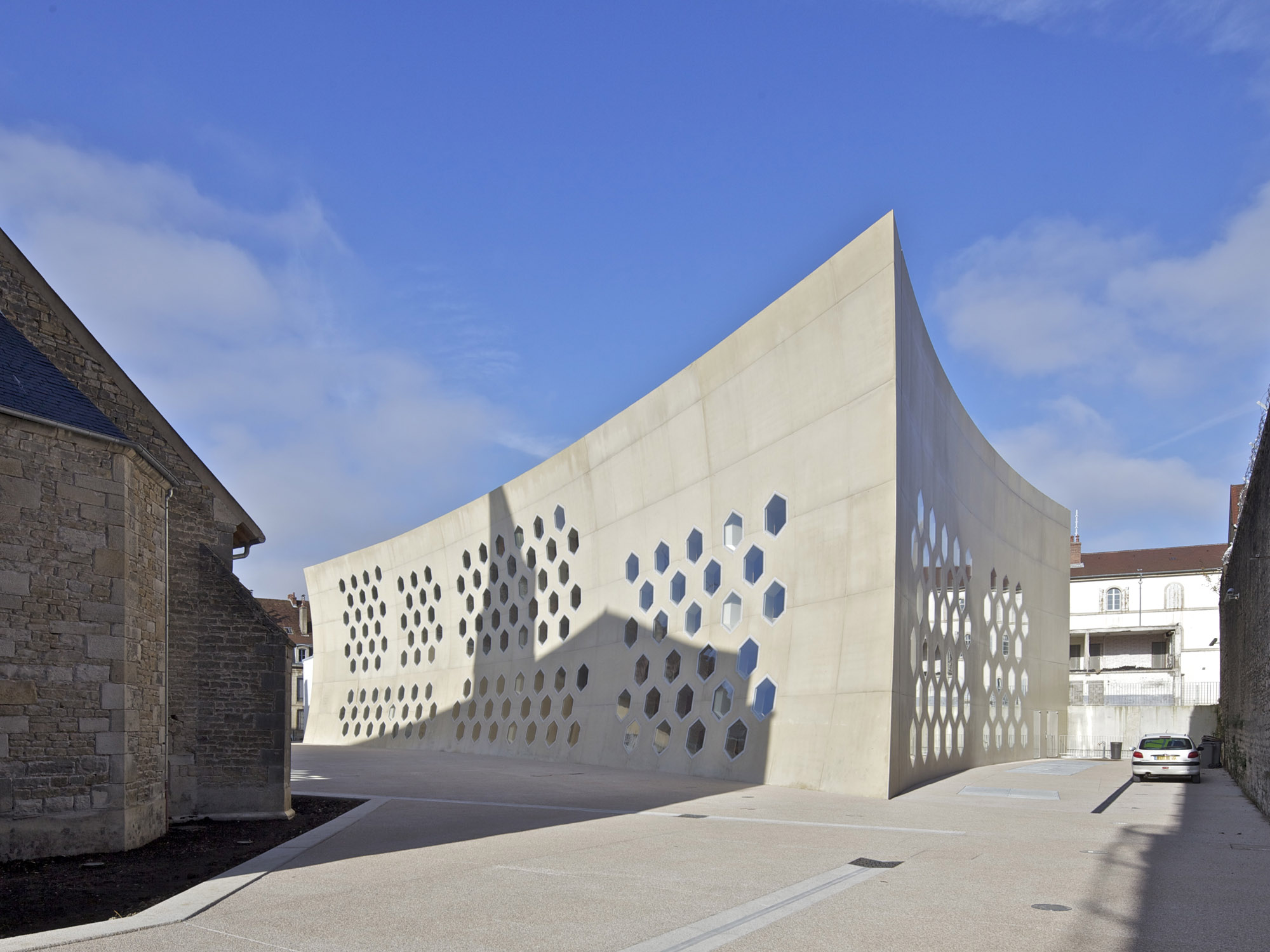 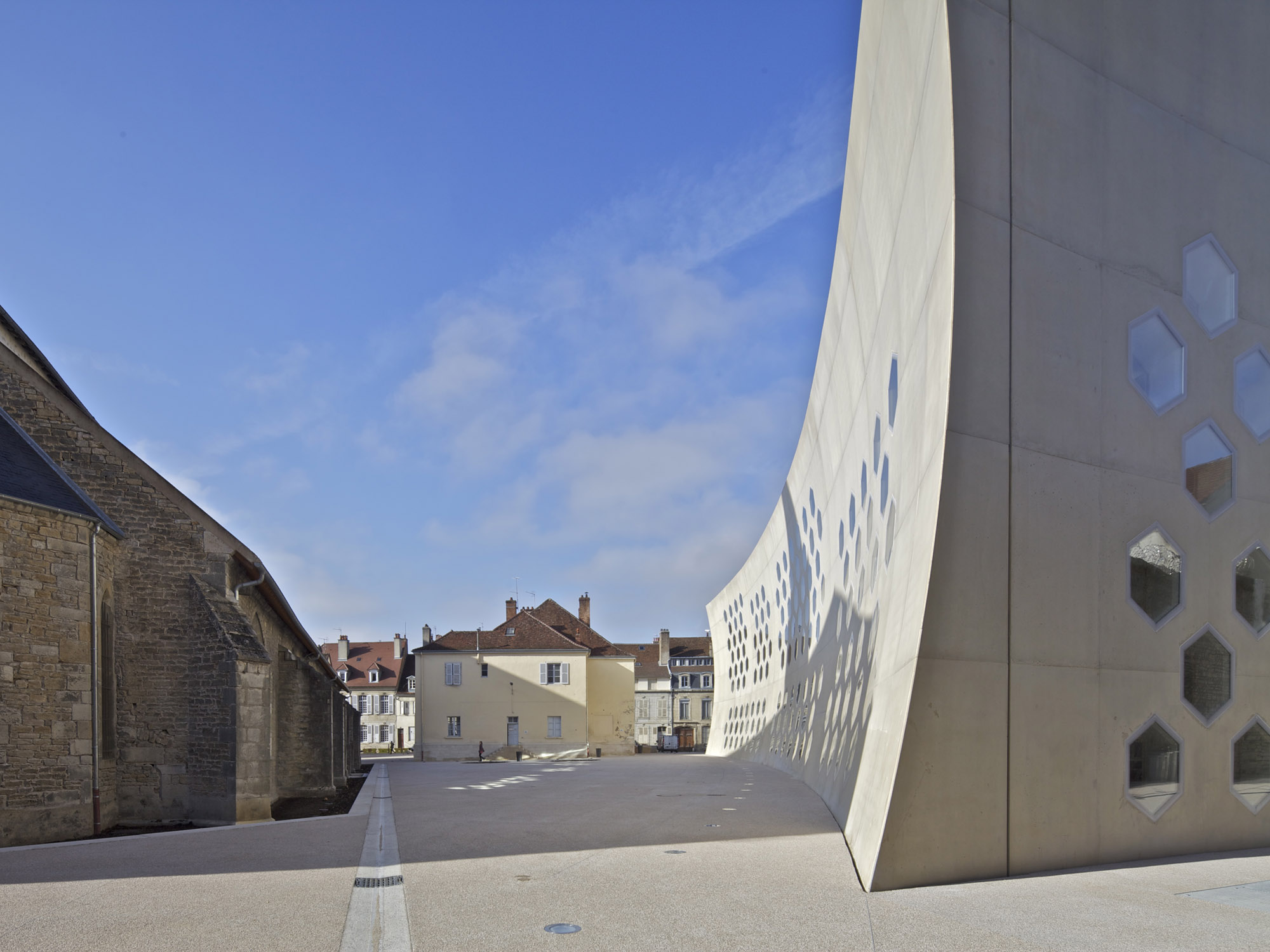 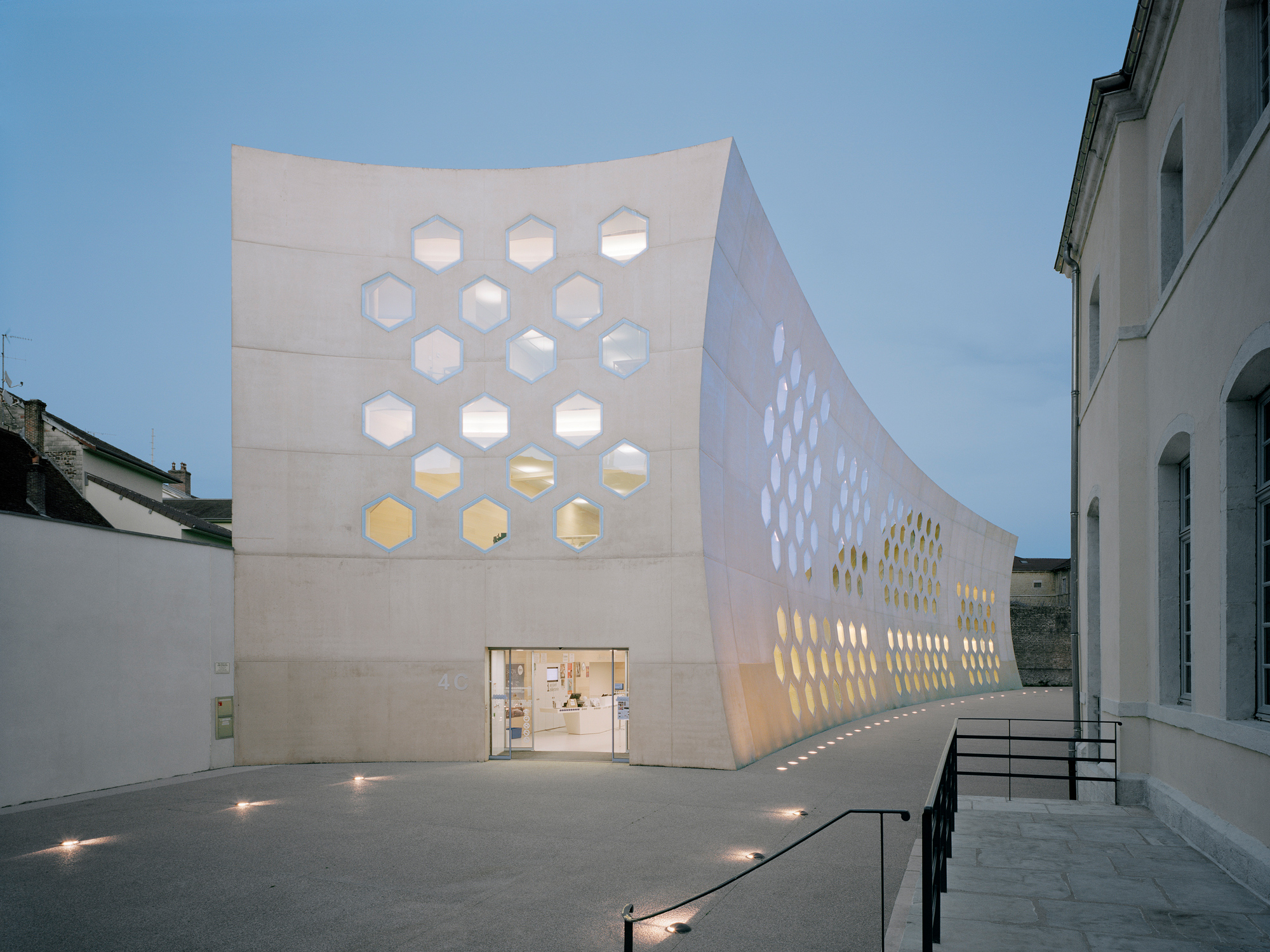 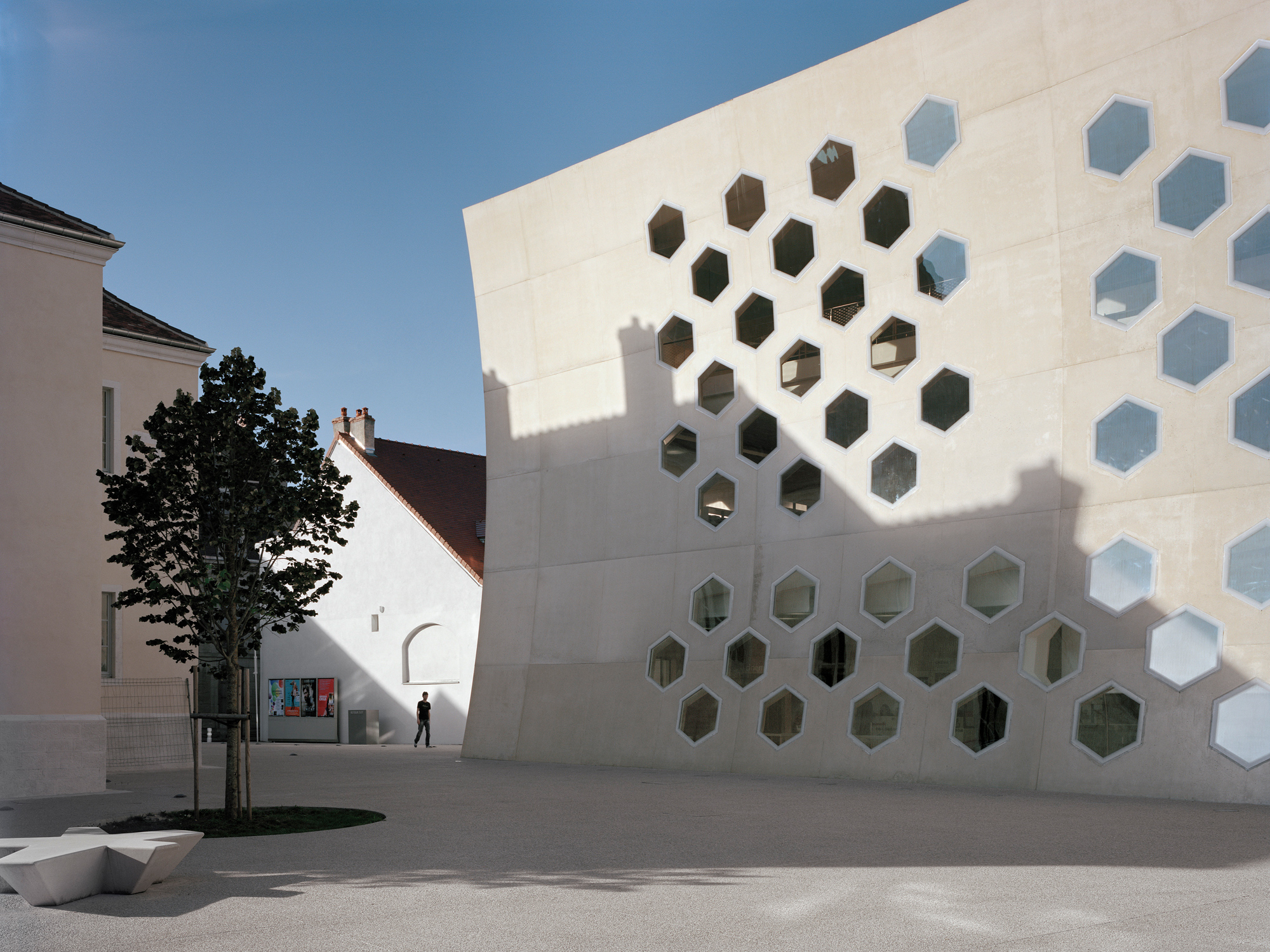 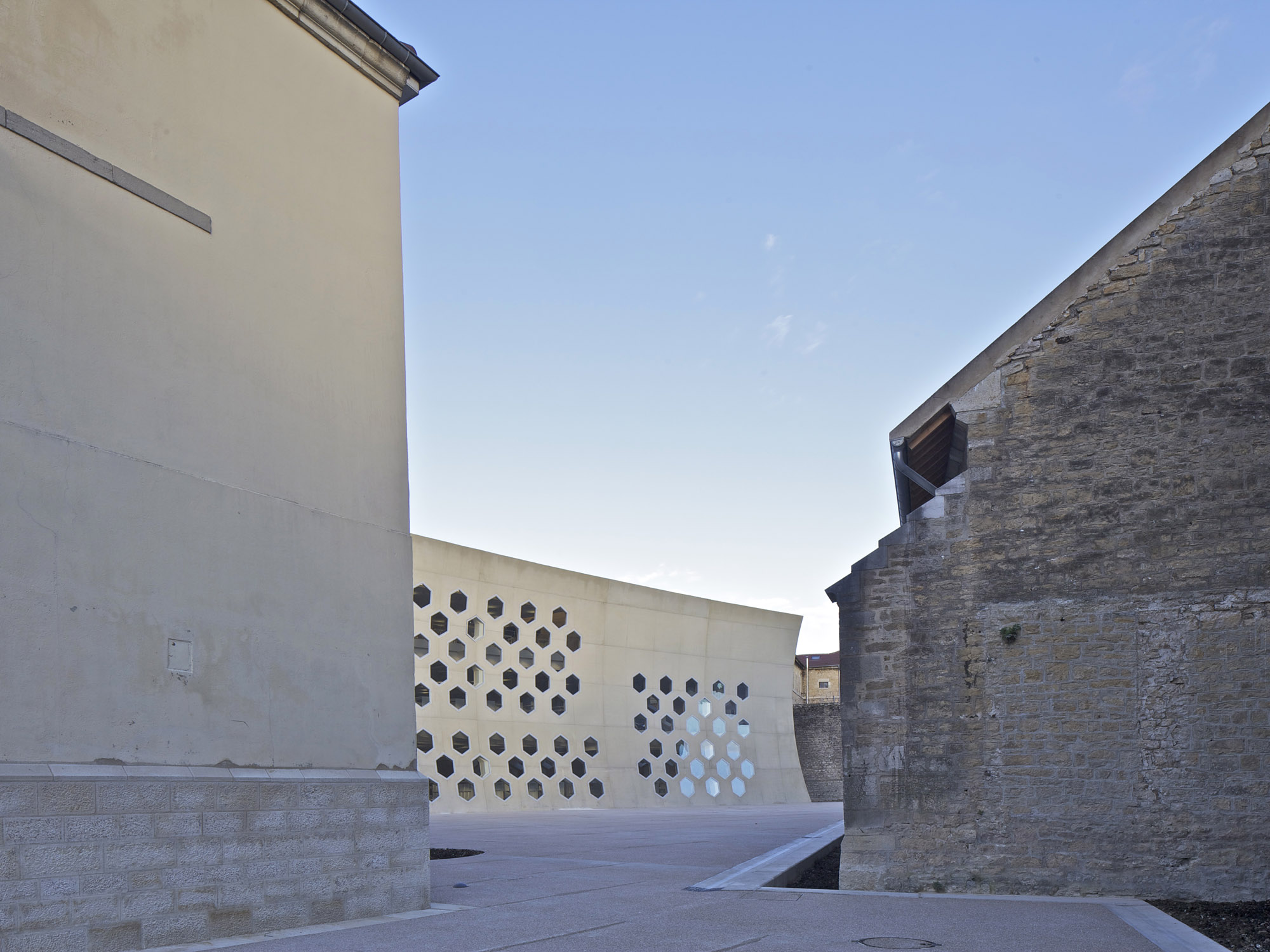 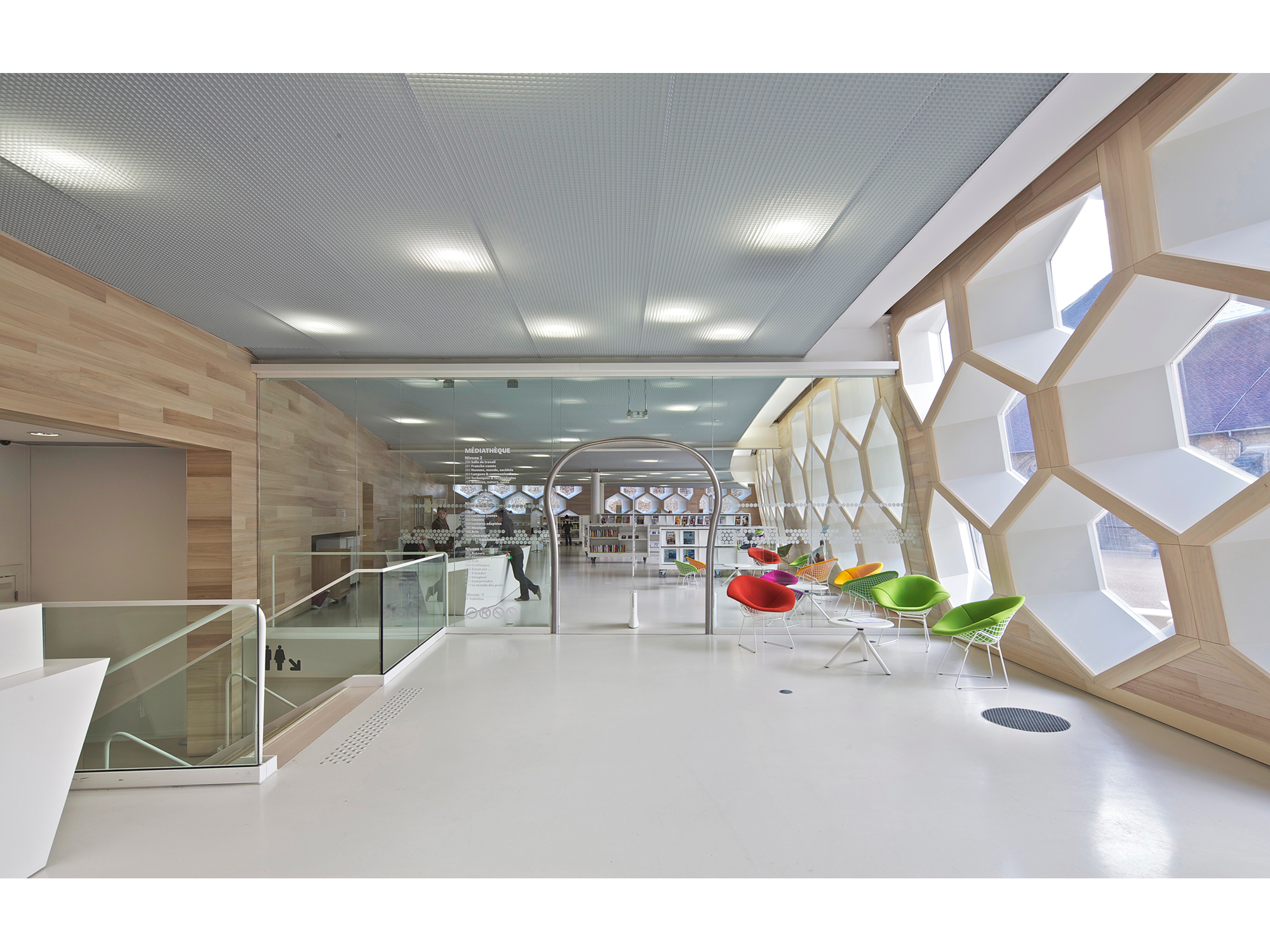 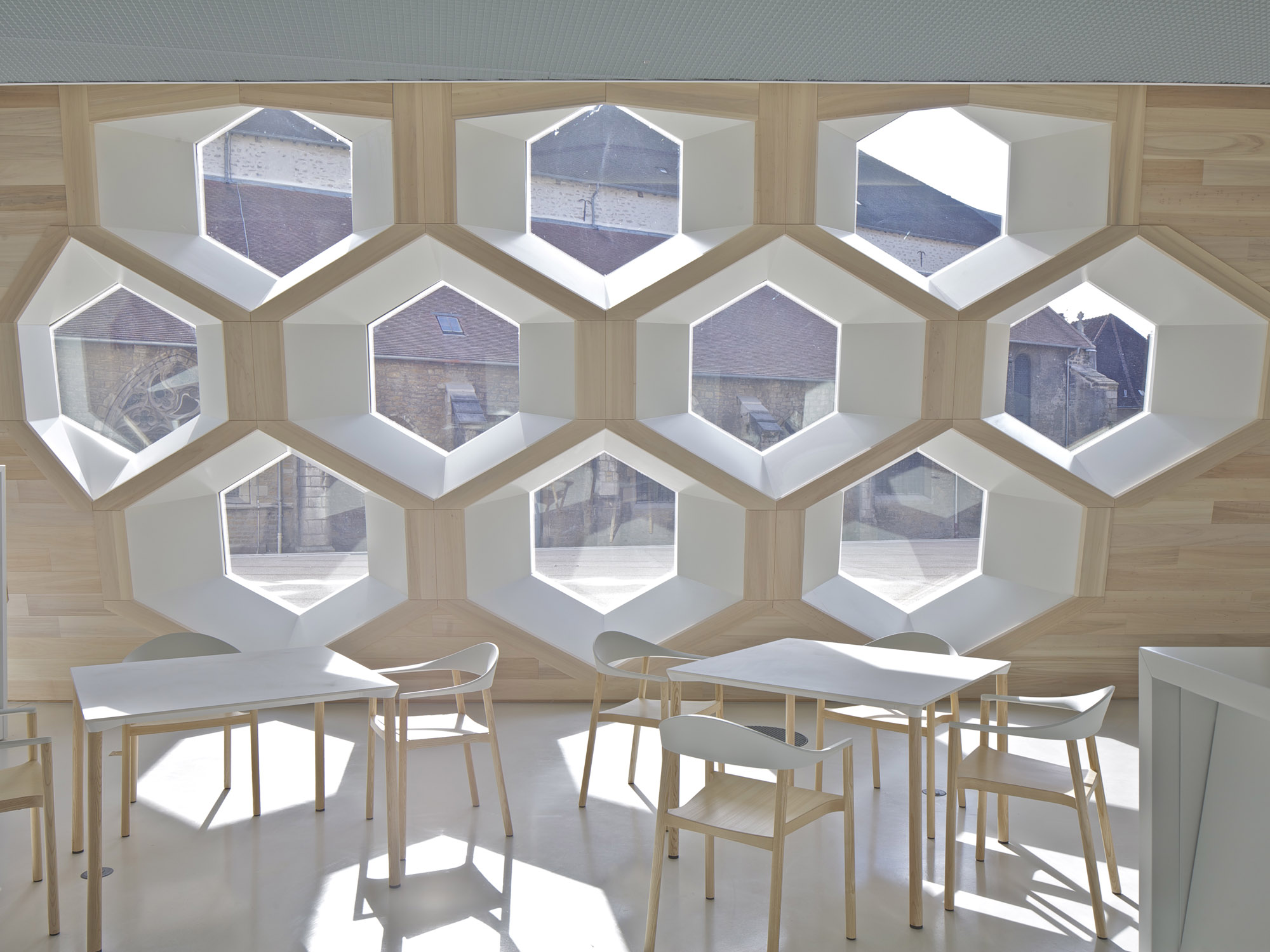 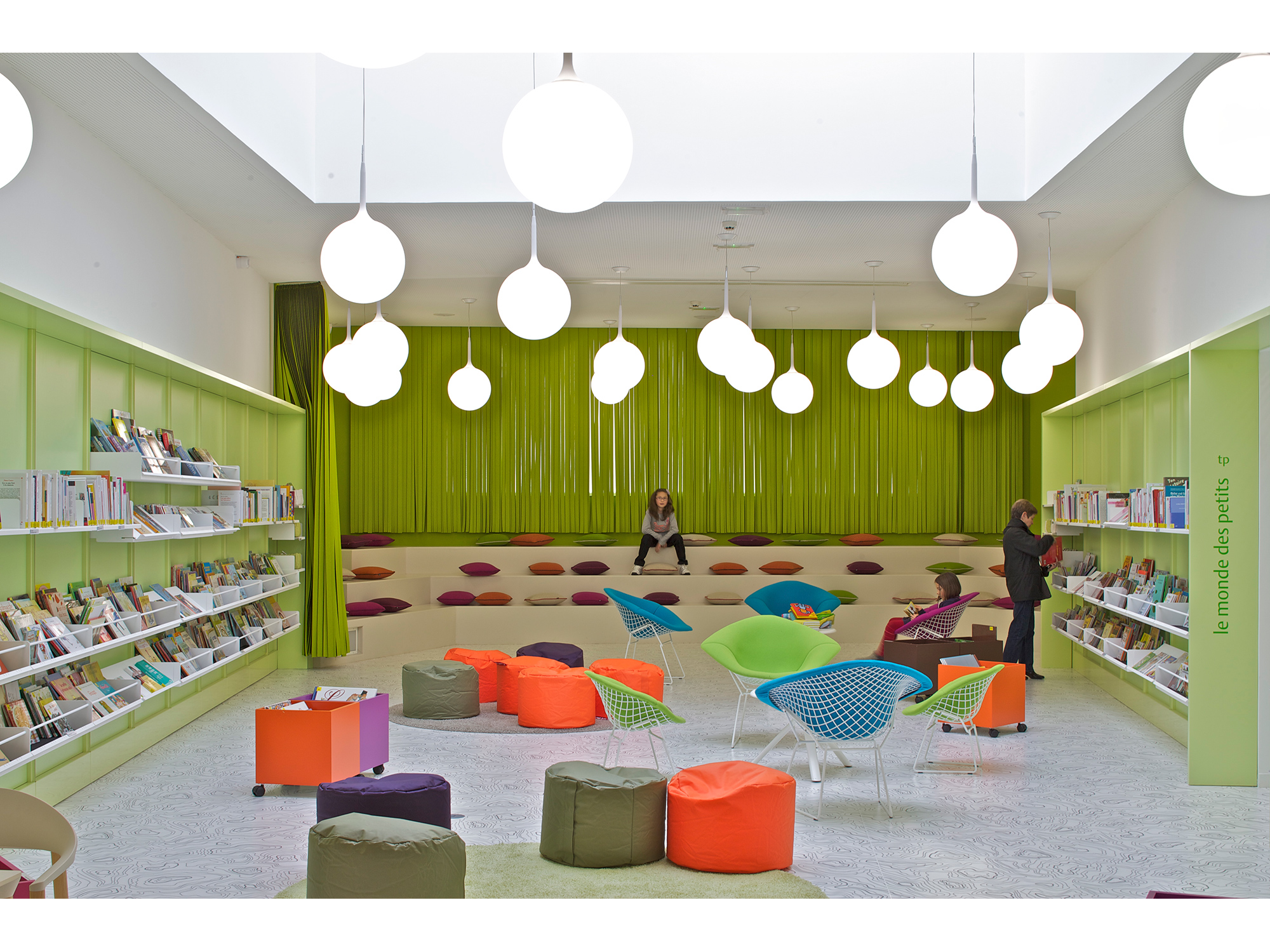 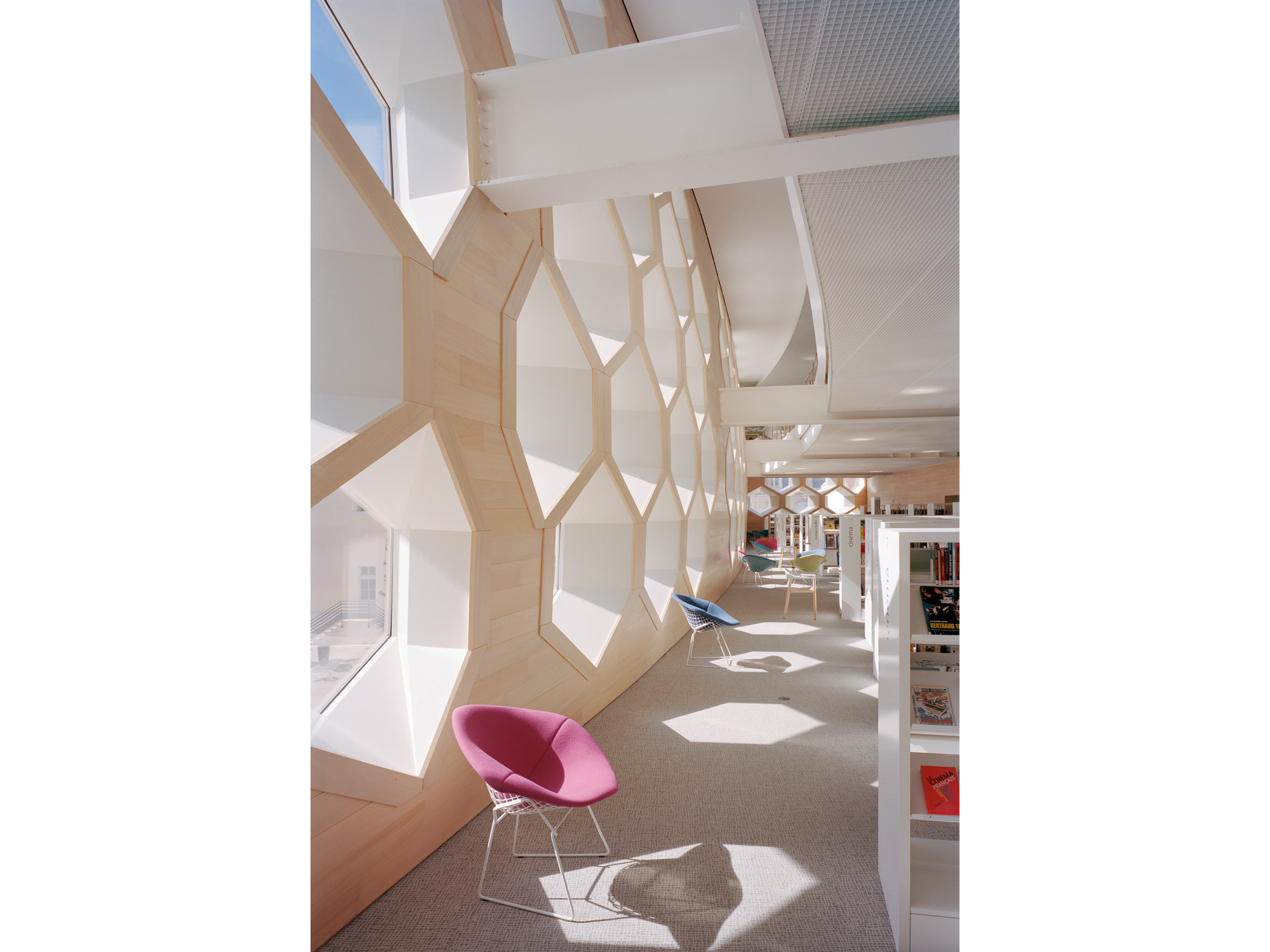 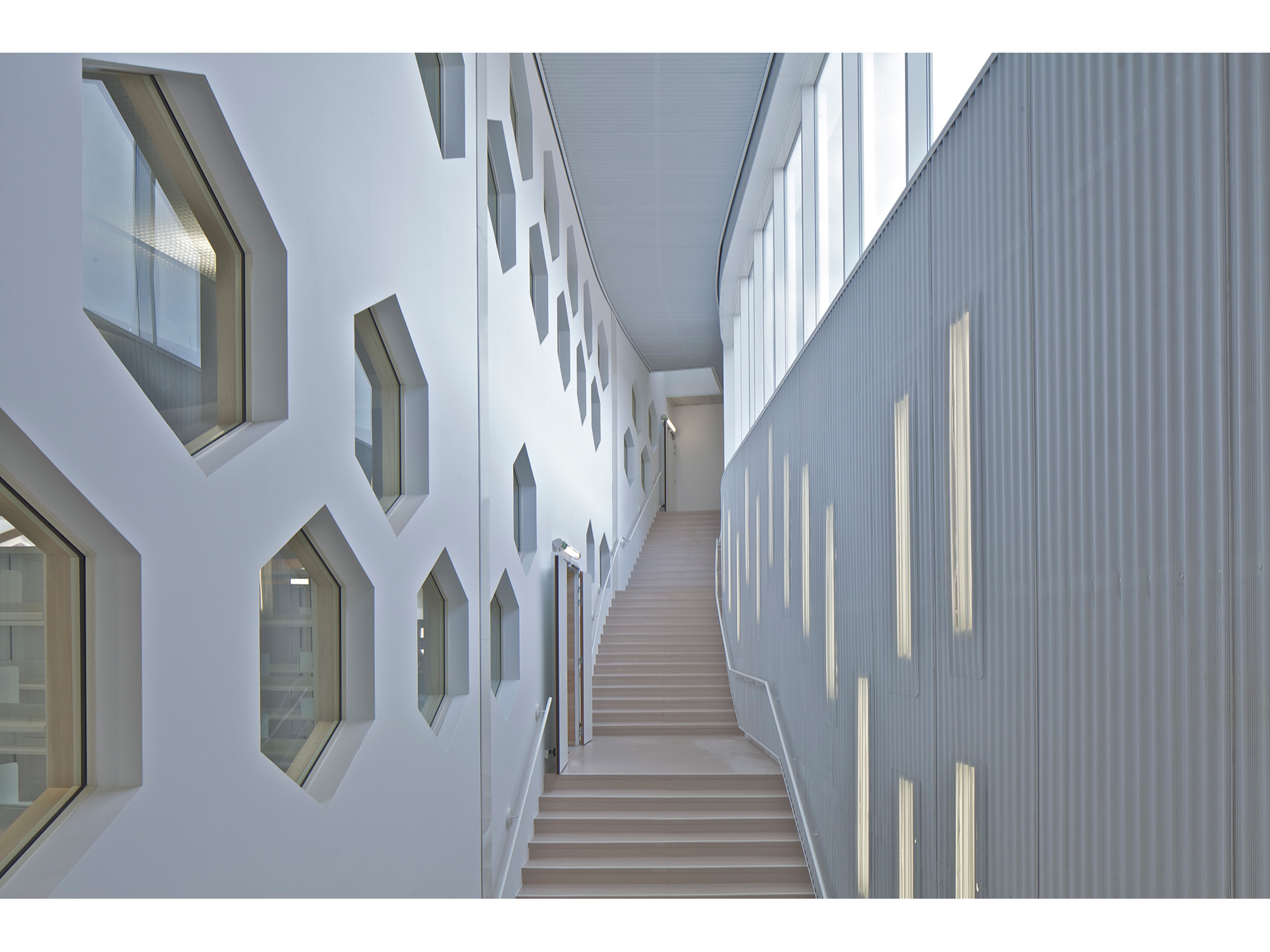 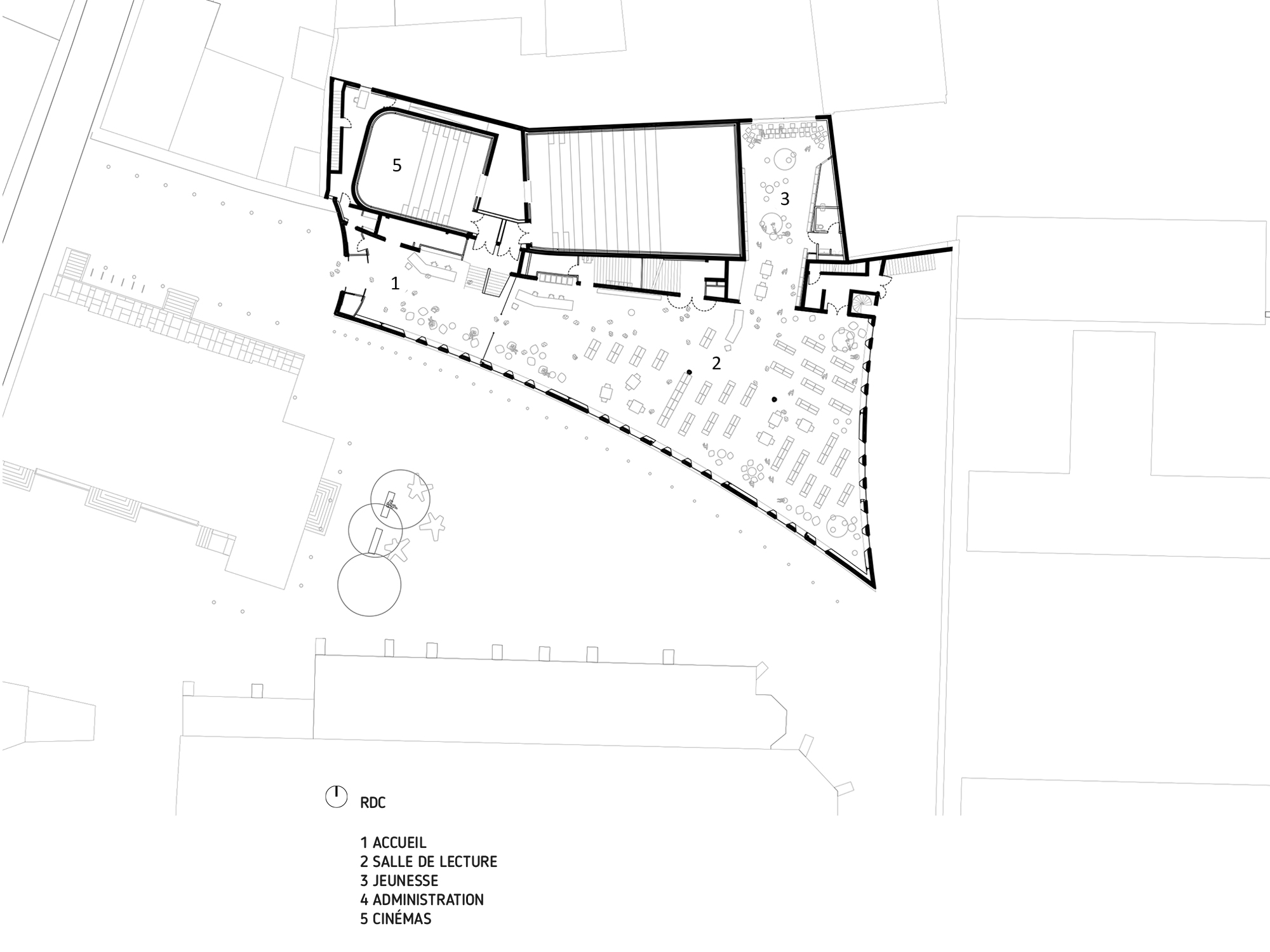 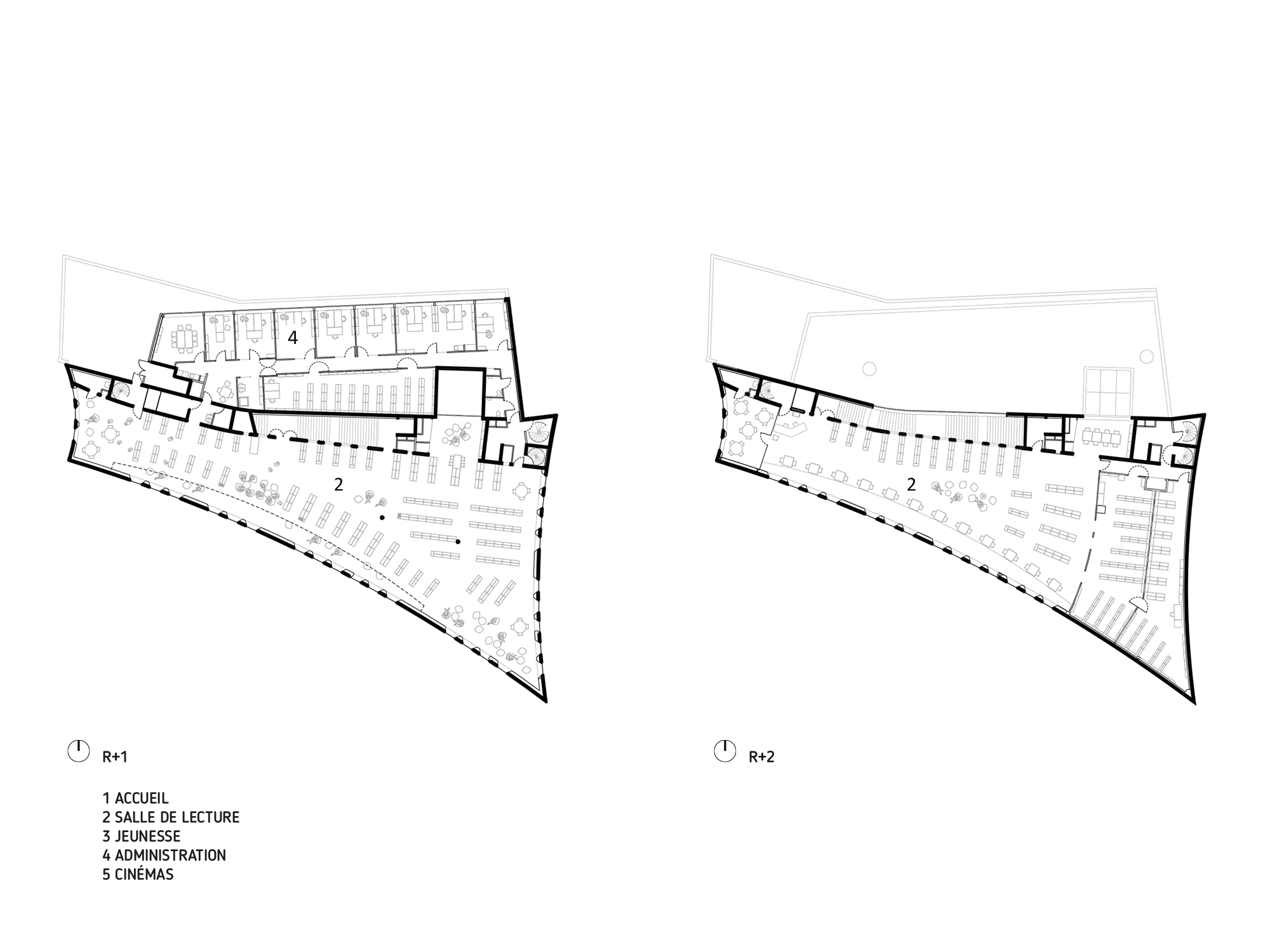 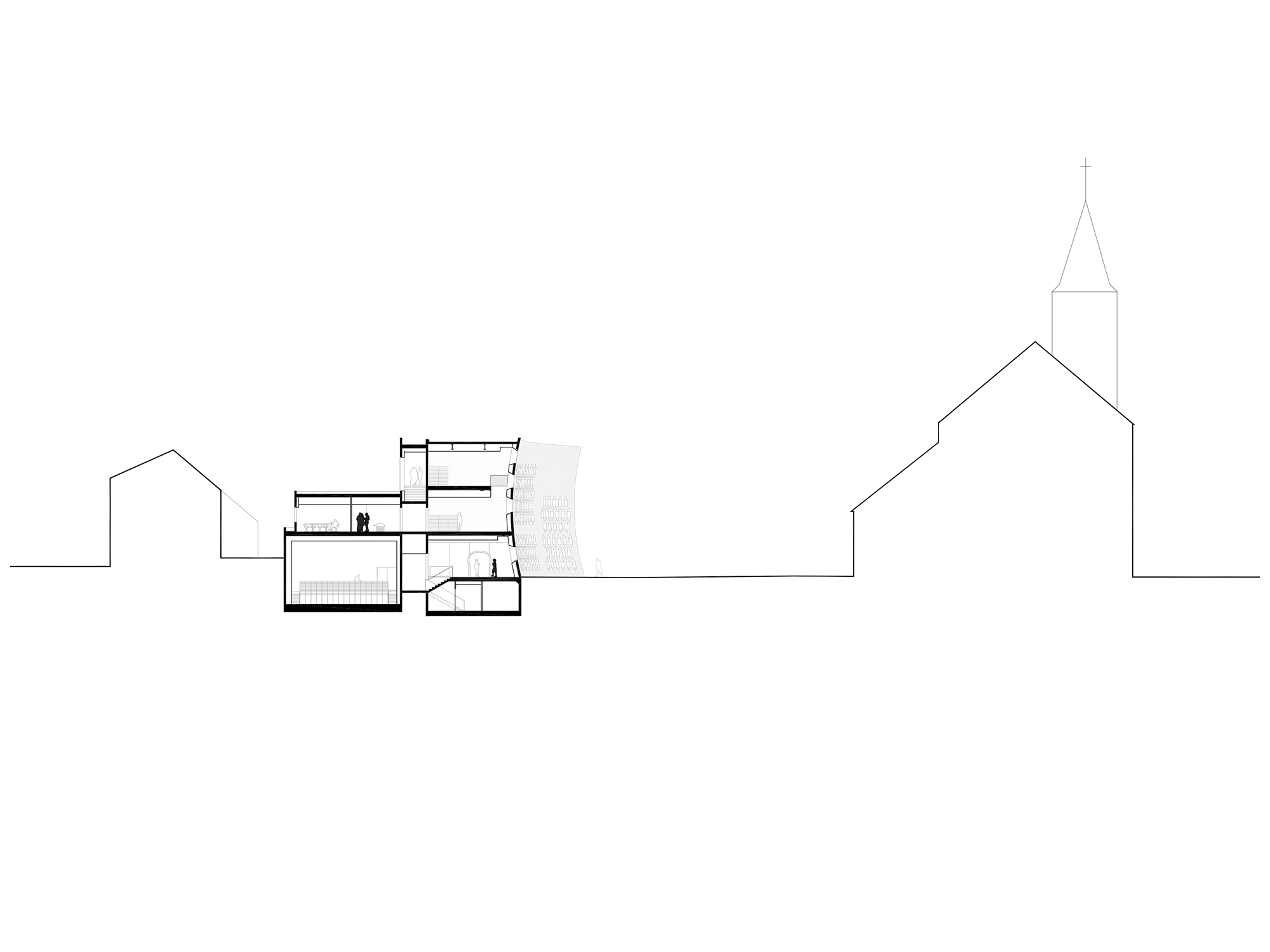 The complex brings together a multi-media library and an arthouse cinema, managed by the local authorities. Access to the multi-media library is given via a narrow street which cuts through a dense urban block. The three neighbors of the cultural center are : the Cordeliers church, the Hôtel de Balay and the perimeter wall of a prison. They form an urban setting consisting of simple lines, large mineral surfaces, and imposing masses, which are sober and dignified. This rather severe company were lacking a fourth player to light up the party and get the mineral scene in motion. This is the role for the cultural center, which has to dance to stand up to the petrified presence of the church and prison. As mineral as its neighbors it presents a narrow façade on the street to better extend deep into the plot. At this point, it hollows out giving way to a public place which offers a welcome breathing space in this densely packed neighborhood. The curvature of this slender facade increases the presence of the building. Deeper in, its largest facade is bent so as to act as a natural link between the street and the alley running along the back of the church. This great concave facade sends a formal response to the impressive steep slope of the church’s slate covered roof. Ruled by a combination of curved lines, the building appears to be an autonomous object, unhindered, free to move. Placed in front of one of its façades, one seizes the system that regulates it, understands that it applies to the rest and perceives the whole, including the parts he cannot actually see. Thus the building spins without moving and in a glance one beholds its complete choreography. If such a mass can move effectively, that is also because it is not constrained by hierarchies that are usually induced by the arrangement of the openings. Here, so as not to interfere with the fluidity of the curved surfaces the windows are hexagonal and are arranged as clusters. Nothing is blocked. The exterior experience carries on once you have actually entered the building. Right from the entrance the interior opens up completely and reflects the curved surfaces of the exterior. The interior organization is clear : the various functions are divided across a basement reserved for the cinema screens and three upper levels linked by a grand staircase.