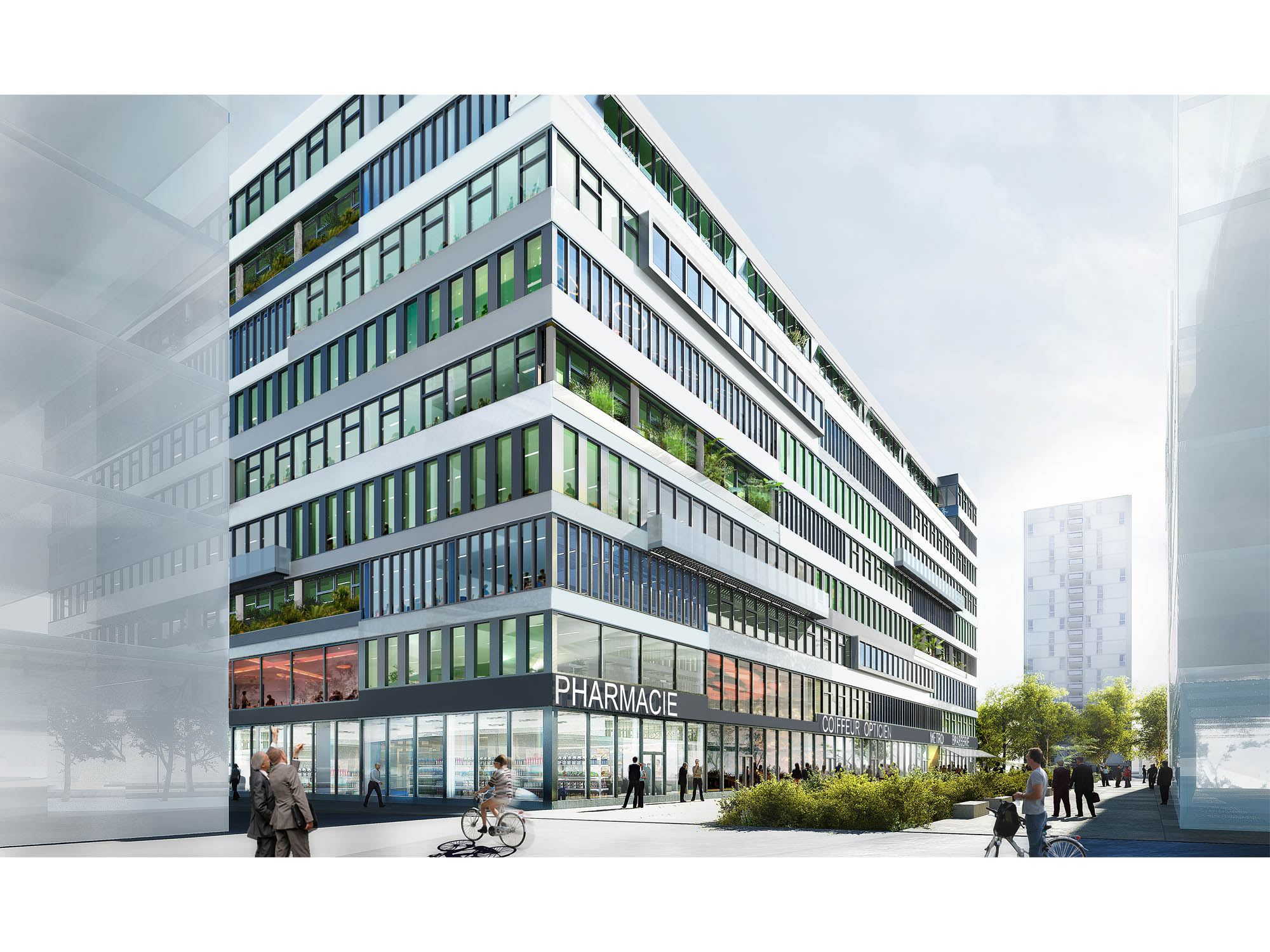 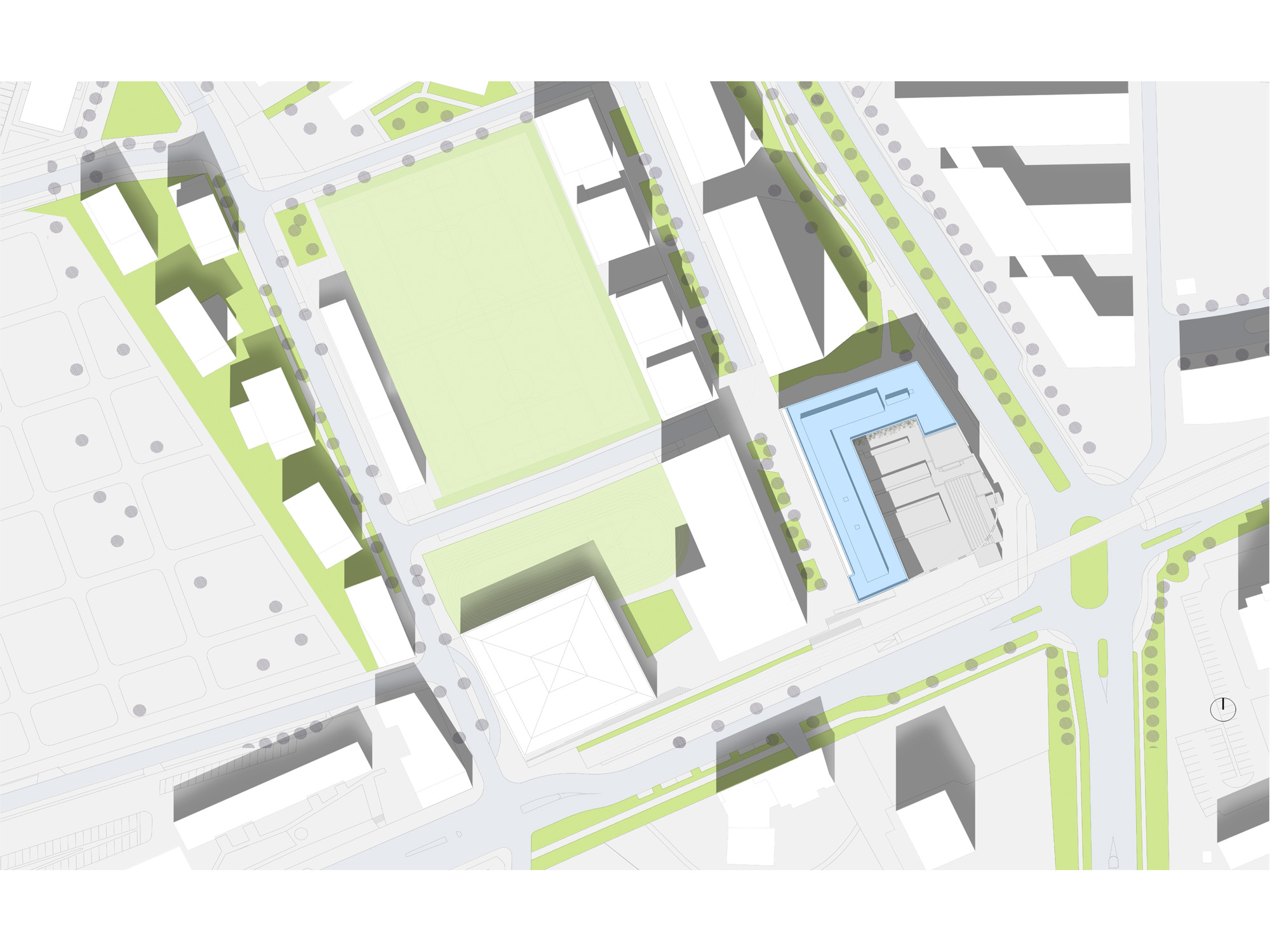 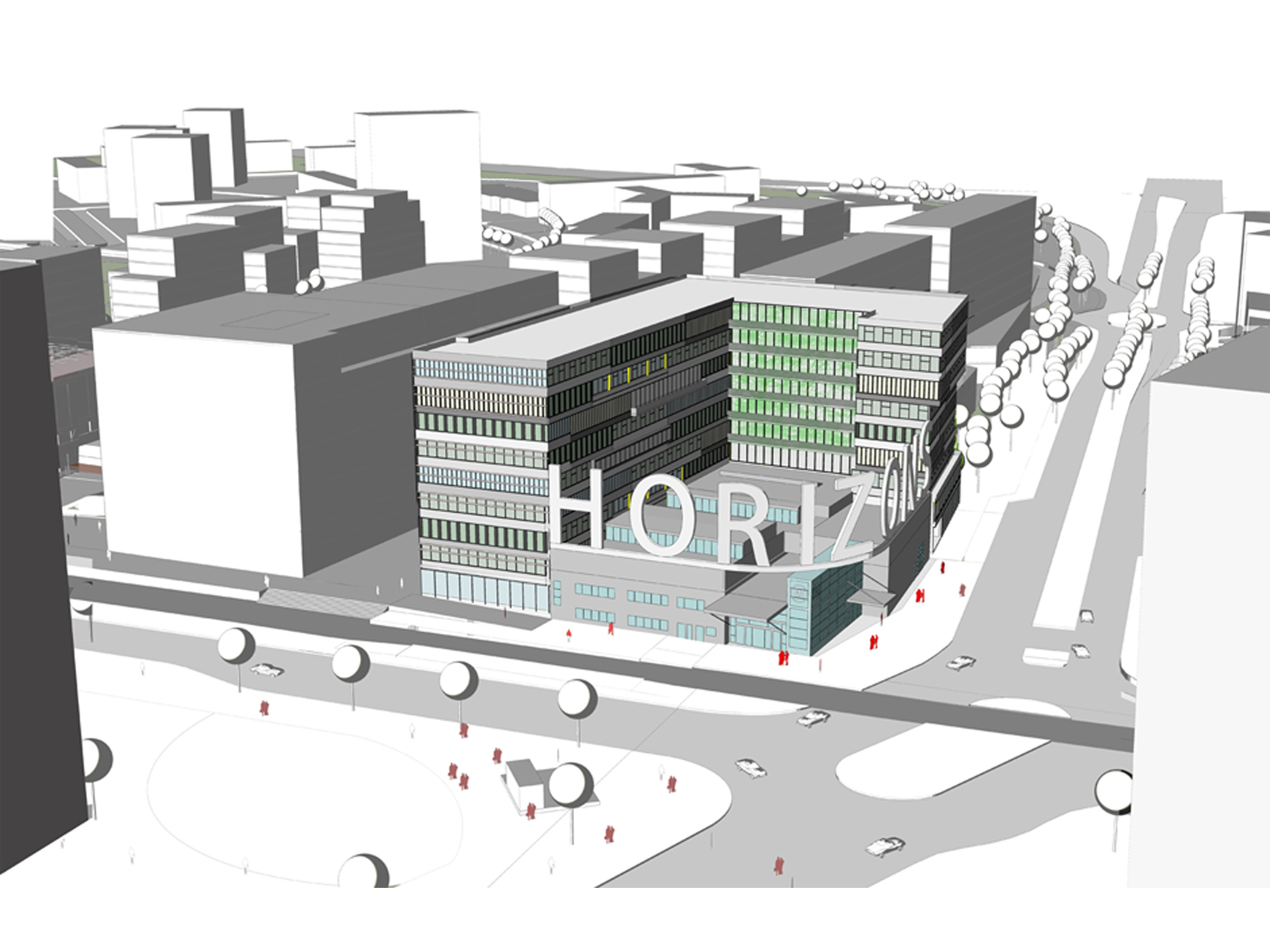 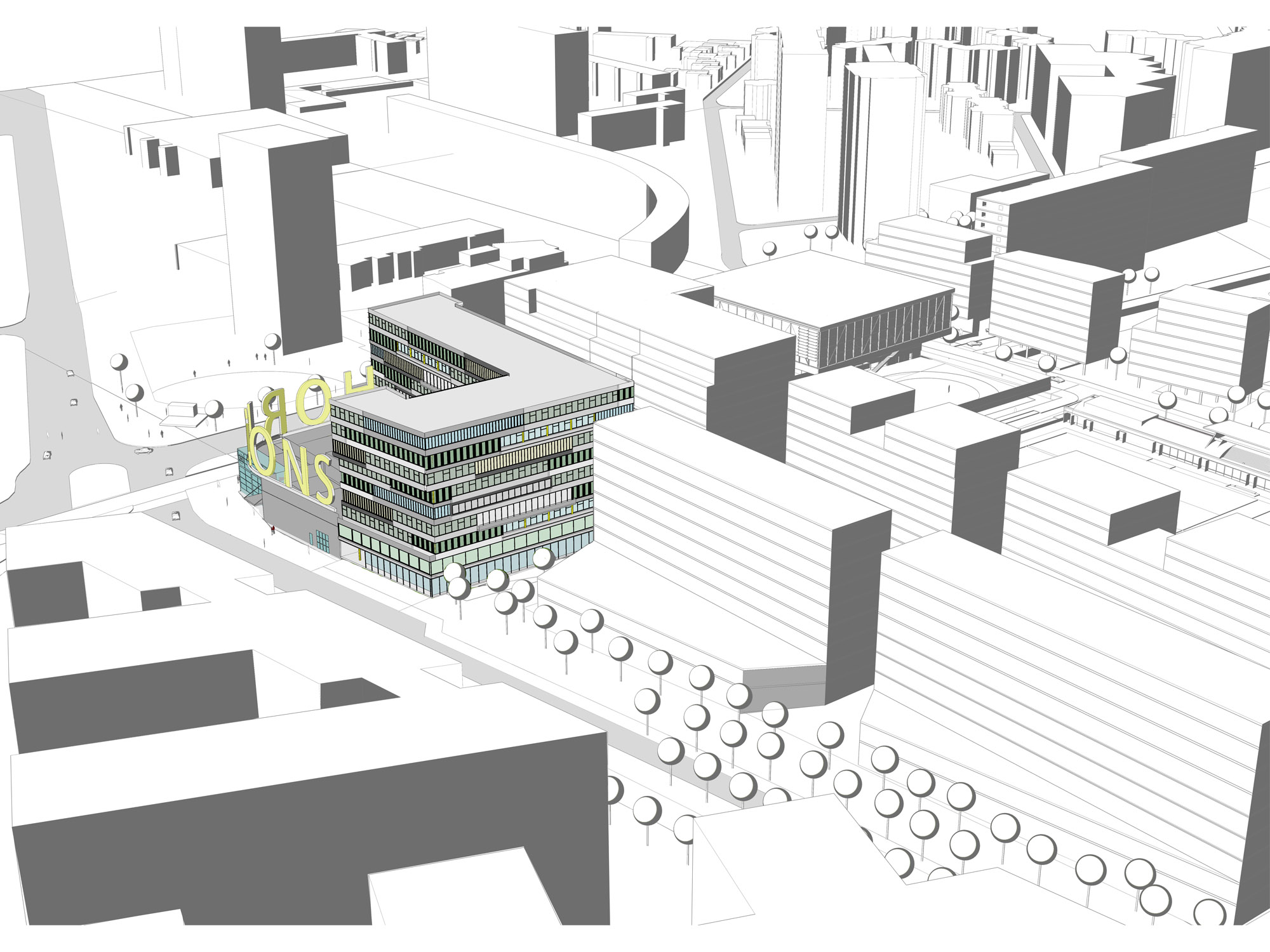 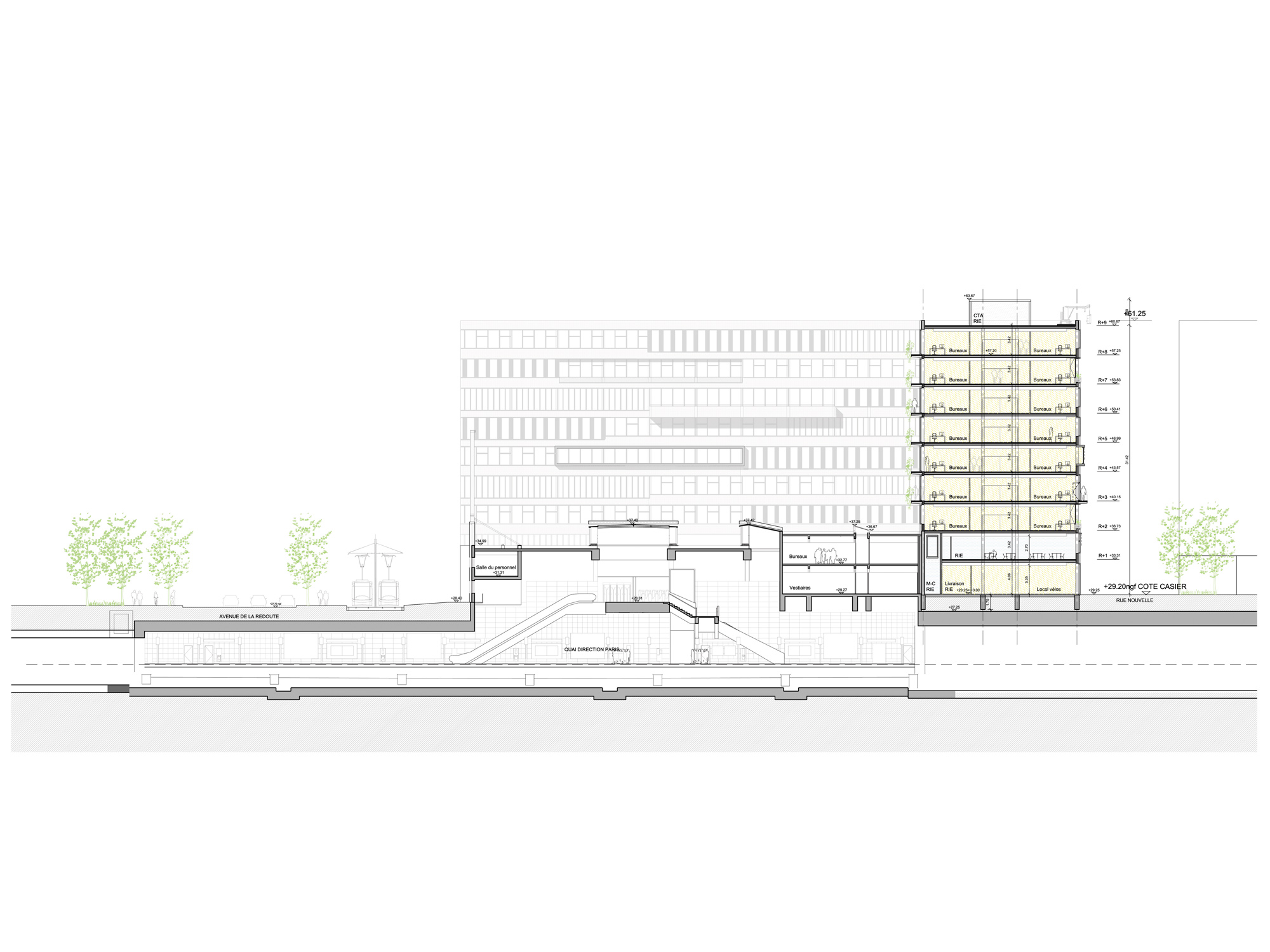 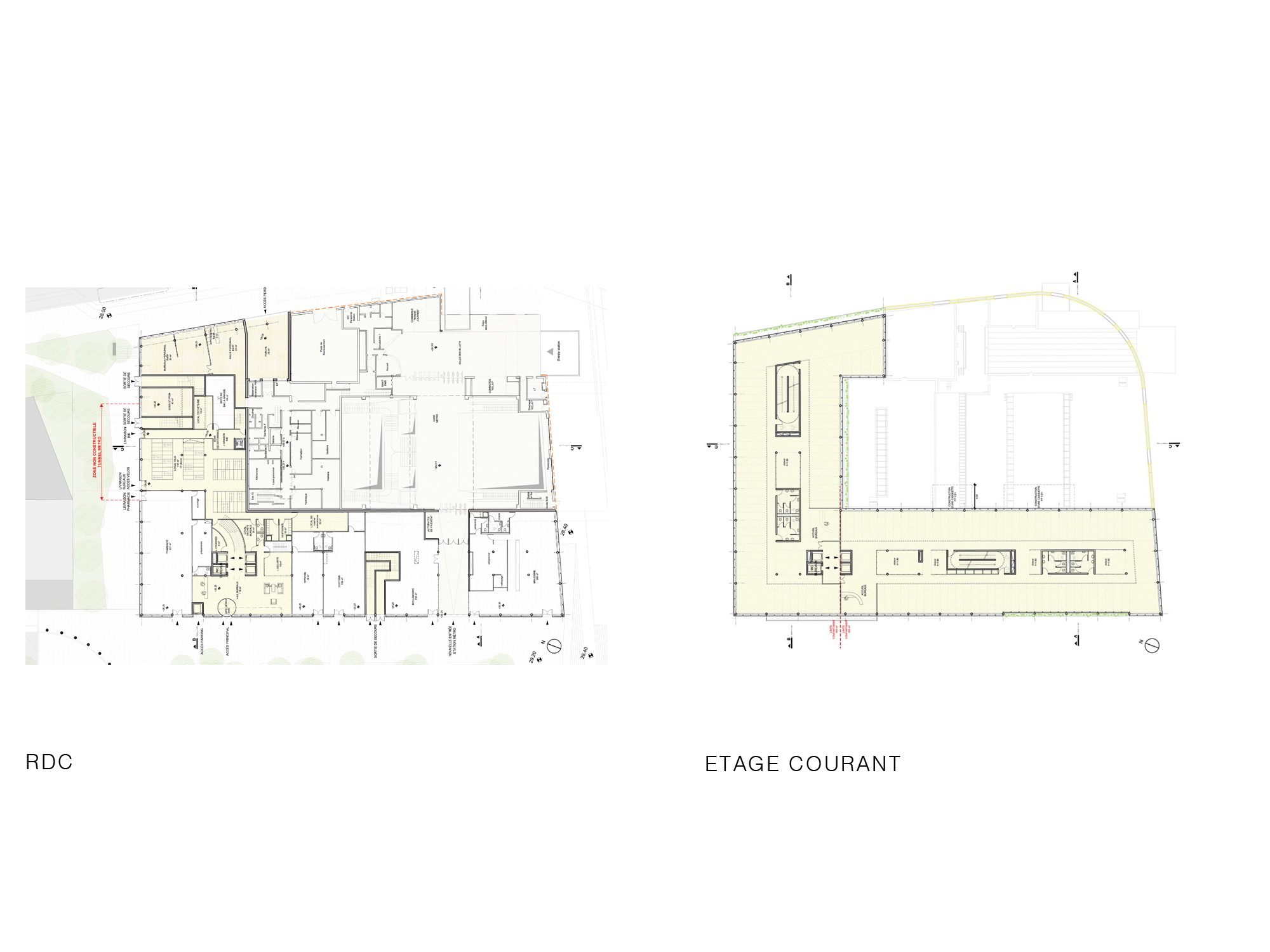 The building stands around a subway station that is not very appealing and that occupy the foreground, next to a major urban intersection. In order to assert its presence in such a context the office building is massive and homogenous. It takes advantage of the maximal authorized height, covers the whole surface of the lot and can be described as a mere superposition of glazed and opaque layers.

The architectural quality of the structure comes from the fact that its massive “normality” is distracted by slight differences in the treatment of the façades. These dissimilarities generate a variety of atmospheres.

The differences are subtle. They are obtained from an assemblage of various sets of aluminum profiles and different shades of glazing. The façade grid of 1.35m stays the same. However, all along its length, the façade plane keeps changing due to slight overhangs and setbacks.

Since it is impossible to build on top of the subway station in order to improve its relation to the city, we install a monumental word on top of it. The word is a foreground façade for the building. It stands in front of the intersection and prevails over the metro station. A word is the opposite of a construction. Its mass is small in comparison, but its presence is great, even if its sense is elusive.