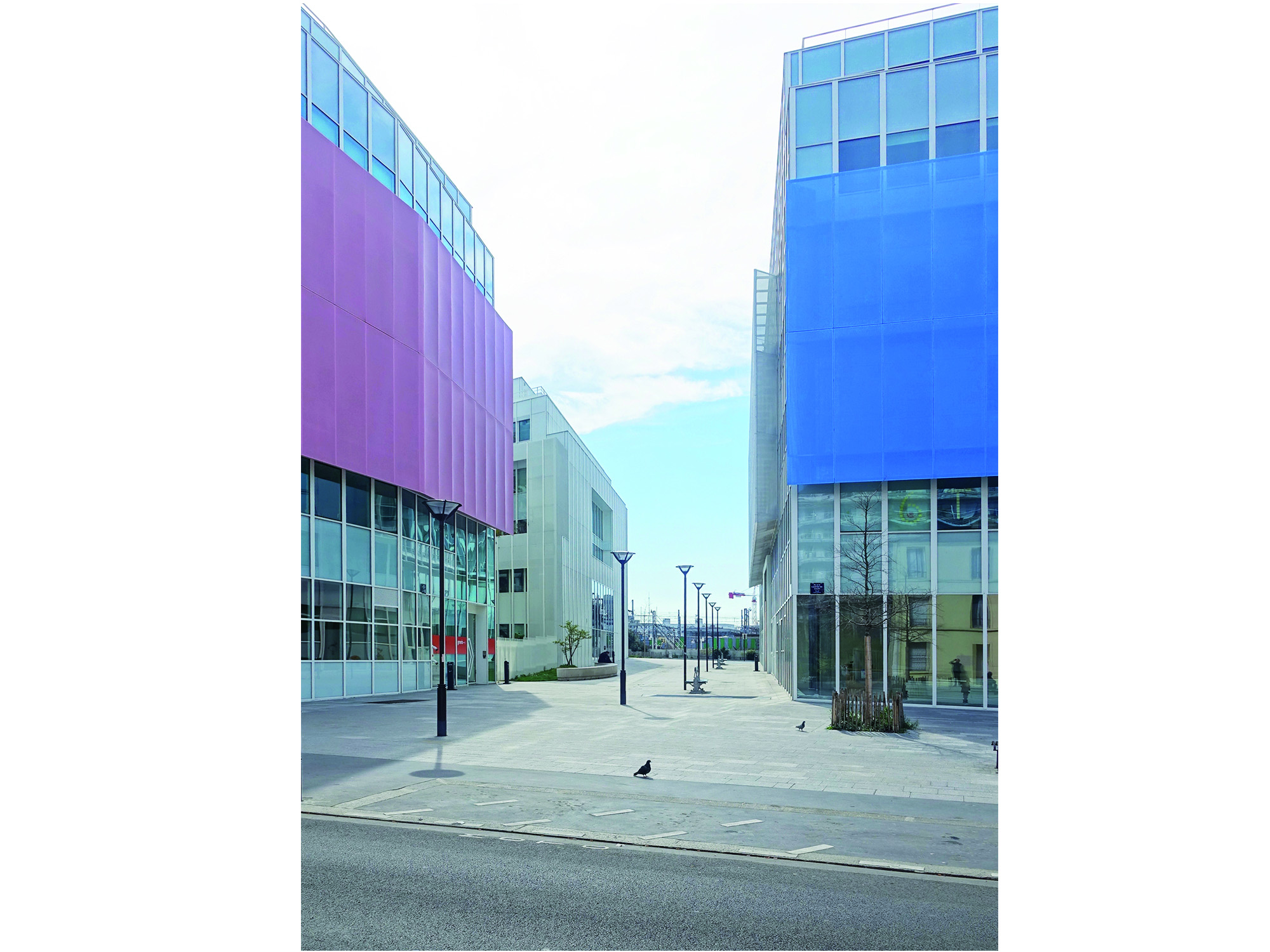 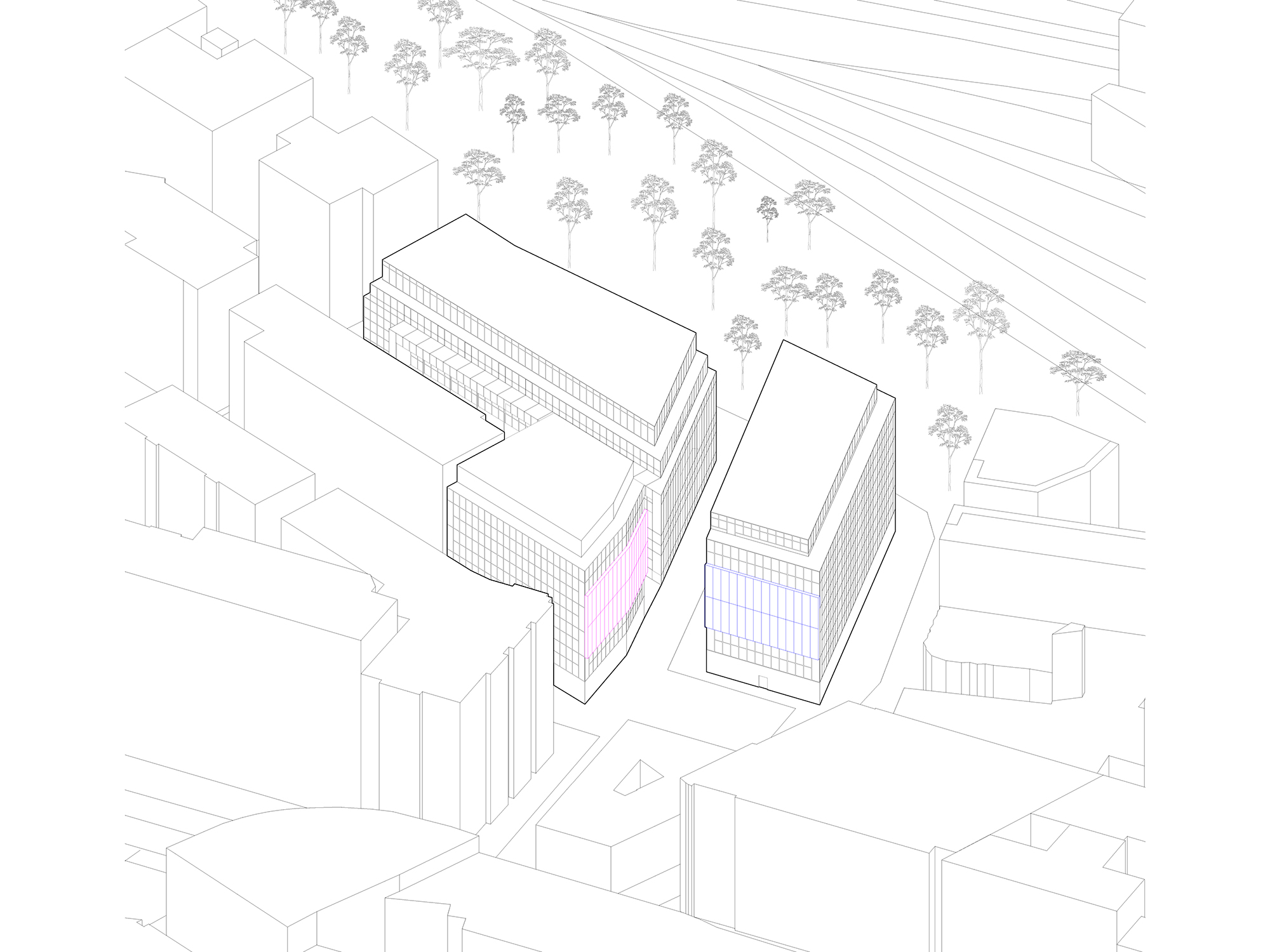 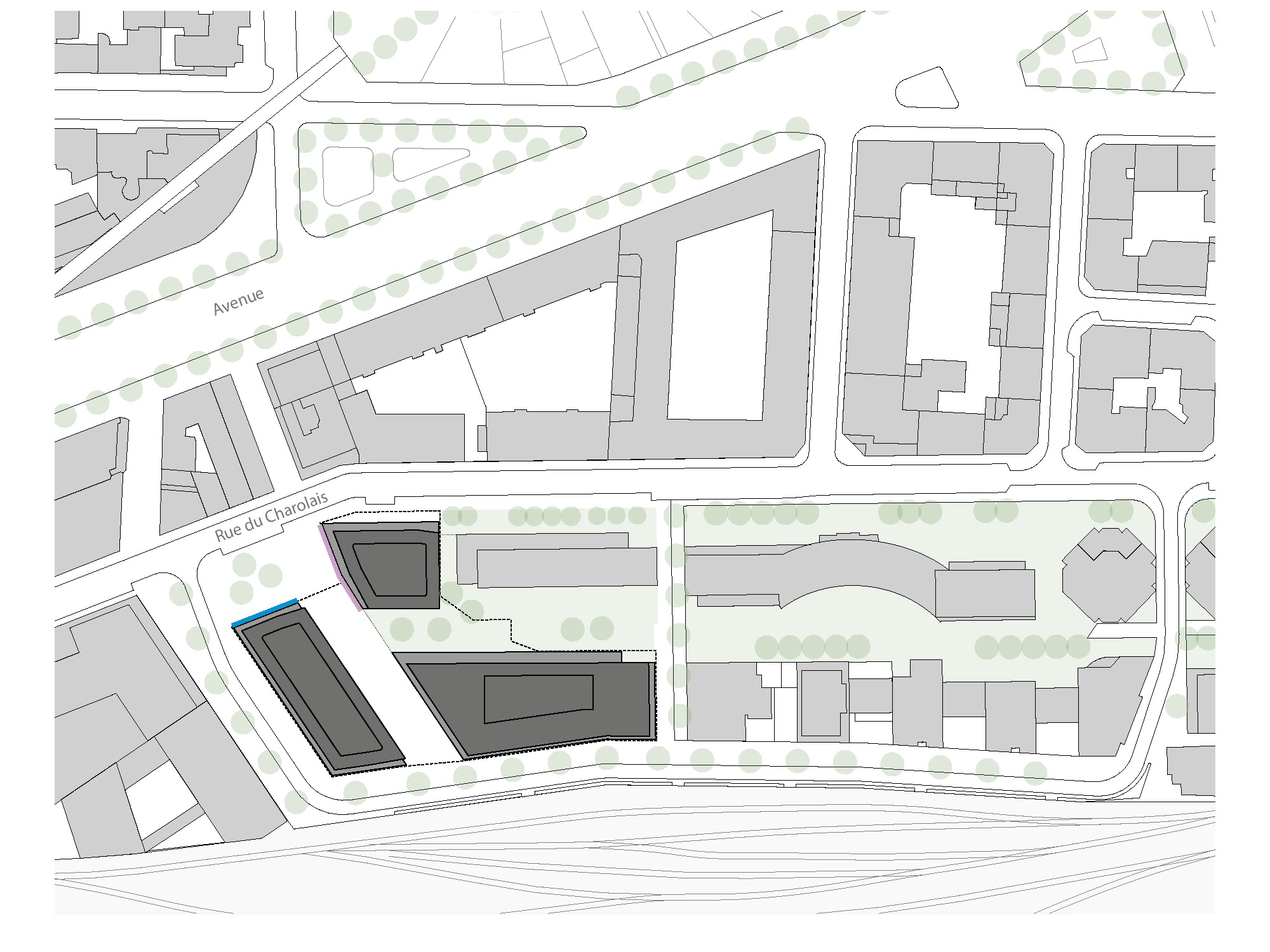 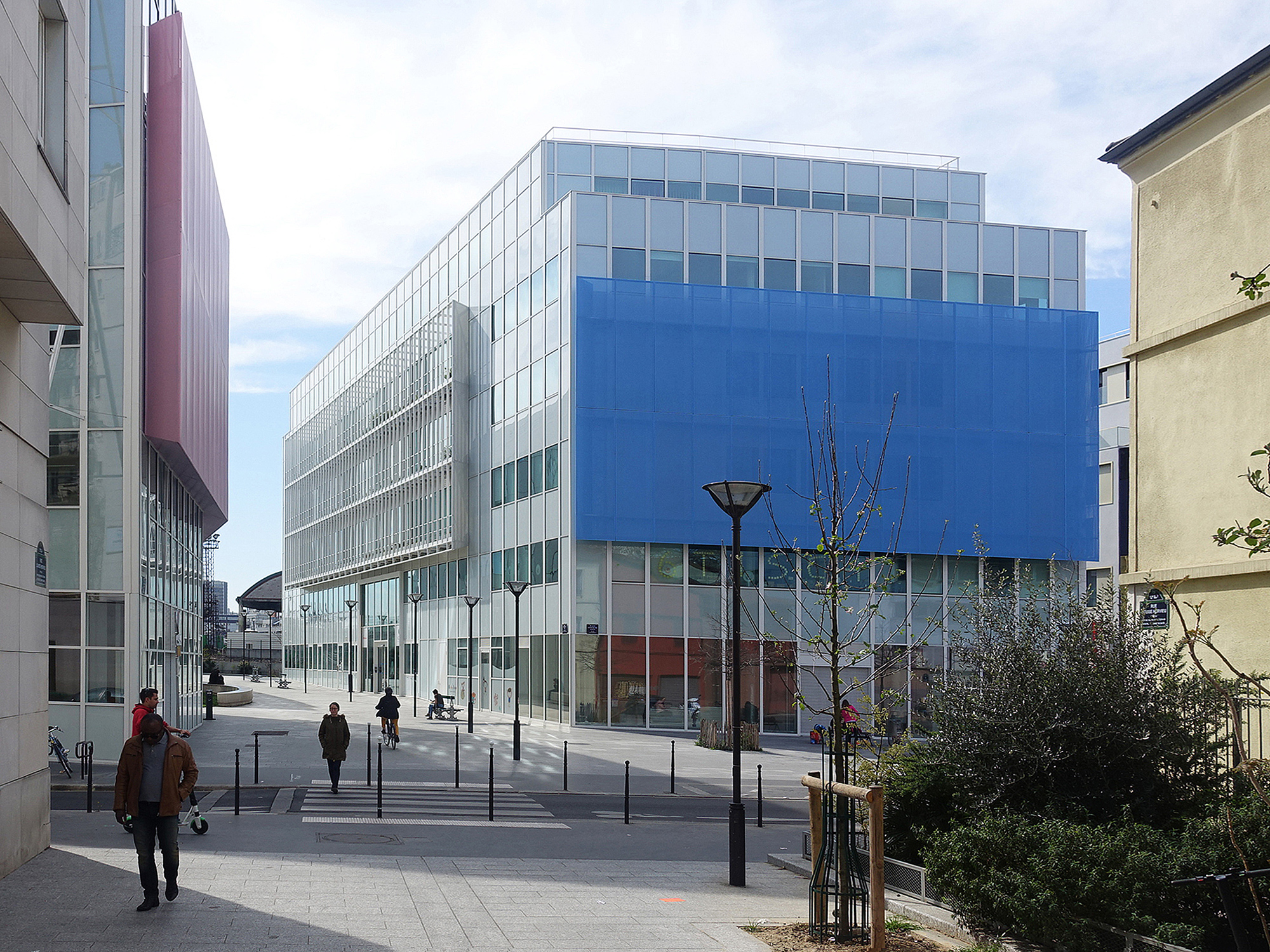 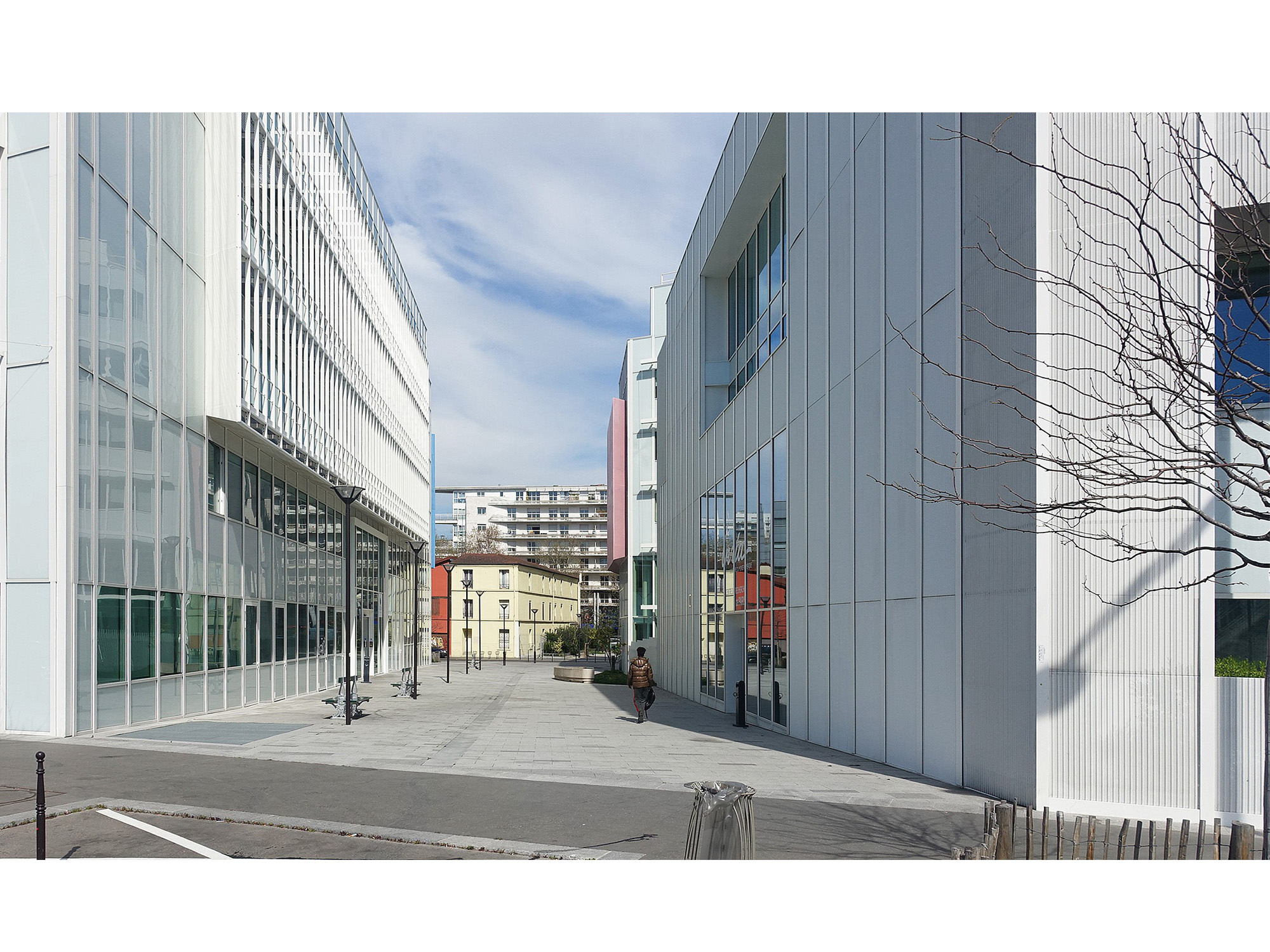 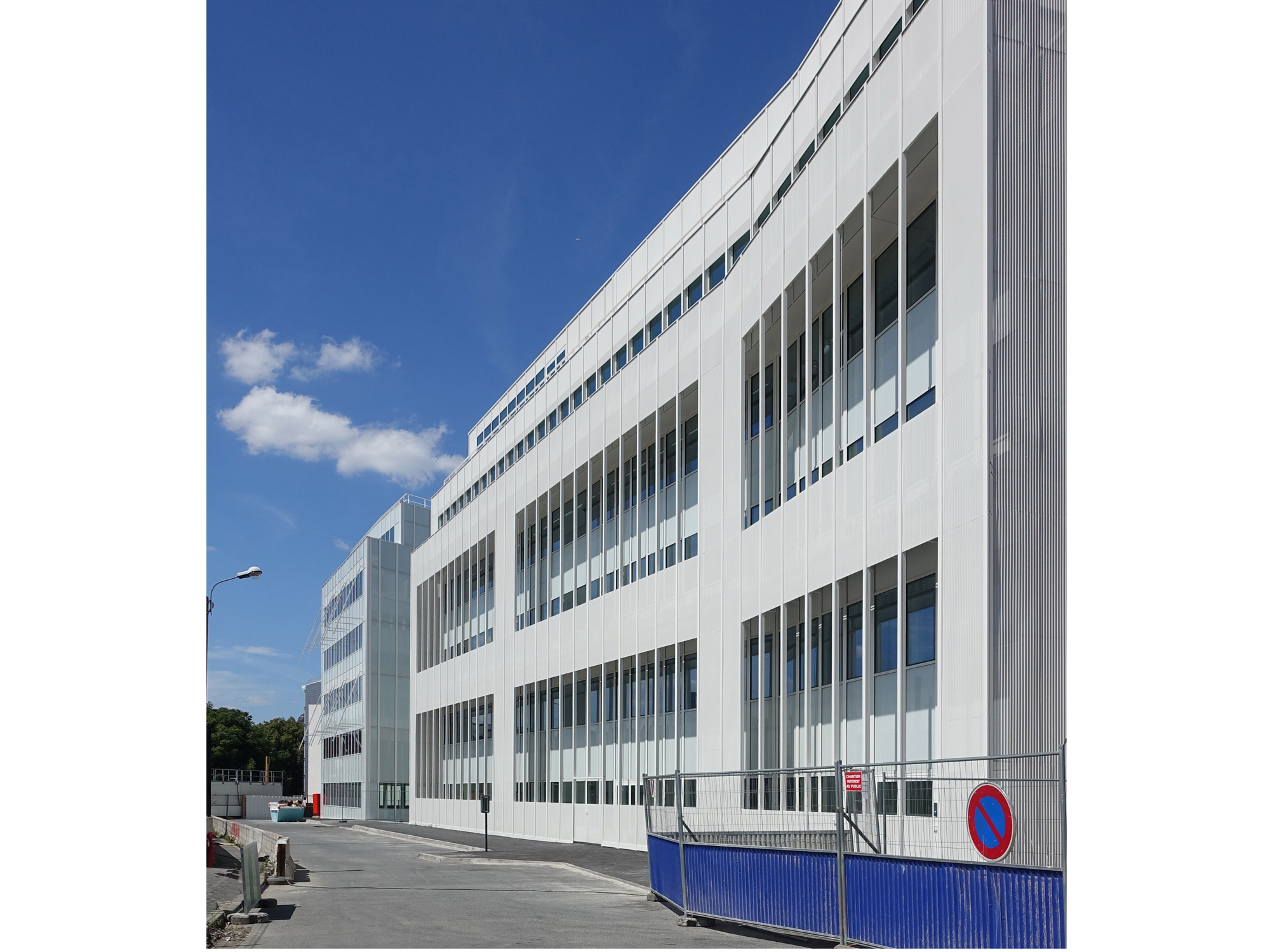 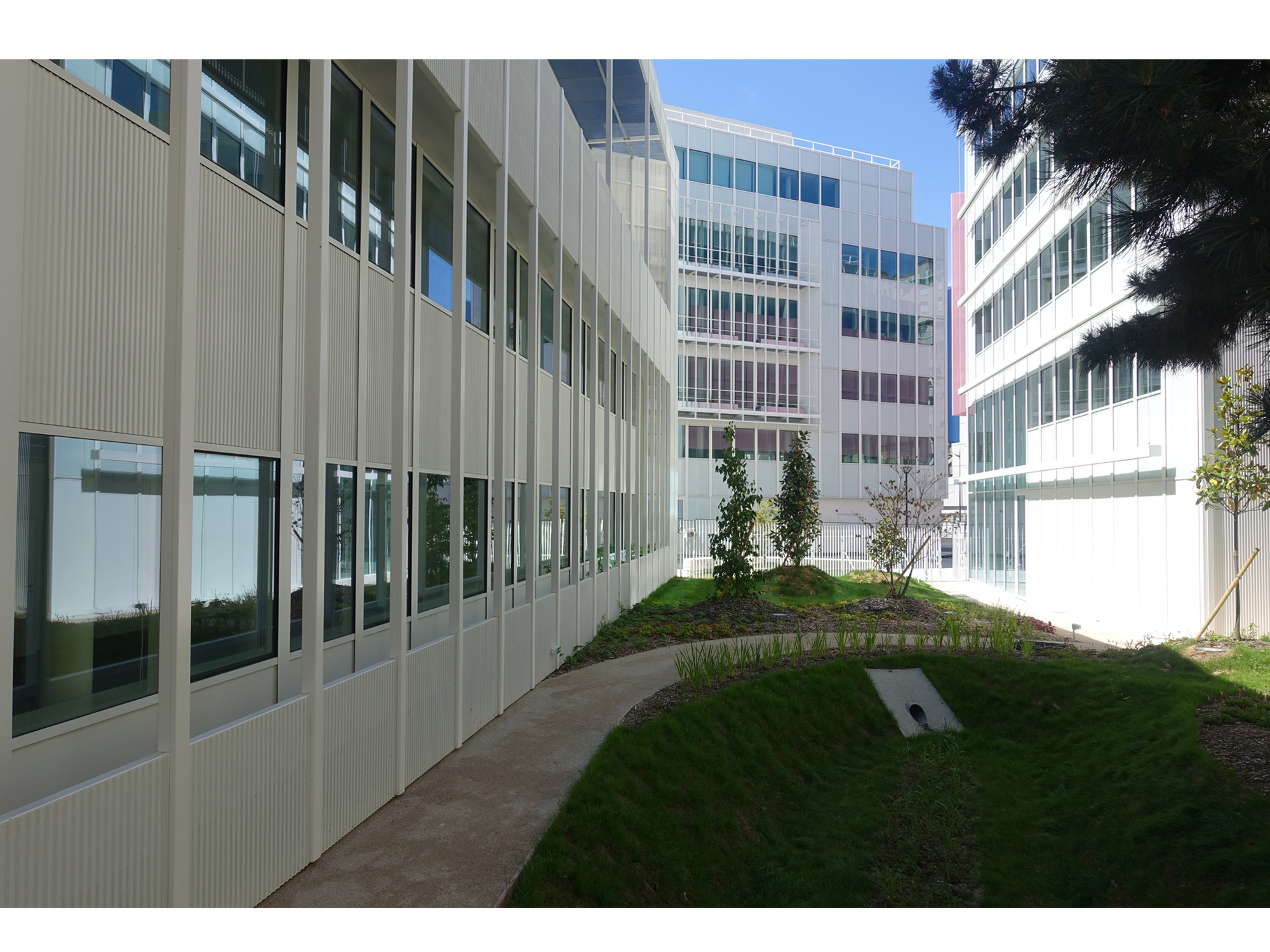 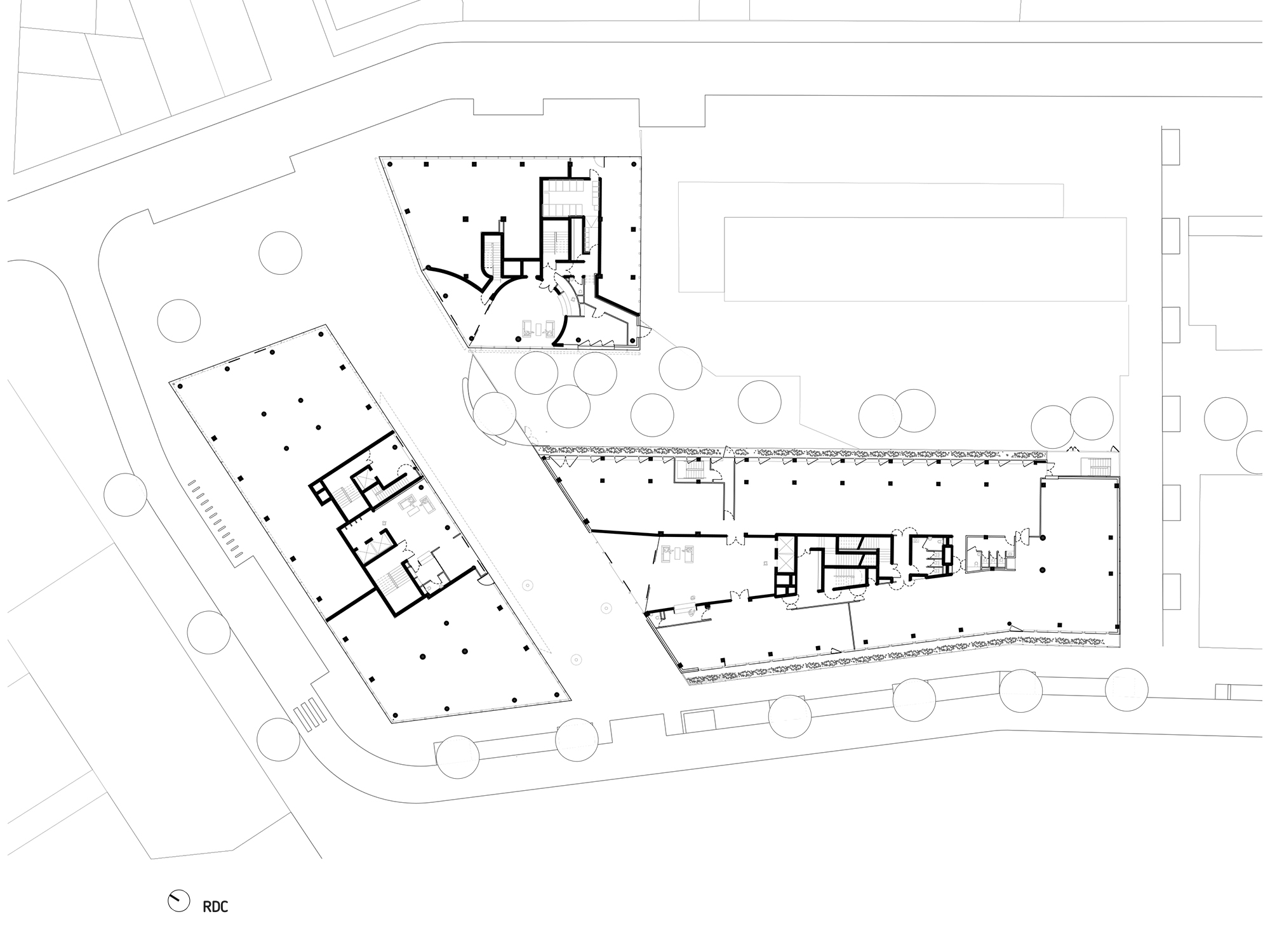 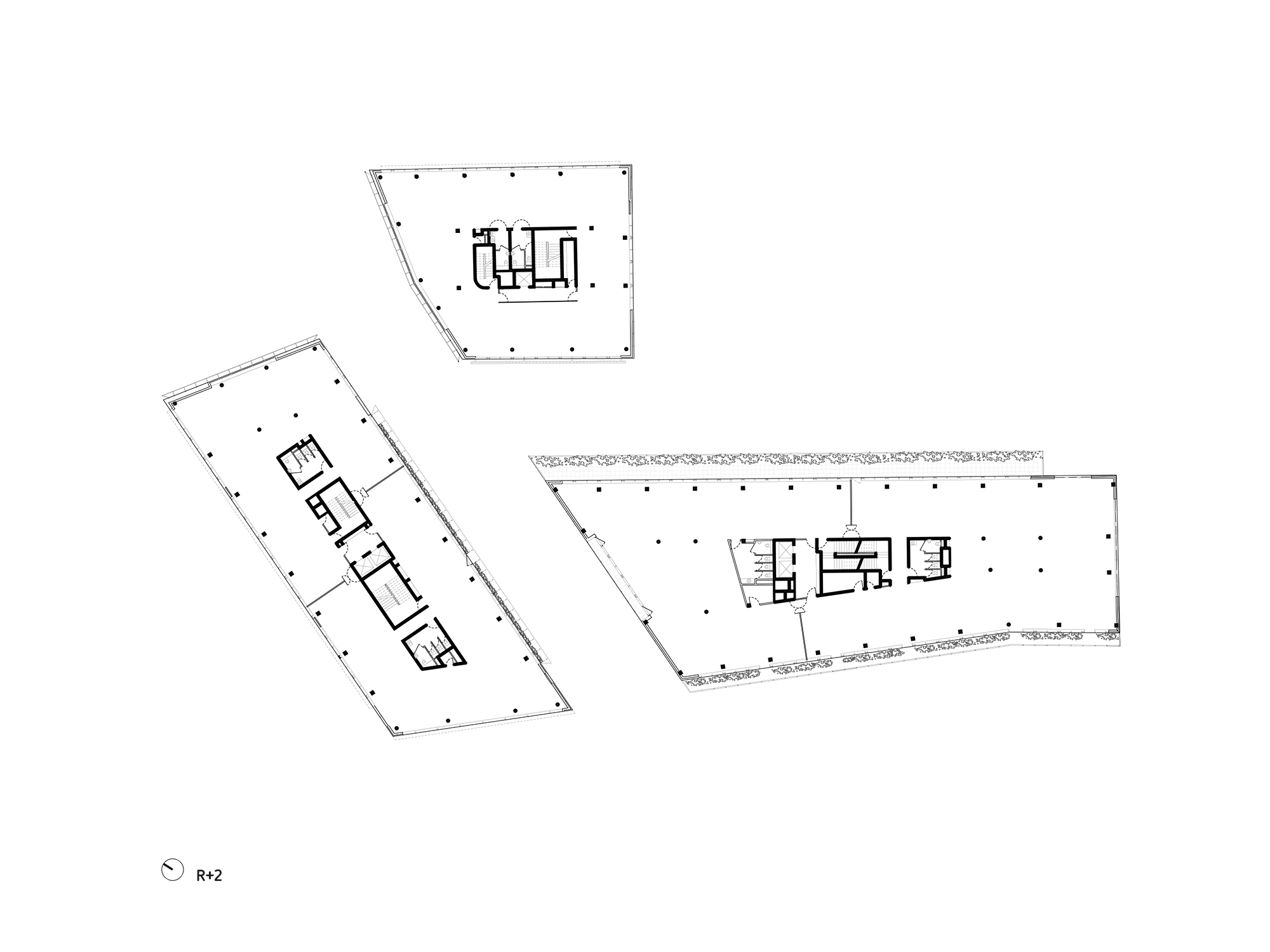 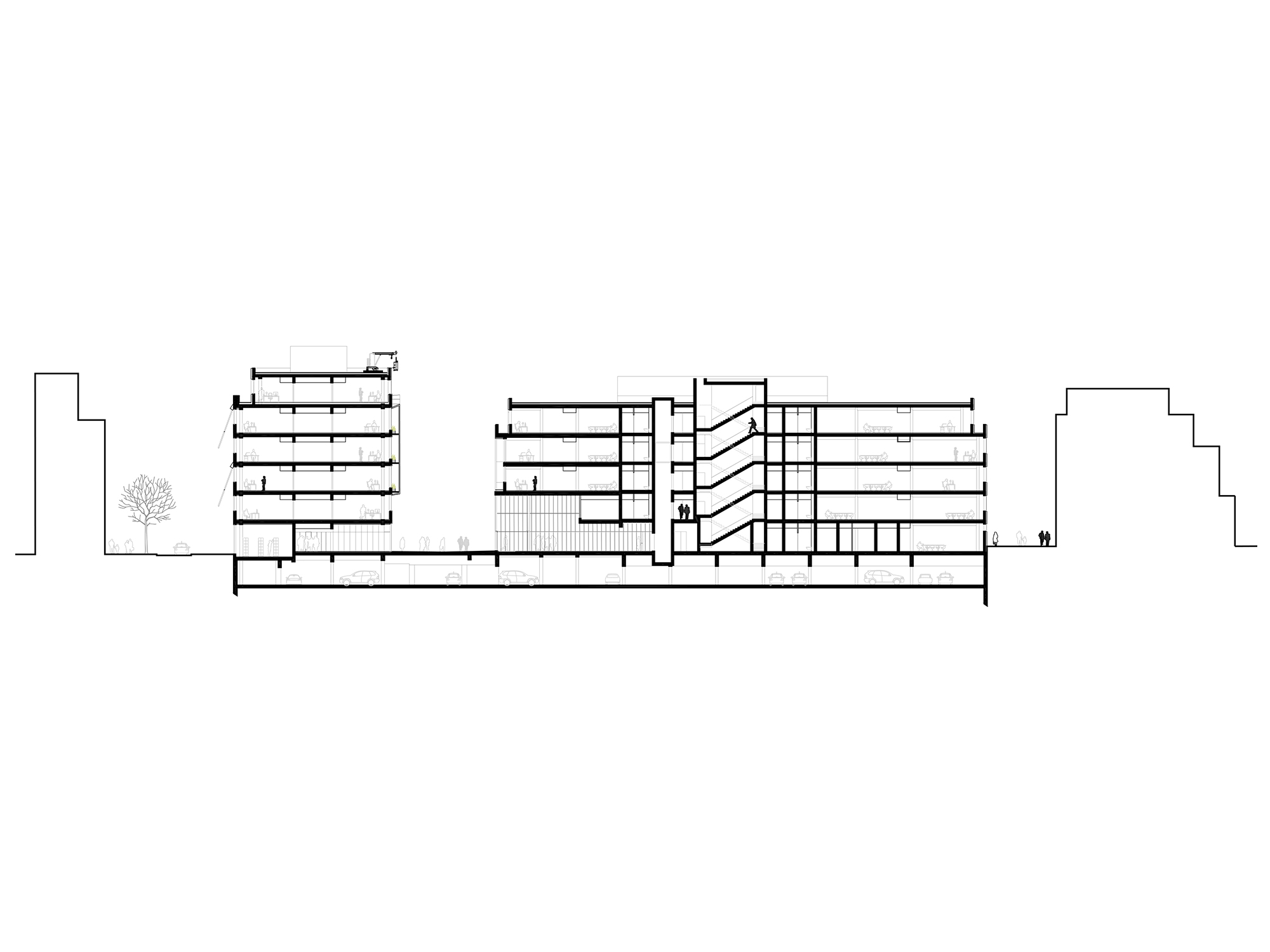 The 13,500m² office program is divided into three buildings - two of which frame a small square - and together the three line a street and a pedestrian street.

Beyond meeting the rational demands of office space, the architectural work consists in creating a small quality urban area. Each facade creates conditions which enrich the urban experience. The size of the buildings refers to the scale of the city and exceeds the common framework of office facades. Thus, urban events are created : the colored panels indicate and showcase the little square ; the large awnings liven up the street and the trees planted along the facades lining the inside garden establish a landscaped continuity between the ground and the floors.

Each in its own way, these three buildings communicate with the city’s public space and also form a whole. Starting from a variation on a theme _ the regularly gridded façade typical of office buildings - they introduce the idea of a common game and create a singular place.