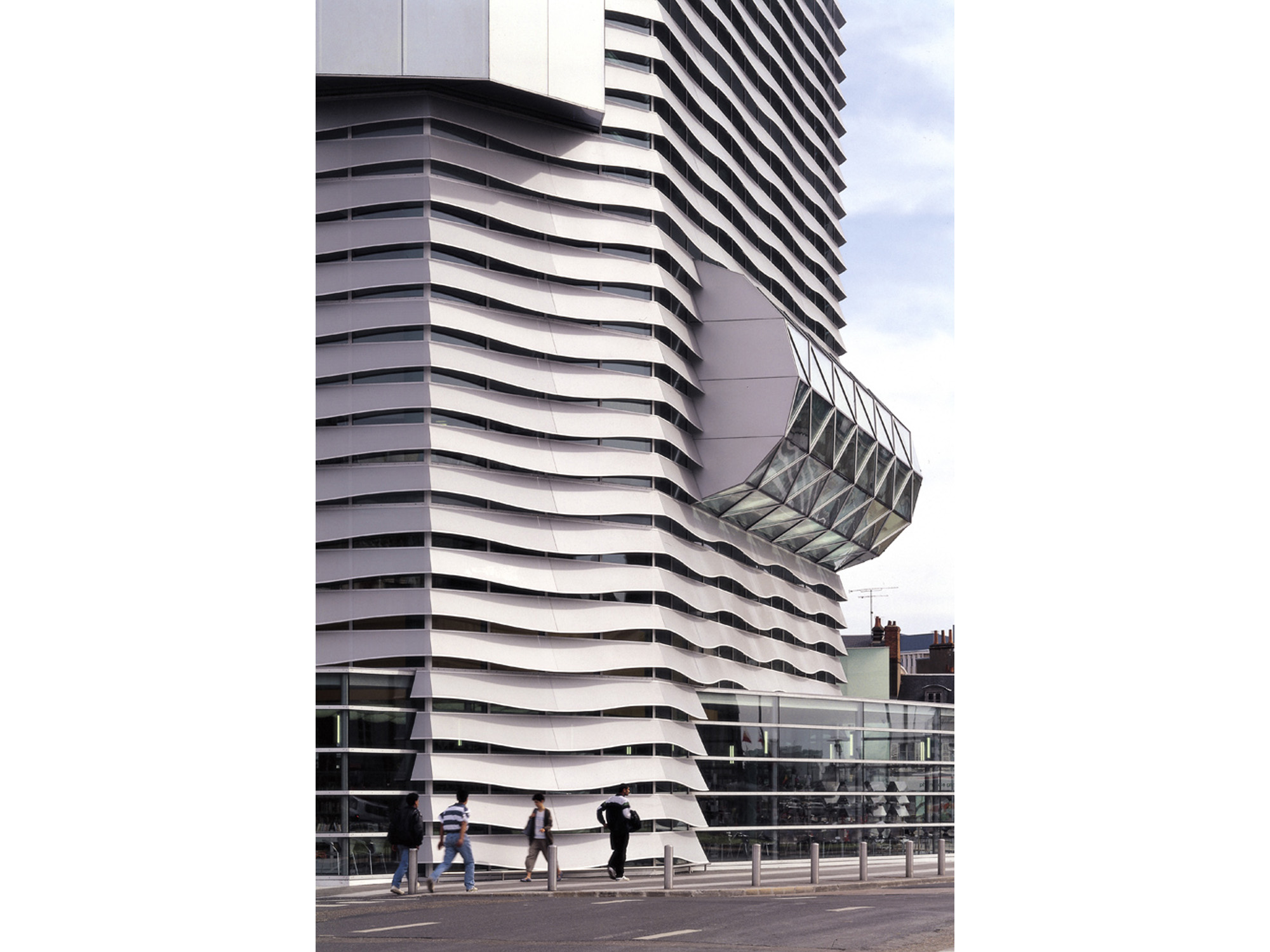 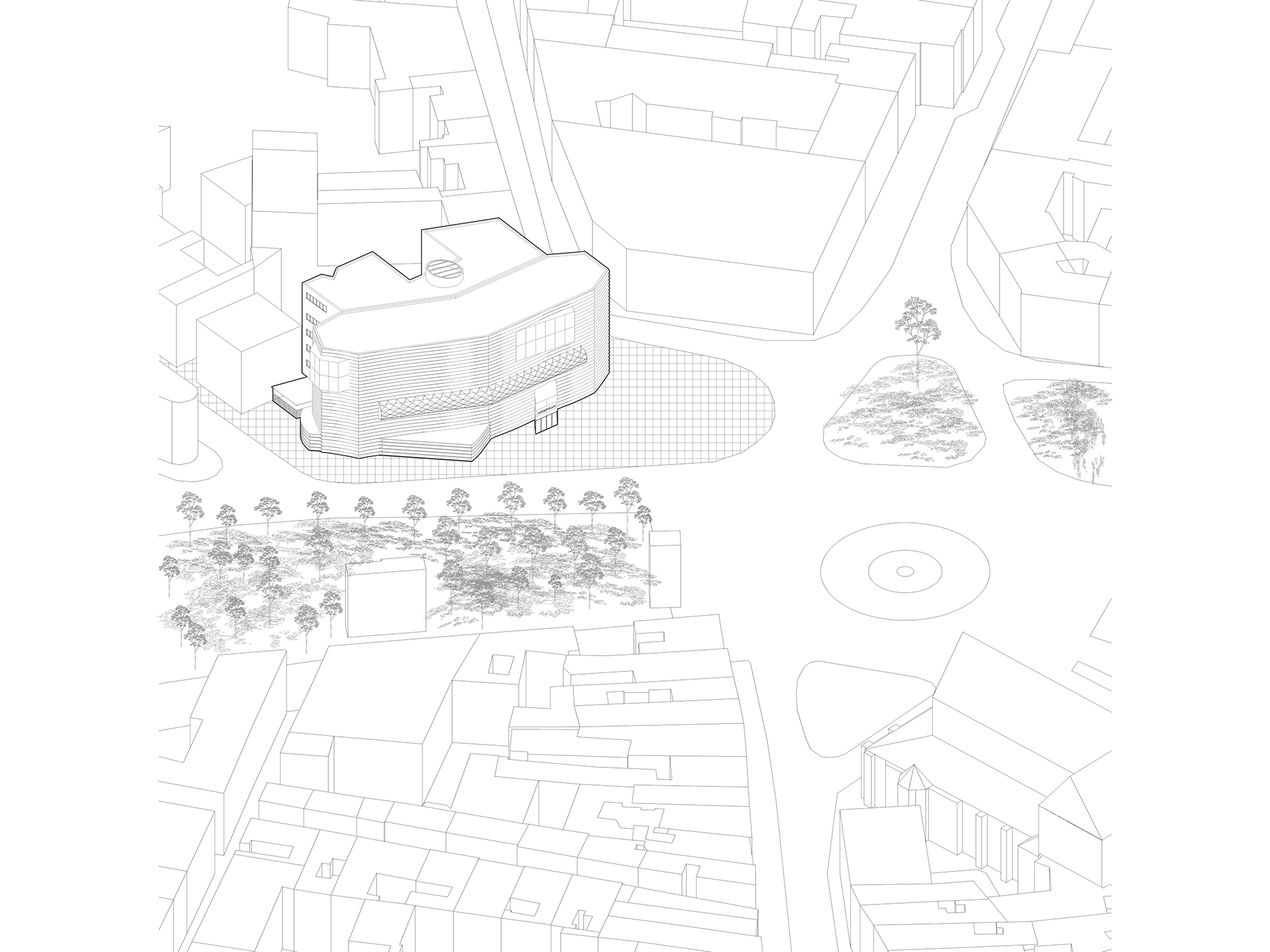 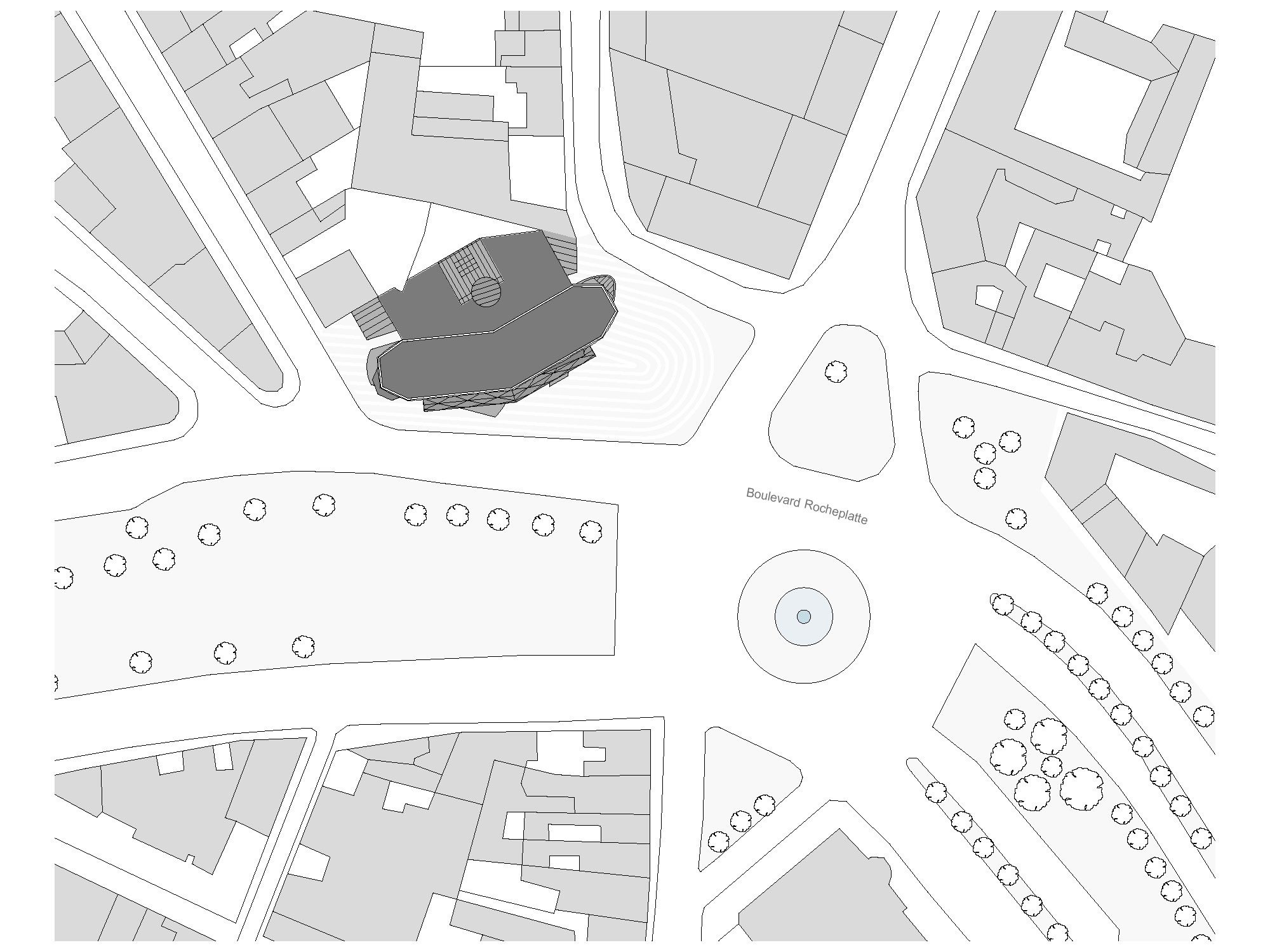 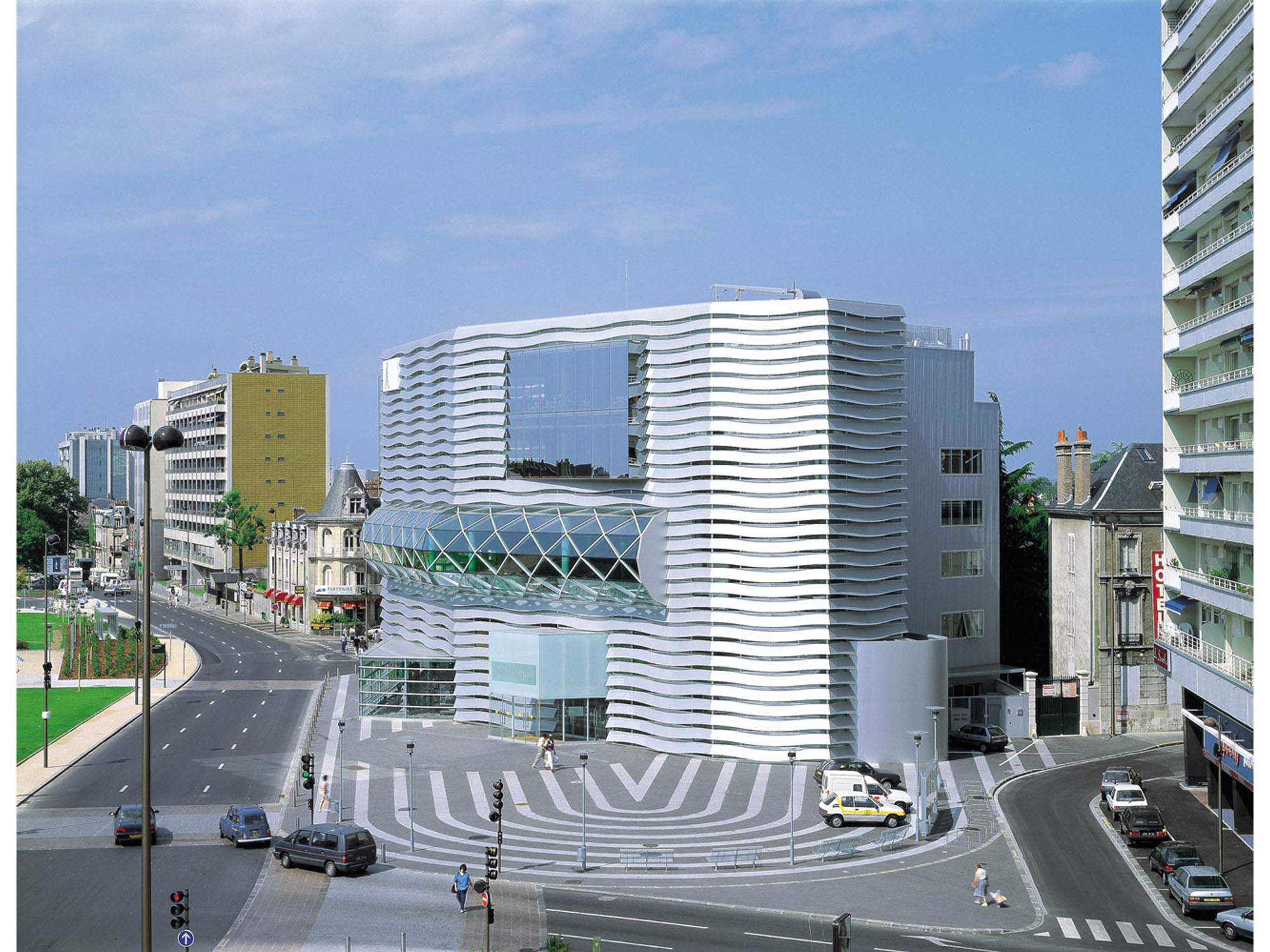 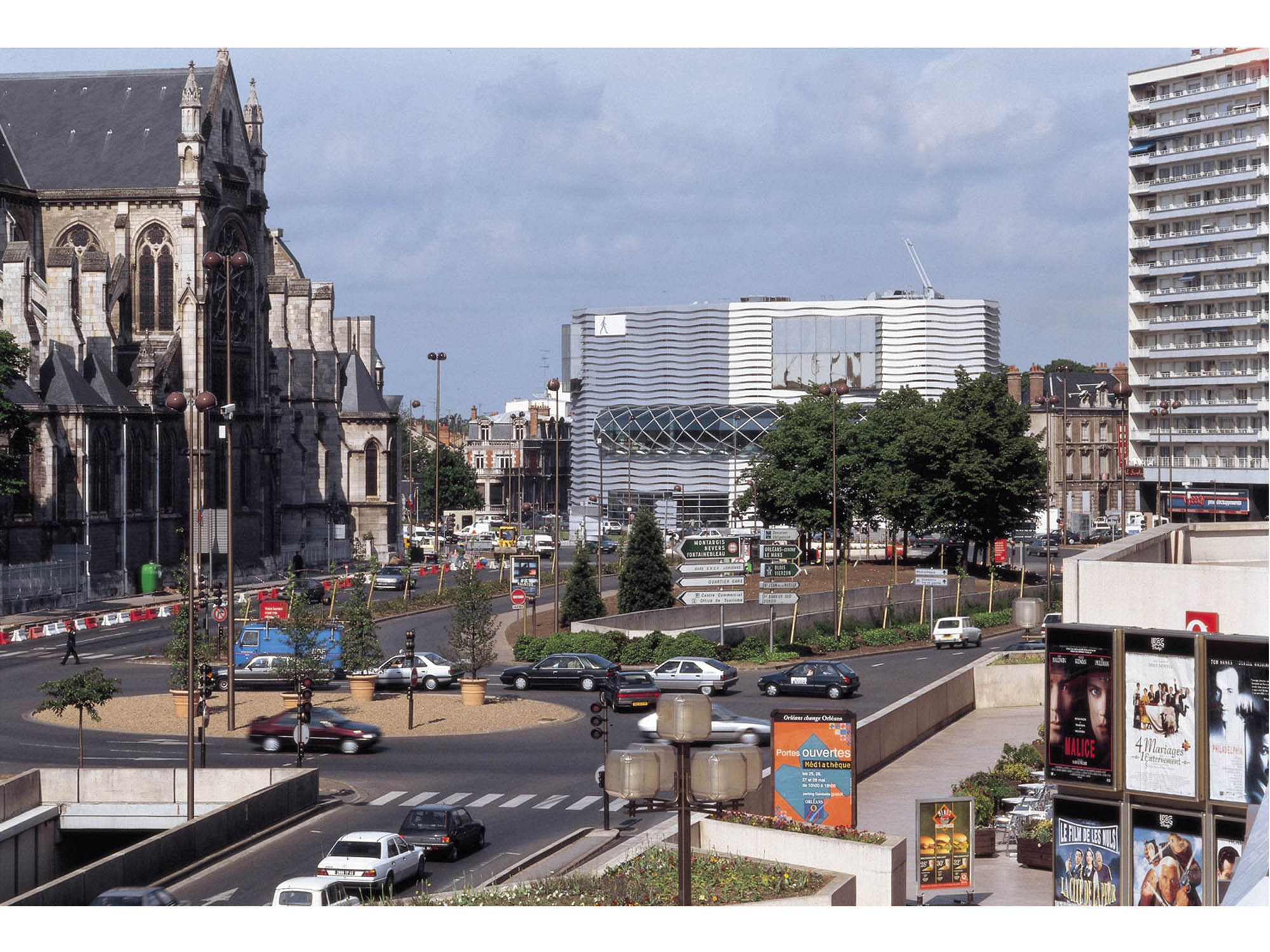 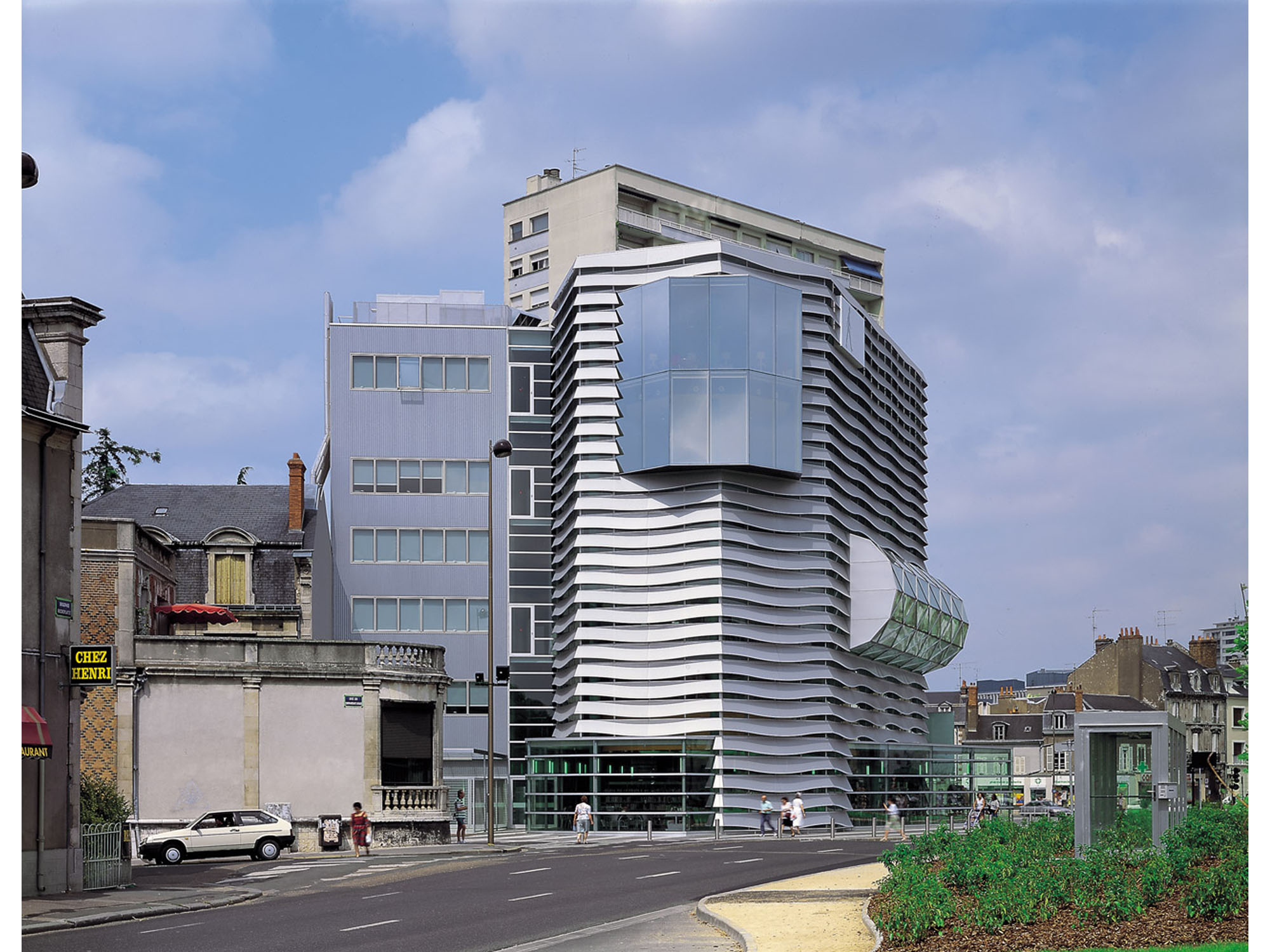 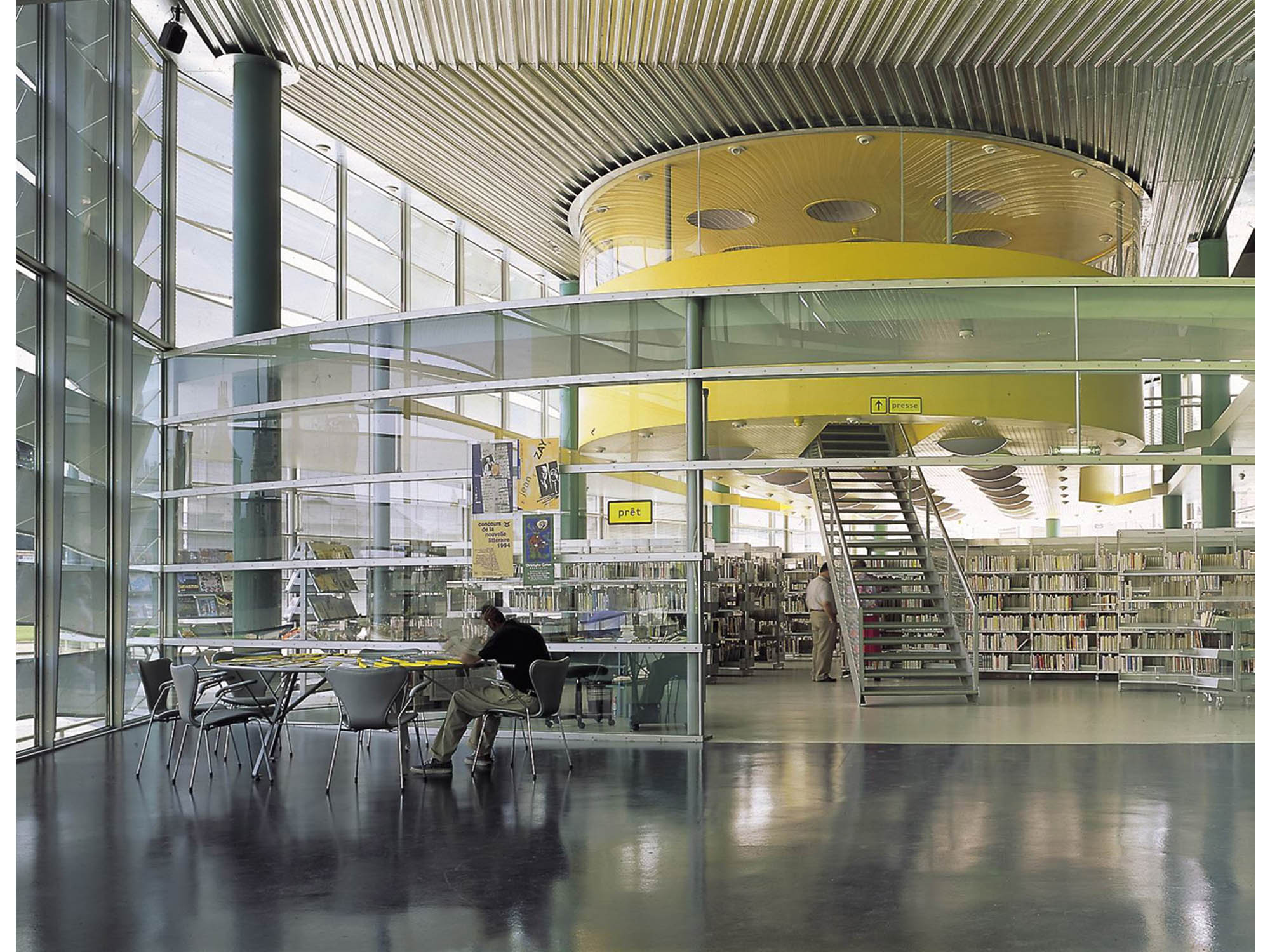 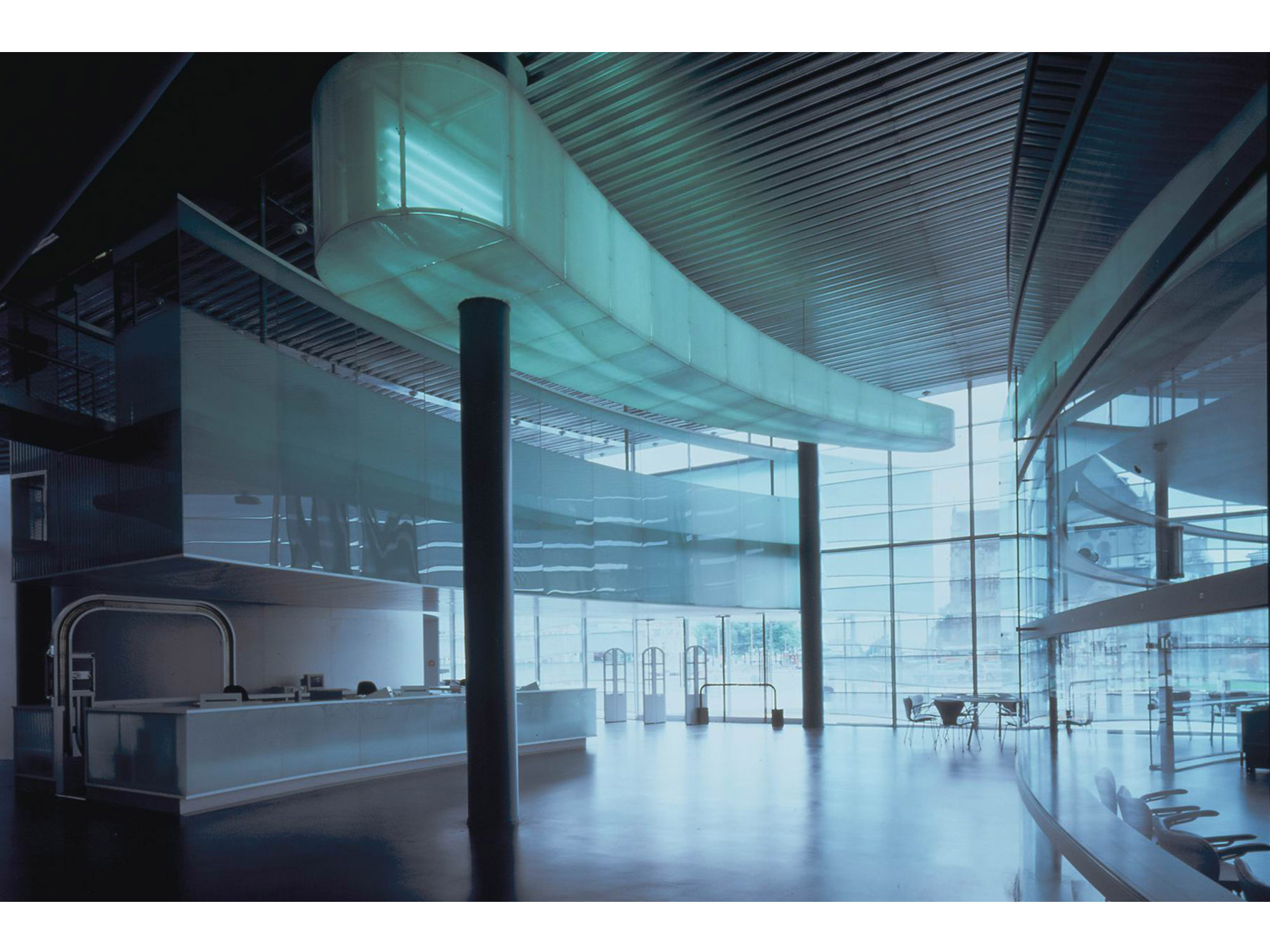 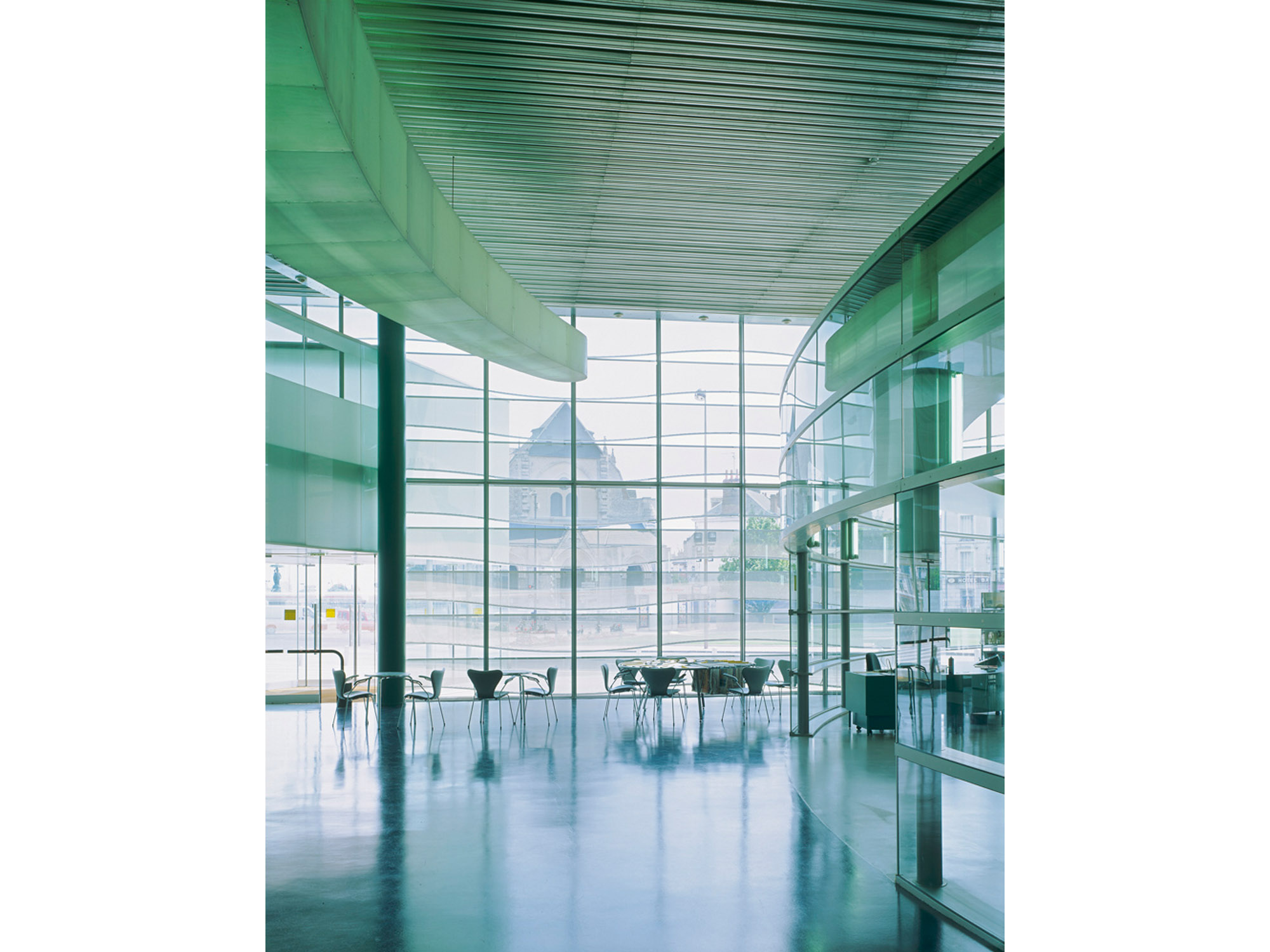 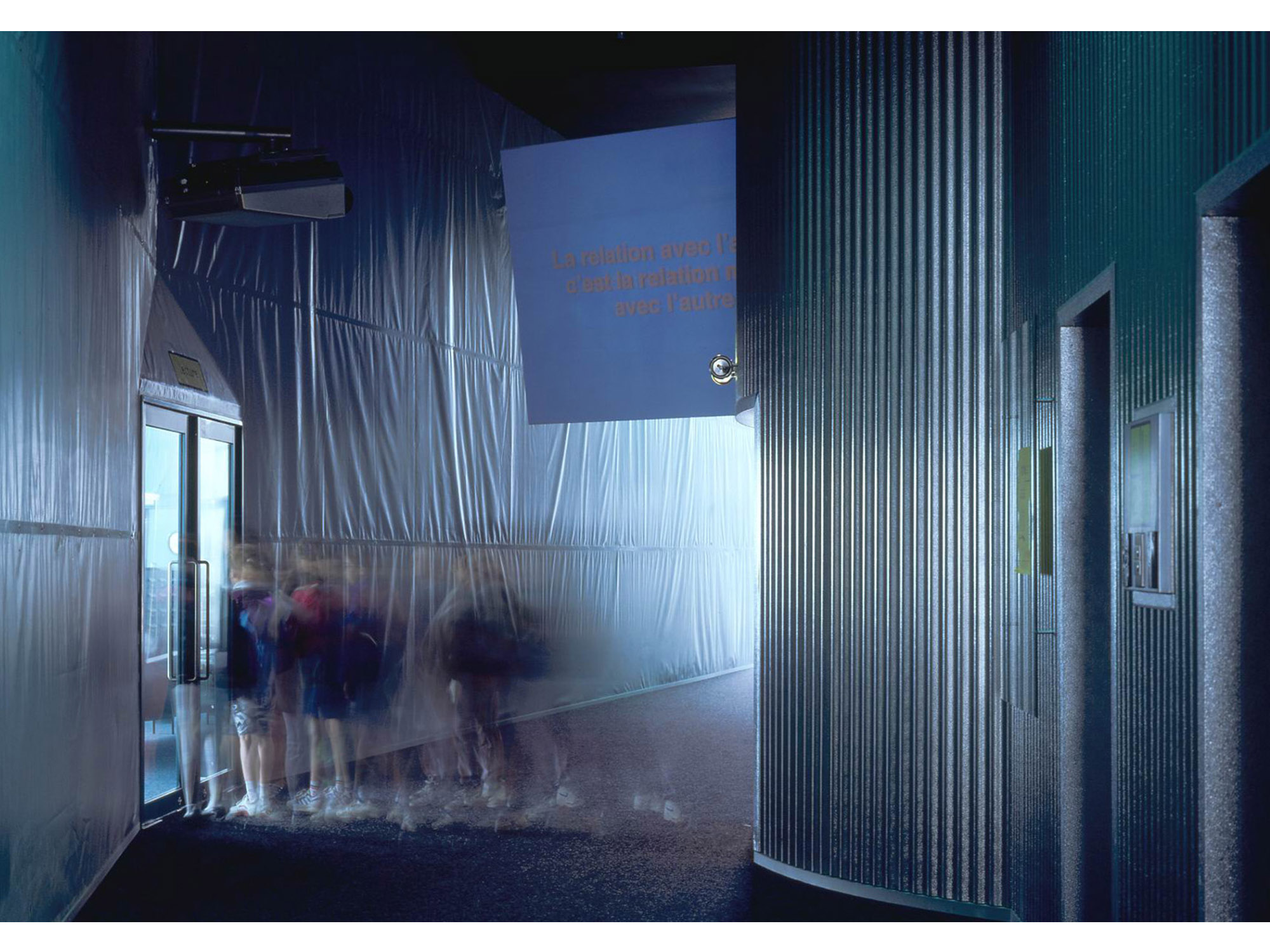 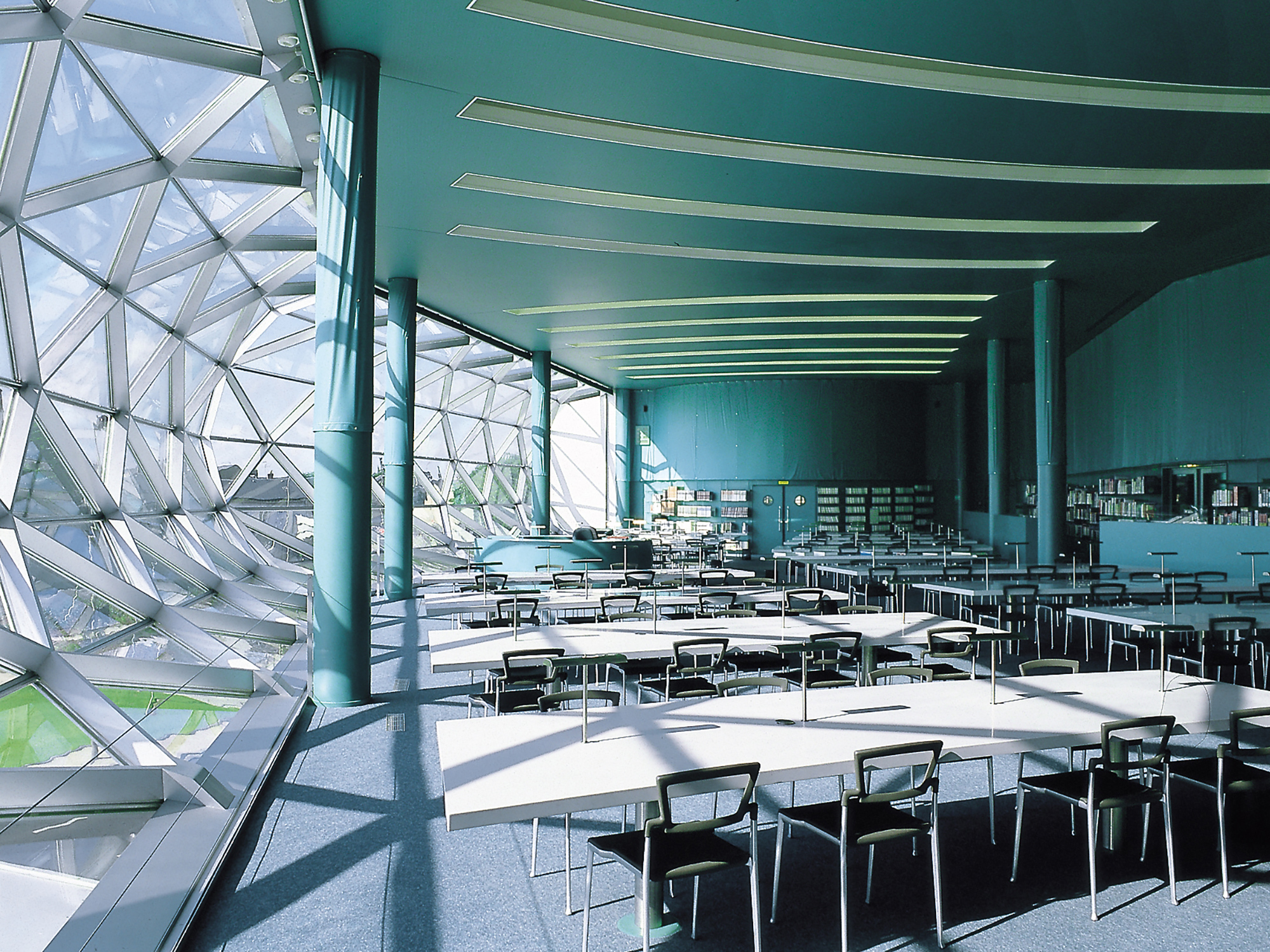 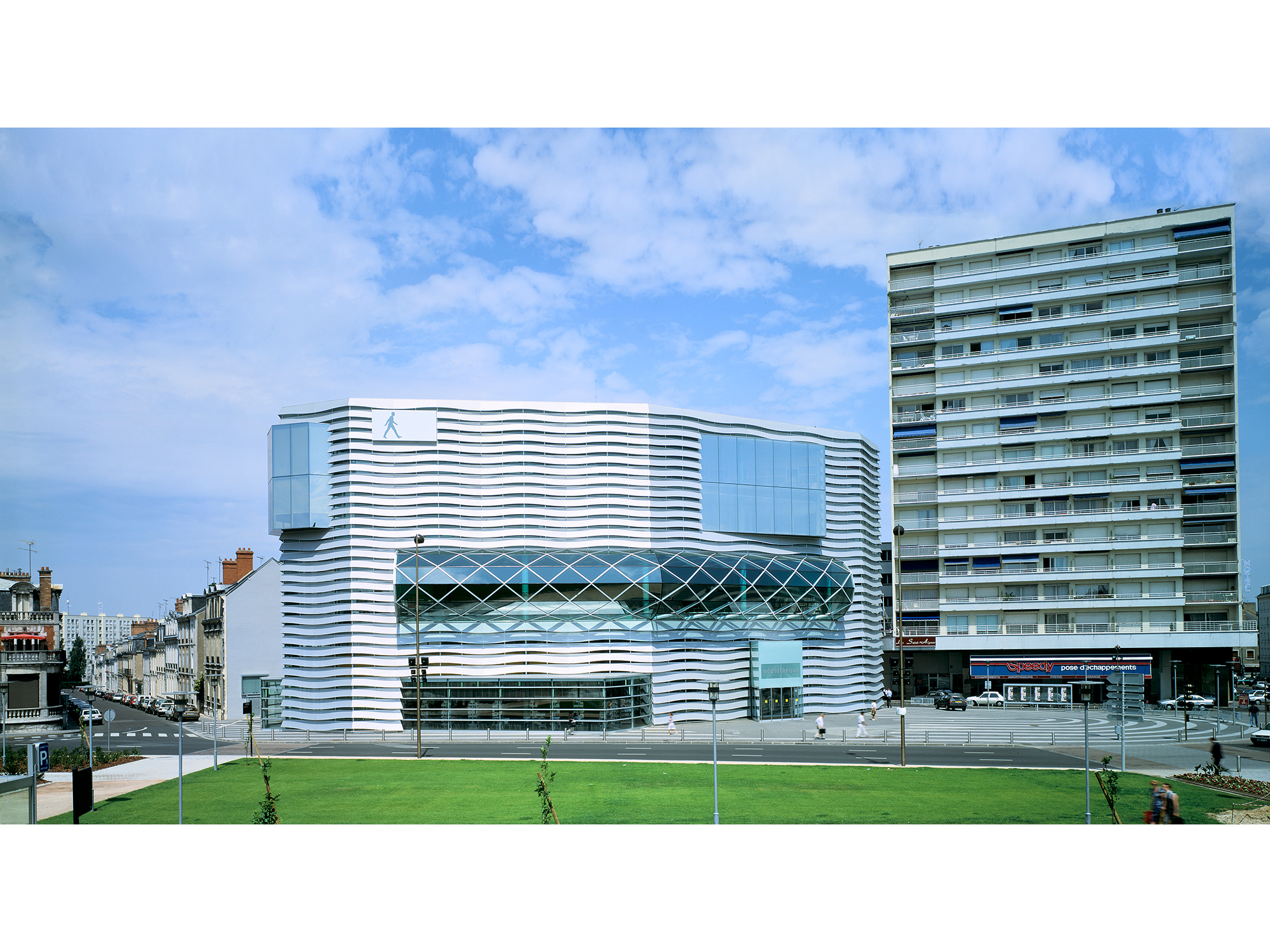 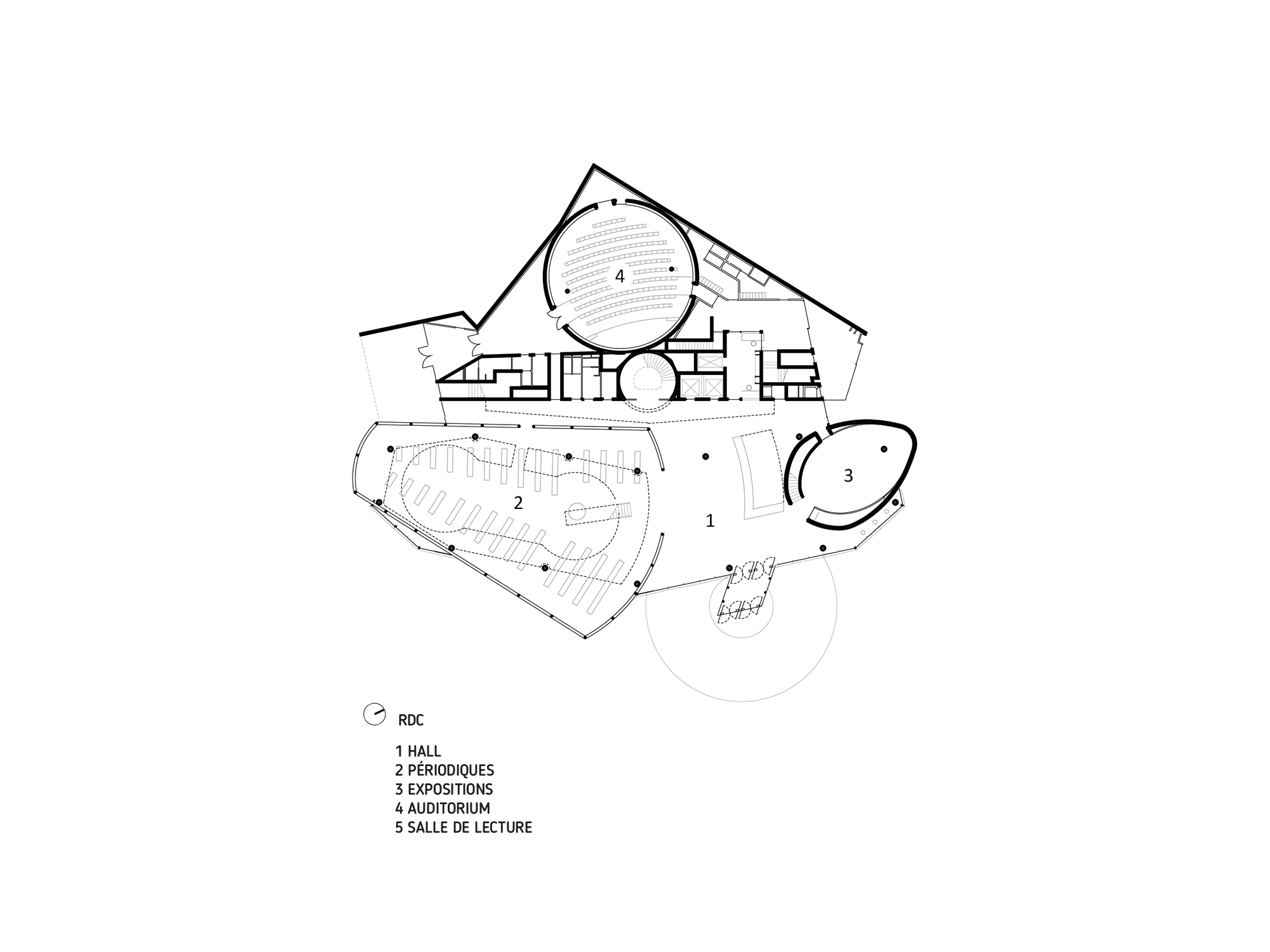 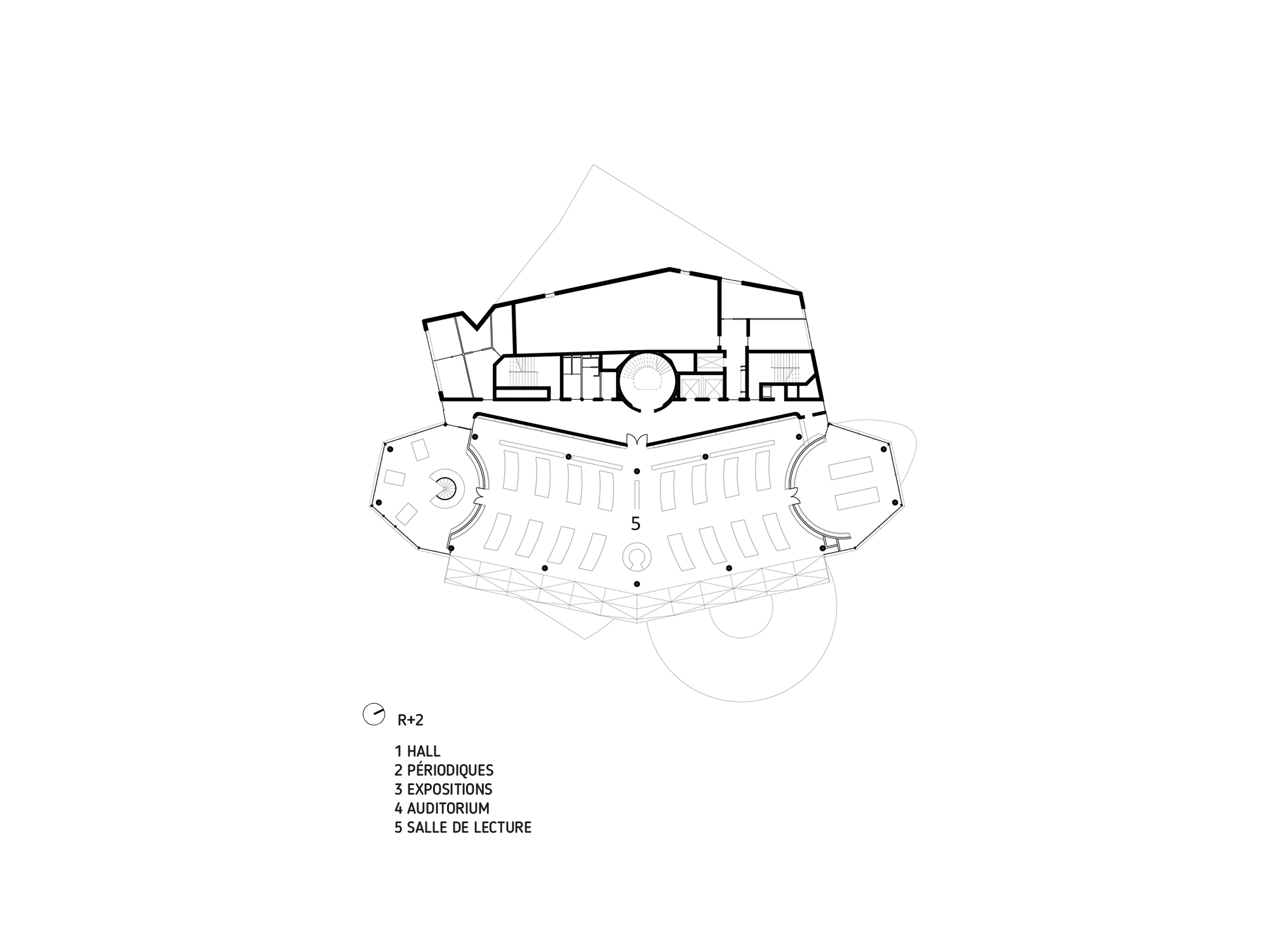 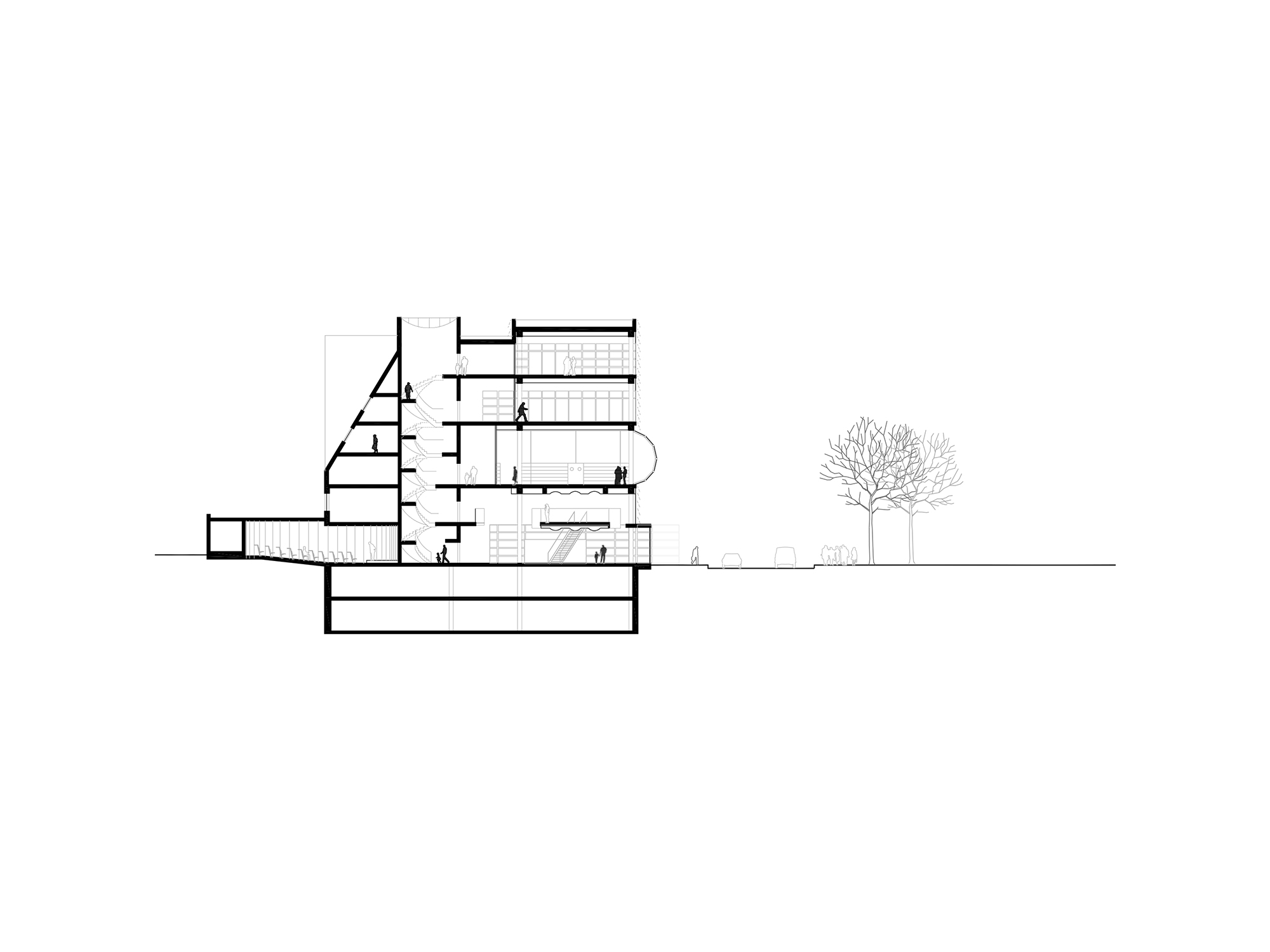 This is an early example of a multi-media library built in France. The program included separate rooms dedicated to reading : periodicals, new media, young people, and music. Its holdings are of great historical value.

The multi-media library is set in a break along an old boulevard on the edge of the historical center. This major cultural building is situated on a complex site in a disparate and chaotic environment. The municipal authorities at the time wanted it that way, distanced from the historical center, established on a main road, and confronted with the contradictions and the triviality of the contemporary city.

Its general form allows the building to gain in impact and to impose its stature in regard to the powerful presence of a banal high-rise block, a sad church and the bustle of the boulevard. Due to its folds it manages to constitute a background perspective to the main road and, at the same time, to assure a continuity with the buildings that line them. The folded façade is continuous, it has no gabled end.

A multi-media library is a place where people find for themselves a way of expanding their knowledge. The building itself wants to express that process which cannot be engaged without the curiosity of the users themselves. One domain of knowledge inducing another. The principle of intellectual development corresponds with that of architectural promenade.

Each functional space offered by the program (lending library, reading room, periodicals room, cafe etc.) is singularized by simple means : the shape of its plan, its specific orientation, and its monochrome color. Each space is considered as a separate room. There are as many rooms as there are elements in the program. They are fitted together in a way that creates dynamic relations. One feels that each room has its own reason for being and, at the same time, integrates the presence of its neighbors. This assembly, from which nothing can either be added or removed, results in a federating form : that of the main mass of the building. Its perception is far from unequivocal : the rooms are rebellious, they jut out the general form and gives the building its monumental dimension.

The multimedia library thereby stands out on the boulevard but also sets the scene for the traffic : seen from the spectacular reading room bow-window, the cars passing constantly, silently, give an empty, and appeasing backdrop to the readers.