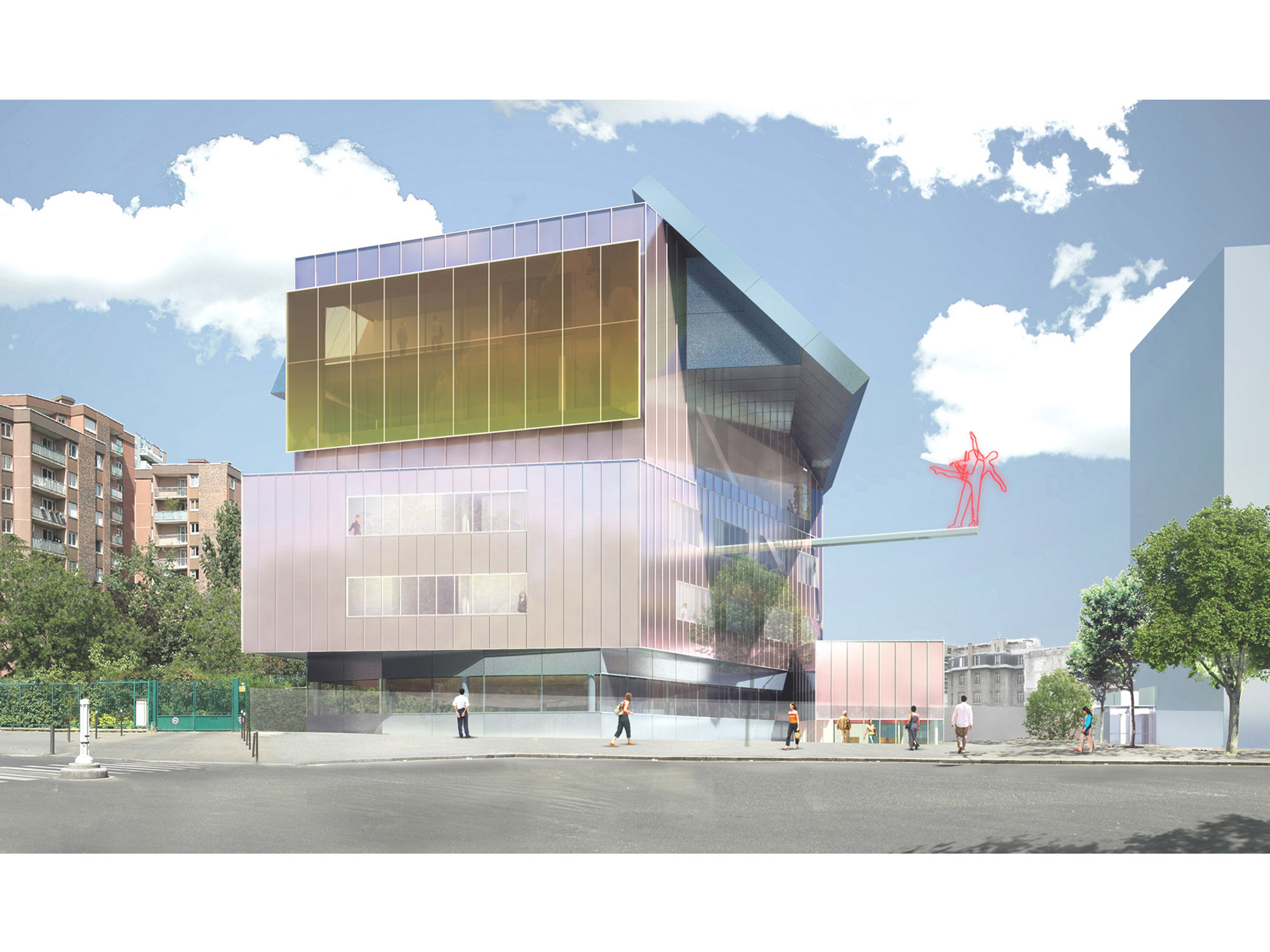 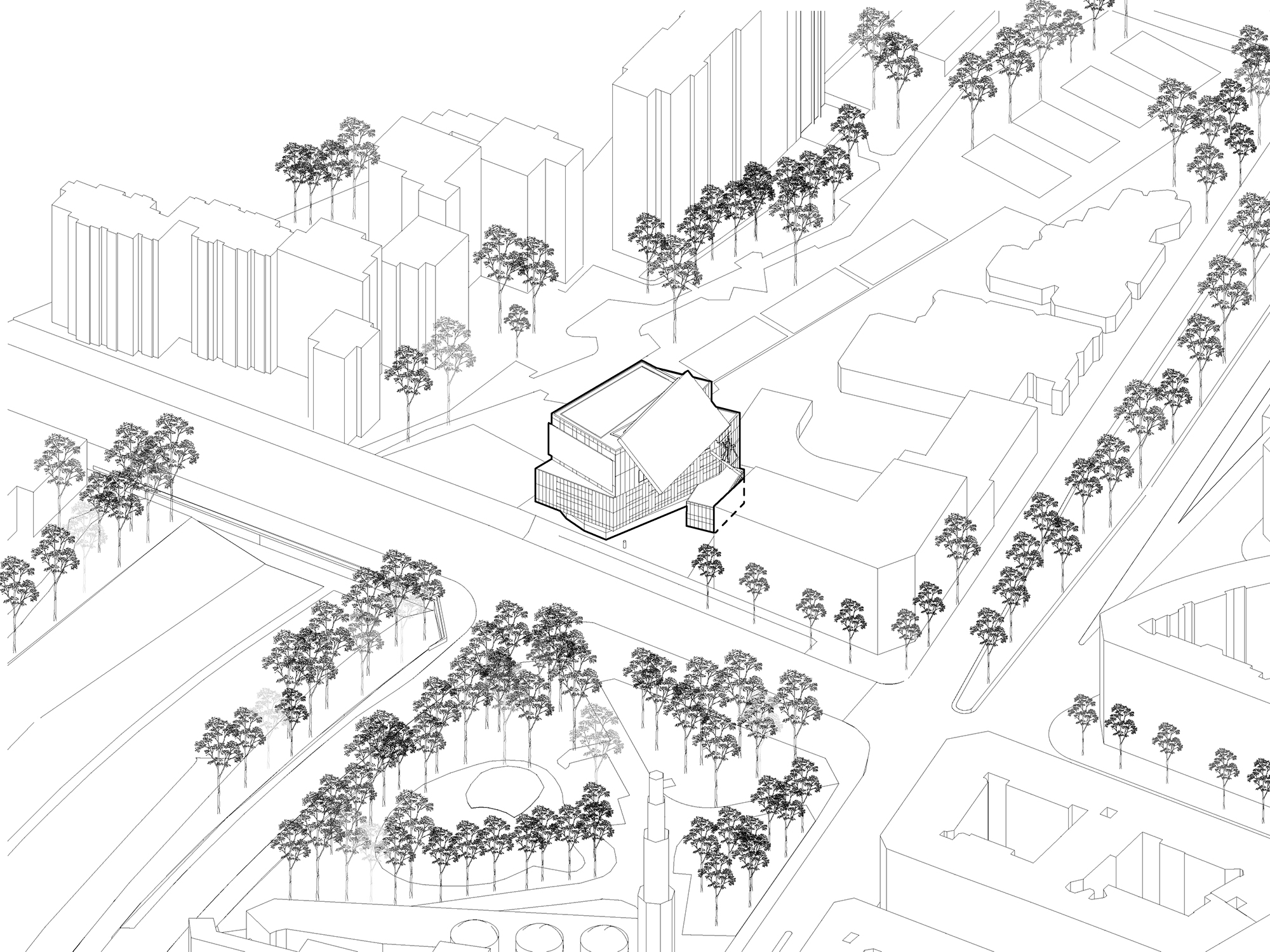 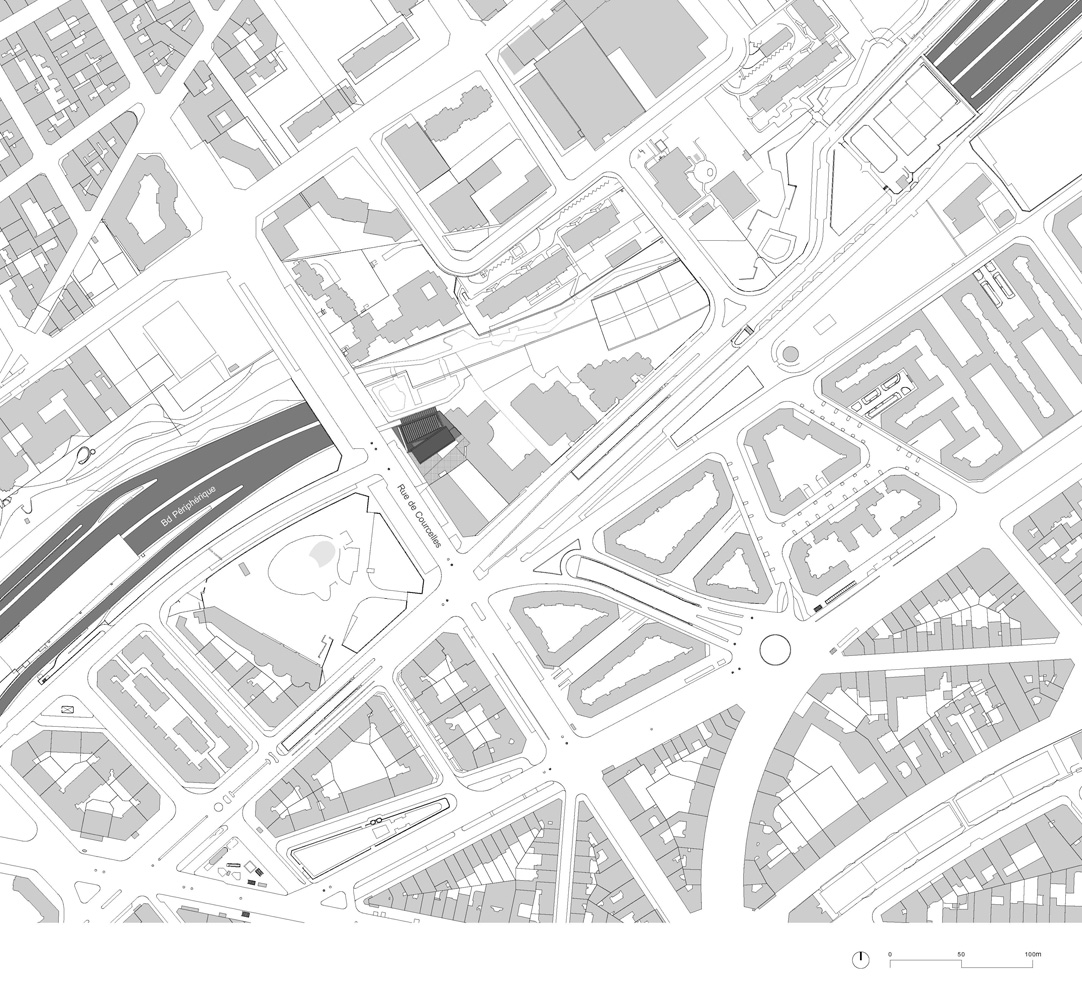 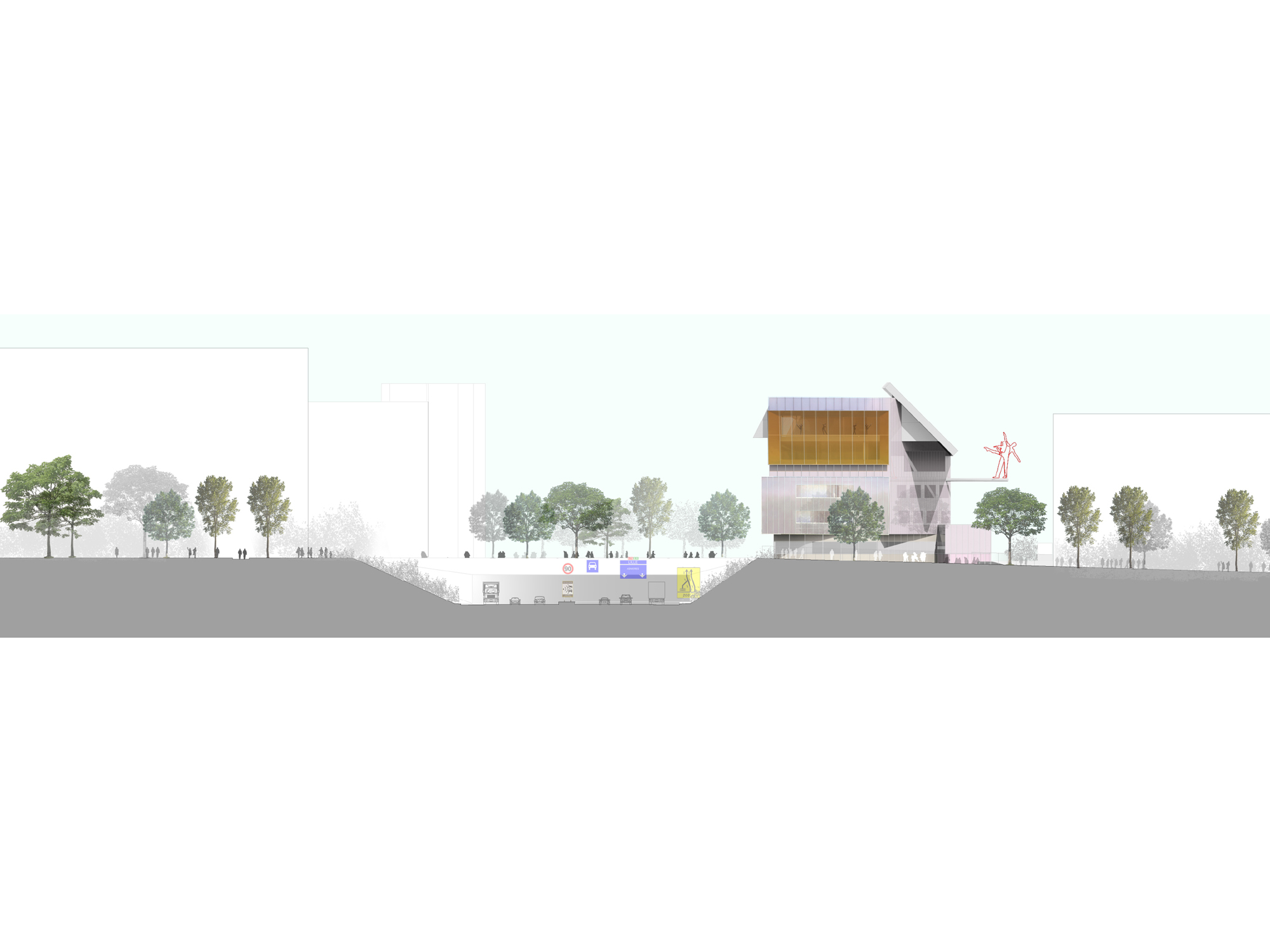 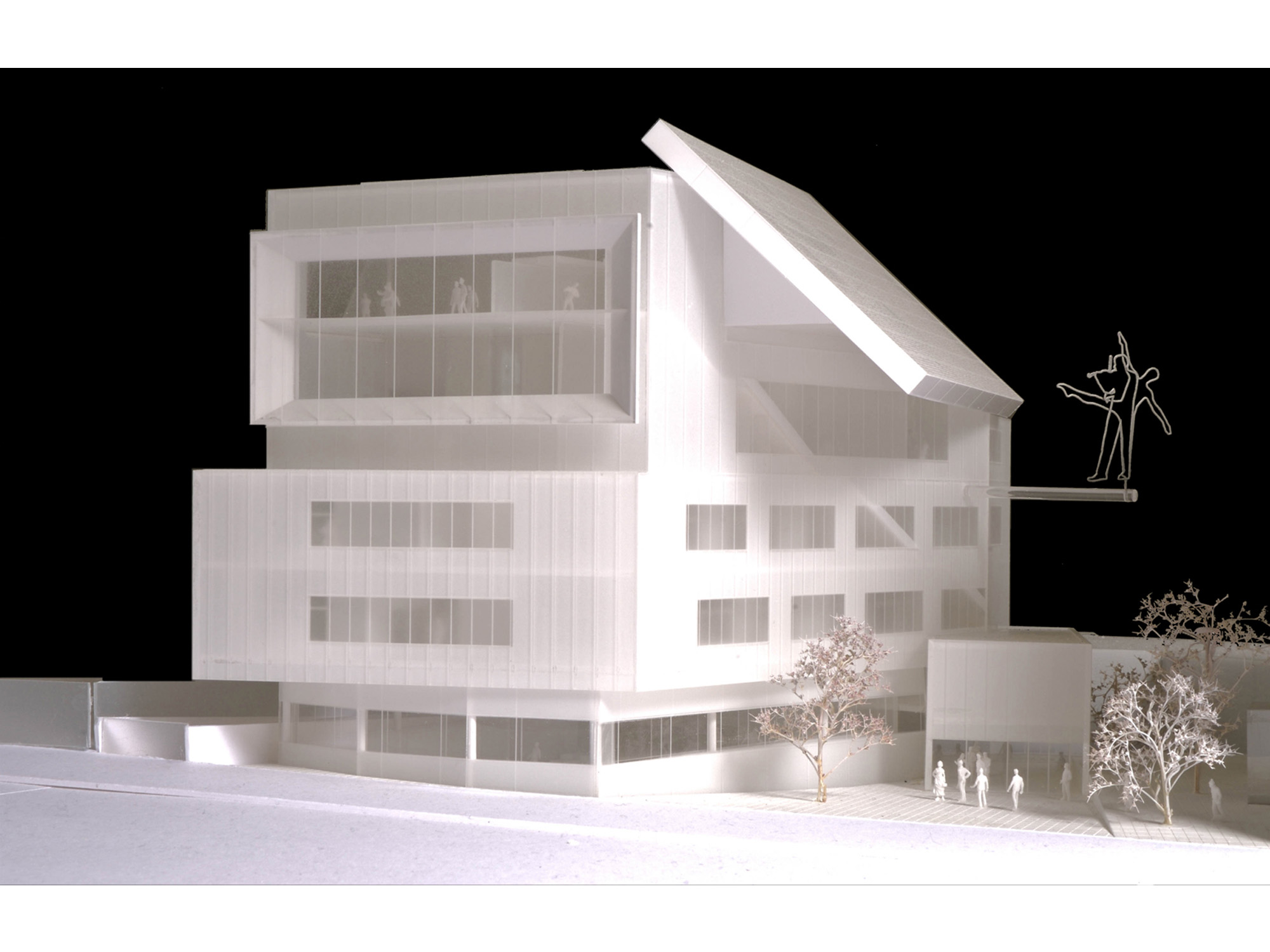 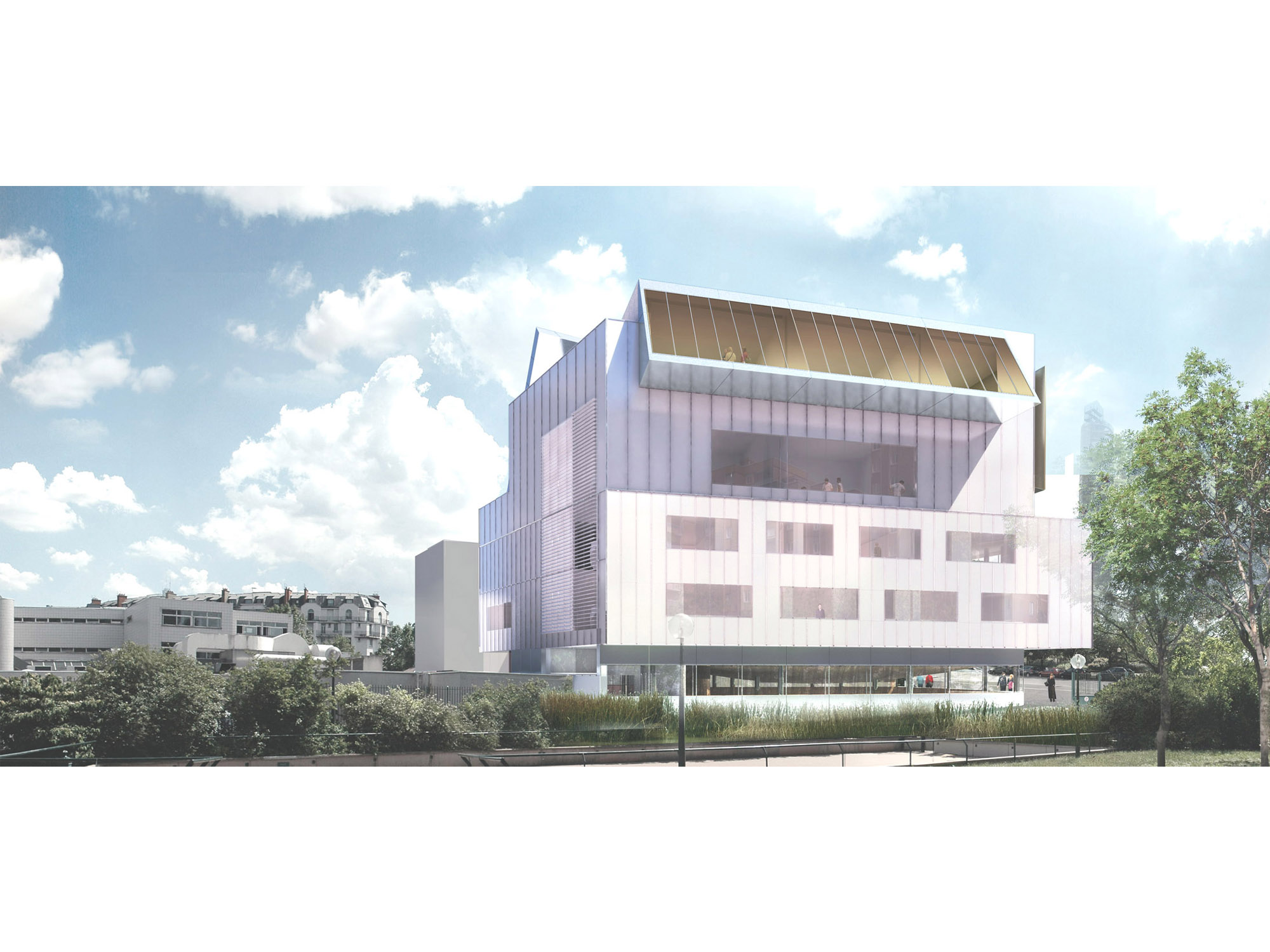 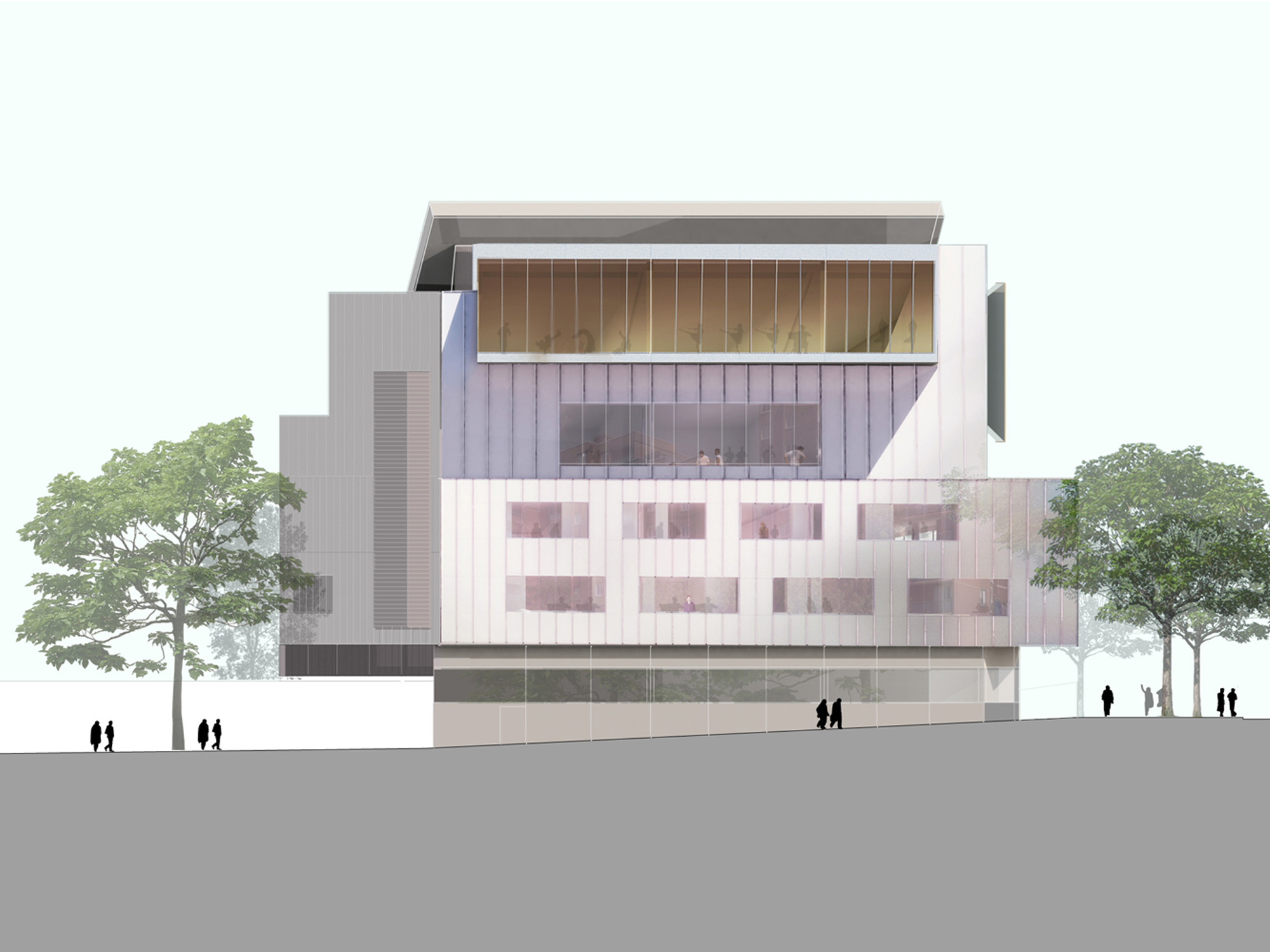 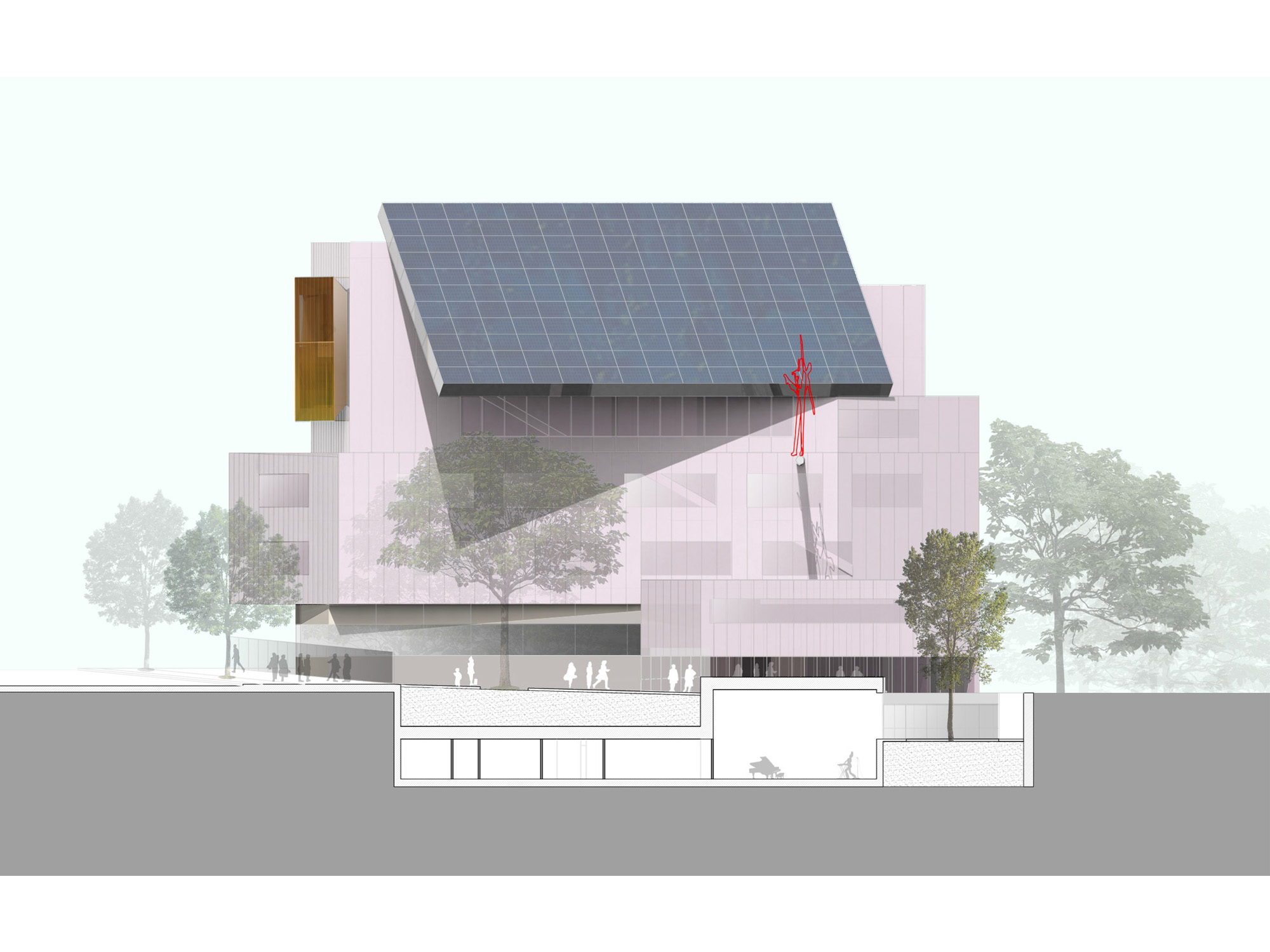 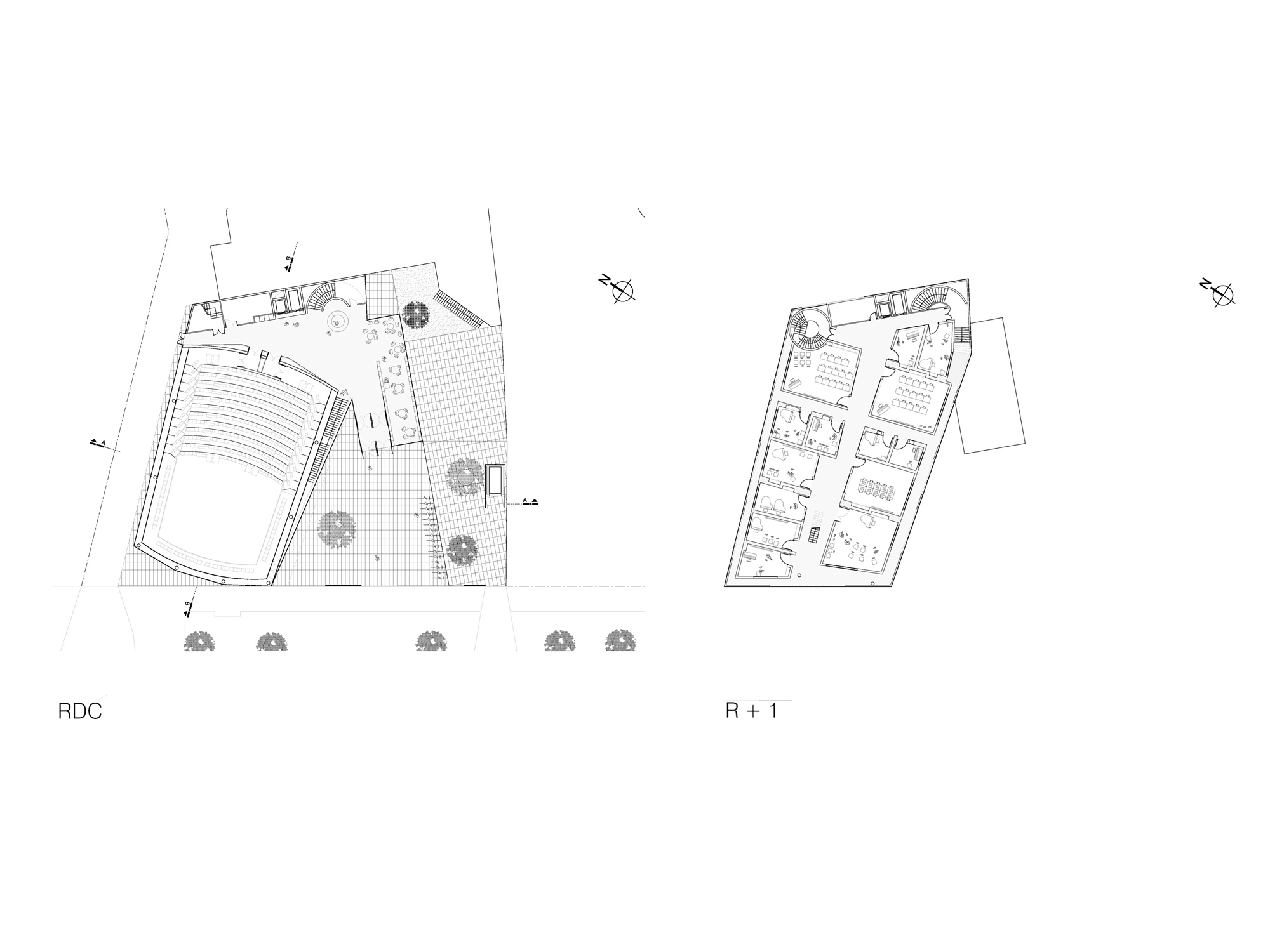 The music academy is located on the edge of the Parisian ring-road. A place where the city distends and the horizon finds itself ruled over by cars. The place evokes freedom, availability and a form of optimism ; but also a sagging alienation, remoteness, and the violence exercised by constant noise. For the young students of the academy, attentive to the least sound, the pressure is extreme. As a building, the conservatory wants to take advantage of the openness of the site and preserve the horizon line. It also seeks to reconcile the harshness of the place. By attaching itself to the neighboring building, it would present a common solid front that would block the great urban views. It thereby keeps its distance, and following the urban rules is forced to stay under an oblique line, attached at 45 degrees to the property’s limits. A large panel tilted at 45 degrees materializes this regulatory line. It shelters the facade from the southern sun and protects the open space arranged between the conservatory and its neighbor. This is the entrance courtyard and there the crude city and its noise are forgotten. This panel supports 480m2 of south facing solar cells, offering a spectacular expression for the Paris policy toward renewable energies. The conservatory’s architecture is inspired by visual elements lending poetic force to the major ring-road with multi-colored signs, illuminated billboards, traffic signs and huge advertising hoardings. The architectural elements which the conservatory pulls from the environment are the two protruding colored glass walls of the main dance room and of the music room dedicated to the lyrical arts. There are also, at the end of a beam planted on the southern facade, two neon characters which light up alternatively. One plays the violin whilst the other dances. Music and dance are approved means with which to exorcise the fear of solitude and the violence of the environment. On the inside, the rehearsal studios are both separated from each other and from the exterior walls. The acoustic sealing of the studios not being perfect, faint streams of their musical activities is allowed to escape. Circulation space through the building are subtly animated by this musical panorama. The building is buzzing, it is alive, standing firm in a harsh environment.