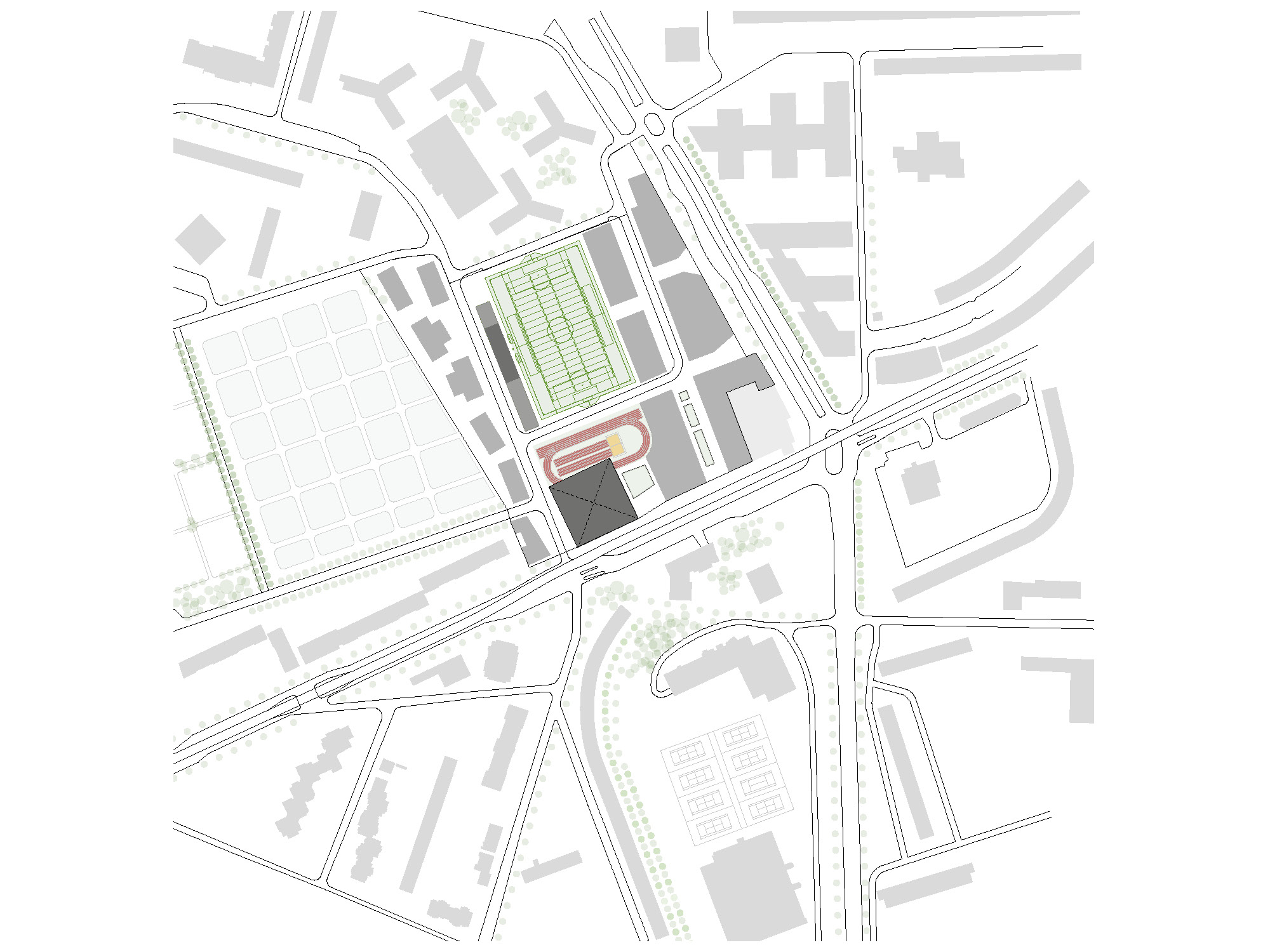 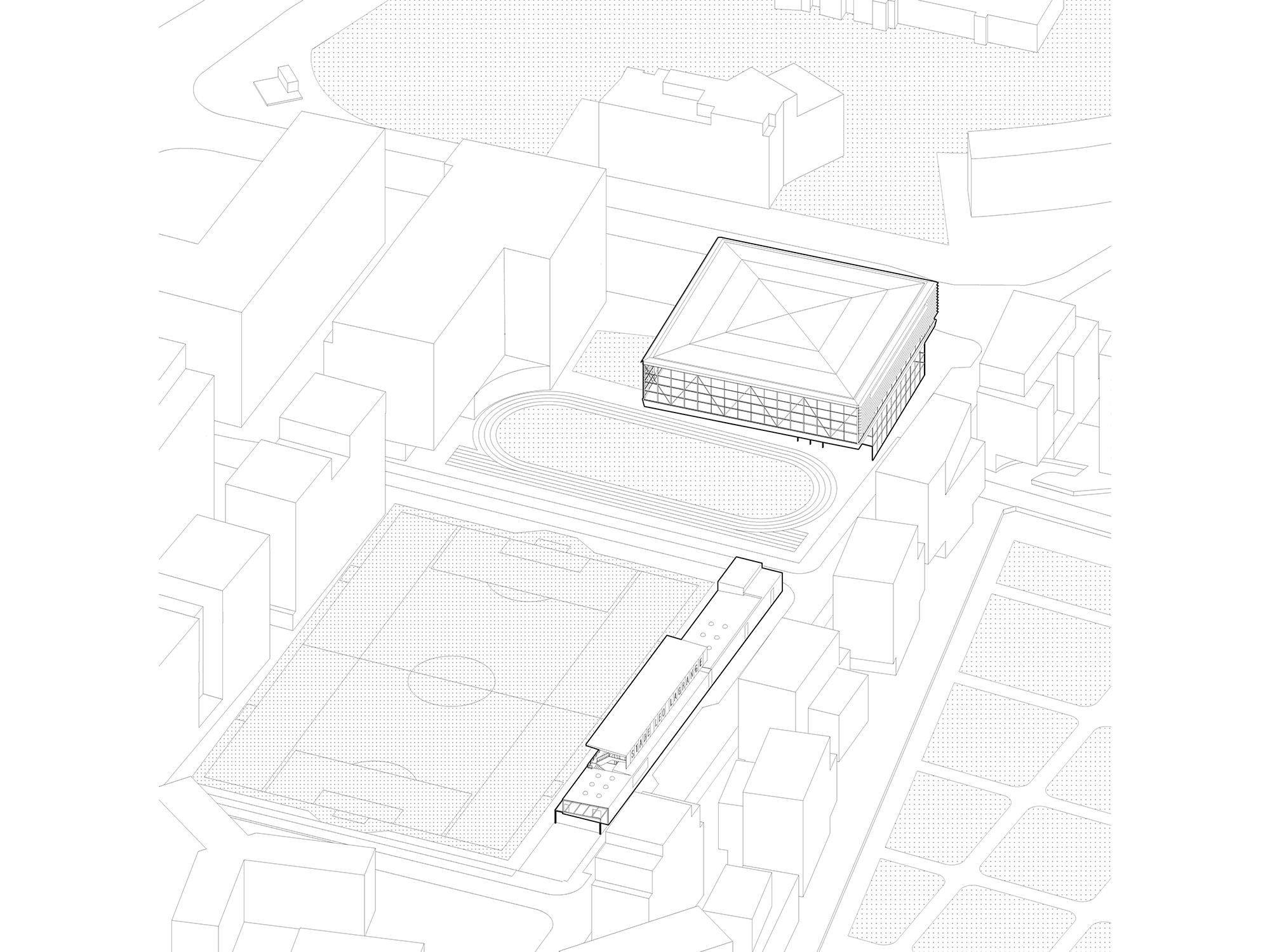 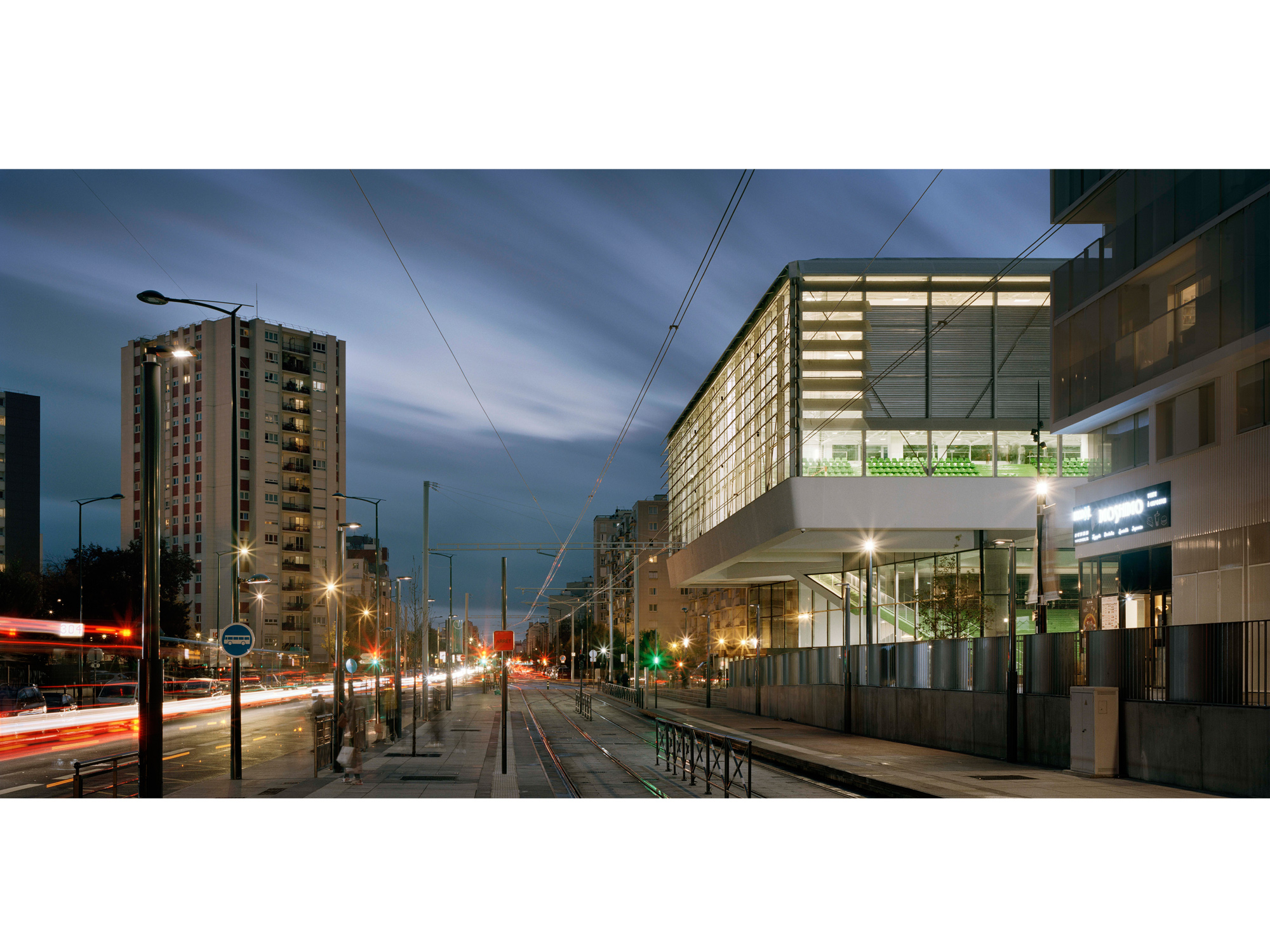 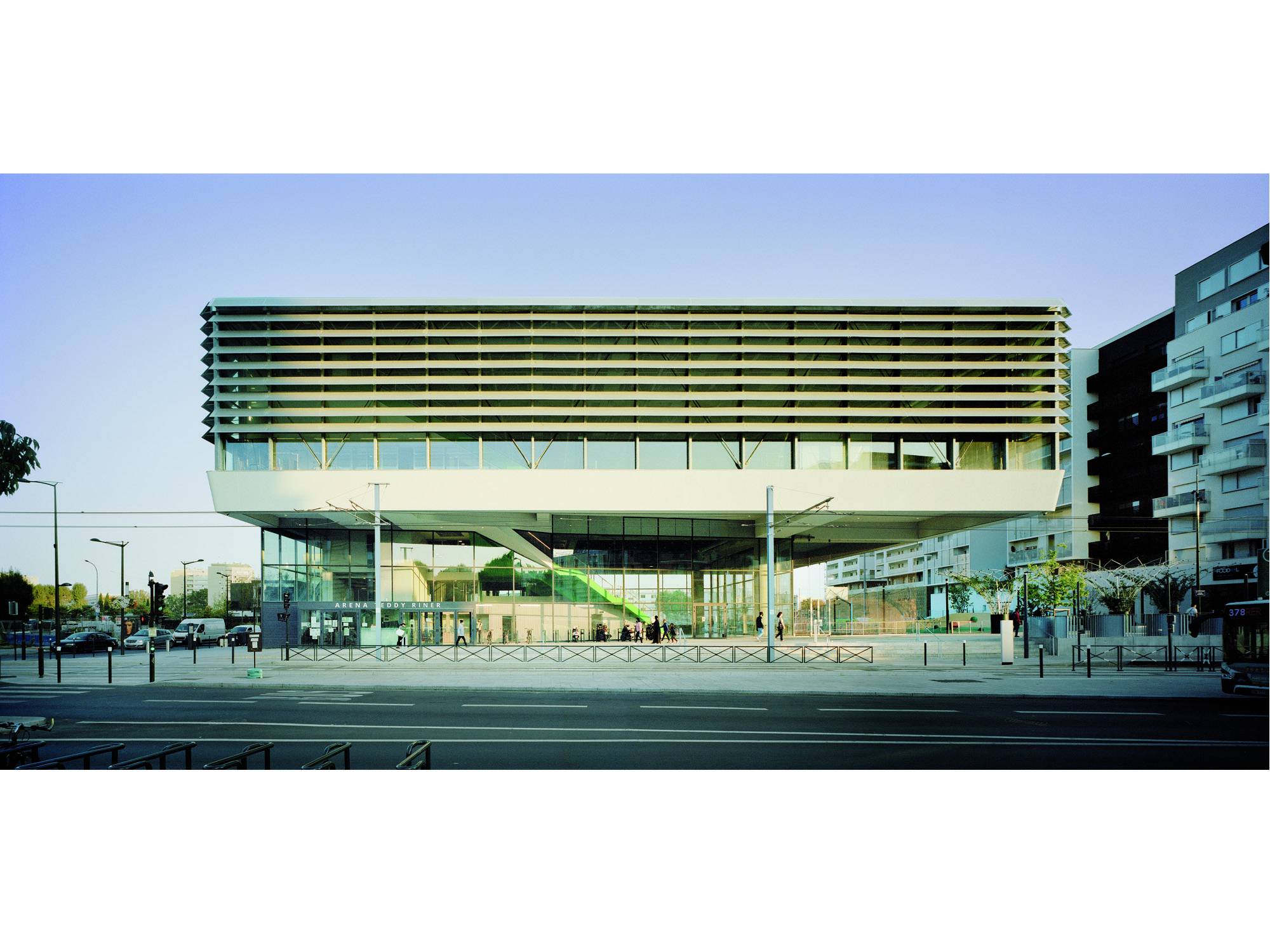 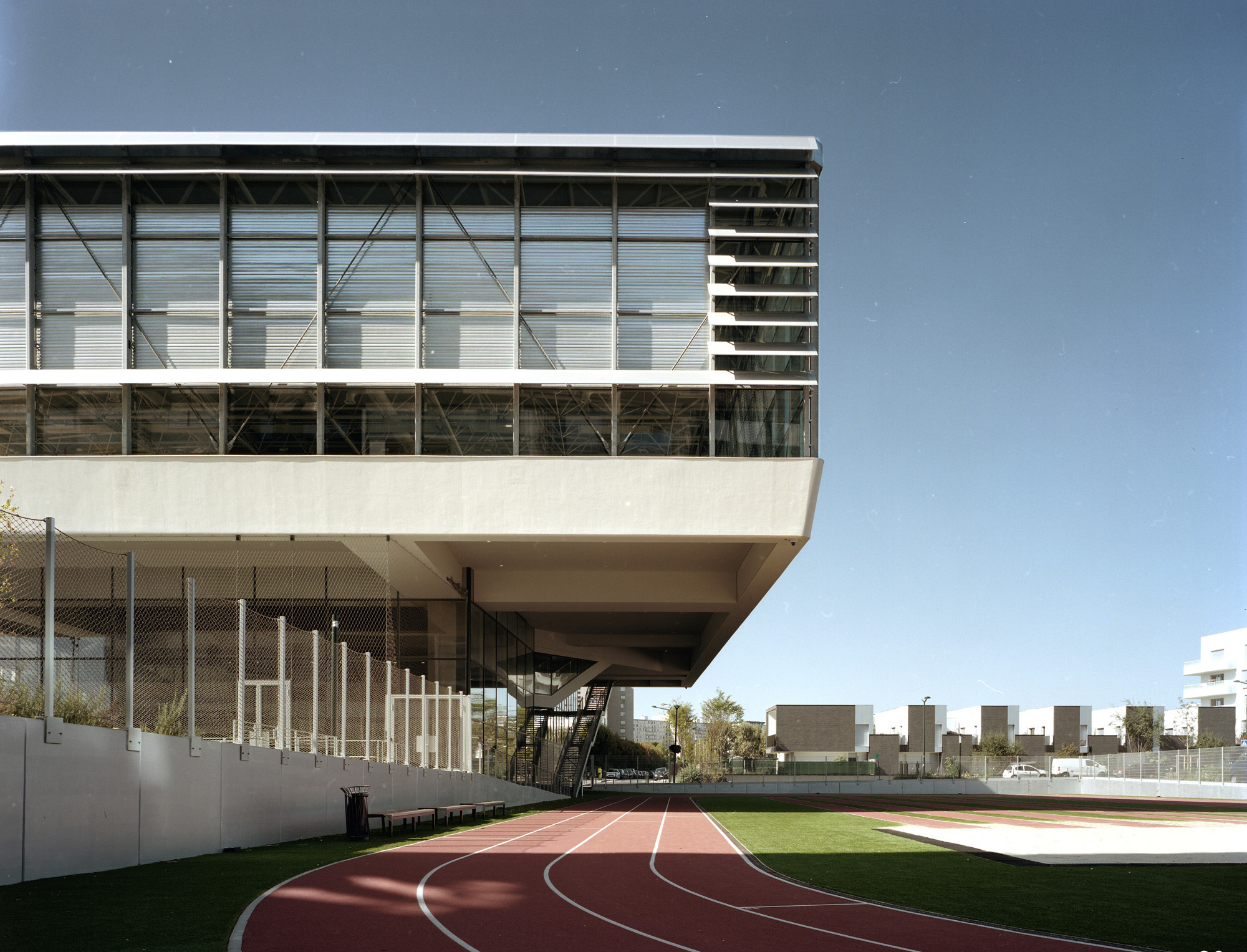 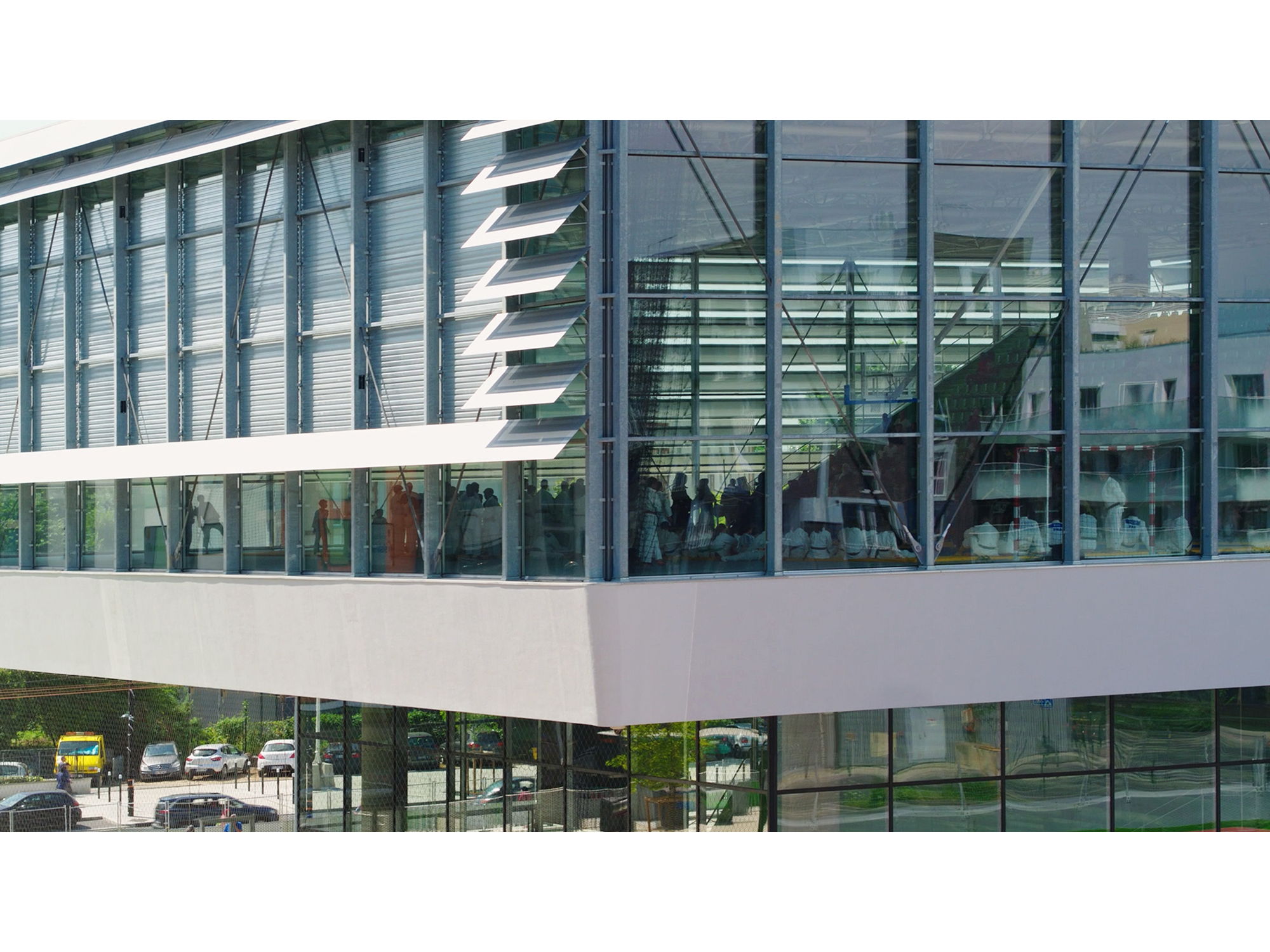 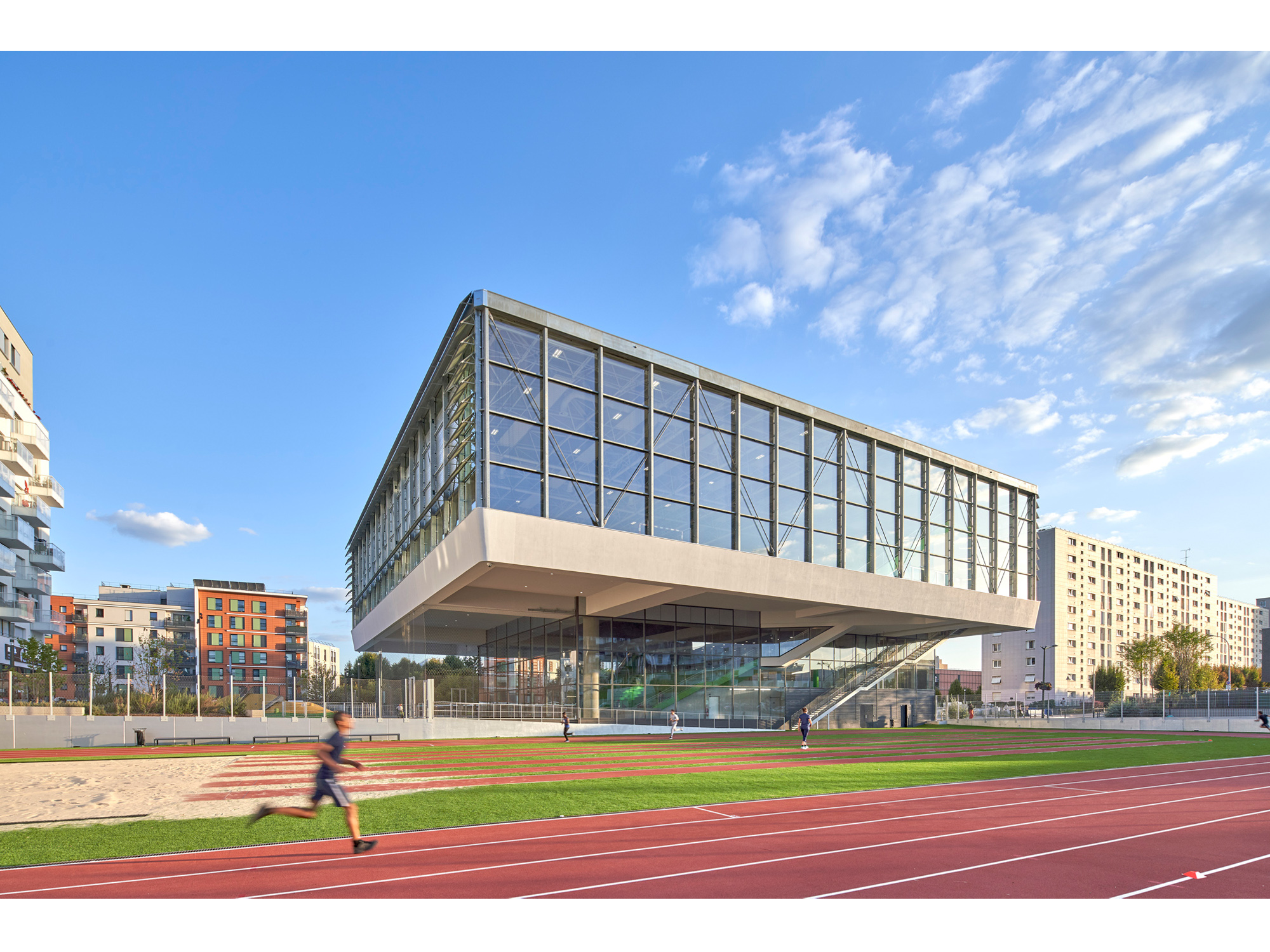 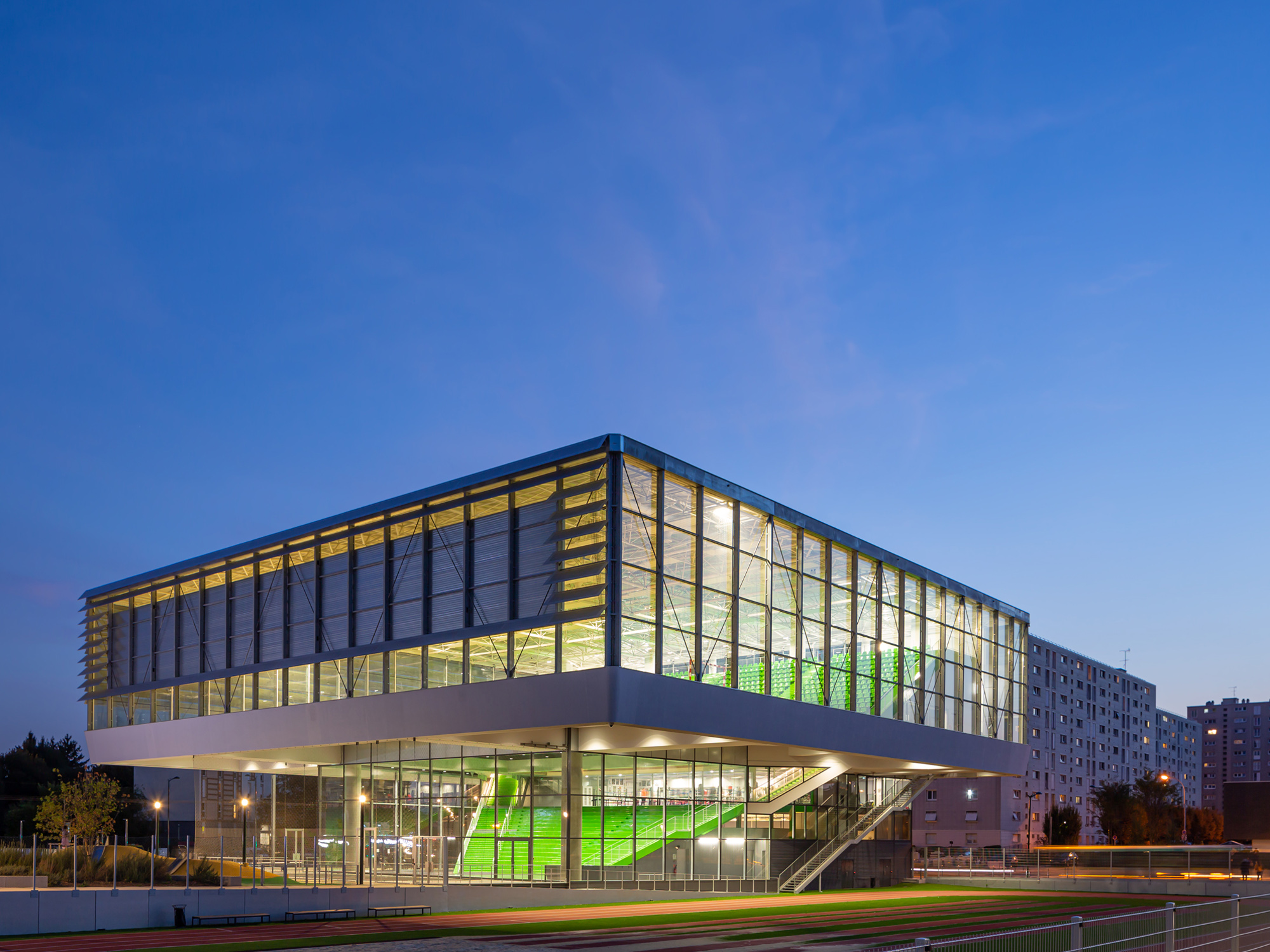 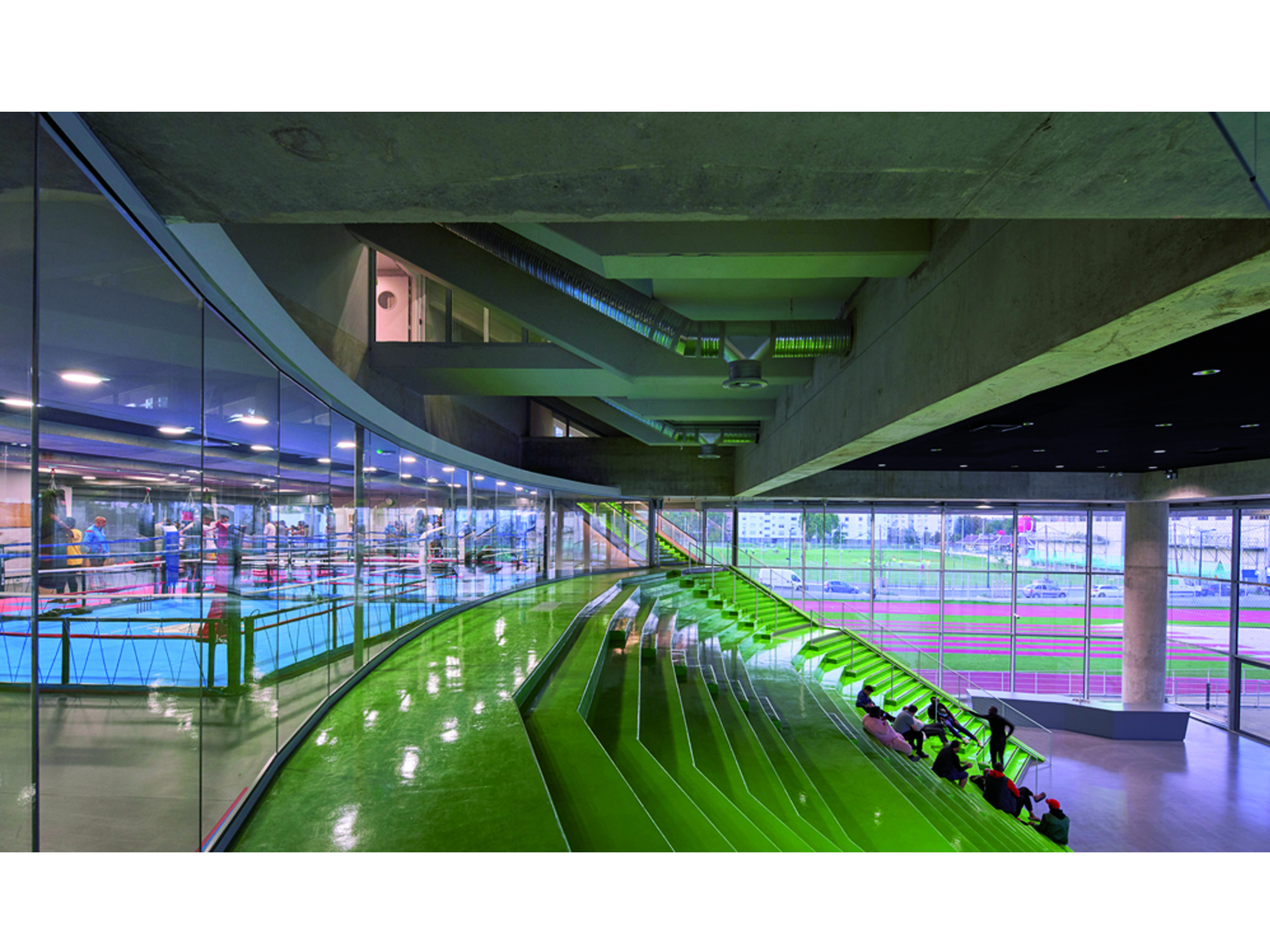 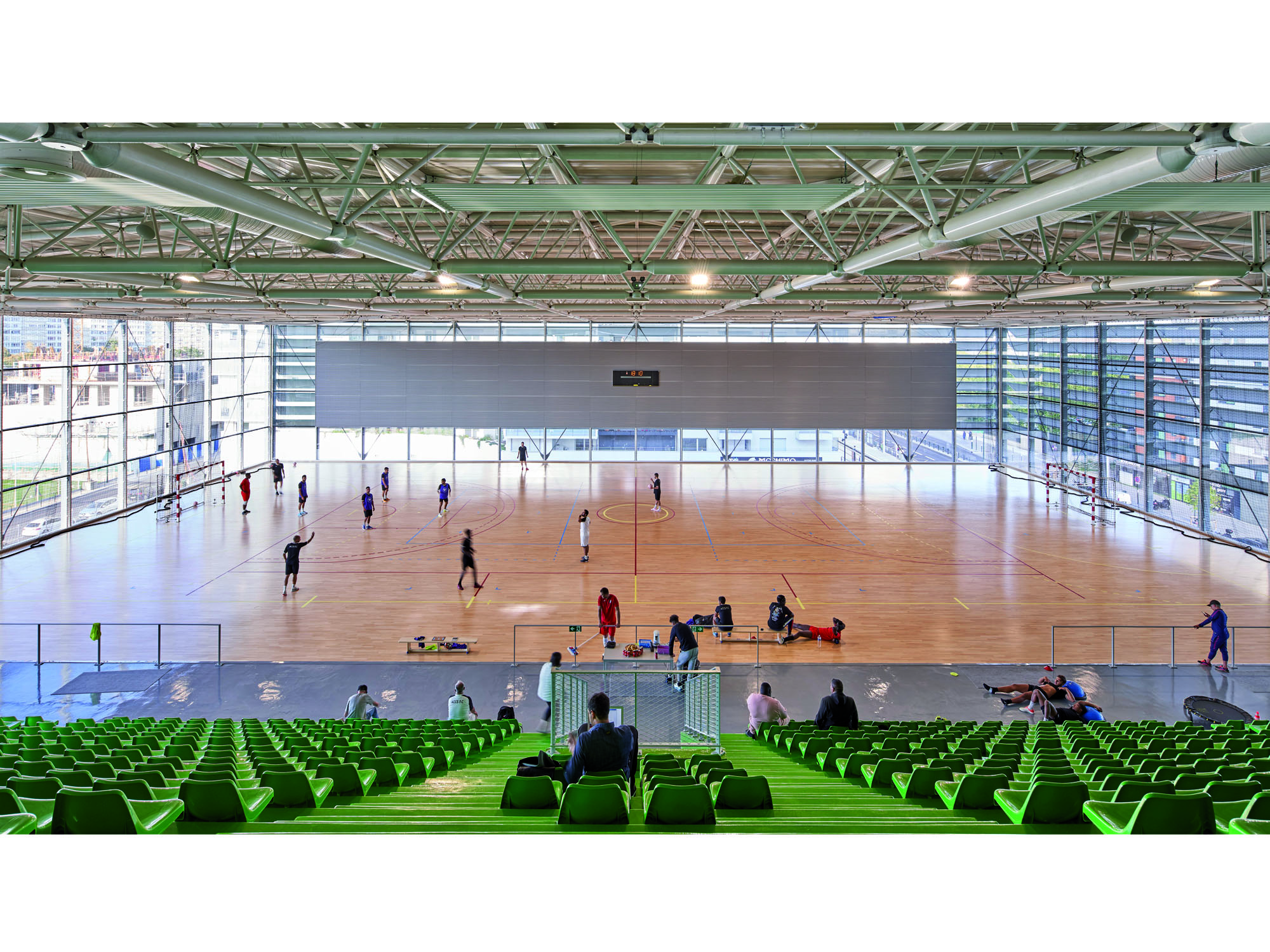 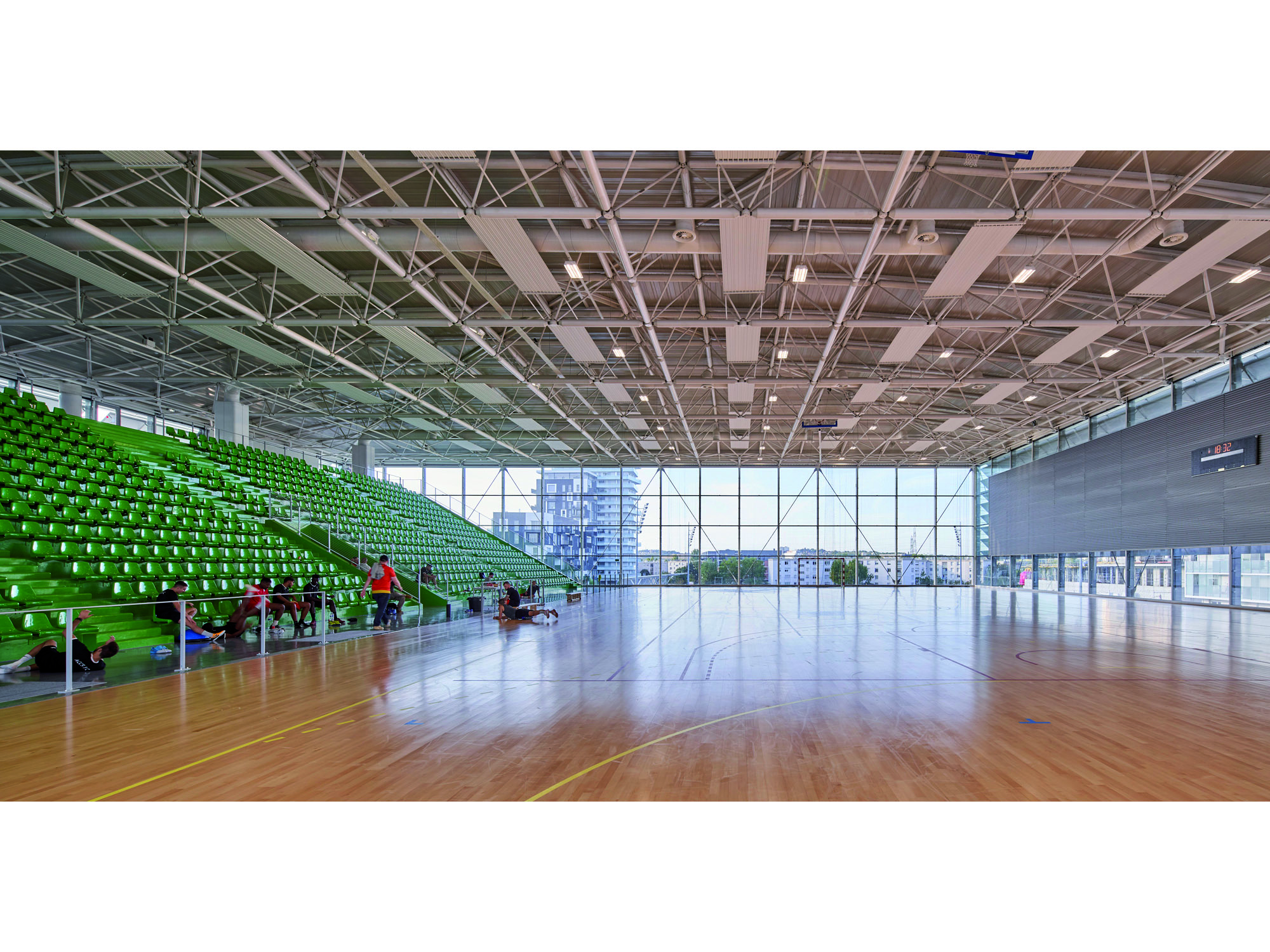 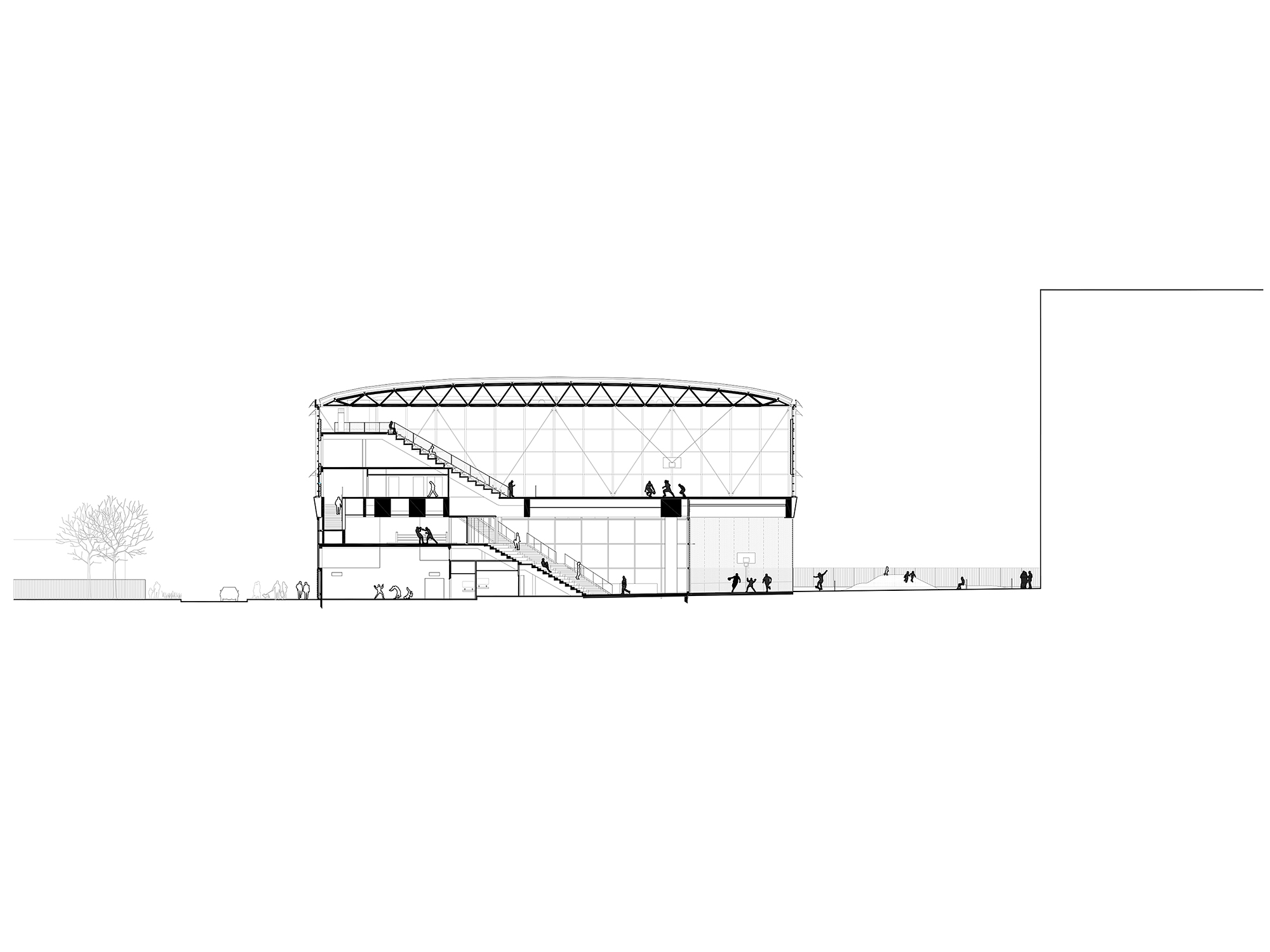 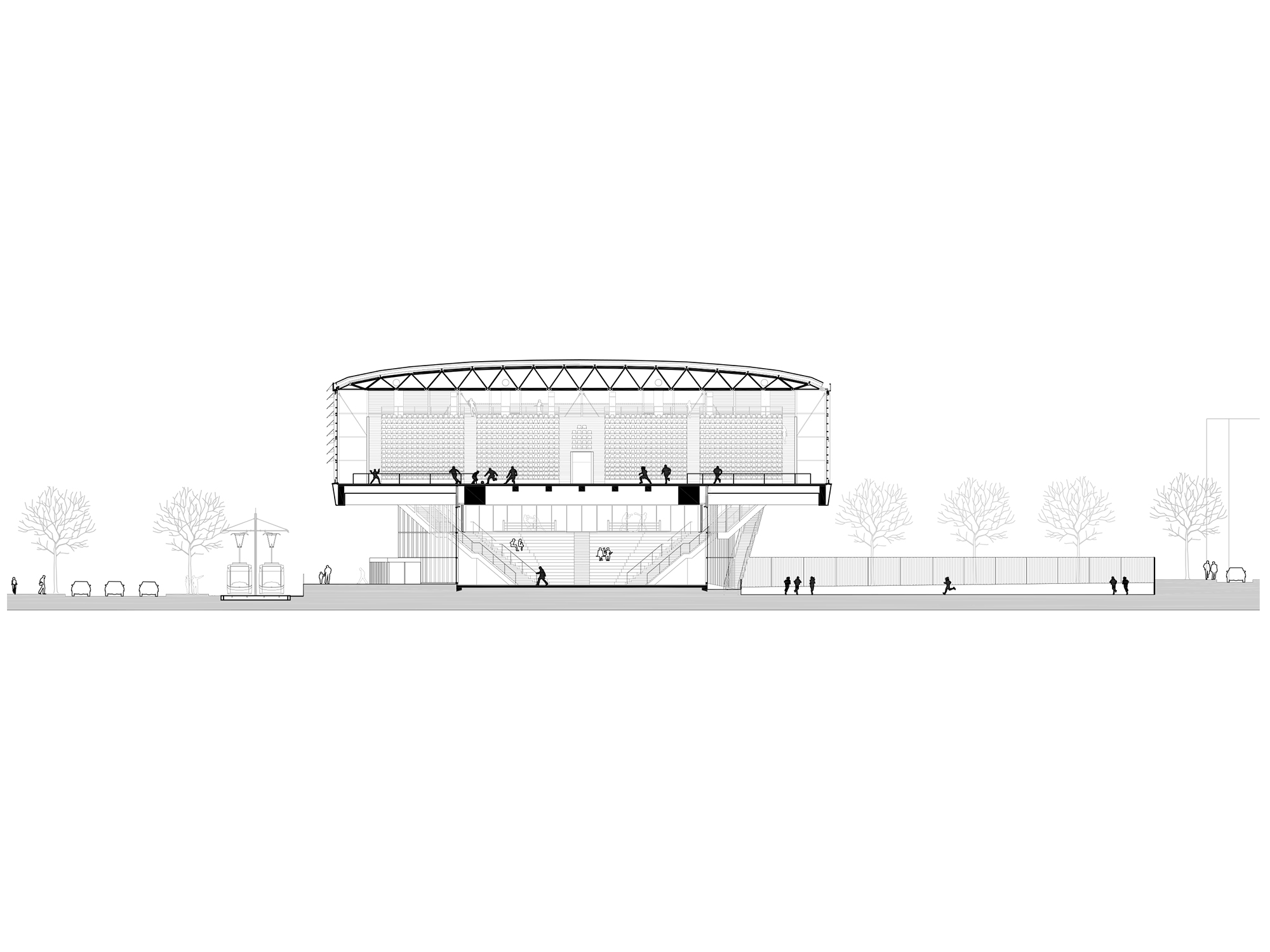 The sports complex includes a soccer field equipped with changing rooms and bleachers for 300 spectators, a running track and a gymnasium whose main hall holds 1,000 seats.
It is an important part of the Hauts d’Asnières urban renewal program.

Generally, a significant sport installation, take up a great amount of space, expand the urban fabric and present a solid mass that not only form a significant barrier to sight but also often lack adequate amenities. Cities need concentration, civility and animation. The sports facility at Hauts d’Asnieres, contributes to the urban densification, stages a quasi-constant urban show and values the collective activities. The buildings (the stands of the stadium and gymnasium) follow the alignments along the streets to highlight the urban plots and mark a straight line between private space and public space. The main hall of the gym is raised so as to allow the views through it, between the Boulevard de la Redoute and the northern part of Hauts d’Asnieres. Placed at 9 meters above ground, largely windowed on four sides, it acts as spectacular urban landmark. From multiple points, the pedestrian will see the spectators and the athletes. Placed overhead, on this urban plateau, the players and the public will perform literally within Asnières. Amid the skyline they will rediscover their city. The stairways which give access to the upper room are very large and will only serve during the games. The city being in need of constant animation, we transformed them into bleachers in order to enable the public hall to host festive events that will open onto the boulevard. Opposite the bleachers on a large projection screen will be broadcasted major sporting events. Some evenings a boxing ring will be installed. An outdoor basketball court completes the complex.