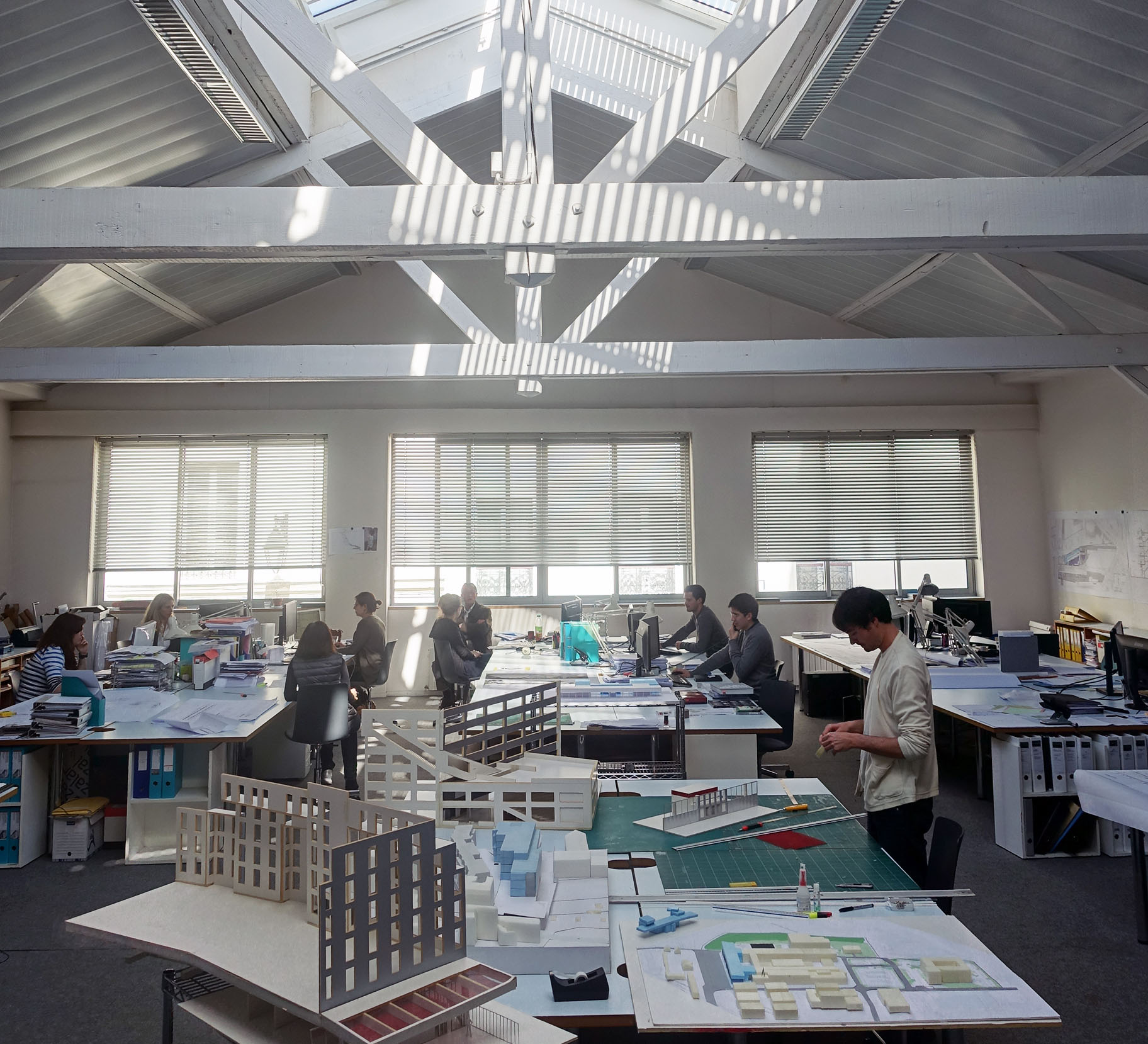 Presentation/Introduction : The office has conducted studies and designed buildings from various domains : public institutions, mainly libraries and educational facilities – office buildings, housing, industrial installations, interior design and scenography. It has also conducted urban studies. It is renowned for the quality of its architectural achievements, all of which regularly appear in French and international publications. From 1988 to 2015 the projects were produced by the association of architects du Besset-Lyon. Dominique Lyon Architects, was founded in 2016. The office employs about dozen people.

Situation : Architecture is a form of intelligence. The intelligence of cities, landscapes and social issues. The architect will best draw on their capacity for intelligence if they are able to update their knowledge in these areas, which are both complex and changing. In other words, to know what he is talking about when he talks about architecture, an architect must have a precise knowledge of the situation in which he is called to act. Each situation is problematic : it is shaped by contradictions and even absurdities, and it often appears trivial. When one comes to assess it, it appears inspiring and has something poetic about it.

Situations seemingly appear similar. It is only after being examined that they reveal a world in itself. Each situation, even the most modest, the most specific, therefore reveals our general condition and it is through it that the world shows itself to the architect. The general communicates through the particular. This expression must be matched with the ambition inherent in the act of construction. To intelligently pursue this ambition and acquire knowledge, the architect will observe and describe the factors at play in his scope of intervention, without letting himself be influenced by preconceived ideas. Locally, he shall take an interest in the forces at work within urban contexts, identify the elements that allow nature to be present, and shall look to understand the shape of social demand. After distinguishing the forces being expressed in his situation, he shall make them interact, like a scriptwriter who steers characters in the restricted space of a scene – the good and the less good, the delicate and the vulgar, the great and the small, the violent and the frail. He shall do it according to a plan, by assigning the forces present a shared destiny in line with a high principle endowed with a favourable outcome. The organisation, materiality and form of the building are in a large part the result of this play, this scenario. They come after the intelligence of the situations has given rise to ideas, and then these ideas have found pertinent expression during the formal work. They are also designed to be part of the lively register of contemporary forms. The architectural forms, which speak directly to the body and senses, are required to question them with the aim of stimulating the mind. Consequently, there is necessarily something strange about them, a controlled disequilibrium that questions tradition and forbids one from falling back on common spaces and formulaic images. Which dull the actual experience and insult the reflection on the situation. Any position that finds itself in accord with the world, with an intelligence that architecture is duty-bound to define, appears out of step with mainstream opinions and references. In order to stimulate, architecture goes beyond the ordinary. It is a necessary exaggeration, even if it is a measured one.

The forms of the buildings shown in this book differ because the situations are not the same, because the arguments and ideas behind them are precisely tailored to situations that prove to be distinct, because the architect’s means of expression are in principle infinite.

What is the aim of these buildings ? To create architecture as an activity capable of intelligently interpreting the world. To offer – through radical ideas – new possibilities of being in places that enrich our social and cultural environment. To generate inexhaustible settings, conducive to enriching our memories, fostering nostalgia and giving depth to our age.