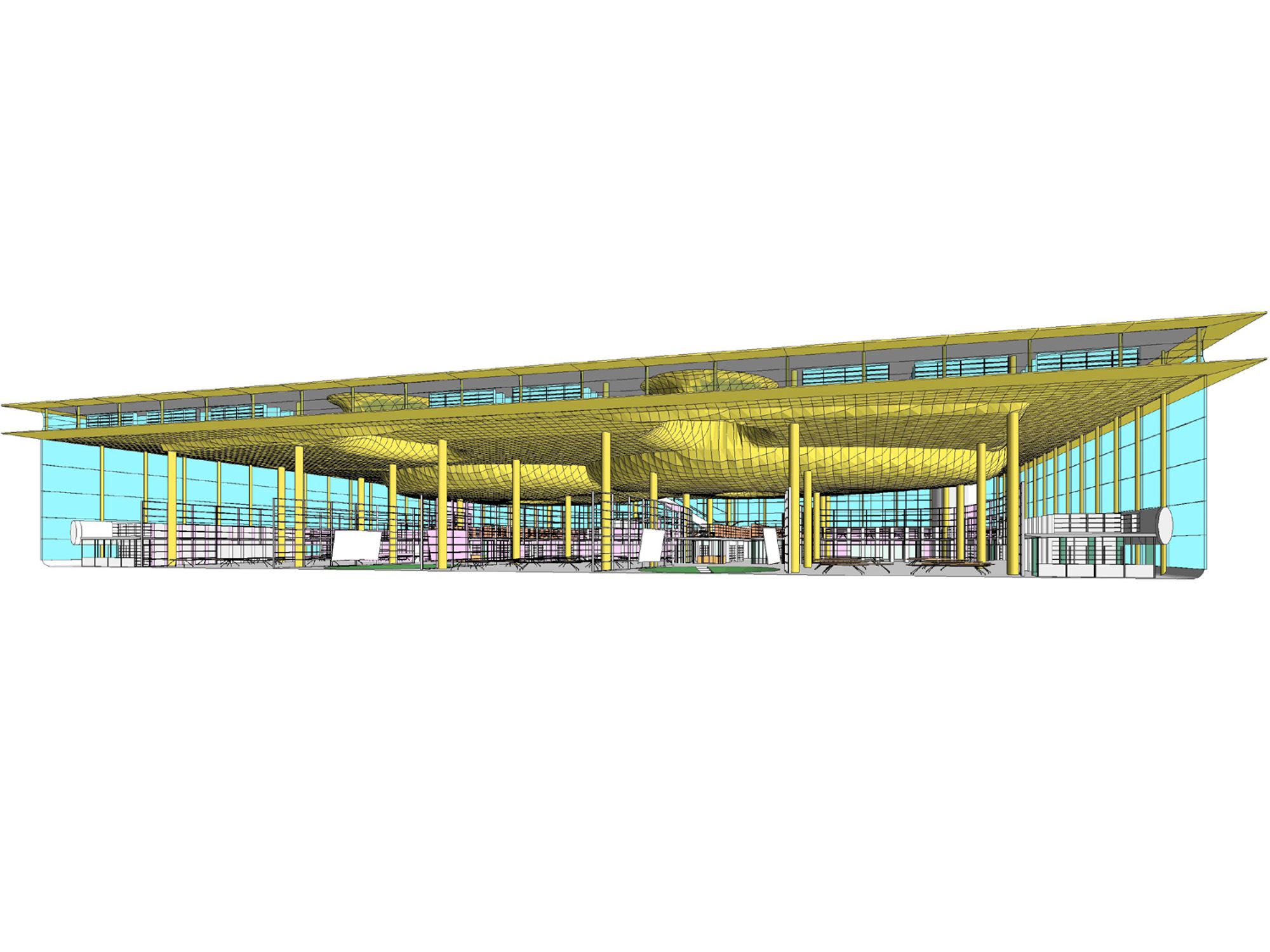 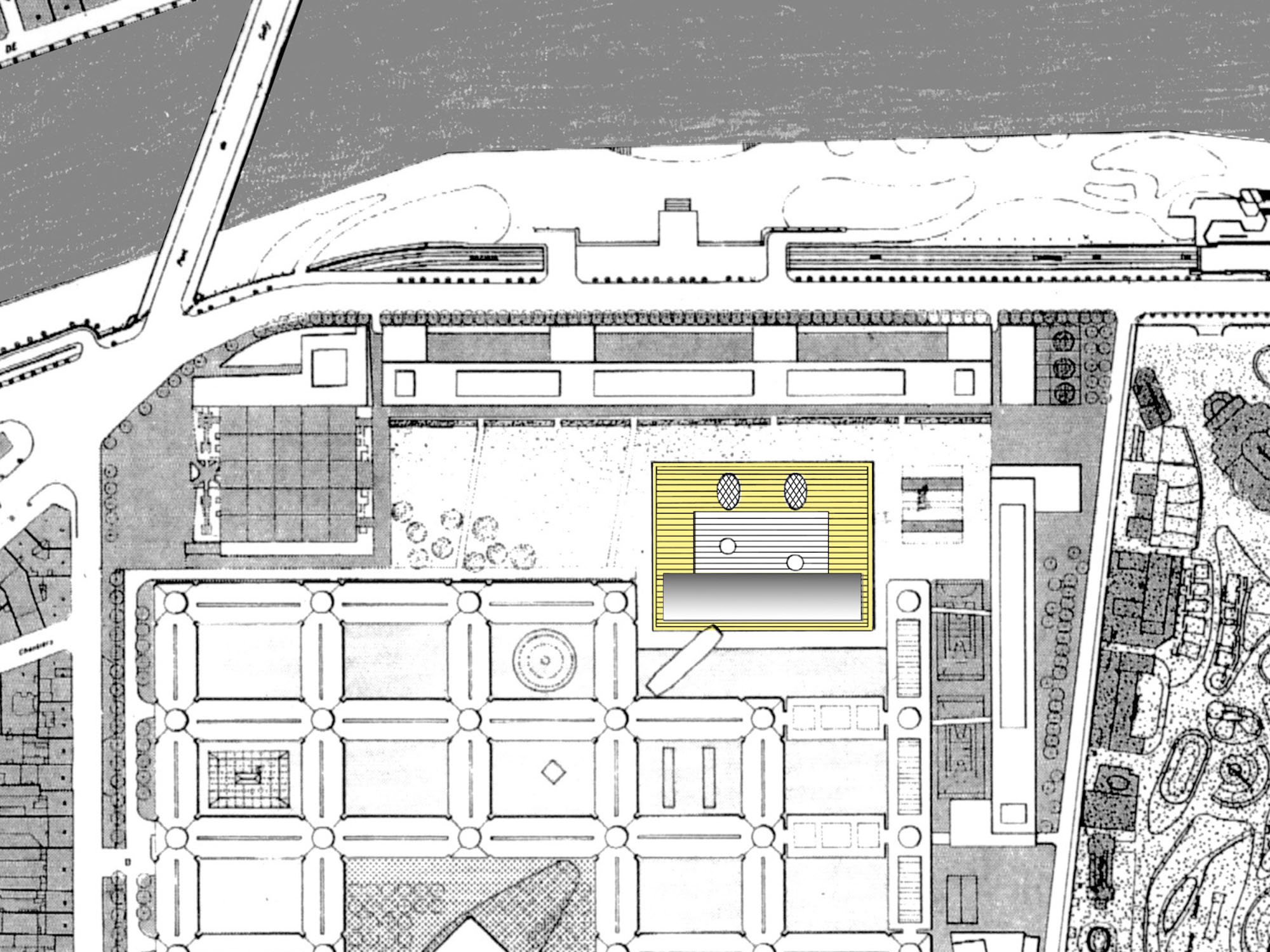 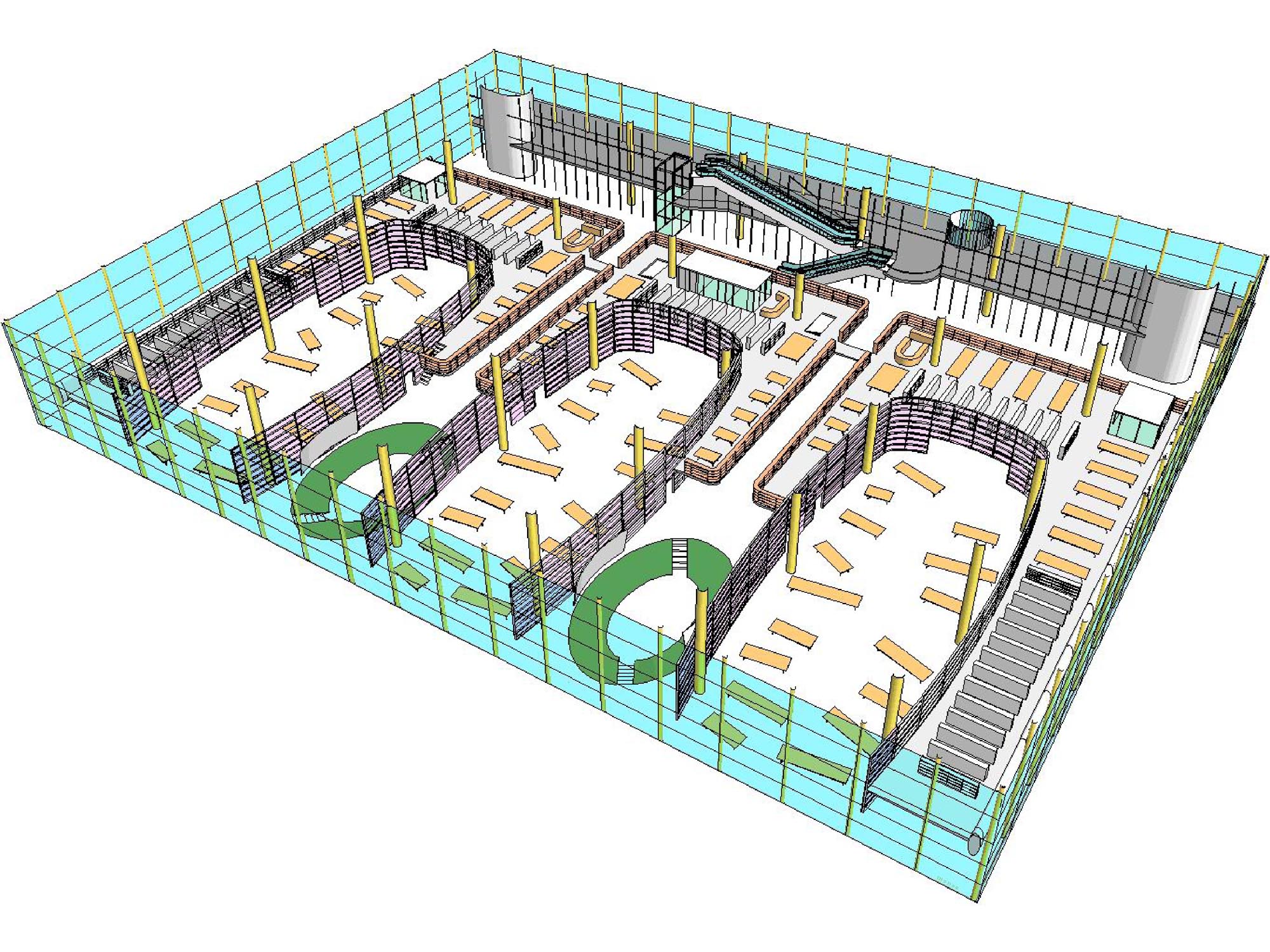 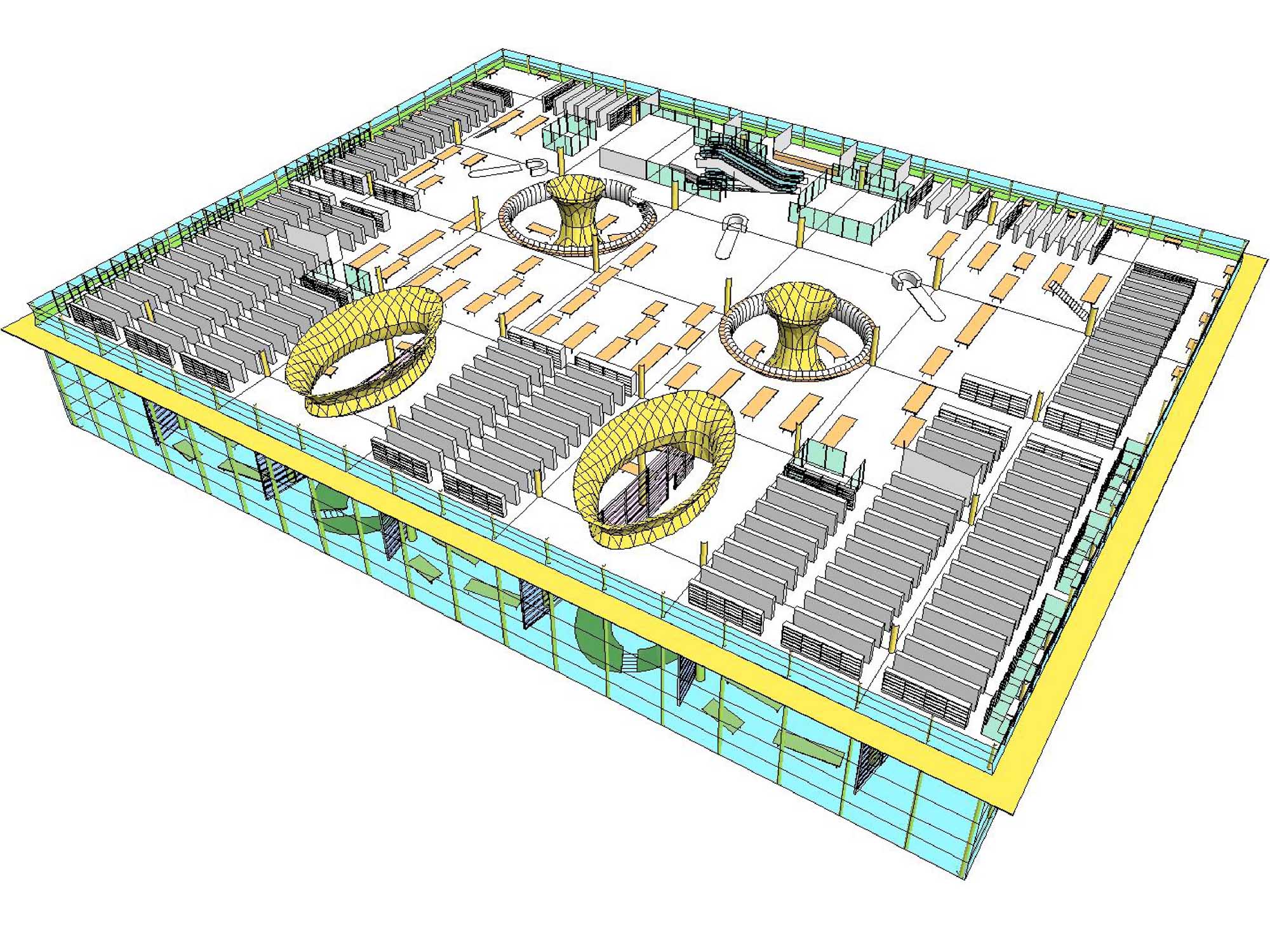 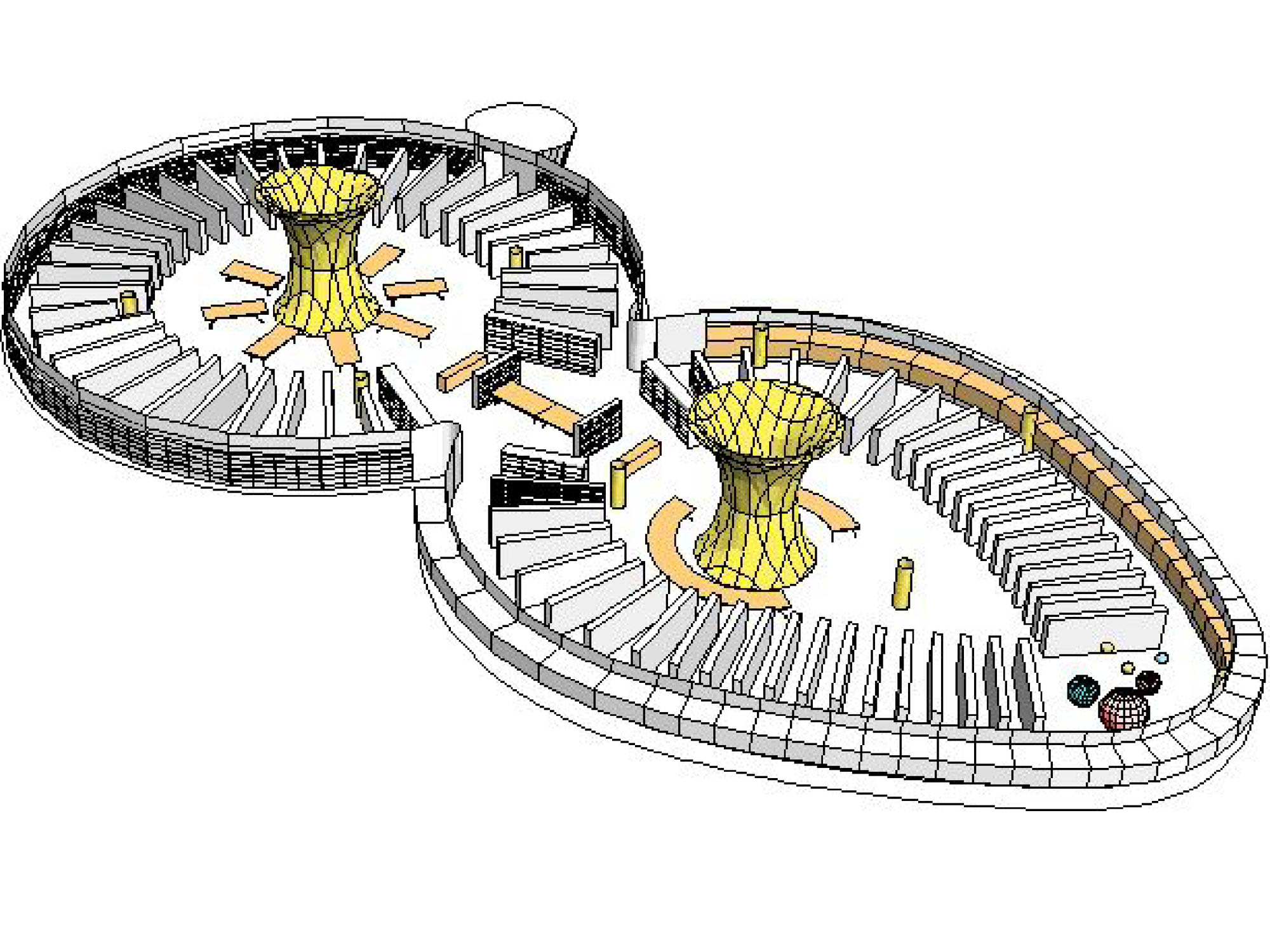 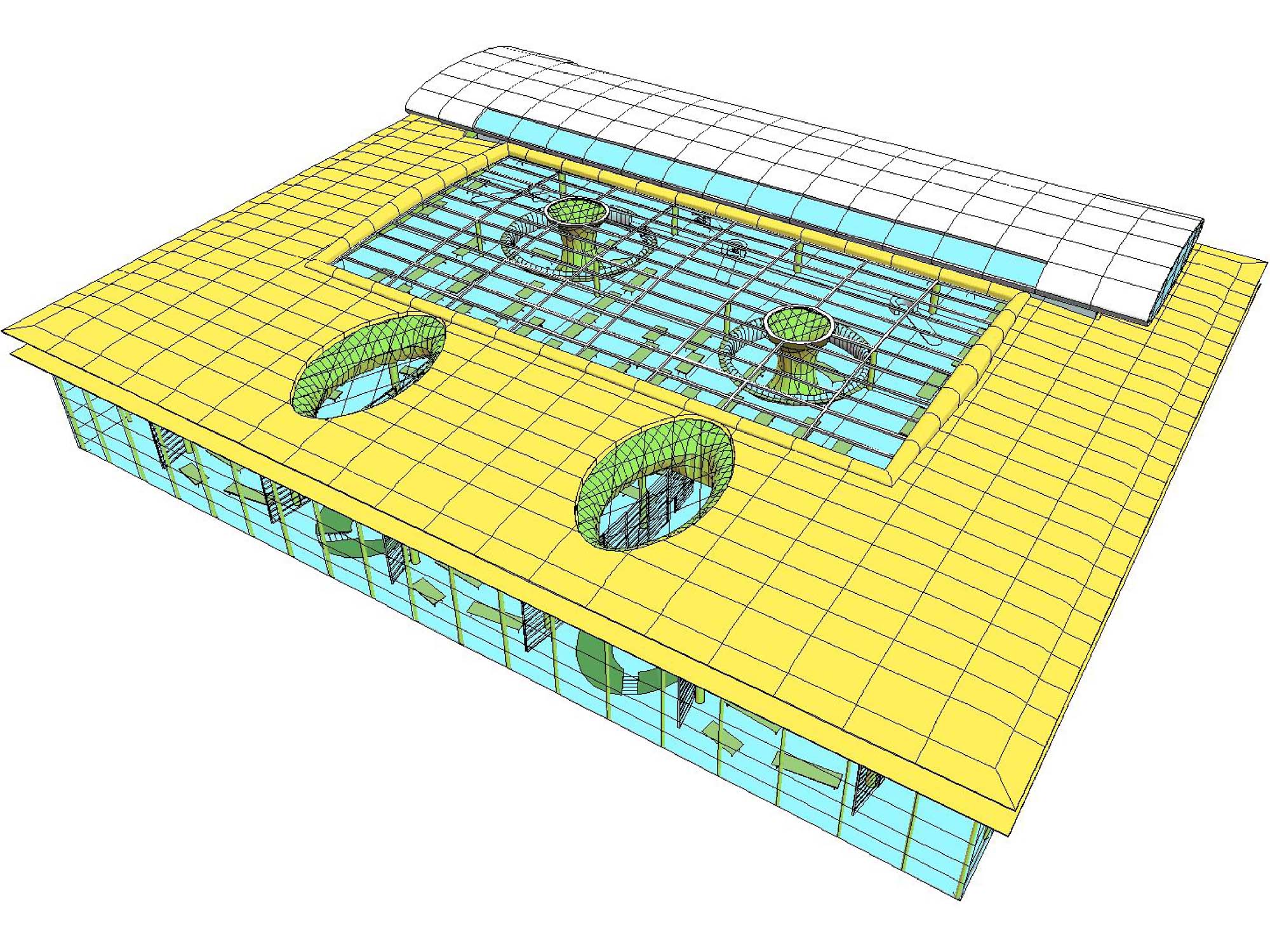 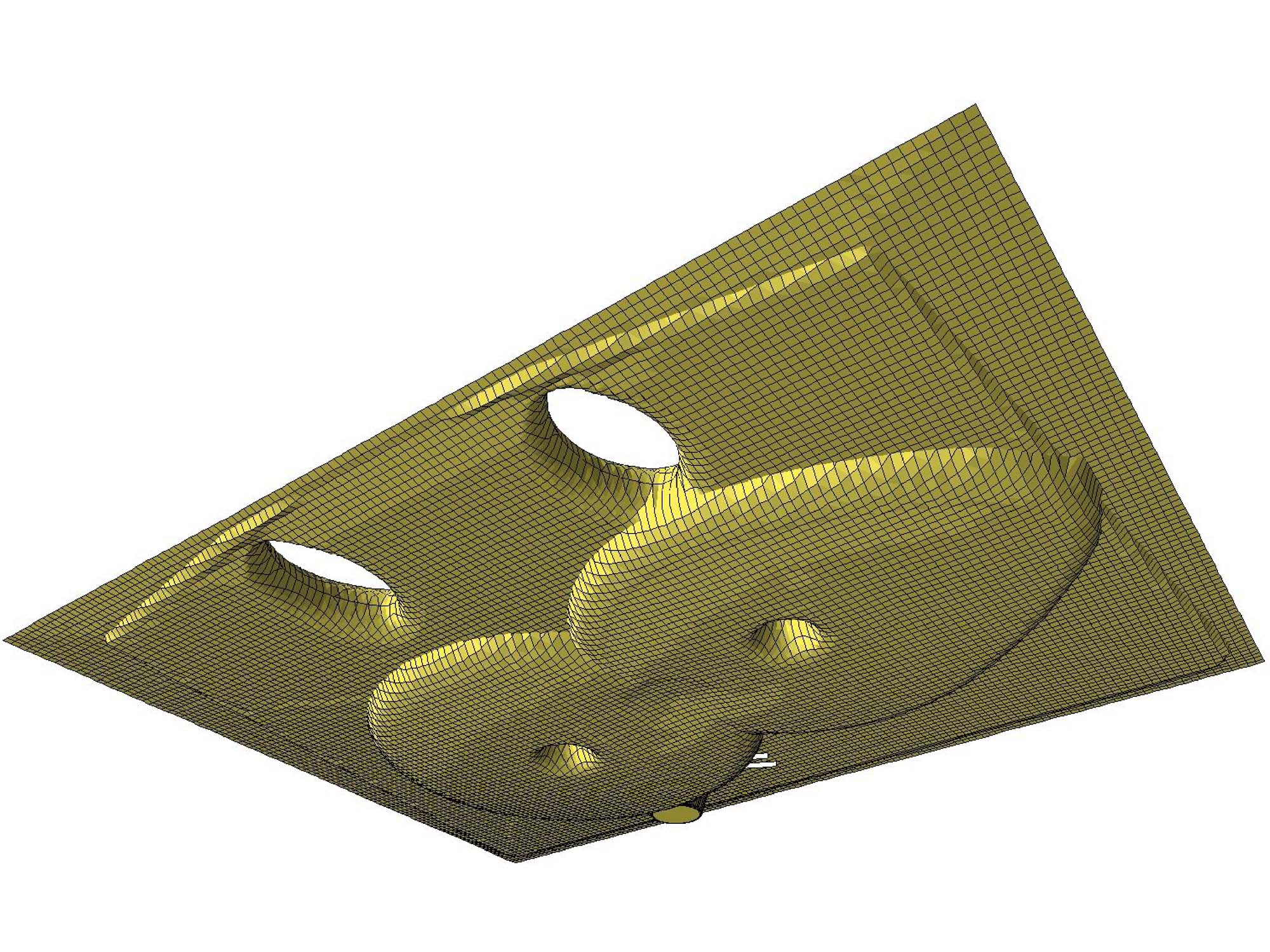 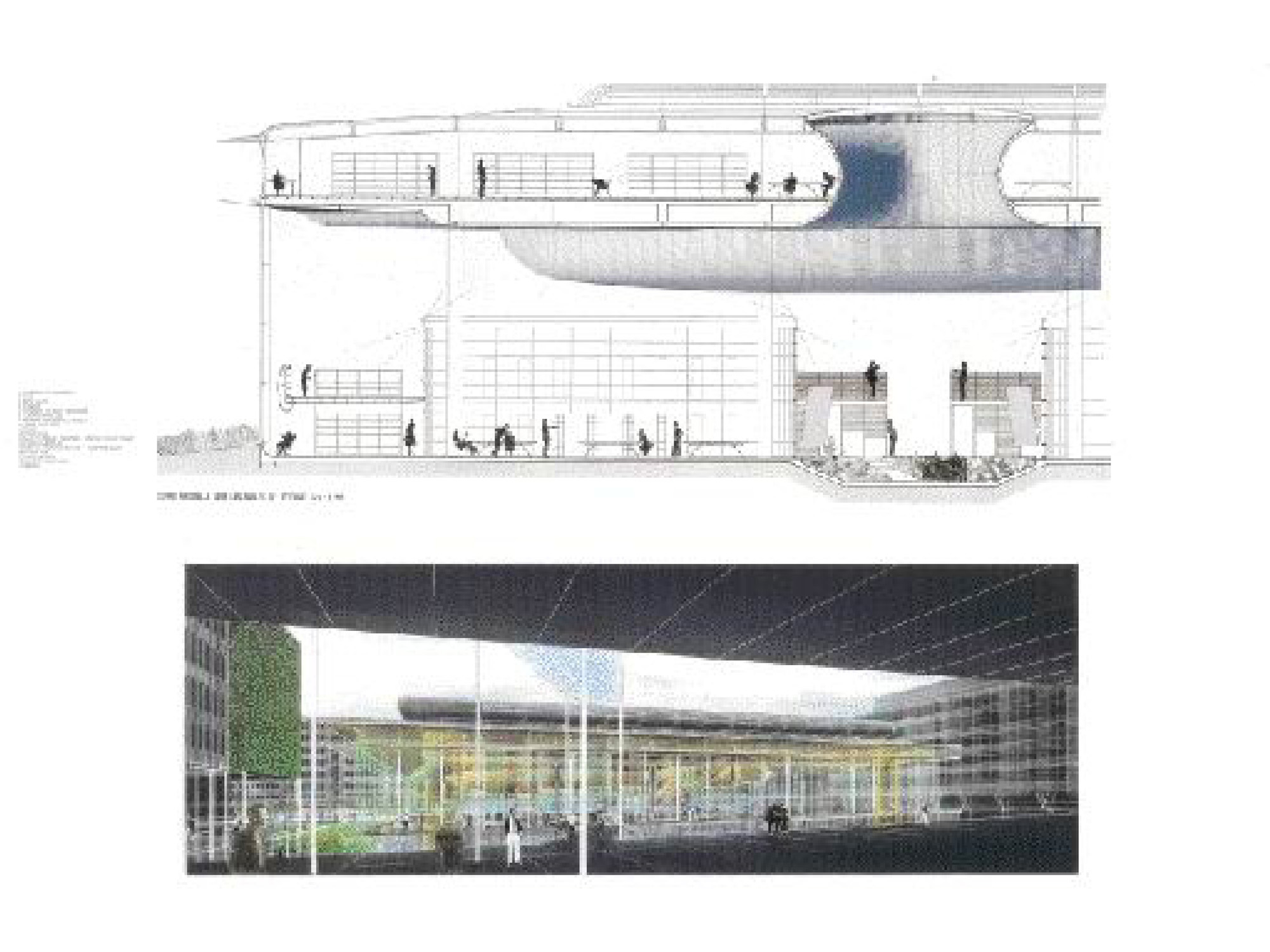 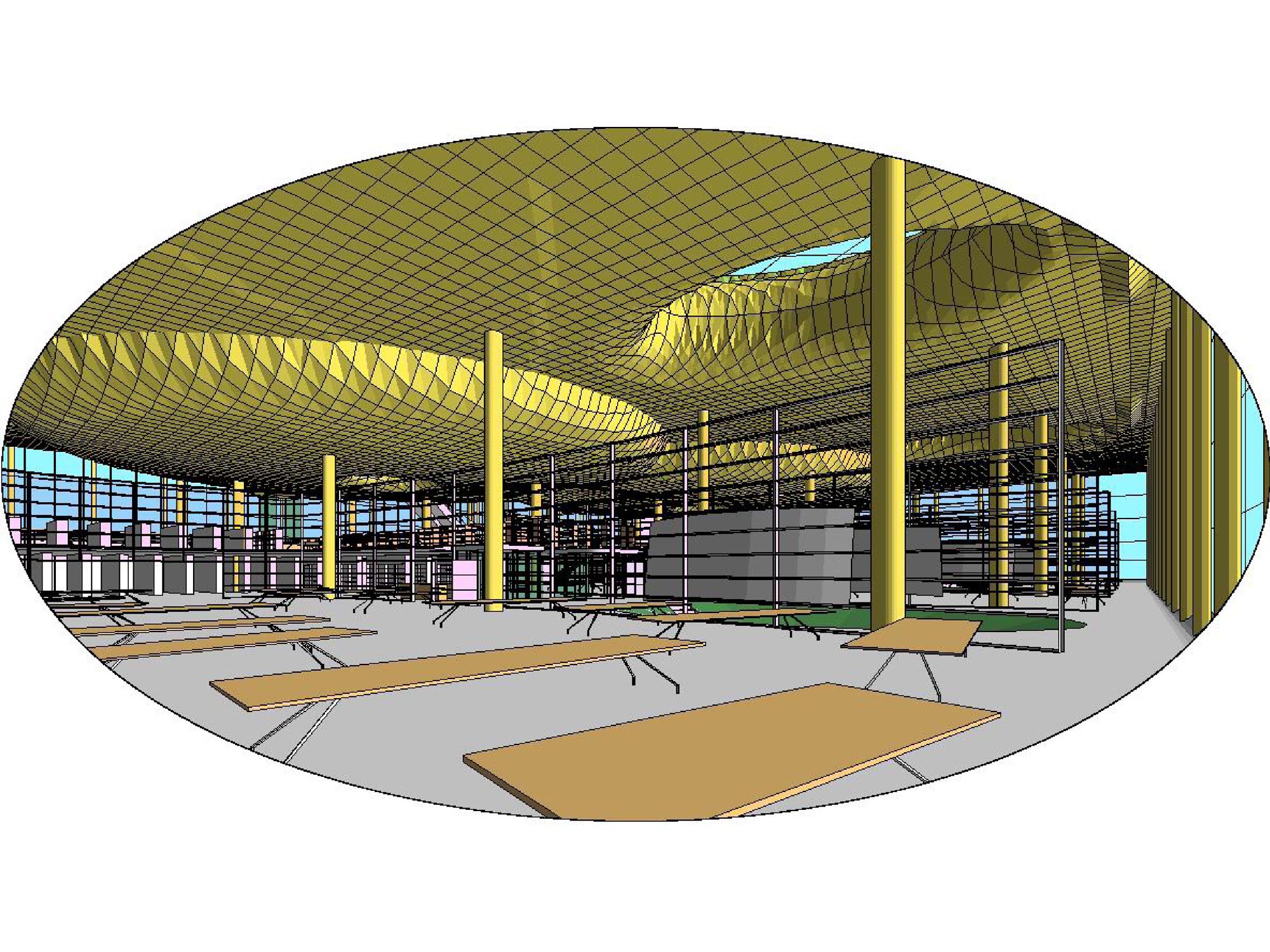 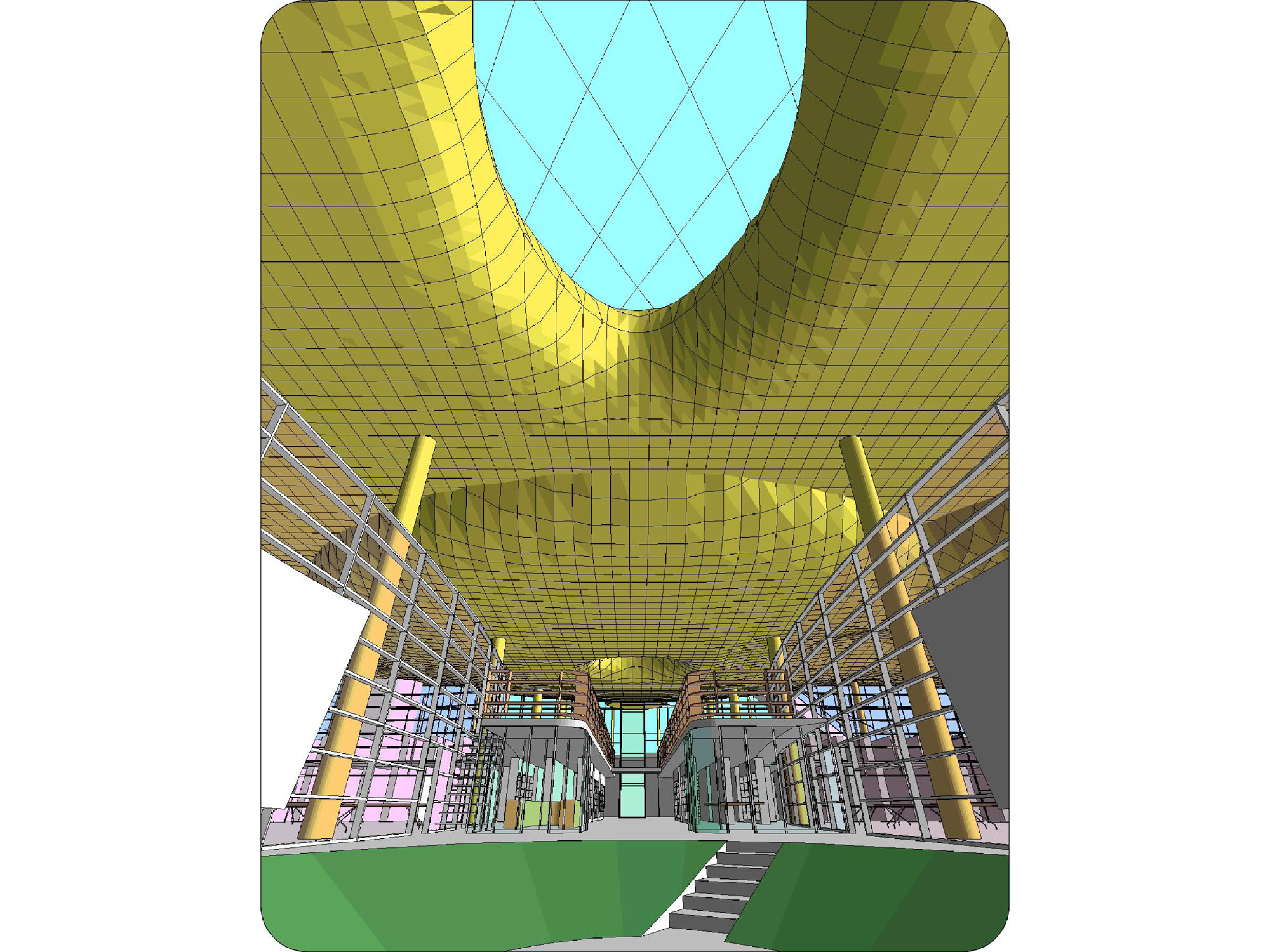 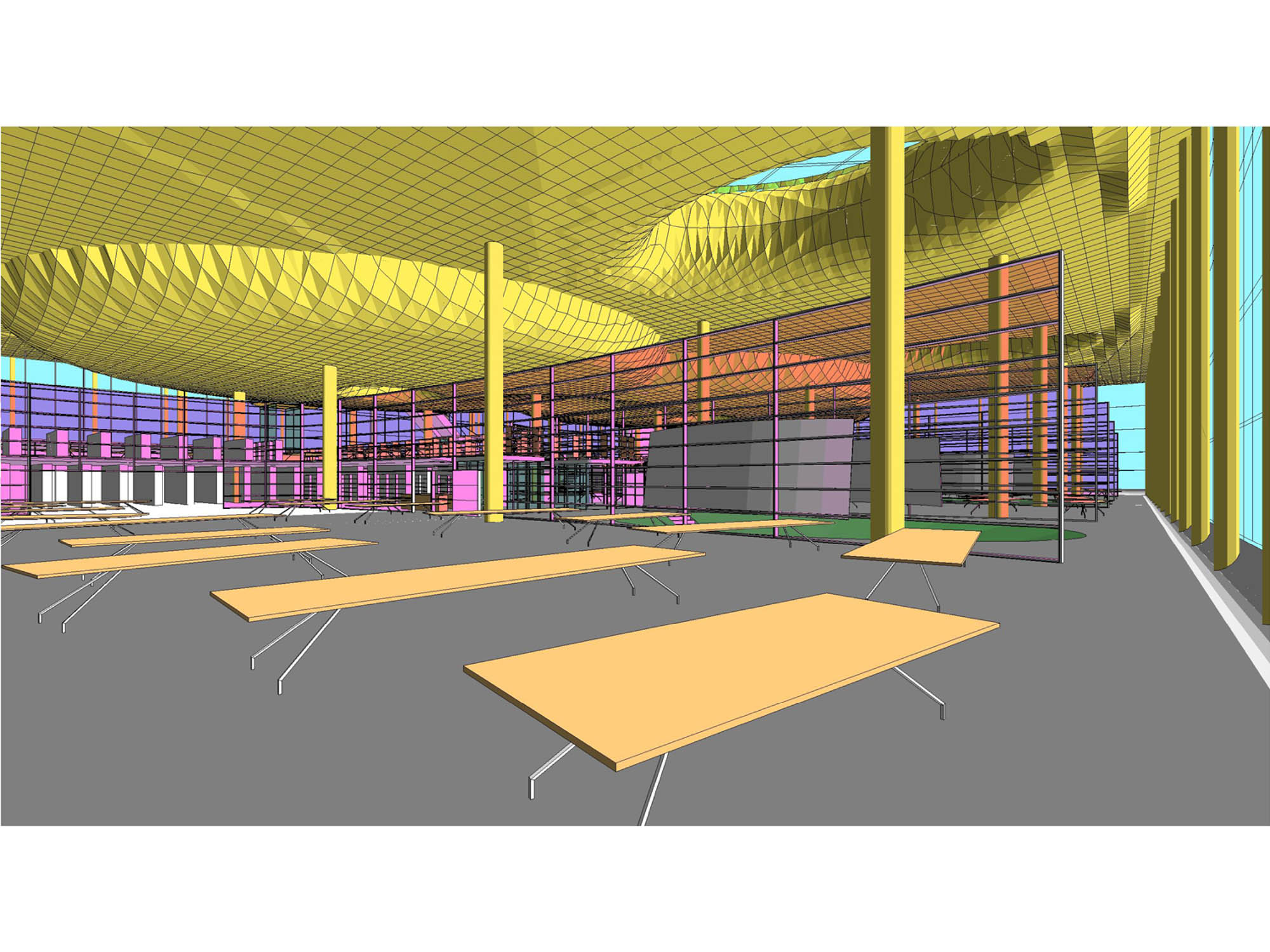 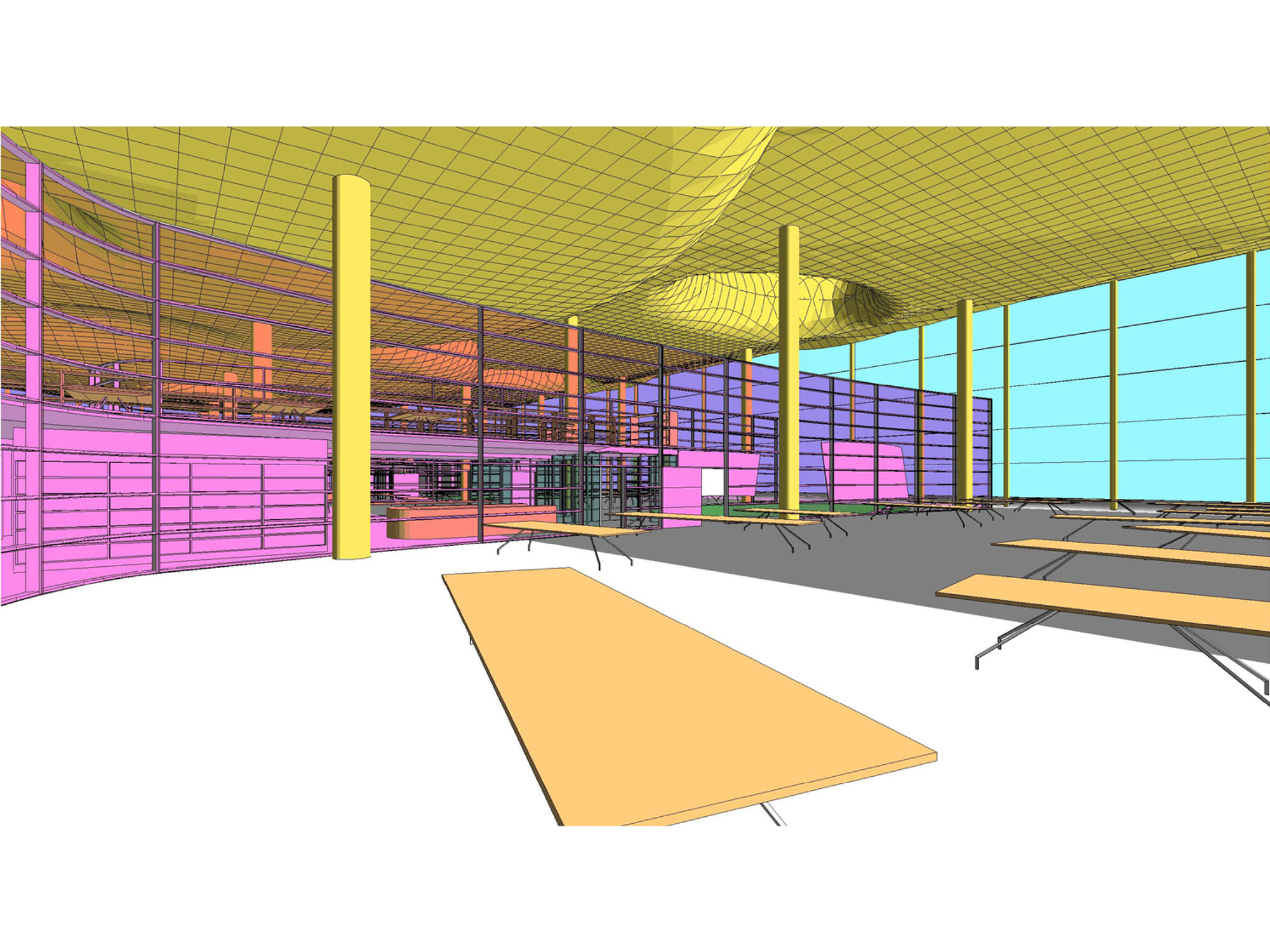 Jussieu is a dreadful construction. However, one should not despair of it - it is a model that is capable of evolving. Parallel to the addition of a library, it is necessary to complete the pieces that are missing in its grid pattern.

Jussieu needs a remarkable building, a counterpoint to its architectural indifference and sinister character. The library is the answer - its geometry is totally improbable, a radical alternative to the architecture of the campus.

The library redeems the site and at the same time, redeems the idea of the scientific community, which will find a way to express its strength here, in the visual effect of the assembled readers.

The library renews the image of the Ideal City, which Jussieu treats so coldly. The building is both suspended and overhung. It is also an imaginary space, a way of the grid system.