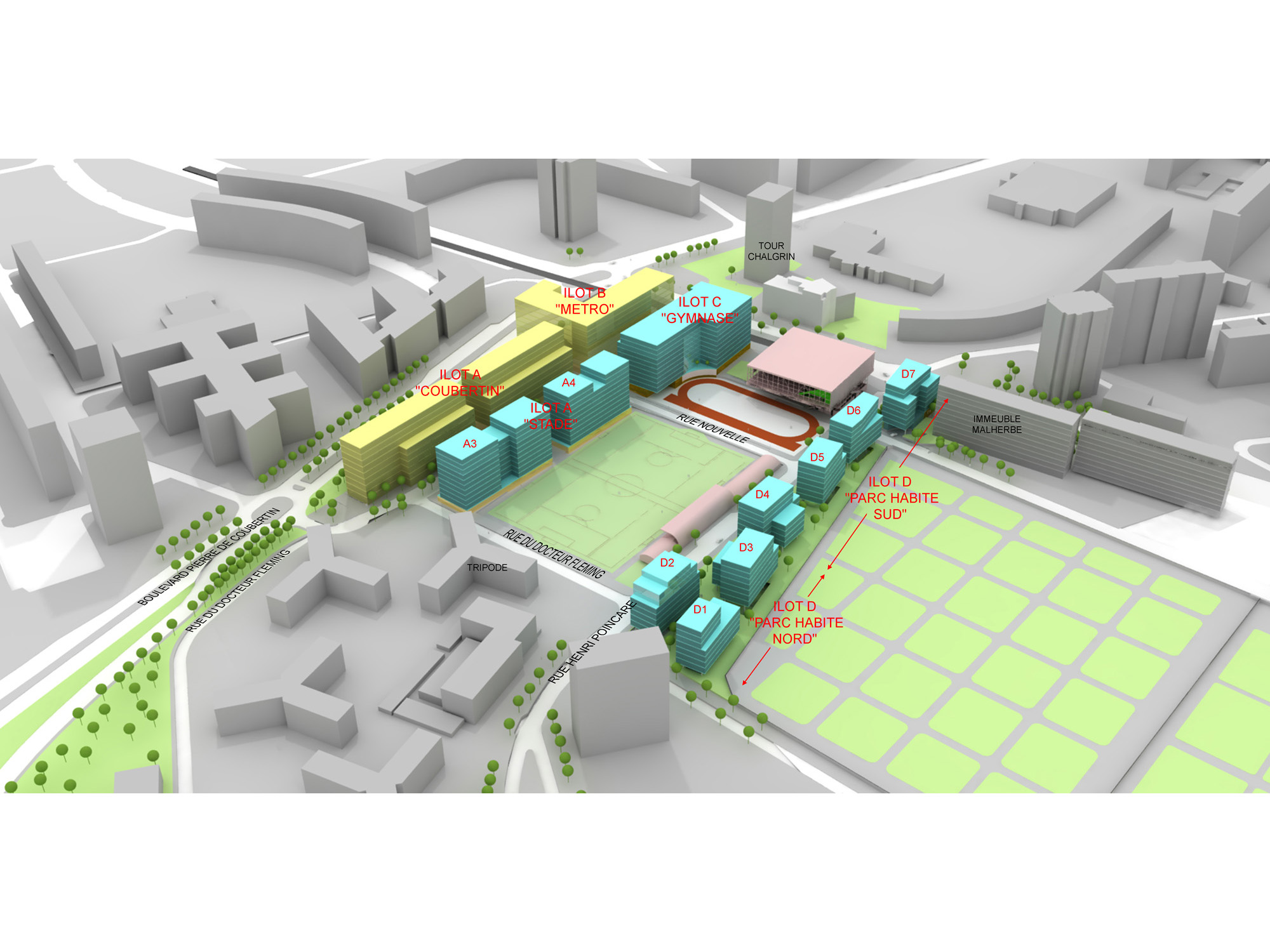 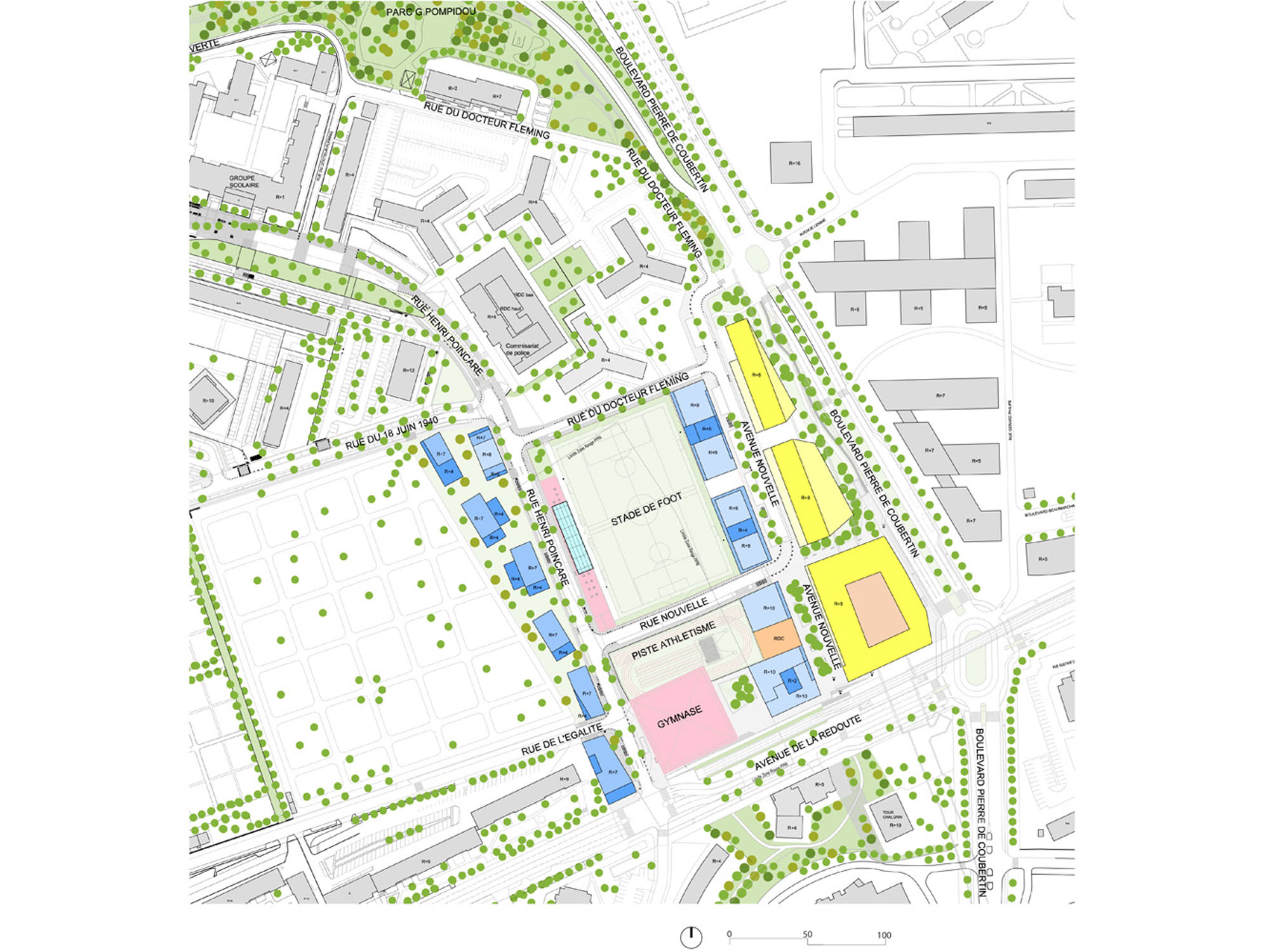 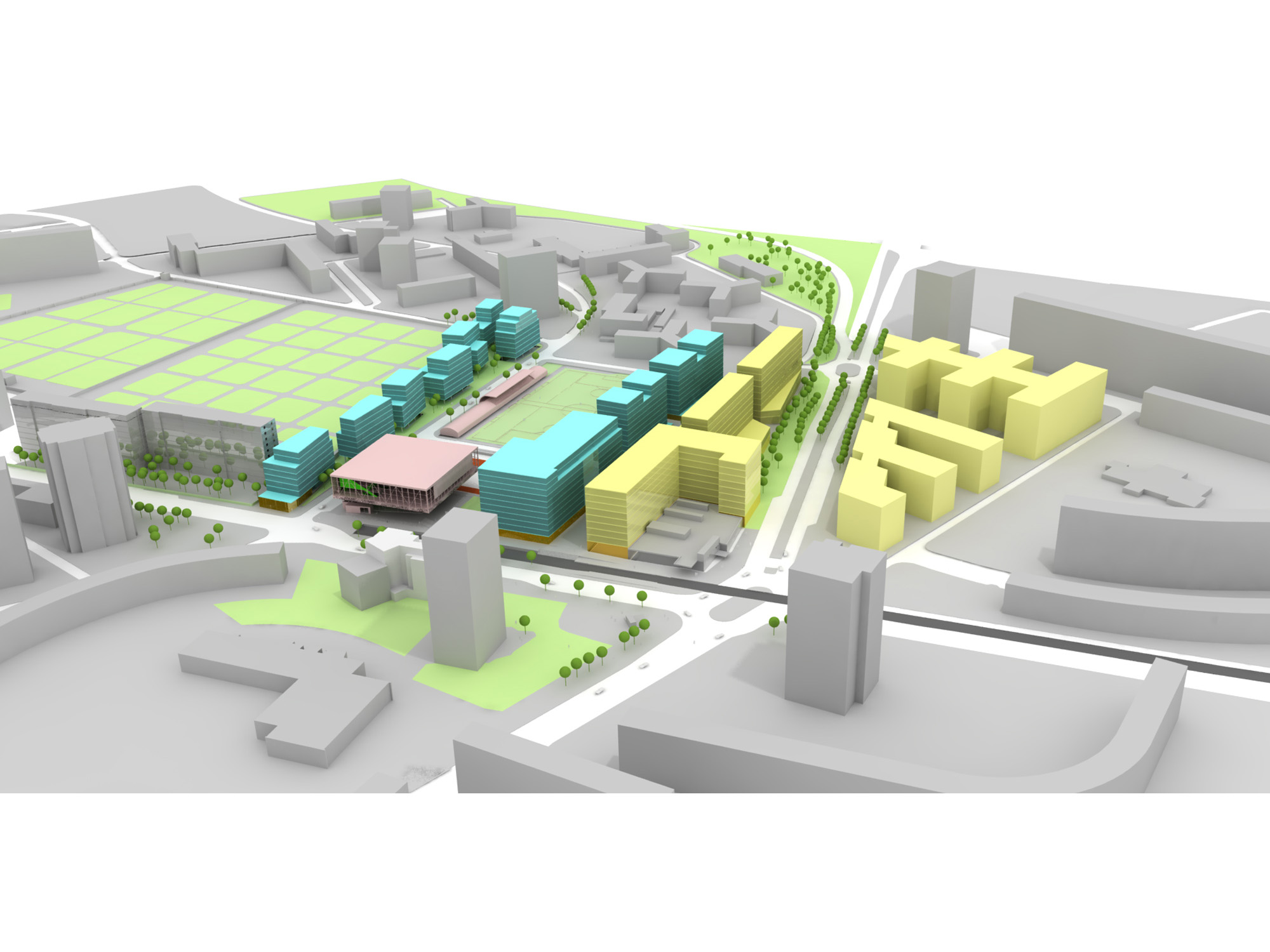 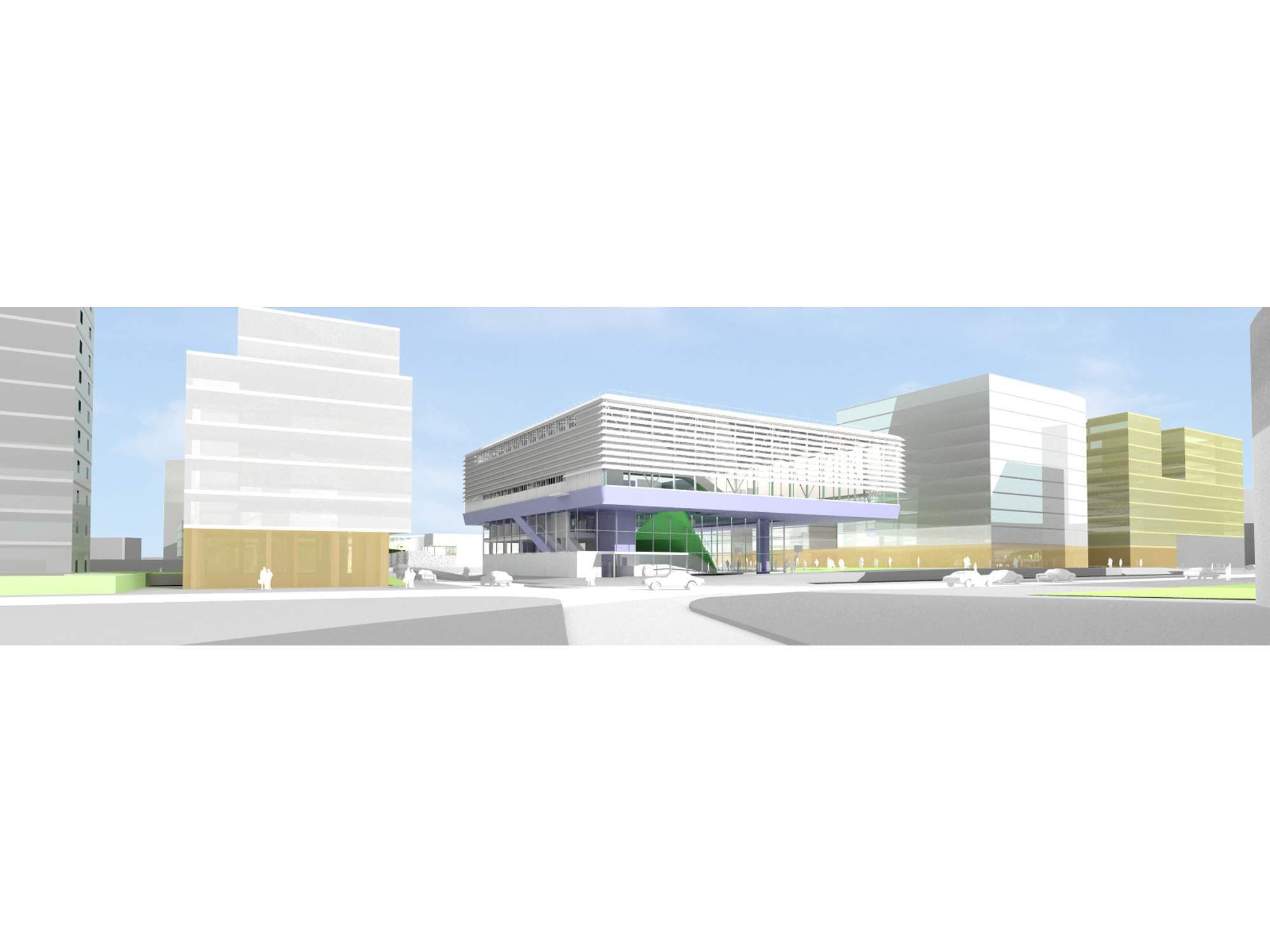 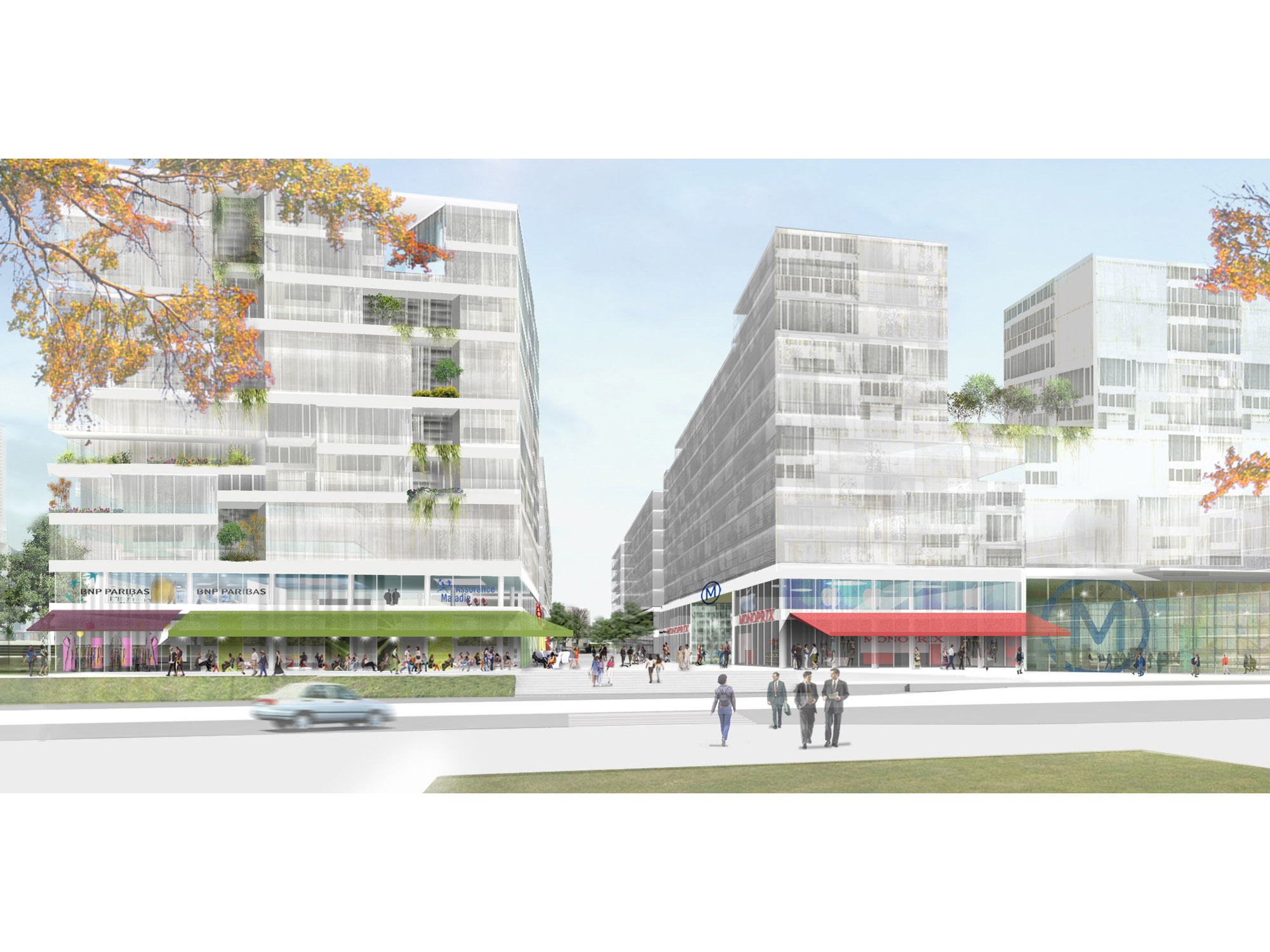 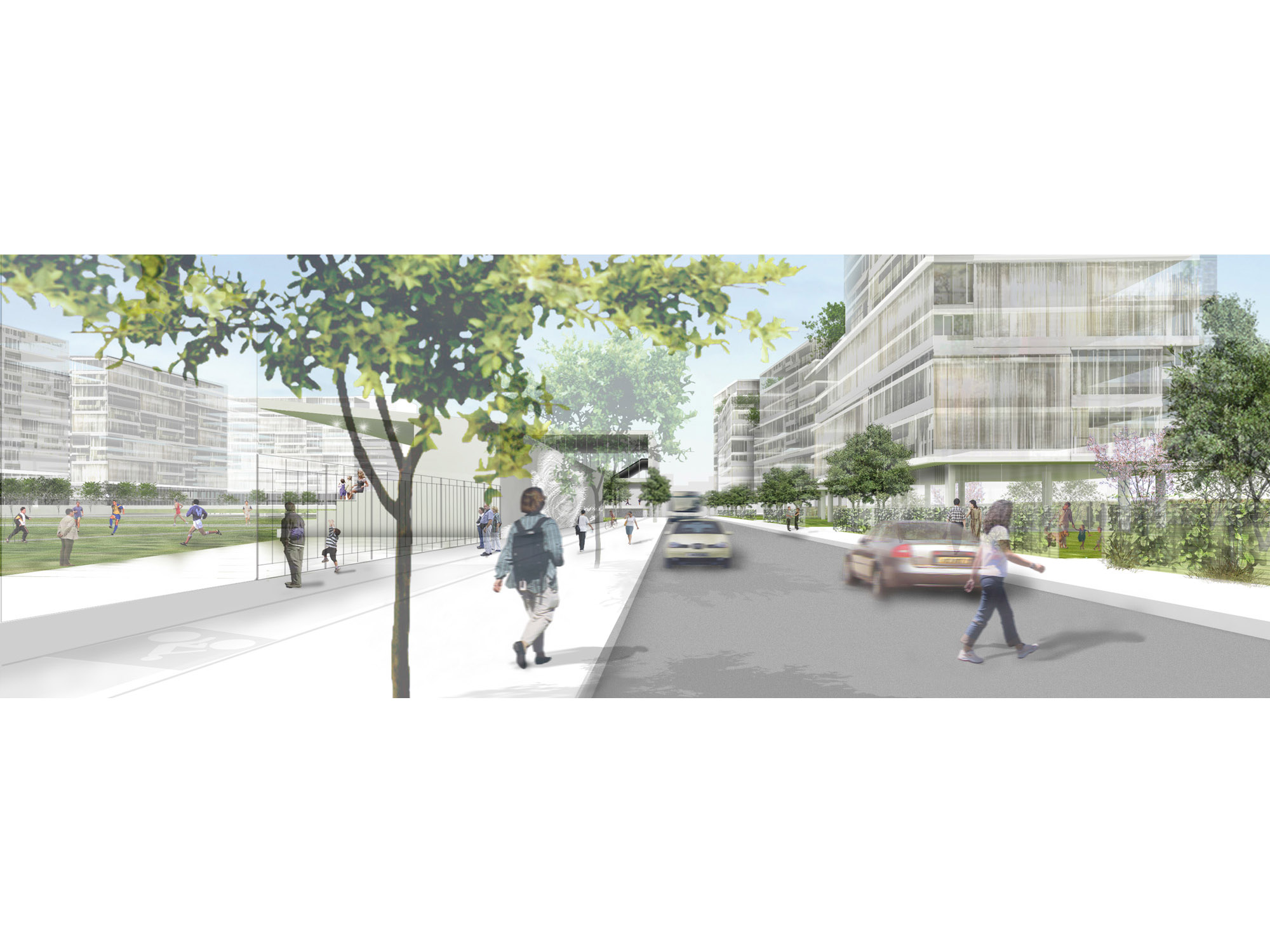 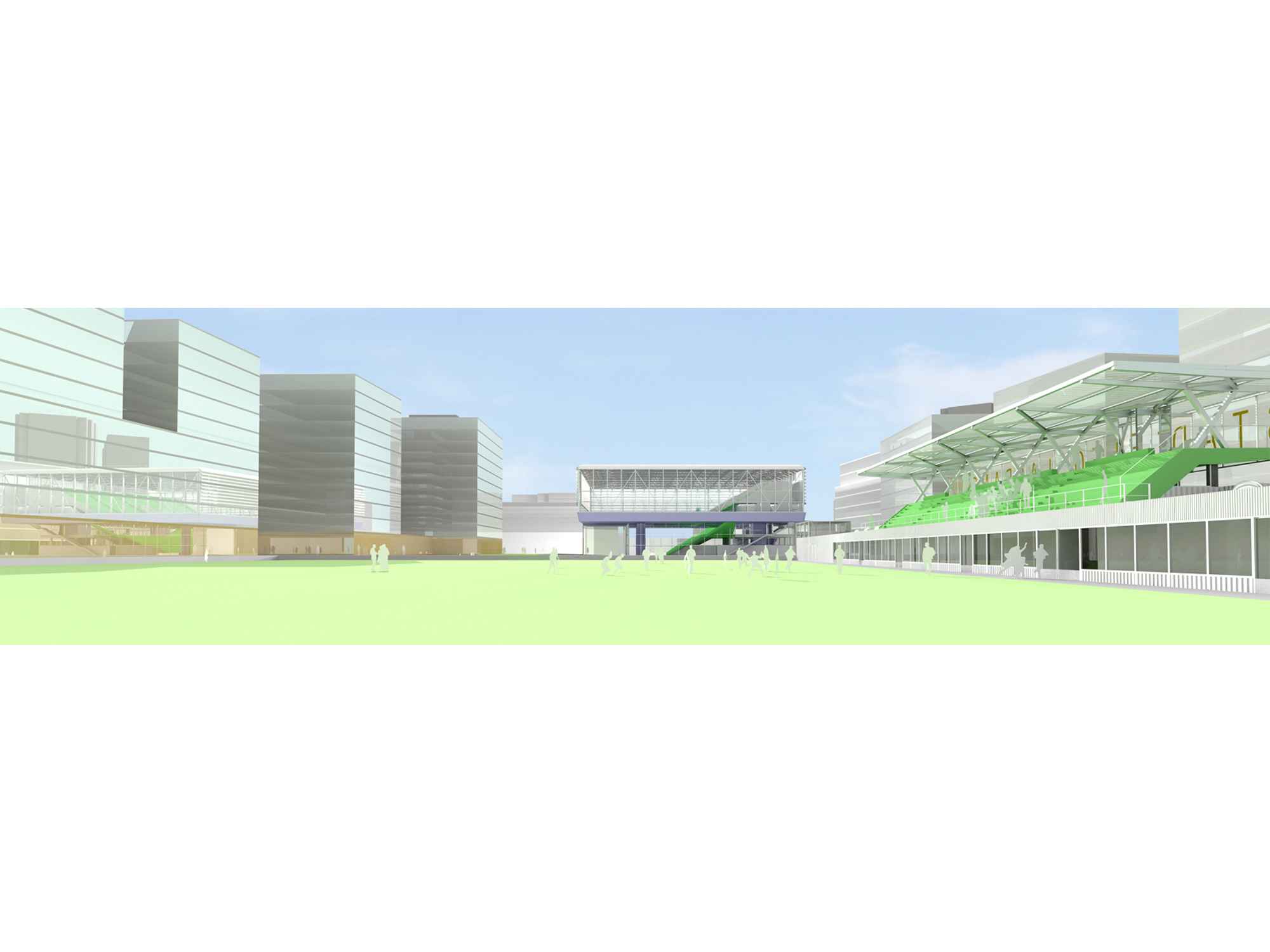 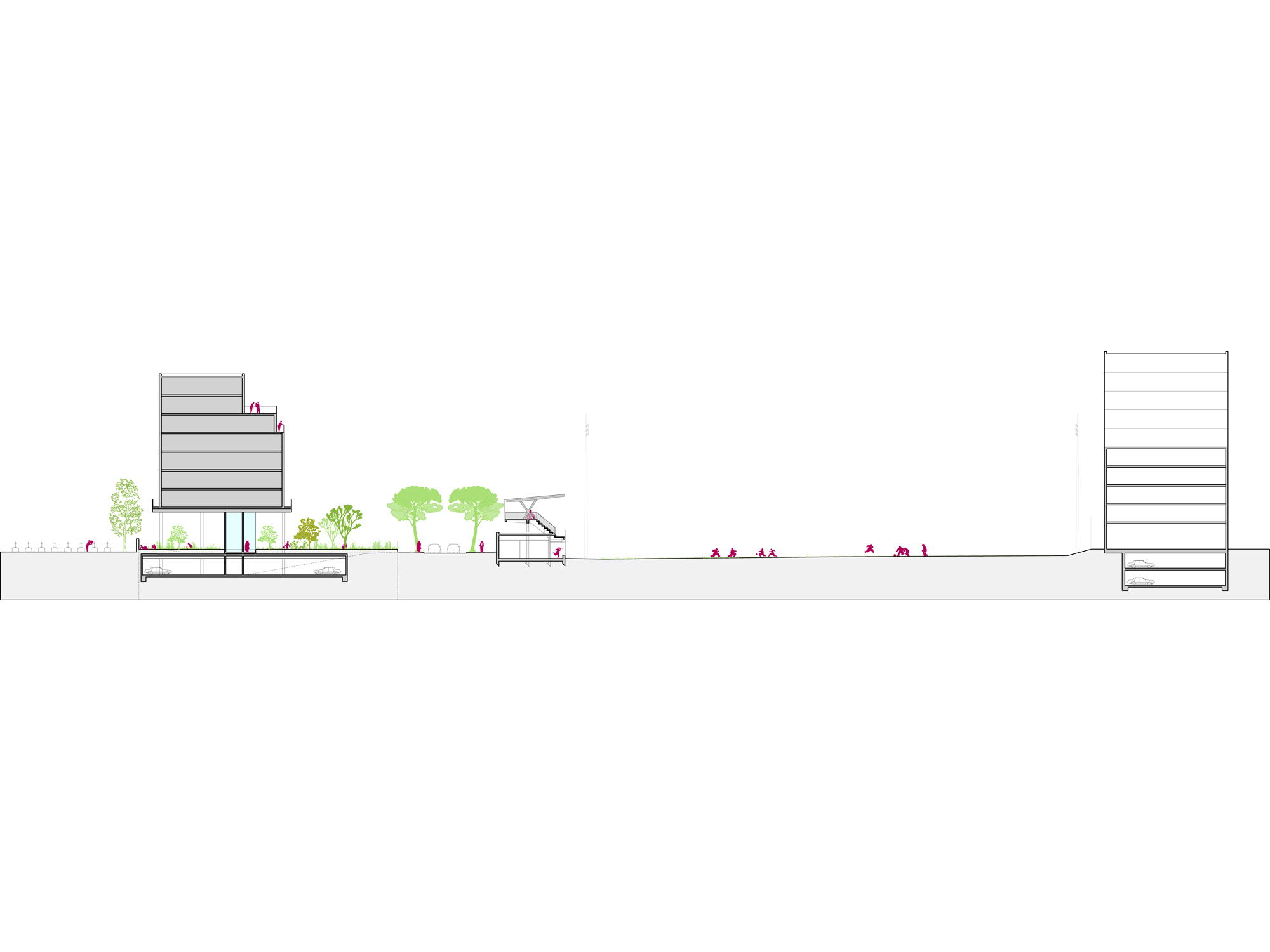 This urban program involves some 100 000 m² of housing, offices, commercial spaces and sports facilities.
The Architectural project includes a gymnasium whose main hall hosts a 1 000 spectators, a stadium whose bleachers accommodate seating for 300 and tracks.

The Courtilles neighborhood is marked by 1960’s style urban development and has been somewhat neglected. Today however the metro and tramway both run through it and the municipal authorities want to make the most of this fact to produce urban density and social diversity. They would also like to link up the northern part of the neighborhood to the new urban development along the main boulevard. The urban plan conserves the site’s open character - which is valued by the population - while it clarifies the urban structure by creating new facades along the main thoroughfares. The new constructions do not turn their backs on the existing buildings. On the contrary, the general plan brings them together into the new urban composition : they are simply organized around the vast open space dedicated to the outdoor sport activities. The neighborhood forms a whole So as to open up the urban fabric and to give views on its depth the forefronts and the imposing mass of the gymnasium do not obstruct the perception, from the boulevard, on the northern part of the neighborhood.

As the main hall of the gymnasium is raised, it serves as a landmark. It is largely windowed on all four sides and pedestrians, from multiple points in town, can actually see the spectators and the athletes. What is seen in this elevated arena conveys the idea of exceeding the ordinary condition and values the collective activities. Inside, the players and the spectators placed at that height find themselves truly amidst the town of Asnières. From this urban plateau they take full advantage of the panorama, rediscovering their city.

The stairways which provide access to the raised sport hall, form bleachers which can host festive events such as the July 4th national holiday, neighborhood parties, the “Fête de la Musique”, sports broadcasts, etc. The gymnasium stimulates the urban animation.