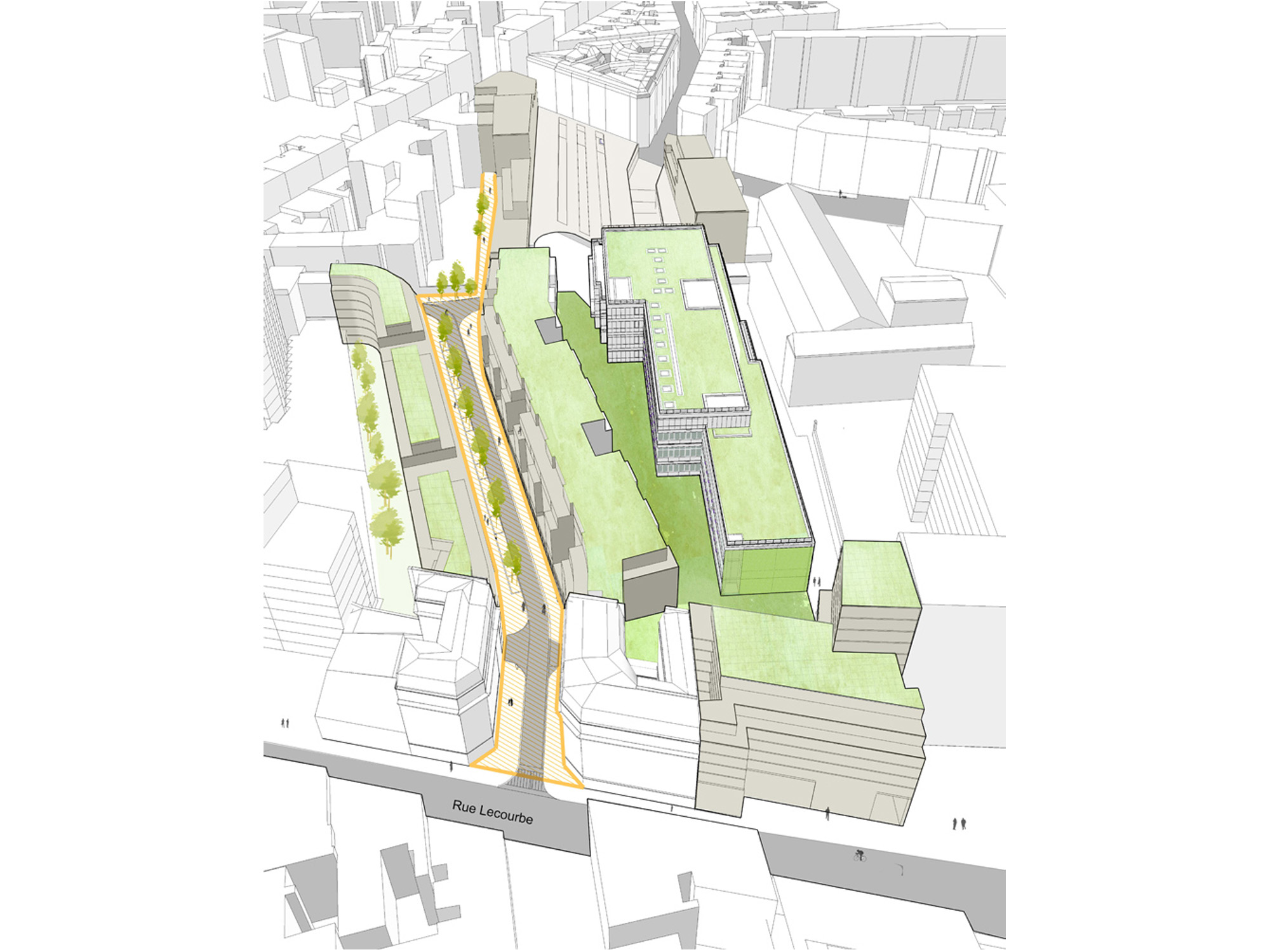 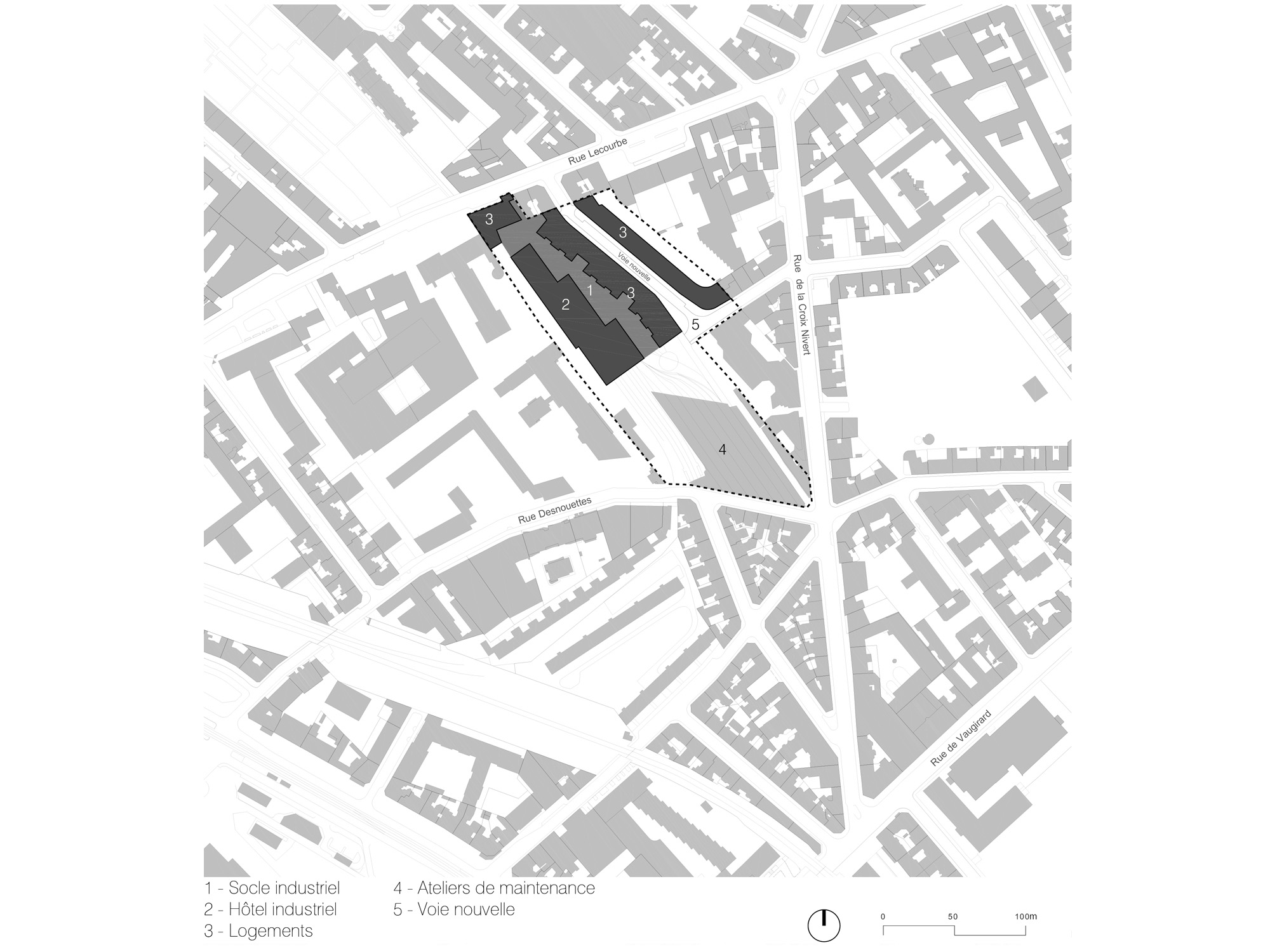 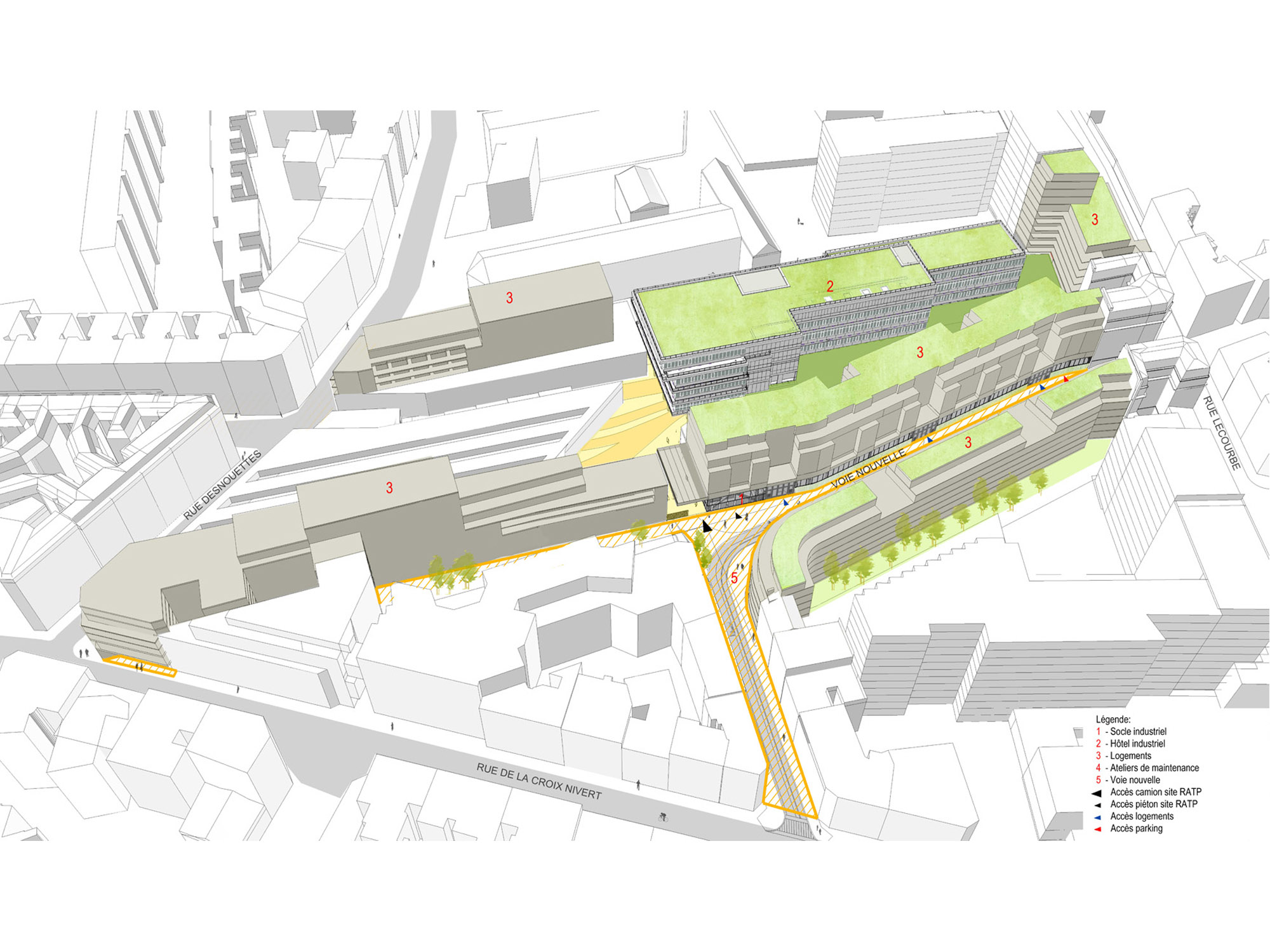 The site of 2.30 hectares is occupied by maintenance buildings for the RATP metro line 12. The plot is part of a very large urban block and it is an enclave with few facades on the adjoining streets.

The redevelopment objectives are :